Susanna Reid, 49, appeared on BBC’s flagship show Strictly Come Dancing in 2013 and was partnered with last year’s show winner Kevin Clifton, 37, who won the show with now-girlfriend Stacey Dooley. 2013 was Kevin’s first time as a pro dancer on the main show, so it was a brand new experience all round!

The pair came runners up – a brilliant start for Kevin, who praised the Good Morning Britain presenter for her efforts.

This week on his podcast, the Glitterball trophy winner embarked on a new mini-series titled Strictly Speaking, where he revisited his beginnings on the BBC dance competition.

Discussing everything from the creative process behind each dance they performed, the behind-the-scenes stories of what really went on to the impact of the show from a pro dancer’s perspective, he recalled how Susanna helped him deal with the cameras.

“Susanna is obviously so comfortable in front of the camera, she was a great first partner for me,” he admitted. 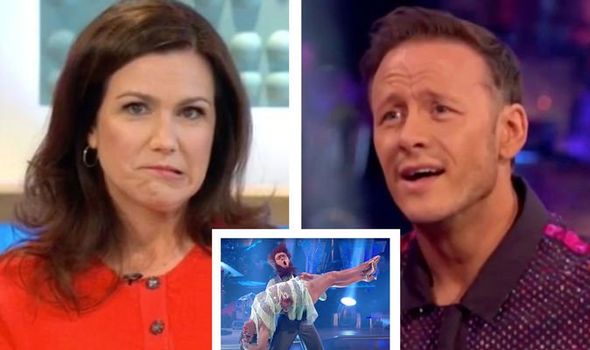 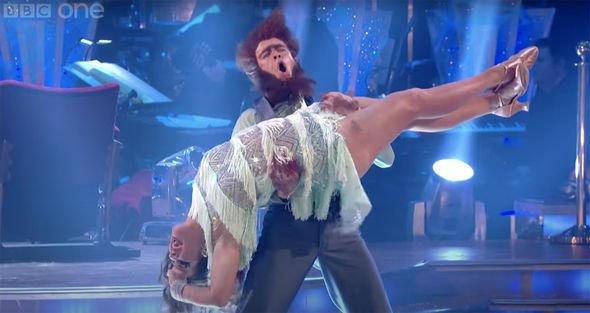 As he went through each dance from weeks one to six, which is halloween week, he remembered their costumes that stole the show.

“The Strictly costume department and hair and make-up team are literally the best in the business and they can do anything!”

The pair danced the Charleston to Bad Moon Rising by Creedence Clearwater Revival, and received an impressive 34 for their fancy footwork and creative flow.

Kevin was dressed as a werewolf, whereas Susanna donned a sassy flapper girl get-up.

Although he praised the costume department for their hard work, he admitted he looked more like a “garden gnome” than a werewolf. 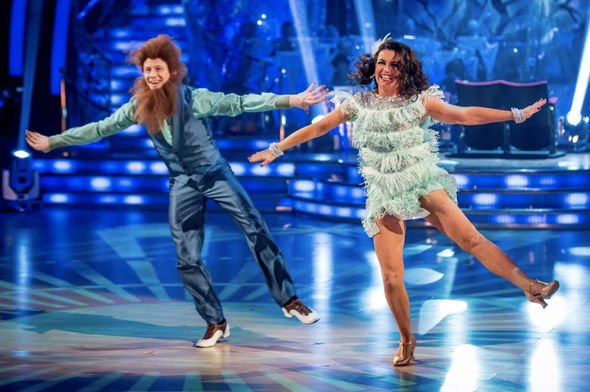 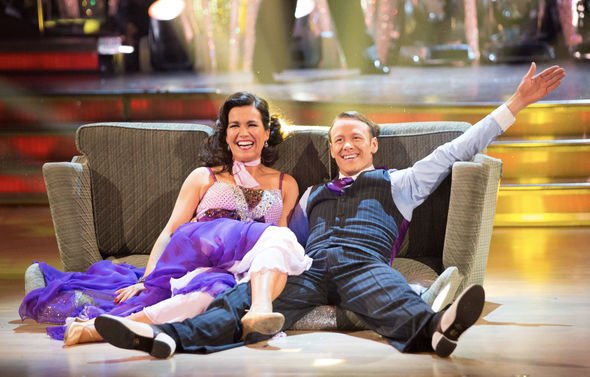 Describing the last lift of the dance, he revealed Susanna was left “mortified” after a photo captured the couple in a position that looked like something rather rude was going on with the telly host.

Kevin explained that because of his consume, his hands were covered in hair and when he came to lift Susanna, it made it look like “something had gone wrong”.

“I was holding one of her legs but quite high but it [his hand] was really hairy,” he laughed.

“So you can imagine what it looked like was going with Susanna – it happened to be the cover picture of Strictly on BBC iPlayer and it looks for all the world that Susanna had some kind of accident!

“It was very hairy, that’s the only way I can describe it without being too rude,” he hooted.

After the dancer composed himself, he confessed he will “always remember” their “memorable” Charlston from that picture.

The sentimental look back on his career came after he announced he will be leaving Strictly earlier this year, after 7 years on the show.

Taking to Twitter, the 37-year-old said: “Since first being called ‘Kevin From Grimsby’ by Sir Bruce Forsyth in 2013 I have experienced the highs of five finals, winning a Guinness World record on It Takes Two, the Strictly Arena tour Glitterball and then the ultimate of winning the 2018 series with Stacey Dooley.

“After finishing last series with the Children In Need trophy and the Christmas special I want to leave on a high and have therefore decided the time has come to move on and focus on other areas of my life and career.

“I want to thank all of the pros for inspiring me every day as well as all of my celebrity partners. The whole team behind the scenes have always made the Strictly family what it is and the loveliest show to work for.

“Thank you to anyone who has ever voted for me and my partners. It means the world.”

He added that Strictly was “the best show on TV”, and it had been “an absolute dream and honour” to be a part of it.

Strictly returns this later this year on BBC.

Good Morning Britian airs weekdays at 6am on ITV.

END_OF_DOCUMENT_TOKEN_TO_BE_REPLACED

END_OF_DOCUMENT_TOKEN_TO_BE_REPLACED
Recent Posts
We and our partners use cookies on this site to improve our service, perform analytics, personalize advertising, measure advertising performance, and remember website preferences.Ok