Taylor Swift Shouts Out Anita Baker for Reclaiming Her Masters 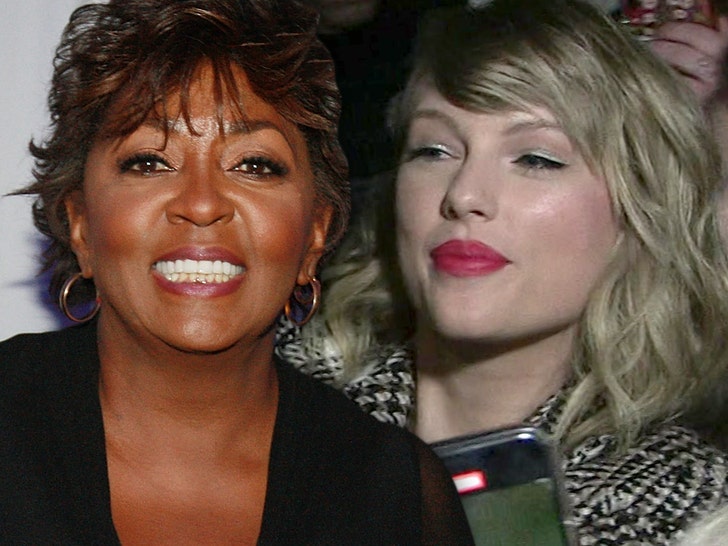 Taylor Swift is giving Anita Baker her flowers, because the woman was able to do what TayTay’s fighting so hard for right now … namely, ownership of her master recordings.

The pop star showered on praise Saturday night upon the recent news this week that Anita had regained control of her OG catalog … this after YEARS of trying to get her hands on them from her record label, and having to fight more when they apparently put up a fight.

Anita tweeted out the news on Thursday, writing … “All My Children Are Coming Home,” attaching a photo of her first 5 albums, “The Songstress,” “Rapture,” “Giving You the Best That I Got,” “Compositions” and “Rhythm of Love” — all pretty much from the ’80s.

Taylor caught wind of this and responded, “What a beautiful moment, CONGRATULATIONS ANITA!!” AB saw that and shouted her out right back, saying … “Thank You, for Your *Fire & Support!! It Inspires us all, to move Mountains.” So, the respect is mutual.

BTW, Anita’s fans are pretty loyal — because a good chunk of them politely asked if they had the all clear to start streaming her music … following her strict instruction this past March to refrain from doing so since she was still battling with the label, and wouldn’t see profits.

Now, Anita has given the green light to “stream on” … and it seems folks are doing just that.

As for Taylor, she’s gone a different route for her masters. Like we’ve told you … TS is re-recording her entire Big Machine catalog anew and releasing them as “Taylor’s Version” … which means all the hits that made her famous will get new life, and new ownership — seeing how the OGs are in the hands of the private company now, thanks to Scooter Braun.

So, far “Fearless” is the only re-recording that’s out — the new “Red” is expected to hit shelves sometime in the fall. And, it sounds like Anita’s behind her all the way.