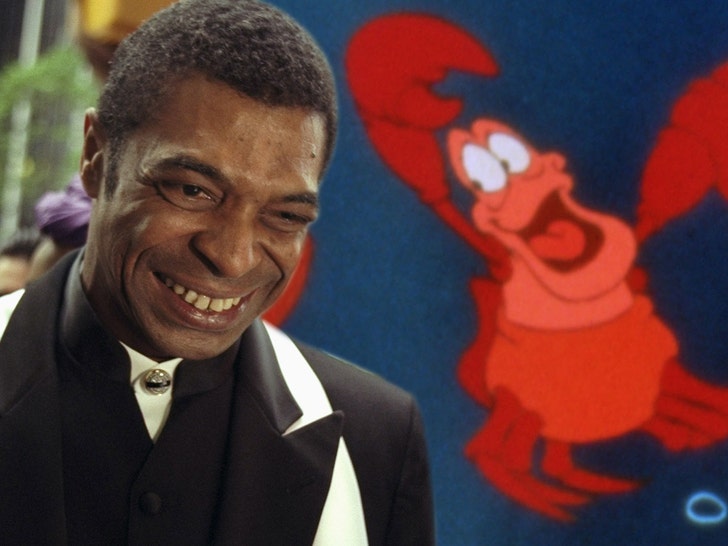 Samuel E. Wright — known by millions as the voice of Sebastian the crab in “The Little Mermaid” — has died … TMZ has learned.

Wright’s hometown of Montgomery, New York broke the sad news on Facebook, saying … “Sam was an inspiration to us all and along with his family established the Hudson Valley Conservatory.”

The Town of Montgomery did not mention a cause of death, but added … “On top of his passion for the arts and his love for his family, Sam was most known for walking into a room and simply providing PURE JOY to those he interacted with. He loved to entertain, he loved to make people smile and laugh and he loved to love.”

All of those characteristics were on full display when he brought to life one of the most beloved characters from the legendary 1989 Disney film. Voicing Sebastian, Sam was responsible for singing 2 of its most popular songs — both Oscar-nominated — “Under the Sea” and “Kiss the Girl” … the former won for Original Song.

Sam continued to work with Disney as the voice of Sebastian in “The Little Mermaid” sequels and a TV series, and also lent his voice in the 2000 movie, “Dinosaur.”

Before his voice made him famous, Wright worked for more than a decade as an actor with roles on “Enos,” “All My Children” and “The Cosby Show.” He also co-starred with Forest Whitaker in the underrated Clint Eastwood film, “Bird.”

Wright was also known for his theater work, appearing in musicals like “Jesus Christ Superstar,” “Pippin” and for originating the part of Mufasa for the Tony-award winning ‘Lion King’ musical.