The Umbrella Academy is Netflix’s oddest take on the superhero genre to date. Based on the Dark Horse graphic novels written by Gerard Way and illustrated by Gabriel Bá, it considers a question rarely asked by comic book series about those who grow up with superpowers. Namely, how screwed up are these kids once they hit adulthood? The answer is very, creating a set of superpowered people who have super emotional issues. But after two seasons, the Hargreeves siblings seem to have gotten their heads on straight. So will there be a The Umbrella Academy Season 3?

When The Umbrella Academy first debuted in 2019, it was just after Netflix officially canceled the last of its collaboration with Marvel TV. The proximity of Marvels’ demise to the Dark Horse Comics show’s premiere drew inevitable comparisons. But it also felt like Netflix had made a choice. Why traffic in standard middle-of-the-road superheroes when you could go super off-the-wall instead?

The audience seemed to agree. In April of 2019, Netflix announced the show drew 45 million viewers in its first month. Season 2 seems to have also been just as popular, dominating the social media conversation upon arrival, even though no official numbers have been released yet. 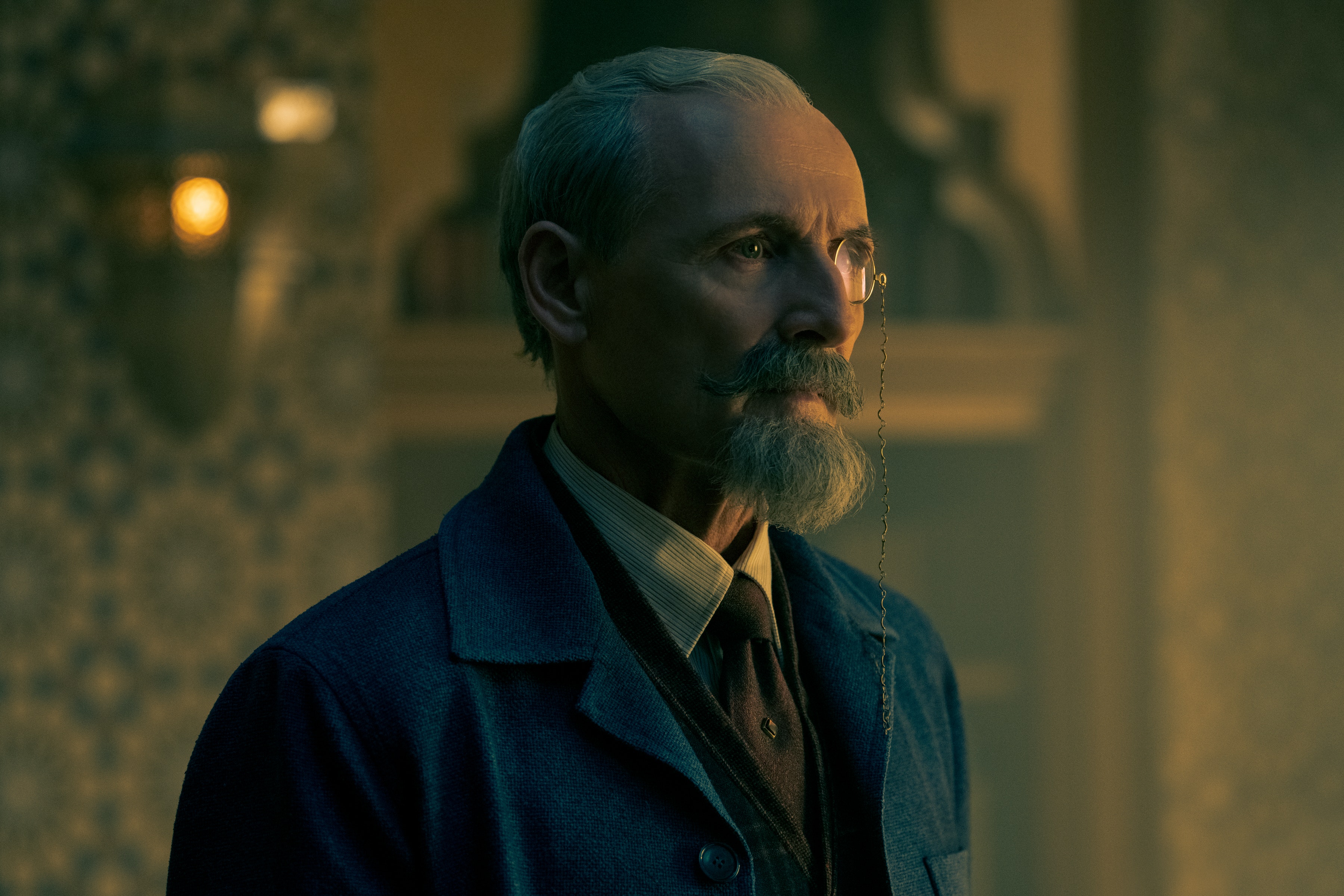 The current assumption is that there will be a third season of The Umbrella Academy, due to its continued popularity. But where such things were once a given at Netflix, that’s not quite the case. Audience numbers for the first month are what determine if there will be a renewal. Netflix has not released official numbers, but Nielsen estimates rank it as the most-streamed series for August 2020, making it a shoo-in for another round. 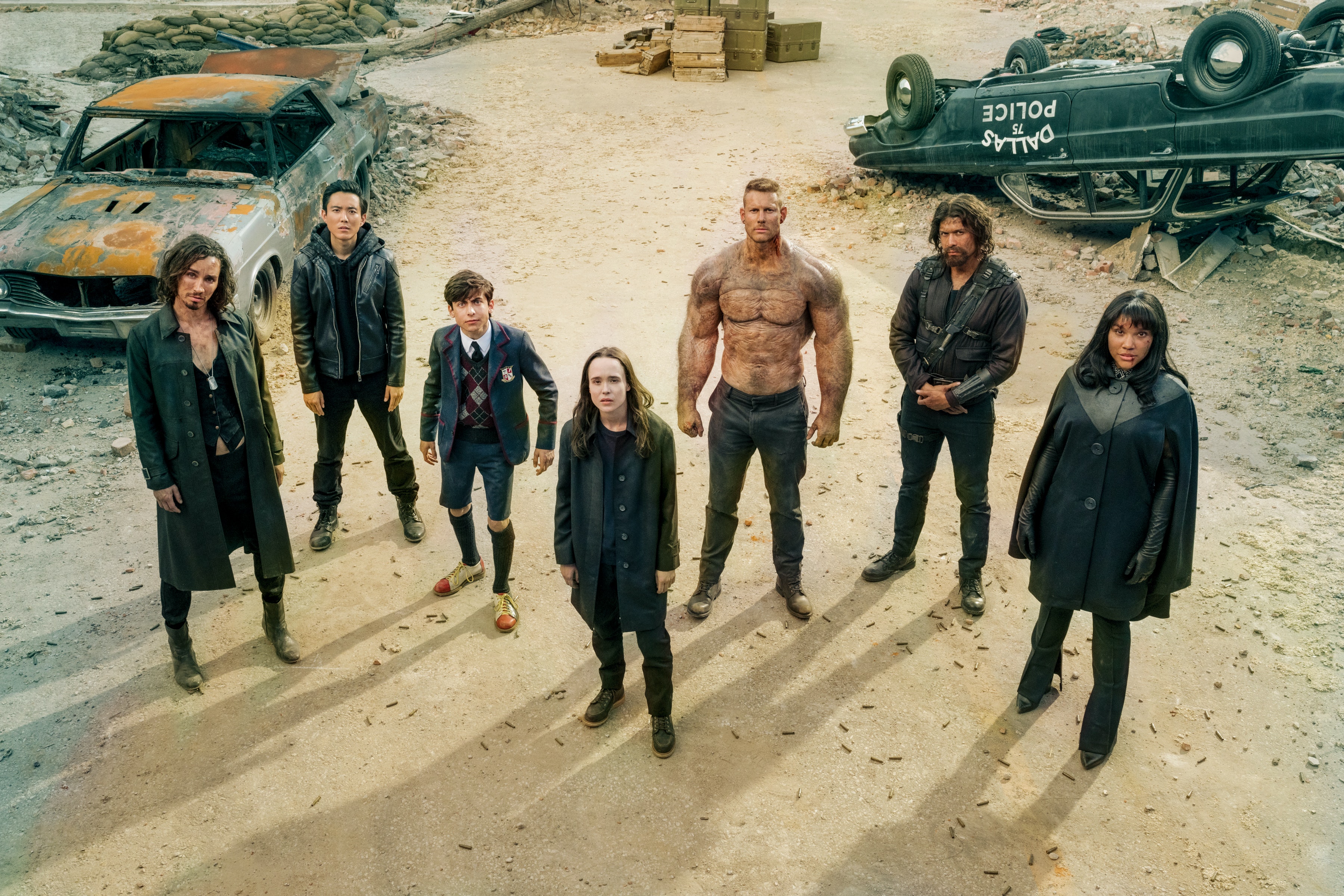 The Umbrella Academy is made up of seven adopted siblings, six of whom are alive: Luther (Tom Hopper), Diego (David Castañeda), Allison (Emmy Raver-Lampman), Klaus (Robert Sheehan), Five (Aidan Gallagher), and Vanya (Ellen Page). All six are expected to return.

Despite allowing Ben (Justin H. Min) to pass to the great beyond in Season 2, the show found a way to bring him back, as a member of Hargreeves’ (Colm Feore) adoptees from another timeline. Both are also expected to come back.

Beyond that, it’s anyone’s guess who will return for the new season. As the Hargreeves siblings have altered the future, it’s quite possible characters like Lila Pitts (Ritu Arya) or even the Handler (Kate Walsh) could return. 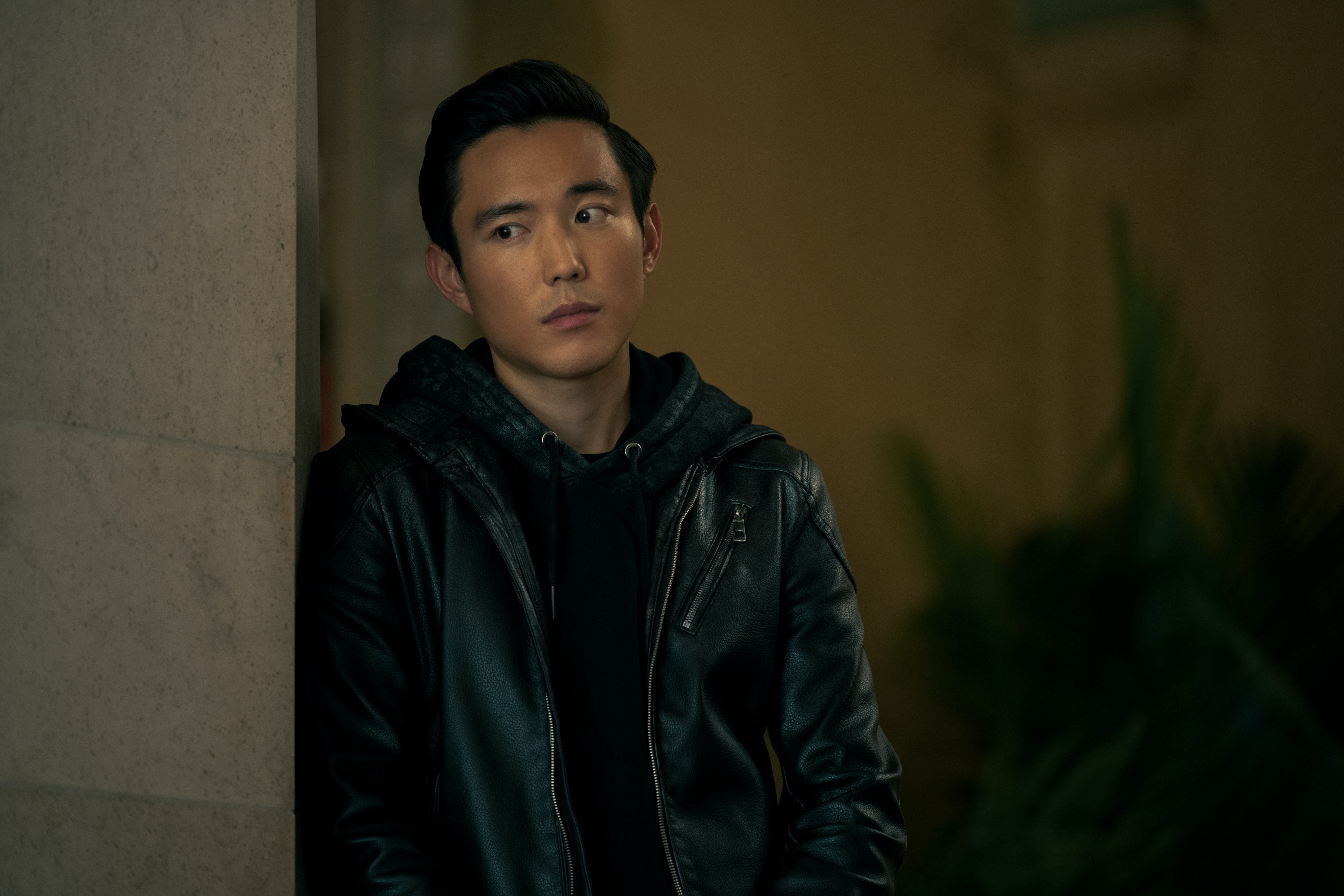 There are few plot details for a third season since it’s not greenlit yet. But the cliffhanger for the end of Season 2 is instructive. After being thrown back in time to stop the apocalypse, the Hargreeves return to the present-day to discover they succeeded. But their celebration is short-lived. They changed the timeline, so the present is not destroyed, sure. But they also changed their destinies radially.

Instead of the six siblings being adopted by Hargreeves and forming The Umbrella Academy, he adopted a different set of mutant children. He still adopts Ben because he never saw the dead man’s ghost. But Ben is now the new Number One of a new group, The Sparrow Academy. And he doesn’t seem to like this sudden appearance of rivals. 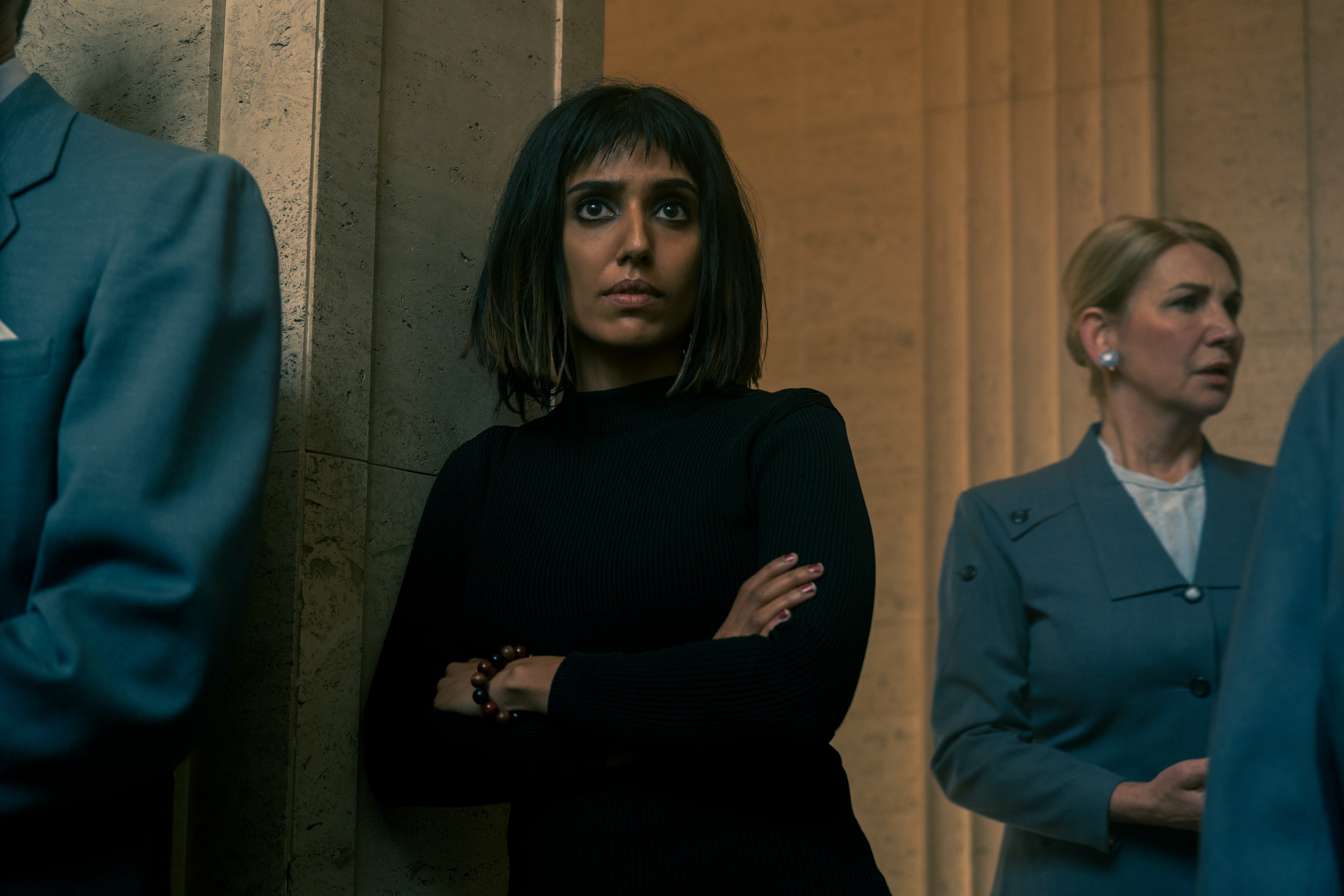 As for theories as to where the show will go from here, it’s hard to say. One guess involves Lila, who was revealed to be a long-lost sibling of the Hargreeves. She ran off at the end of Season 2, and fans are hoping she will find her way back to The Umbrella Academy. Or perhaps she already has: Ben’s new siblings remained in shadow as Season 2 ended, but two were definitely in skirts. Perhaps Lila is among them? 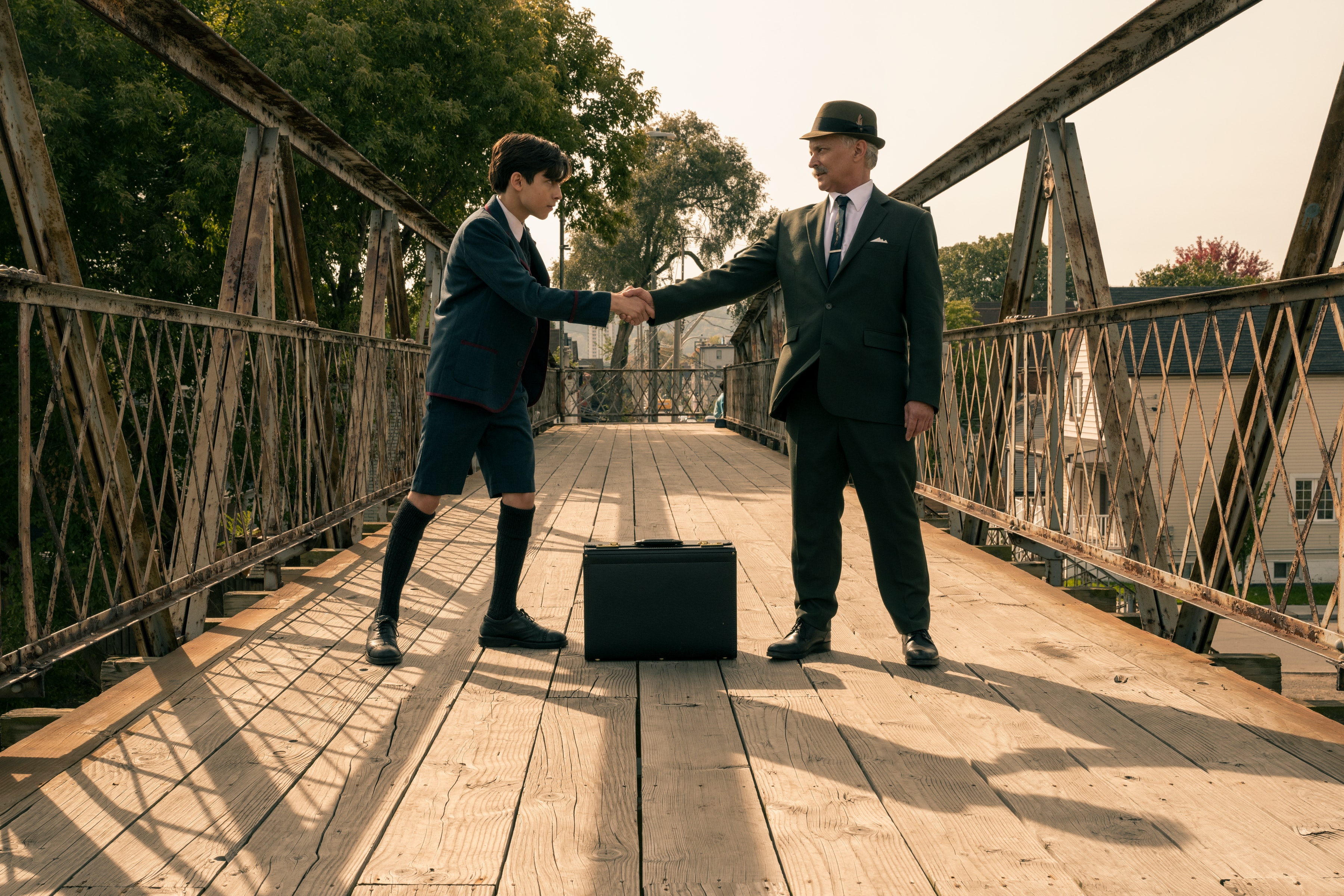 Since there’s no renewal as yet, there’s no premiere date either. But a look at the space between Seasons 1 and 2 is instructive. Season 1 debuted in February of 2019, Season 2 in July of 2020. That’s just under 18 months between seasons. So current estimates, assuming there will be no delays in filming due to the coronavirus, would put Season 3’s arrival somewhere around December of 2021.

END_OF_DOCUMENT_TOKEN_TO_BE_REPLACED

END_OF_DOCUMENT_TOKEN_TO_BE_REPLACED
Recent Posts
We and our partners use cookies on this site to improve our service, perform analytics, personalize advertising, measure advertising performance, and remember website preferences.Ok