On the heels of the premiere of “Four Fathers,” This Is Us‘ writers teased “just you wait” regarding episode 4 of the series. Titled “Don’t Let Me Keep You,” this will be a Jack-centric (Milo Ventimiglia) vignette where he faces his past and grieves the death of his mother Marilyn (Laura Niemi). This flashback will fill in the holes for fans of the Pearson family patriarch, who may finally get some long-awaited answers about the reasons Jack became the husband and father he evolved into. 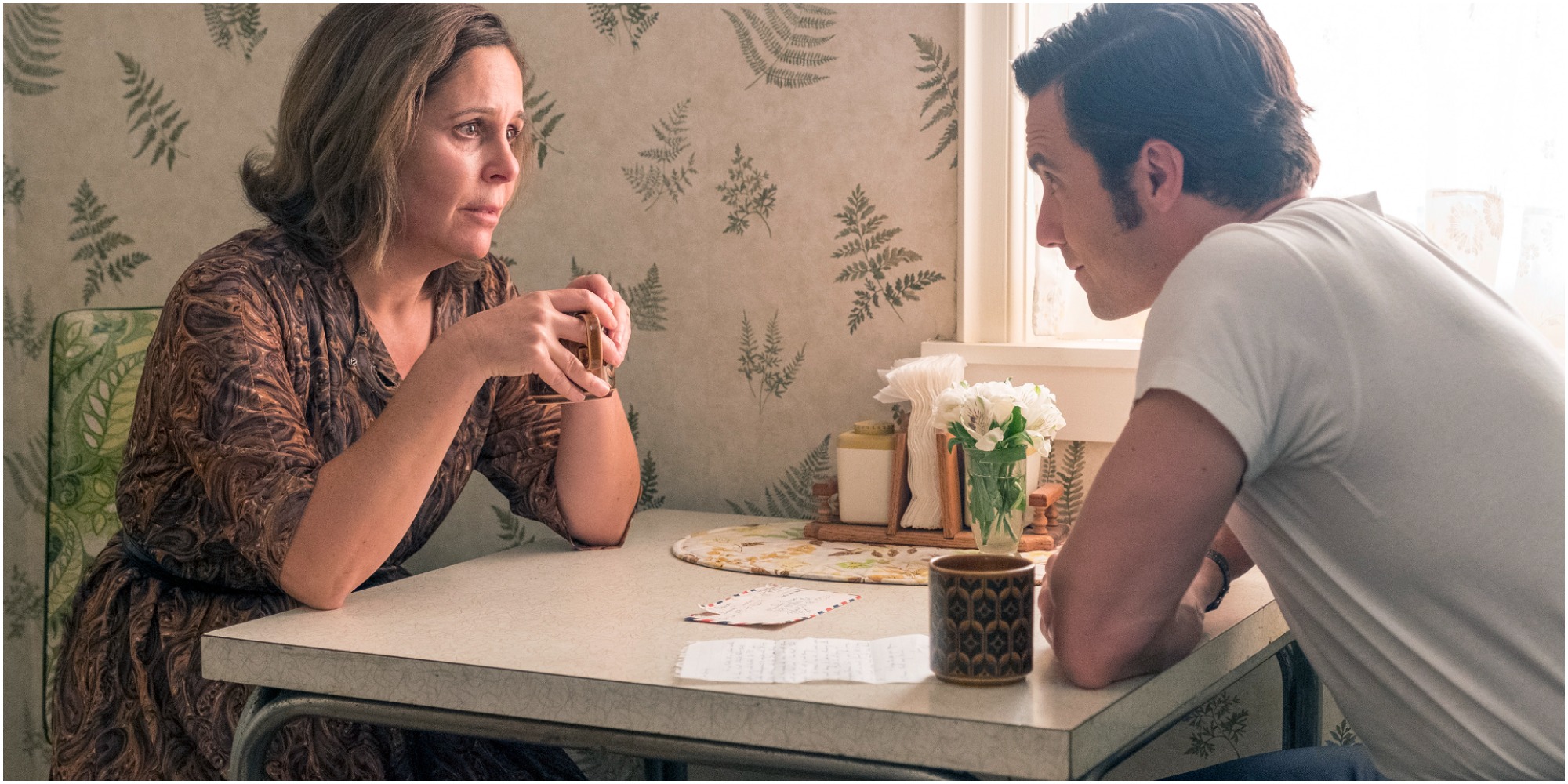 What is the premise of ‘Don’t Let Me Keep You’?

According to an official NBC synopsis, “Heart and Soul” will feature a story central to the main character of Jack as he returns to his childhood home, where he handled his mother’s affairs after her death.

In a teaser clip at the end of episode 3, Jack looks around his childhood home. A woman answers the door, telling Jack, “it only took you 13 years.”

Another older gentleman addressed the Pearson patriarch, stating, “nothing was more important to her than your Sunday calls. You were her hero Jack.”

Jack is also seen standing in a church, ready to address the mourners who attended Marilyn’s funeral.

This chain of events will likely open up a Pandora’s Box of information regarding even more of Jack’s backstory.

This Is Us viewers know that Jack’s father Stanley (Peter Onorati) was both physically abusive and emotionally distant to his family members.

‘This Is Us’ writers tease ‘just you wait’ regarding episode 4

In an interview with Entertainment Weekly, This Is Us writers Casey Johnson and David Windsor, who wrote “Four Fathers,” spoke of what fans can expect regarding episode 4.

While Jack saved his mother from his father’s abuses, it appears he has had little to do with her since that time. The character’s challenge will be twofold, dealing with his guilt and grief simultaneously.

Windsor said what the episode will teach us about the character of Jack, “just you wait.”

Johnson added, “It’s a really beautiful, complicated episode that deals with all of that, written by Elan Mastai, who just did a fantastic job. A lot of it came from his own experience, but Jack’s really going to have to face all of that — the good and the bad of his past with his mom.”

When viewers last saw Marilyn, her son Jack helped her leave behind her abusive husband. The timing of her moving in with a friend coincided with Jack and Rebecca‘s reconciliation after a brief split. Her husband, Stanley, would die alone in a nursing home in 1988.

However, viewers may recall Jack mentioned in one of the early episodes that his mom had knitted his three children onesies, alluding to some relationship between mother and son.

“Don’t Let Me Keep You” will likely fill the holes regarding Jack’s relationship with his mother. This episode promises to tear at viewers’ heartstrings.