Home » Celebrities » This Is Why Chandler Wore Glasses On Friends 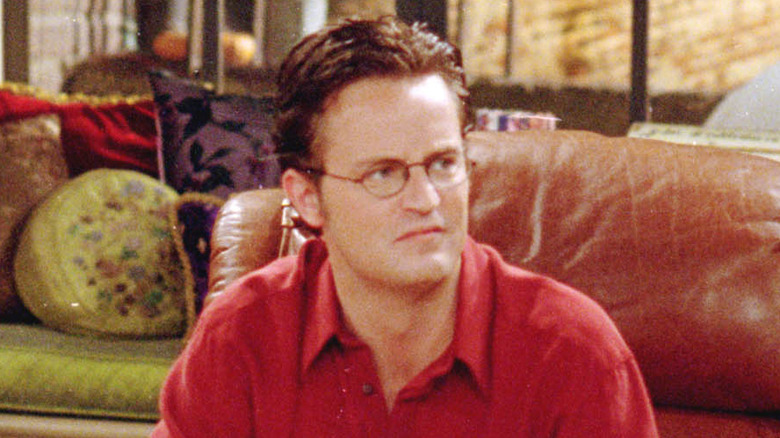 “Friends” fans know that Chandler Bing is one of the funniest characters to ever grace the small screen. His self-deprecating humor is so relatable to viewers (via Charactour). His witty personality aside, Chandler is also remembered for his fashion sense. The character often rocked suits for his job, or even the unforgettable sweater vest over a collared shirt (via GQ). However, one thing that some fans may not remember is that Chandler also wore glasses in the final few seasons of the iconic NBC comedy series.

According to Screen Rant, there is no major story behind Chandler’s glasses. The character simply showed up wearing them in a Season 7 episode, which offered up some laughs when his friends and even his wife Monica all thought that he’d always worn the glasses. In reality, actor Matthew Perry reportedly needed the glasses to help him see, and the writers incorporated the prop into the storyline. However, some fans have speculated that Chandler’s glasses were more than just Perry’s personal eyesight aids. 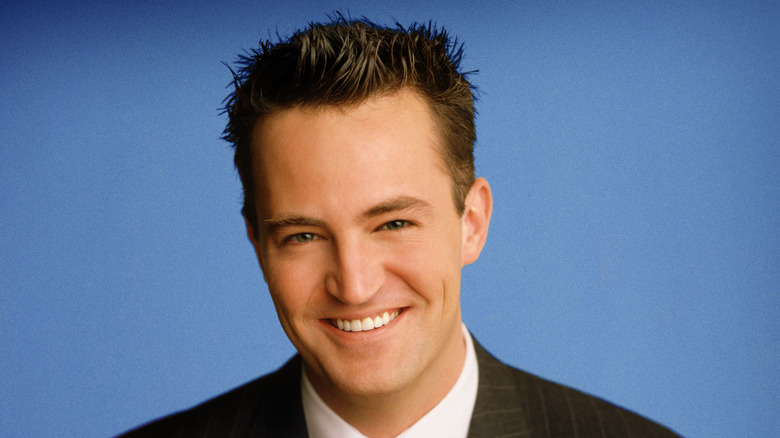 Although it’s been revealed that Chandler Bing’s glasses on “Friends” were nothing more than actor Matthew Perry’s own personal eyewear, many fans have their own ideas about why the character really started sporting the specs. According to Cosmopolitan, an interesting fan theory thread on Quora dives into the real reason Chandler may have needed the glasses in the final seasons of the show.

“He got specs as he suffered from near sightedness due to his job. He had to do a lot of paper work and sometimes computer work too. That’s my assumption,” one “Friends” fan commented in the feed. “Chandler Bing started wearing glasses in season seven mainly for the episode where his glasses fogged up and he gives his father-in-law a lap dance by accident. As without him having glasses it doesn’t really work,” another fan wrote. “And Matthew Perry started wearing glasses in his daily life, so the directors wanted to incorporate that into his character to make him more funny and make more opportunities for other episodes,” the “Friends” enthusiast added. While it may seem silly to some to theorize about Chandler’s glasses, it is fun to think about all the ways the small prop made viewers laugh while watching the hit sitcom.