In sync. Travis Barker and Kourtney Kardashian teamed up for a piano duet on Tuesday, July 6.

“This is what I come home to,” Barker’s 15-year-old daughter Alabama wrote via her Instagram Story, with a teary-eyed emoji.

In the two-part clip, Alabama captured the couple playing “Heart and Soul,” which was famously featured in 1988’s Big when Tom Hanks’ character performs the song on a giant floor piano. 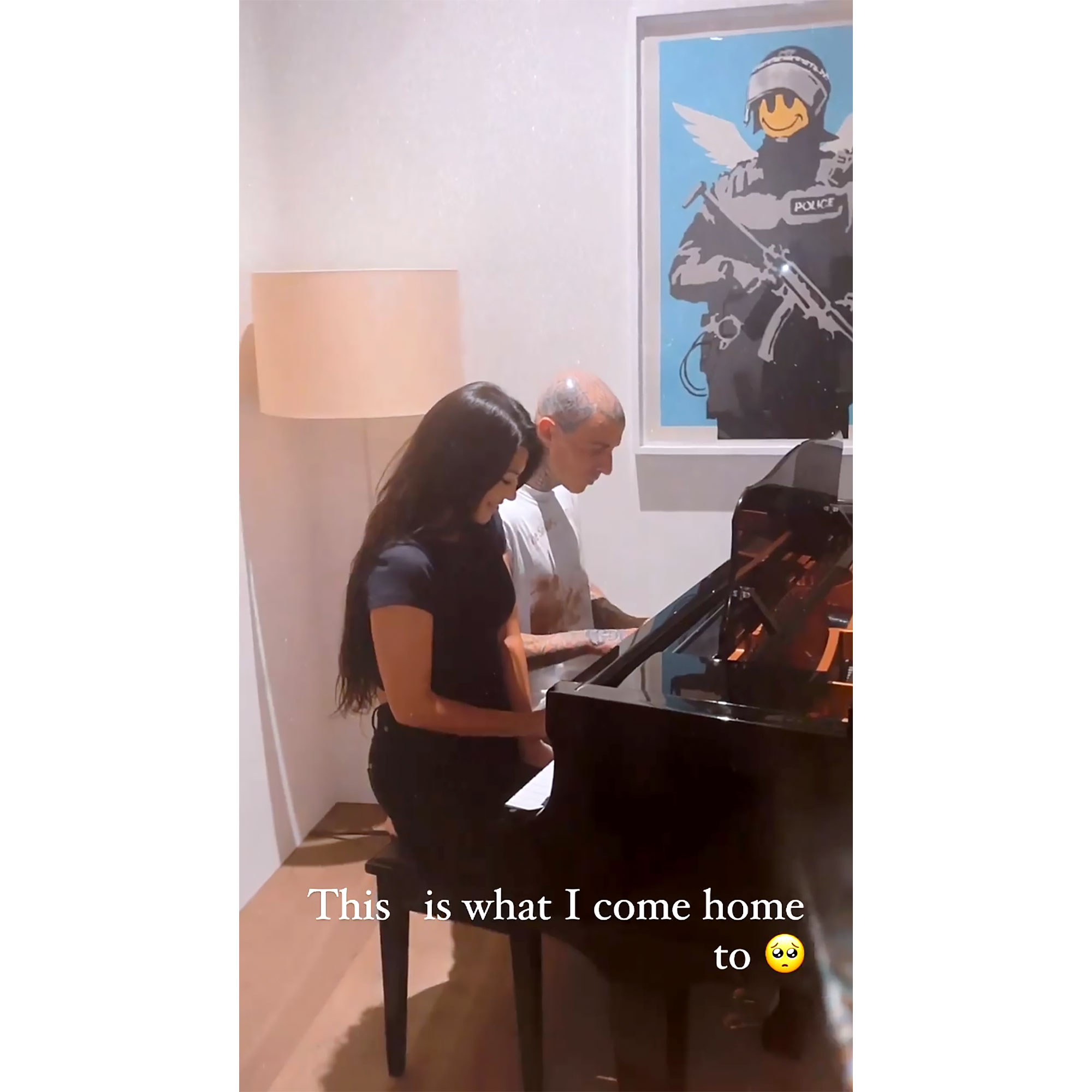 On Tuesday, Kardashian, 42, wore a black tee and black pants, as she sat next to her boyfriend and smiled in the social media video. Barker, 45, for his part, wore a white graphic tee as he kicked off the track and caused the Poosh founder to throw her head back in laughter.

The Blink-182 drummer also shared a photo of Kardashian sitting at the piano via his Instagram Story, which she later reposted adding a black heart emoji.

Kourtney Kardashian’s Love Life: A Timeline of Her Dating History

Two days prior the duo visited Disneyland with Barker’s two children, Alabama, and son Landon, 17, whom he shares with ex-wife Shanna Moakler.

The Keeping Up With the Kardashians alum’s sons Mason, 11, and Reign, 6, were also part of the group that celebrated the 4th of July at the Happiest Place on Earth. Kardashian shares her two boys and daughter Penelope, 9, with ex-boyfriend Scott Disick. 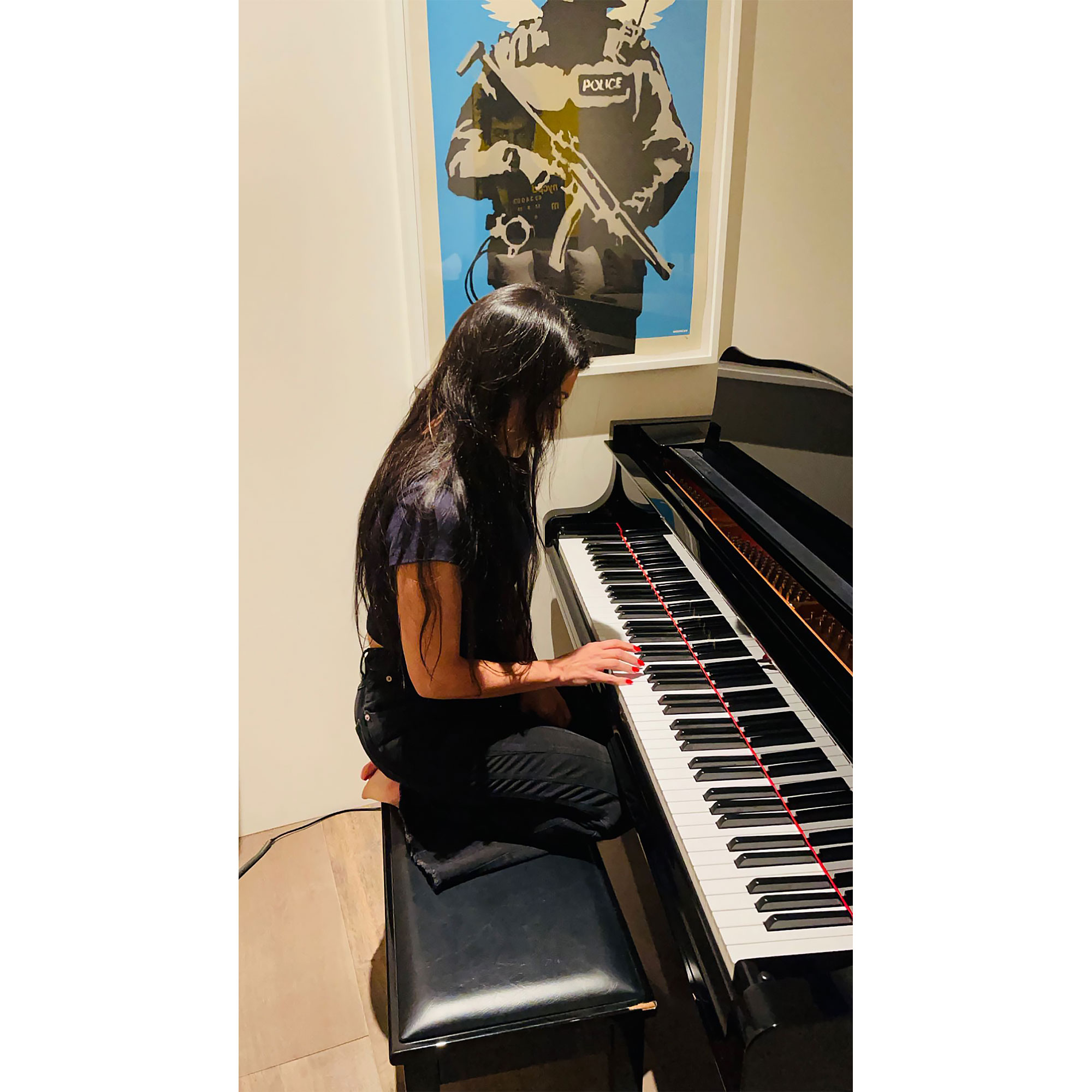 The squad shared photos from the Sunday, July 4, outing via their Instagram Stories one day later, including a group snap of Barker, Kardashian, Alabama, Landon and Reign at the park’s Star Wars attraction. The musician kissed his girlfriend as he posed in front of the stormtroopers.

Both Barker and Kardashian later posted videos of the theme park’s fireworks show, while fan accounts captured the group wandering the grounds.

Us Weekly confirmed in January that the reality star and the “I Think I’m OKAY” musician were officially a couple and had been dating for months. The duo’s friendship blossomed into a romantic relationship in part thanks to their families.

“They became friends living in the same neighborhood and hang out a lot,” an insider told Us at the time. “Their kids’ friendship had Kourtney and Travis spending a lot of time together.”

Kourtney Kardashian and Travis Barker’s Sweetest Quotes About Each Other

The pair became Instagram official the following month after celebrating their first Valentine’s Day together. They have since packed on the PDA while traveling together on and date nights in the L.A. area.

The lovebirds have also made family time a priority amid their relationship, often spending time with each other’s children. Over Memorial Day, for example, Barker goofed off with Kardashian’s little ones at her Palm Springs home, going down a giant water slide with the boys.