Proving that the ‘Fast & Furious’ films are all about ‘family,’ Vin Diesel attended an ‘F9’ screening along with his three kids – Hania, Vincent, and Pauline – and his longtime partner, Paloma Jimenez!

It is not every day that Vin Diesel attends a major event with his kids. So, on Thursday (June 17), the 53-year-old star’s real family met his cinematic one. Vin and his kids – Hania, 13, Vincent, 11, and 6-year-old Pauline – attended a Fans First event at Los Angeles’ Universal CityWalk in support of F9, the latest installment in the Fast & Furious franchise. His wife, Paloma Jimenez, 37, was also photographed at the event. Die-hard Fast fans were invited to see the new film ahead of its June 25 theatrical release, and they also got to see Vin’s family meet Dom’s. 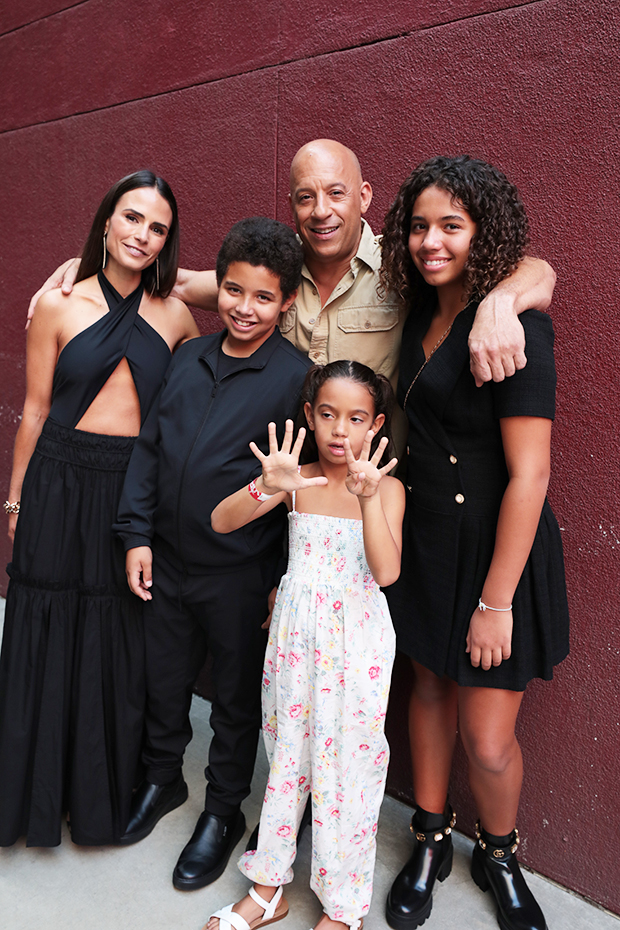 Vin was joined by his co-stars, including Jordana Brewster, Tyrese Gibson, and Sung Kang. Cars from the movie were also on display, including a matte-black Dodge Charger. Once fans were seated inside the AMC Auditorium, the cast made another special appearance to get everyone hyped for what critics say is one of the most “completely ridiculous” but highly enjoyable movies of the year. 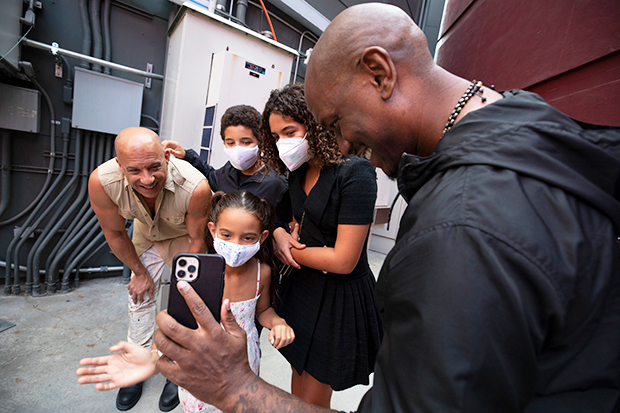 Ahead of the movie’s release, Vin took a moment to remember the late Paul Walker on Instagram. Paul, who played Brian O’Conner in the Fast franchise, passed away in November 2013 due to serious injuries sustained from a single-vehicle collision in Santa Clarita, California. Since then, Vin and the rest of the Fast family have kept his memory alive. On June 6, Vin shared a throwback photo that Paul’s now-22-year-old daughter, Meadow Walker, sent him. “Naturally, one gets filled with emotion, purpose, and ultimately gratitude,” he captioned the picture. “Eternal brotherhood is a blessing beyond words. Hope to make you proud… All love, Always.” 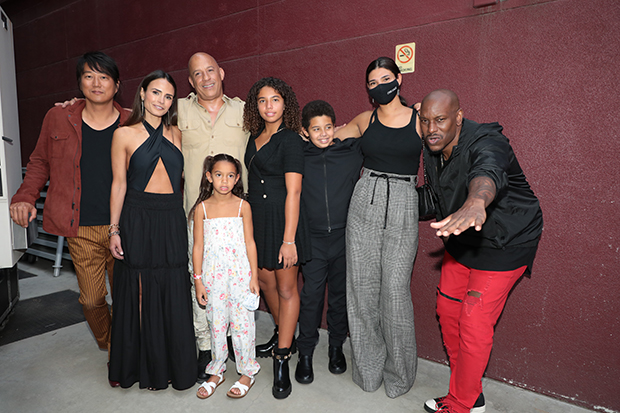 “When the tragedy happened back in 2013, we stopped filming Furious 7 for about five months because we were wrapping our heads around what we were going to do, while mourning,” Vin said in an interview with E! on June 17. “And the studio accepted a bold decision, which was to allow the character to exist in our mythology.”

“On a personal level, we started this franchise together. Alongside us starting the franchise, we started a brotherhood. Our brotherhood will outlast the franchise,” added Vin. When asked about the possibility of casting Meadow – who is Vin’s goddaughter – in a role in the next film, he was coy. “I would not count anything out,” he replied. “Let me just—without giving you all of the secrets of Fast 10. Let’s just say nothing’s ruled out.”