“We should all help and support each other,” Nicole wrote on Instagram on Thursday, June 6, alongside a photo of herself sitting courtside between Queen Bey, 37, and Joe, 63. She disabled comments on the post, but members of the Beyhive flooded her previous uploads with their signature bee emojis.

We should all help and support each other.

During Game 3 of the basketball championship series the night before, Beyoncé made headlines for giving side-eye to Nicole when the latter leaned over the “7/11” singer to chat with Jay-Z. Beyoncé’s smile quickly turned into a scowl as she shifted over in her seat, seemingly trying to set boundaries.

“Beyonce is so annoyed by this woman and hov gon’ hear about it on the jet,” one Twitter user observed. “Beyonce definitely didn’t think that tonight of all nights that she’d have to hit a woman with a shoulder nudge in rare burberry but here we are.”

One fan jokingly called Beyoncé the “queen of the FOH nudge,” while another tweeted, “Beyoncé shoving her ass over at the end is the level of petty we deserve from our queen.” 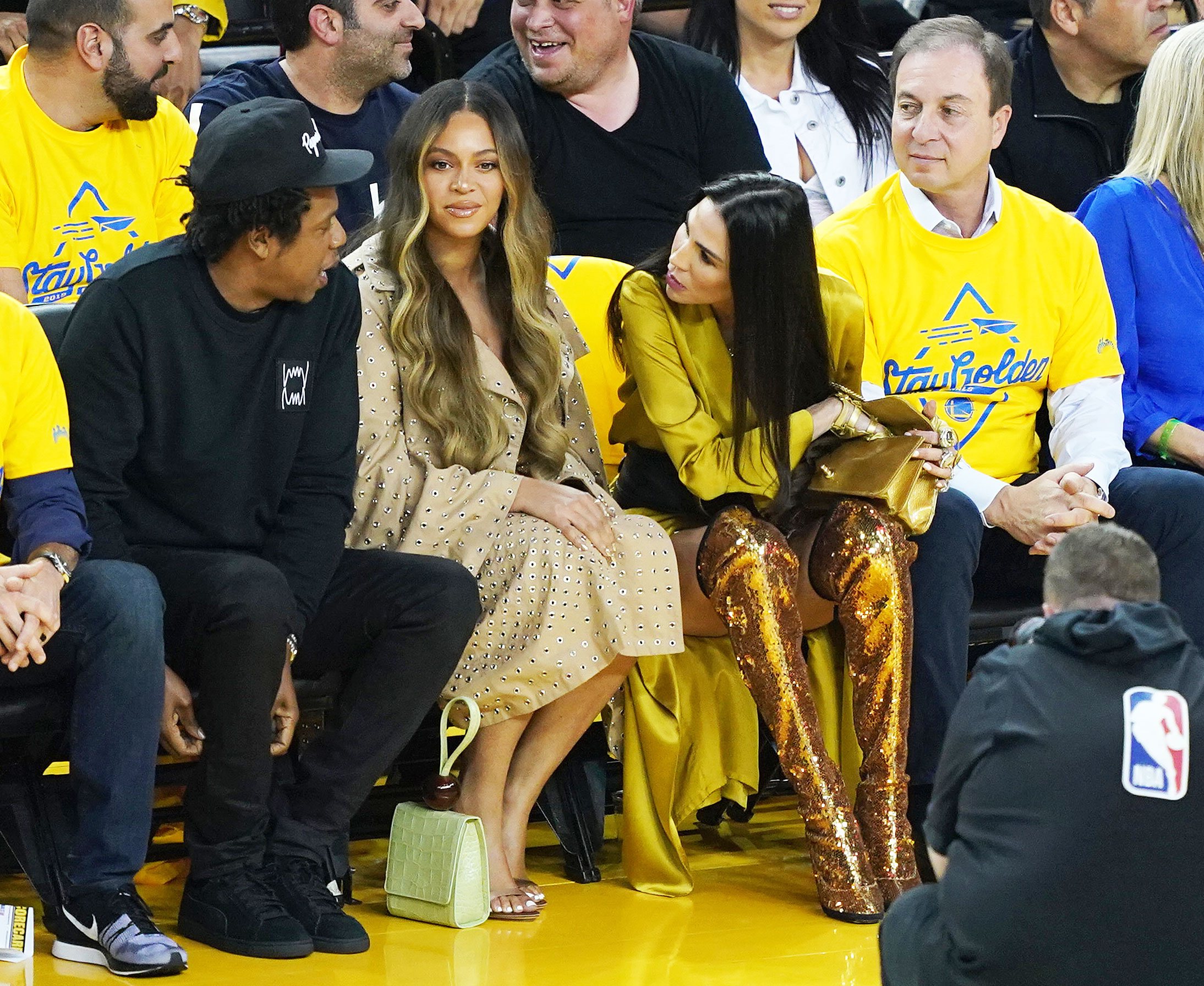 Nicole is not the first person to feel the wrath of the Beyhive since the former Destiny’s Child member insinuated on her 2016 album, Lemonade, that Jay-Z, 49, had been unfaithful in their marriage. (The couple wed in April 2008 and share daughter Blue Ivy, 7, and twins Rumi and Sir, 13 months.)

Beyoncé’s fans infamously launched an attack on fashion designer Rachel Roy after assuming she was the adulterous “Becky with the good hair” that the singer referenced in her 2016 single “Sorry.” Roy, 45, initially fueled the fire, writing on Instagram, “Good hair don’t care,” before denying being involved with Jay-Z.

More recently, Tamera Mowry made the Beyhive buzz when she revealed on The Real in March that she felt charmed by the rapper at a movie premiere years before he married Beyoncé.