Home » Celebrities » What Did Mary Trump Do Right After Trump Became President?

What Did Mary Trump Do Right After Trump Became President?

Mary Trump, former president Donald Trump’s niece — the daughter of the real estate mogul’s brother Fred Jr. — garnered attention for her public opposition to her uncle, per Town & Country. Mary went on to write a tell-all about the Trump family entitled, “Too Much and Never Enough: How My Family Created the World’s Most Dangerous Man,” which also gained plenty of media attention when it was released in mid-2020. Publisher Simon & Schuster described the book as an “authoritative portrait of Donald J. Trump and the toxic family that made him.” The blurb goes on to read, “Mary L. Trump … shines a bright light on the dark history of their family in order to explain how her uncle became the man who now threatens the world’s health, economic security, and social fabric.” Needless to say, the book wasn’t received well by some members of the Trump family and Donald’s late brother, Robert Trump, even took legal action in an attempt to stop its publication.

The book wasn’t the only drama involving Mary and her family, however. In 2020, she filed a lawsuit against the former president and two of his siblings, Maryanne and Robert, claiming they stole inheritance money from her after her father died when she was a teenager, as reported by Town & Country. Mary was wholly against her uncle becoming president and resorted to drastic measures after he won the 2016 presidency election. Keep reading to find out what she did upon hearing the news. 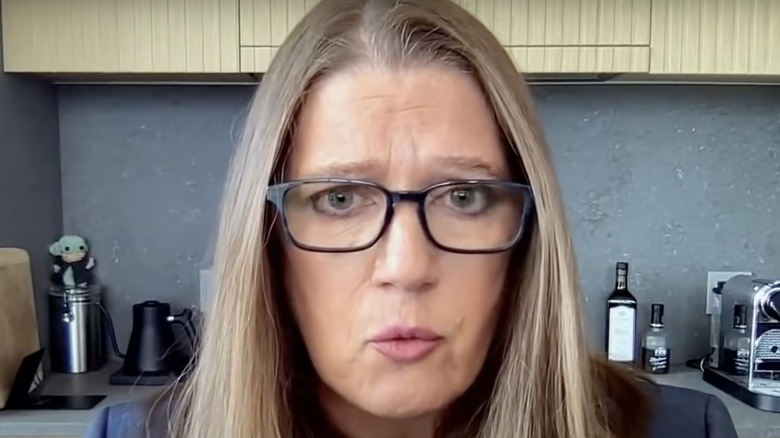 According to Business Insider, Mary Trump was devastated upon learning that her uncle, Donald Trump, won the 2016 presidential election. In her second book entitled, “The Reckoning : Our Nation’s Trauma and Finding a Way to Heal,” which was released in July 2021, Mary outlined the actions she took to take care of her mental health after finding herself in the “the worst psychological shape” of her life just a few months following her uncle’s inauguration.

“For months, I alternated among states of dissociation, rage, and befuddlement,” the author penned in her book, explaining that the her mental state deteriorated to the point that she voluntarily checked herself into a PTSD treatment center in the hopes of figuring out why she was so severely impacted by her uncle becoming president. Mary wrote, “I would be there for weeks … trying to figure out why my uncle Donald’s elevation to the White House had so undone me.” In an interview with The Sunday Times, the psychologist expanded on her experience, revealing, “It was really impossible to wrap my head around it all … Because I felt such shame, that the country had so debased itself.”

Also in her book, Mary delves deeper into her own PTSD to show that America itself is suffering from PTSD due to the extent to which its leaders and institutions have failed the American people. She then explores how Americans can start to heal and restore hope in their nation.