Home » Celebrities » What Shayna Hubers Life Is Like Today

On October 12, 2012, Ryan Poston was shot six times by his ex-girlfriend, Shayna Hubers, in his Highland Heights, Kentucky apartment. Hubers never denied killing Poston, but always claimed that she shot him in self-defense — and was even flippant about his murder at one point, per Cincinnati’s WCPO station. “I knew he was gonna die or have a completely deformed face,” Hubers said on the Lifetime television show “Cellmate Secrets,” according to Yahoo. “He’s very vain … and wants to get a nose job. Just that kinda person and I shot him right here. I gave him his nose job he wanted.”

Ultimately, the jury never bought Hubers’ claim of self-defense. Though she was first convicted of the crime in 2015 (via ABC News), her guilty verdict was overturned when it was revealed that one of the jurors was a convicted felon. After a second trial, she was convicted of Poston’s murder once again and sentenced to life in prison on October 18, 2018, according to Local 12 News. A jury upheld that sentence in September 2020.

Since then, Hubers has managed to keep herself in the news through a series of very poorly thought out stunts. So, what is Shayna Hubers’ life like today? Keep scrolling to find out.

Shayna Hubers got married and divorced while behind bars 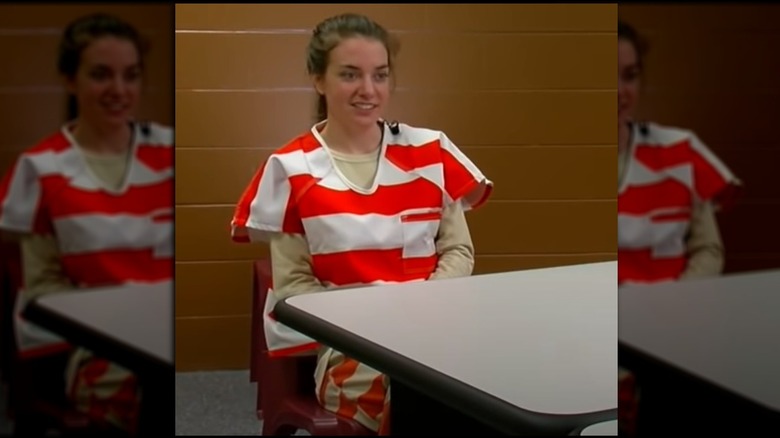 In June 2018, Shayna Hubers married another inmate, Unique Taylor, according to The Cincinnati Enquirer. In January 2019, less than a year after they were married, Hubers filed for divorce, claiming that the marriage was “irretrievably broken.” The divorce was finalized in March 2019.

As Hubers was appealing her conviction in 2018 for killing Poston, text messages between her and her on-again, off-again boyfriend were revealed. In another report from The Cincinnati Enquirer, the depths of Hubers’ possessiveness became evident. Poston told her that she “needed more validation and affection from men” than he could give, and told a friend that Hubers “dresses up, looking pretty, and she just shows up.” He added, “She just won’t leave.” Prosecutors speculated that Hubers ultimately killed Poston because she was afraid that their latest break-up would be permanent. In the end, though, Hubers made the split permanent herself.