Home » Celebrities » Yes, Biden Will Start With 0 Twitter Followers — But There's a Catch

Yes, Biden Will Start With 0 Twitter Followers — But There's a Catch 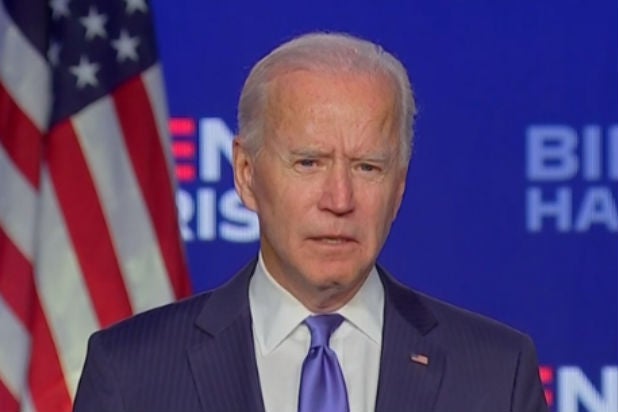 The transition of the @POTUS Twitter account from Donald Trump to Joe Biden next month will be complicated, but not as ruthless as some reports indicated on Tuesday. Yes, Biden will inherit new versions of the @POTUS and @WhiteHouse accounts with zero followers, but users who followed those accounts under President Trump will be sent a notification, asking if they’d like to follow Biden’s accounts moving forward.

A Twitter spokesperson outlined what will happen on Jan. 20 in a statement.

“The accounts will not automatically retain their existing followers. Instead, Twitter will notify followers of these accounts to provide context that the content will be archived and allow them the choice to follow the Biden administration’s new accounts,” the statement read. “For example, people who follow @WhiteHouse will be notified that the account has been archived as @WhiteHouse45 and given the option to follow the new @WhiteHouse account.”

As of Tuesday afternoon, @POTUS has 33.2 million followers and @WhiteHouse has 26 million followers. It’ll be interesting to see how many accounts Biden has on Inauguration Day, although it’ll be difficult to tell how many of his followers are former Trump followers who opted into following the new president.

The situation stands in contrast to 2017, when the @POTUS account passed from former President Barack Obama to Trump, along with millions of followers that Obama had built up during his eight years in the White House.

Twitter stepped into clarify its process after reports earlier on Tuesday that Trump’s administration has so far “refused” to pass the account’s followers to Biden.

END_OF_DOCUMENT_TOKEN_TO_BE_REPLACED

END_OF_DOCUMENT_TOKEN_TO_BE_REPLACED
Recent Posts
We and our partners use cookies on this site to improve our service, perform analytics, personalize advertising, measure advertising performance, and remember website preferences.Ok