Last night, the Emmy-winning actress stepped out on the red carpet for the premiere of Space Jam: A New Legacy in a bright Moschino ensemble reminiscent of her role in the film as Lola Bunny. With the ensemble, she wore white Louboutin pumps and jewelry courtesy of Bulgari, and tied the look together with a side-swept ponytail and a pretty pink pout.

On the carpet, the actress told Entertainment Tonight that the look was indeed “inspired by Lola” and that her character “deserved” a makeover for the new film. 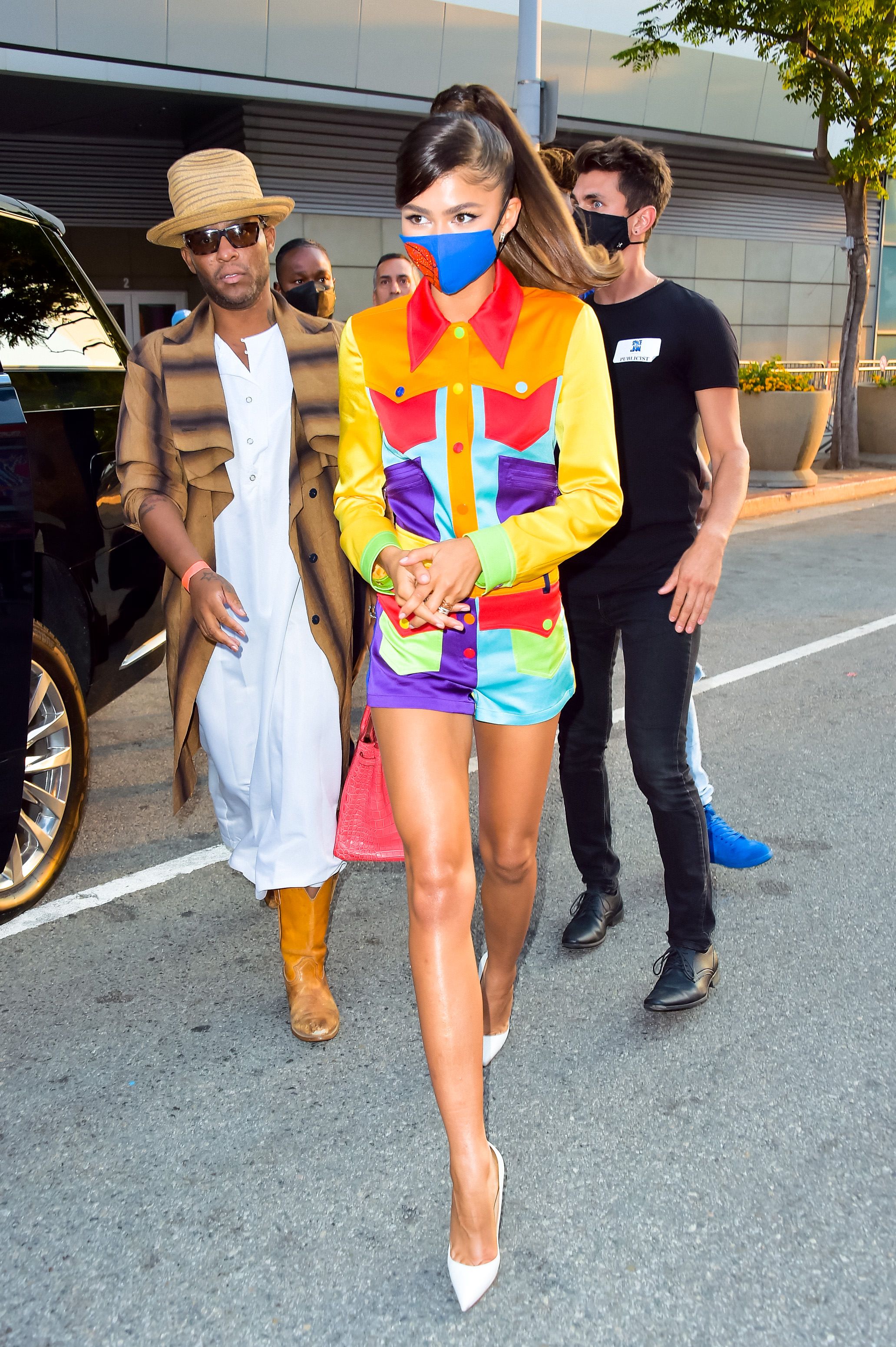 “It’s pretty exciting. I mean, I feel pretty honored and obviously it is a legacy of its own,” Zendaya said of being able to voice the beloved character. “I feel quite lucky to play such an iconic character—at least voice her—so I feel pretty lucky.”

Zendaya also expressed to ET that the anticipated film at its core is a story about family and friendship.

“I think this film, if anything, is about friendship, it is about family, it is about pursuing your dreams and falling in love and in following whatever it is that makes you truly happy and fills your heart,” the actress added. “I think I can definitely relate to that, at least with LeBron’s son in this film, because my parents have said it several times. My parents wanted me to be a basketball player, so I know what it’s like to maybe want a different career path.”

The actress stars alongside LeBron James, Don Cheadle, and Sonequa Martin-Green in the revamped sports classic, which serves as the sequel to the 1996 original starring Michael Jordan.

“Zendaya’s having a great moment right now,” director Malcolm D. Lee told Entertainment Weekly of his choice to cast the actress as the new and improved Lola. “She’s taking ownership of her image, her brand, her business. She’s really the embodiment of Lola, to tell you the truth. That’s the kind of projection of Lola that we wanted to have.”

Space Jam: A New Legacy is set to hit theaters and HBO Max on July 16.