Though Zonnique Pullins has yet to reveal her daughter’s face, the singer and star of ‘T.I & Tiny: Friends & Family Hustle’ gave fans a hint with help from a throwback photo of her baby sis, Heiress Harris!

Zonnique Pullins doesn’t seem to be in any hurry to share her daughter’s identity with the world. The 24-year-old daughter of Tameka “Tiny” Harris gave birth to her baby girl on Dec. 15 and has since kept both her daughter’s name and face a secret. For those dying to know what Zonnique’s bundle of joy looks like, she gave a (hilarious) hint on Jan. 7. “Basically, me and my child lol,” she captioned a throwback photo of her holding her sister, Heiress Diana Harris, when the four-year-old girl was just a toddler. If Zonnique did give birth to Heiress’s “Mini-Me,” that wouldn’t be the worst thing, since Heiress is both a beautiful and sassy sensation.

The arrival of Zonnique’s baby girl was first announced on FOX Soul’s The Mix. Her cohosts – Romeo Miller, Anton Peeples, Jamiee DuBose, and Jazz Anderson – explained Zonnique’s absence from the show, saying that she had given birth to a girl weighing in at 8 lbs. and 8 oz. “21 inches long!” the show’s Instagram account shared. “We’re so excited to meet our niece.” Zonnique’s mother also shared the news. “Congratulations to my first [love] my LuvBug,” she wrote on Instagram. “My Gbaby is so fat & cute!! Just as I dreamed she would be!! I told y’all today was a very Blessed day straight from God!”

The closest that fans have gotten to seeing Zonnique’s baby came courtesy of her stepbrother, Domani Harris. The 19-year-old shared a picture of his older sister cradling her child in her arms on Dec. 28. “Unc vibes,” he captioned the shot, but Domani was smart enough to put a solar flare effect over the baby’s face. One would assume he’d lose his “Unc” privileges if he went ahead and spilled everything. 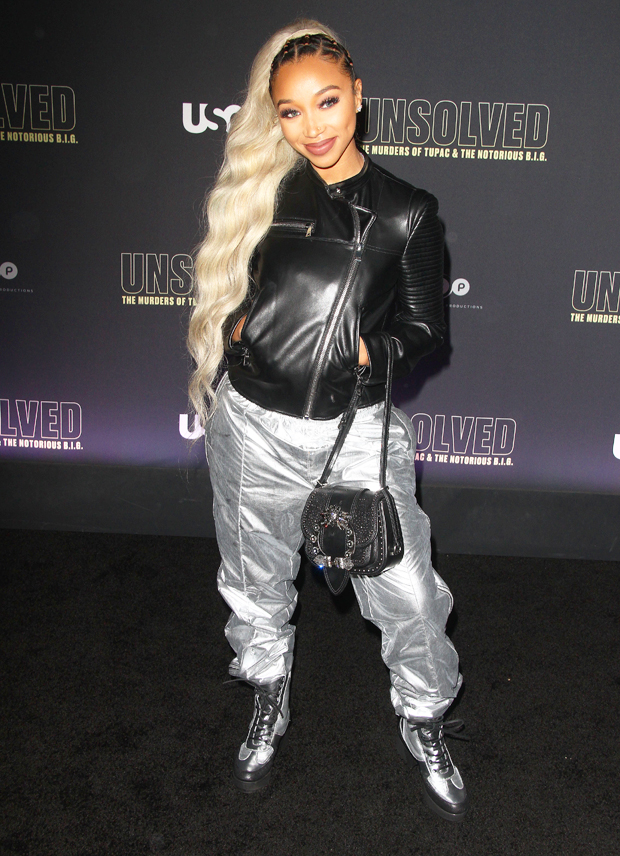 When Zonnique returned to The Mix on Jan. 6, she got real about giving birth, including one aspect of labor that not many people consider. “Um, the experience is…it is really nasty!” she said. “We will start there. I didn’t want to sh-t the whole time. I was like, ‘Don’t sh-t, don’t sh-t!’ Cause I don’t even fart in front of my boyfriend in real life. Stuff like that is really nasty to me.” Zonnique added that her baby’s father, Badhunta Izzy, was no help either. “He’s just watching it and saying little comments, and it is really nasty.”

This is Zonnique’s first child. Her baby’s father, Badhunta Izzy, has two children, a son and a daughter, from a previous relationship.

END_OF_DOCUMENT_TOKEN_TO_BE_REPLACED

END_OF_DOCUMENT_TOKEN_TO_BE_REPLACED
Recent Posts
We and our partners use cookies on this site to improve our service, perform analytics, personalize advertising, measure advertising performance, and remember website preferences.Ok