A WOMAN has been branded a ‘witch’ after firing and refusing to pay her cleaner – after she left a microscopic piece of dust under the bed.

The struggling cleaner had a tough year due to Covid, and now found herself looking for a job for the new year after she was unceremoniously fired. 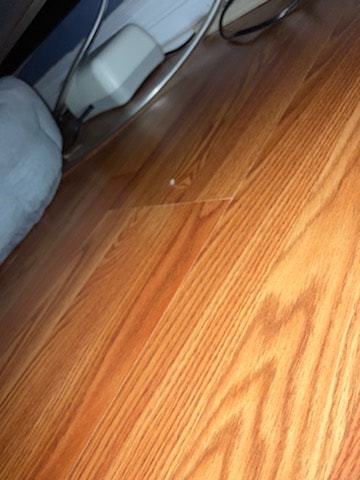 She revealed she spent four hours ‘on her hands and knees’ scrubbing the woman’s house from top to bottom, only for her former boss to refuse to pay her £22.

In shock, the cleaner shared the snap to Facebook group Cleaning Tips and Tricks, along with the cold message she received from her ex-boss.

It said: “I am SUPER disappointed in my house today.

“Best of luck to you, I no longer need your services.”

The cleaner was absolutely raging, and said: “Man 2020 is so full of surprises it's hitting people left and right hurting so many especially those struggling with small businesses.

“She fired me today over one tiny lint that snuck under her bed, thanks to her three huge cats always running around.

“As well as washing her kitchen floor on hand and feet with a rag. I do it with no problem. Mind you she knows I have fibro and an injured tail bone and arthritis.

“But does she care? Nope. She wants a 3 to 4 hour cleaning done very very thoroughly and slow by following a three page list of everything she wants done and how she wants it done.

“She won't even pay me what I normally charge an hour. She wants to pay me what she feels is the right amount.

“She pays me 60 dollars flat. Not hourly pay but a whole house done on knees and hard elbow grease for a house that's squeaky clean already for at least 3 to four hours.” 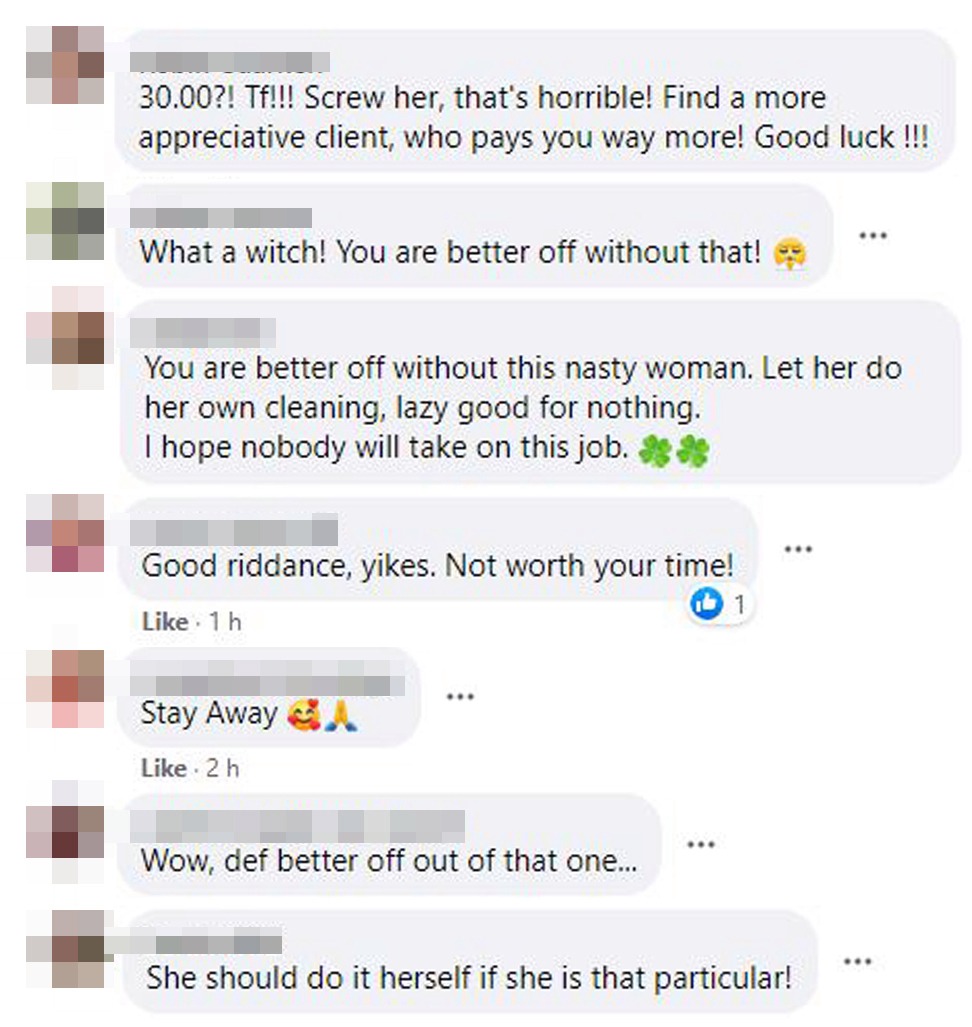 And commenting on the ludicrous piece of fluff she supposedly left behind, she raged: “She saw a little tiny lint under her bed and flipped out on me!! Over a tiny little lint!!!

“So here I am again looking for a house to clean to make ends meet.

“Her loss!!  She's too much work alone! I can't deal. Ughhh!! Sorry just needed to vent.

“Below is the photo she sent me of the tiny lint under her bed that got me fired.”

Hundreds of people commented on the photo, branding the homeowner a ‘witch’.

One person said: “Good riddance, yikes. Not worth your time.”

Another wrote: “You are better off without this nasty woman. Let her do her own cleaning, lazy good for nothing. I hope nobody will take on this job.”

A third thought: “She should do it herself if she is that particular!”

This person commented: “What a witch! You are better off without that!”

Another added: “You should count your lucky stars to be done with her!!”

And this professional cleaner reveals how to clean your oven in three easy steps – and doing it while it’s still warm is a must.

While this mum who almost ripped out her carpet because of a giant red stain shares cheap hack which FINALLY got rid of it.

Meanwhile, cleaning expert reveals how to get rid of Christmas stains from cranberry sauce to gravy & the secret is talcum powder.

END_OF_DOCUMENT_TOKEN_TO_BE_REPLACED

END_OF_DOCUMENT_TOKEN_TO_BE_REPLACED
Recent Posts
We and our partners use cookies on this site to improve our service, perform analytics, personalize advertising, measure advertising performance, and remember website preferences.Ok