A BITTER bloke has written a brutal ad for flogging his ex's fake designer handbag.

The Aussie lad listed the Jimmy Choo imitation bag on Facebook Marketplace for AUS$20 (£11) and has written a brutal comparison between the blue tote bag and his ex. 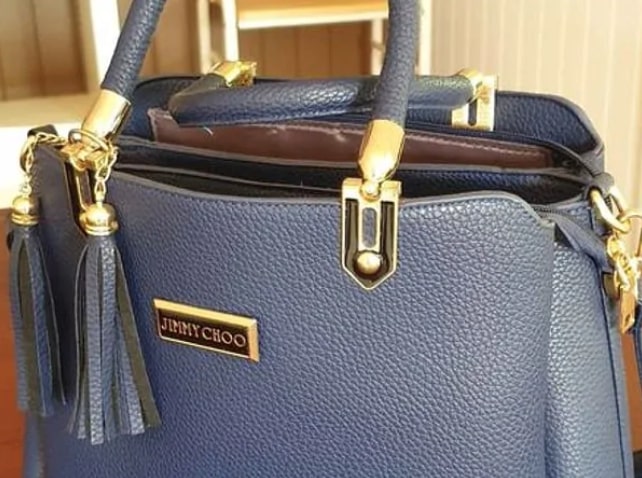 Posting on a swap and sell group yesterday, he said: “Selling my ex-girlfriend’s fake Jimmy Choo handbag. It matched her persona quite well, fake and leathery.”

The heartbroken lad said the bag and his former girlfriend shared similar features because of her “excessive tanning and surgically enhanced chest”.

“The bag is empty, much like her soul,” he added.

"It doesn't matter how much you love it and wish it were real, you are going to wake up each morning and know you've ended up with a cheap imitation of something that others take for granted." 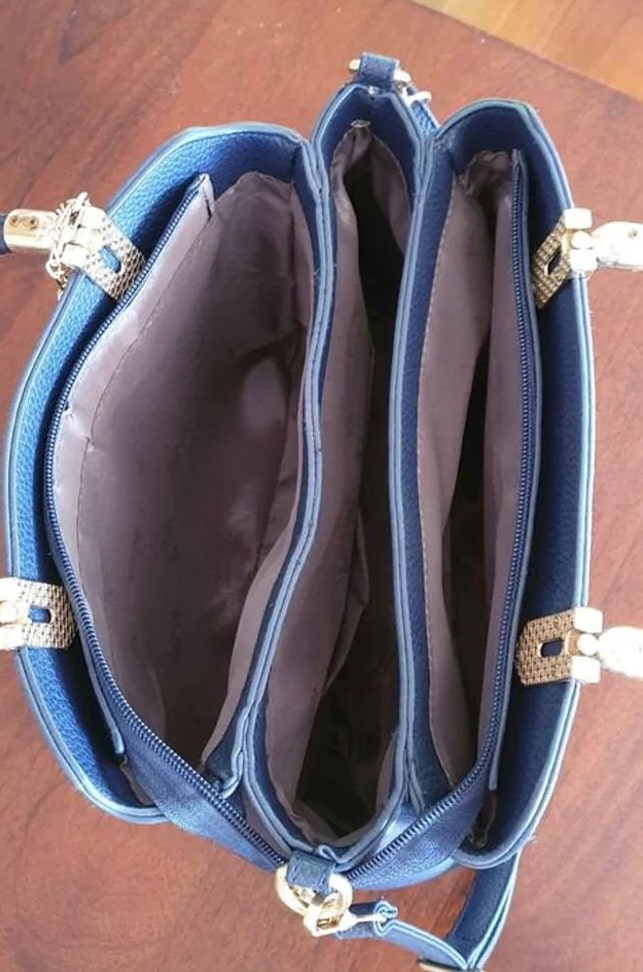 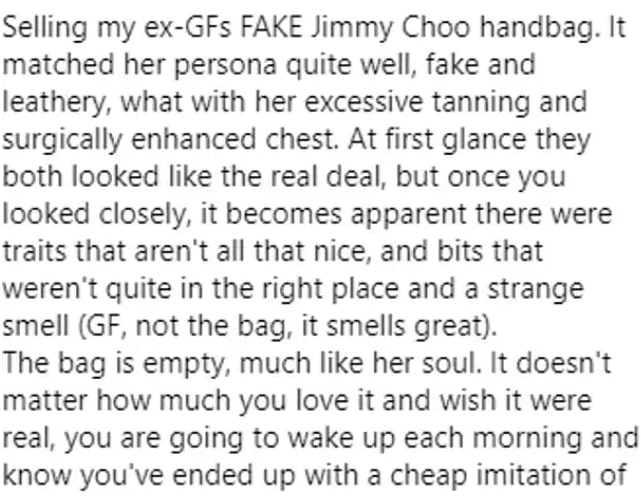 The man also explained there were “bits that weren’t quite in the right place and a strange smell”.

“Girlfriend, not the bag, it smells great,” he clarified. 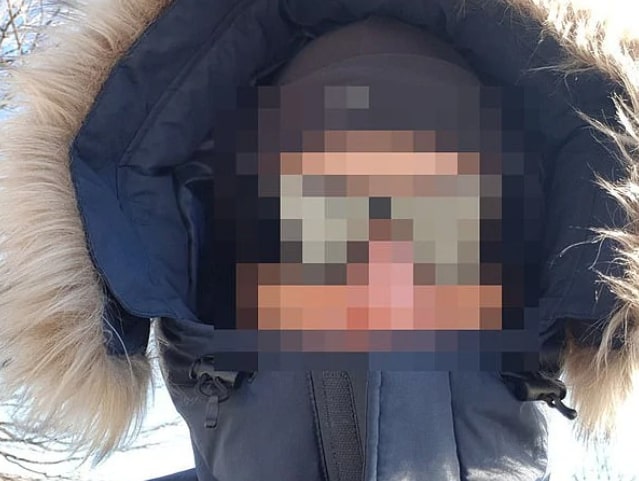 And another man quipped: "Stop buying your girl cheap gifts, what do you expect".

But the seller was quick to explain: “This was pre-existing baggage she came with."

We previously reported on a woman who was selling her engagement ring for £5 after offering it to her ex's new girlfriend for FREE.

END_OF_DOCUMENT_TOKEN_TO_BE_REPLACED

END_OF_DOCUMENT_TOKEN_TO_BE_REPLACED
Recent Posts
We and our partners use cookies on this site to improve our service, perform analytics, personalize advertising, measure advertising performance, and remember website preferences.Ok