Age is nothing but a number for Christina Aguilera! On the eve of her 40th birthday, the singer proved she’s looking better than ever with a sexy new Instagram video.

Christina Aguilera turned 40 on Dec. 18, and she posted a video on social media to celebrate. In honor of the big day, Christina got glammed up in a black jumpsuit, which featured gold patterns throughout the fabric. In the video, she strutted down the hallway of her home with her back to the camera while rocking the skintight look, which showed off her incredible figure.

With Megan Thee Stallion’s “Body” playing in the background, Christina put her best runway walk on display. Her hair was styled in a sleek ponytail, with long extensions so that the blonde locks cascaded all the way down her back. At the end of the clip, she turned to the camera to show her face, as well. Christina’s look was complete with open-toed heels, and fans filled the comments section with praise for how incredible the outfit was.

Clearly, the pop star is exuding major confidence in this video, but that wasn’t always the case throughout her career. Earlier this year, she opened up about her struggles to try and achieve the ‘perfect body,’ and vowed to no longer put that pressure on herself. “I’m not going on a diet — get over it,” she said. “Each of us is an individual and people judge you based on your differences, what makes you unique. You have to accept that beauty and to hell with everything else.” 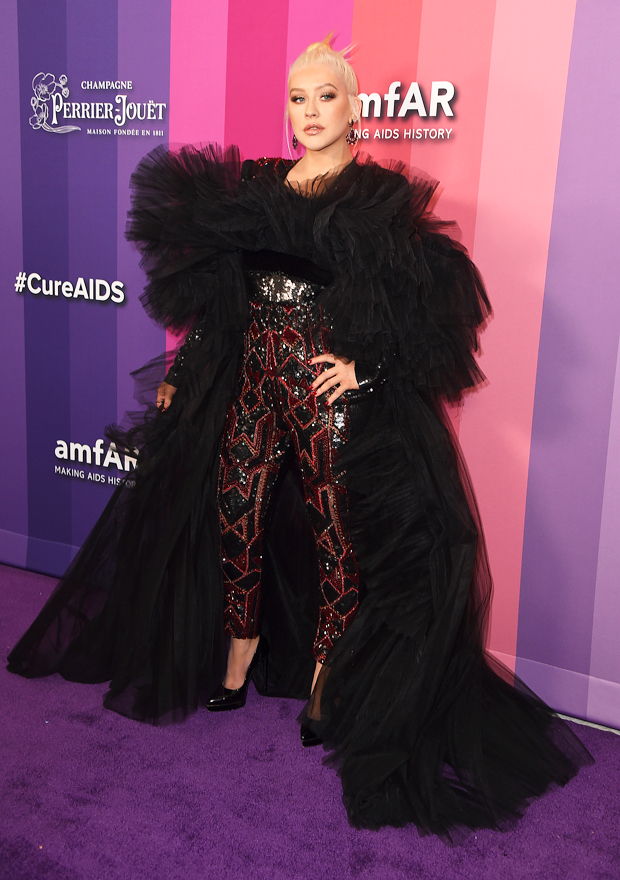 During the sit down, she also urged fans to “be kind” to themselves and not “waste time” looking over their shoulders to see what everyone else is doing. “True beauty to me is the ability to know you and project what you are in an unmistakable light,” she explained.

Christina has had an illustrious career since bursting on the scene as a teenager with her debut album in 1999. She’s won five Grammy Awards, and was even nominated for a Golden Globe Award in 2011. Christina’s personal life also thrived in the public eye. She had a son, Max, with her first husband, Jordan Bratman, in 2008. Then, she got engaged to her current fiance, Matthew Rutler, in 2010, and they had their daughter, Summer, in 2014.

END_OF_DOCUMENT_TOKEN_TO_BE_REPLACED

END_OF_DOCUMENT_TOKEN_TO_BE_REPLACED
Recent Posts
We and our partners use cookies on this site to improve our service, perform analytics, personalize advertising, measure advertising performance, and remember website preferences.Ok