A DOTING dad has built an incredible Harry Potter-themed "street" inside their family home at Windsor in Berkshire for his daughter's sixth birthday.

Ella got the surprise of her life when she opened her wardrobe before stepping into a life-like Diagon Alley hidden behind her cupboard. 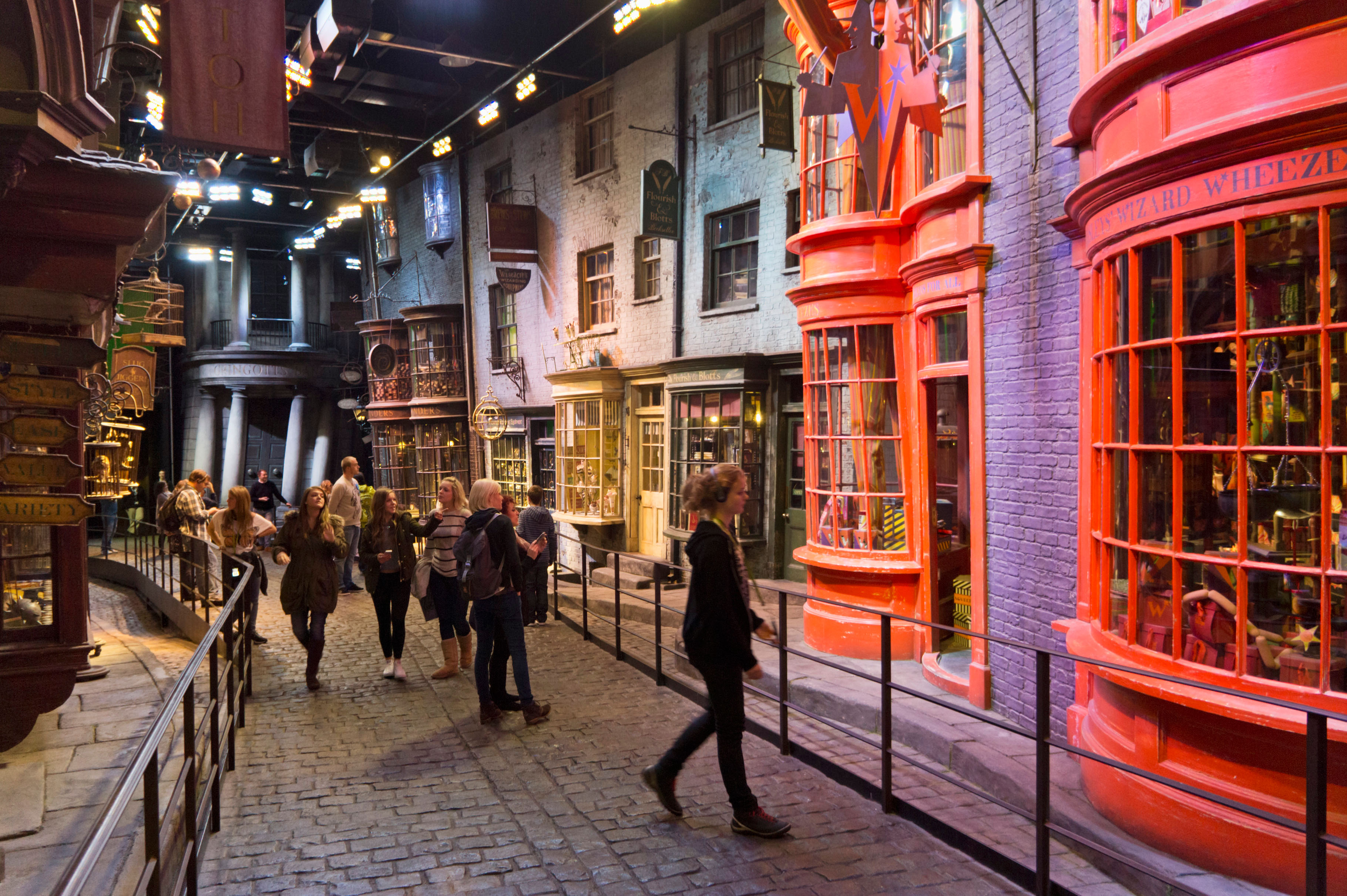 The secret street appears in the Harry Potter series and is where all the wizards and witches go to shop for supplies.

And now, the lucky six-year-old can visit any time she likes after her dad Dylan revealed the magical surprise in a game of hide-and-seek.

Speaking in a clip on BBC News, Dylan admitted that the room was a "nothing room"which they never used or visited, but says it's now the "best room in the house."

The crafty dad spent months planning and building the space without his daughter knowing, and now it has all the makings of a real life Harry Potter set. 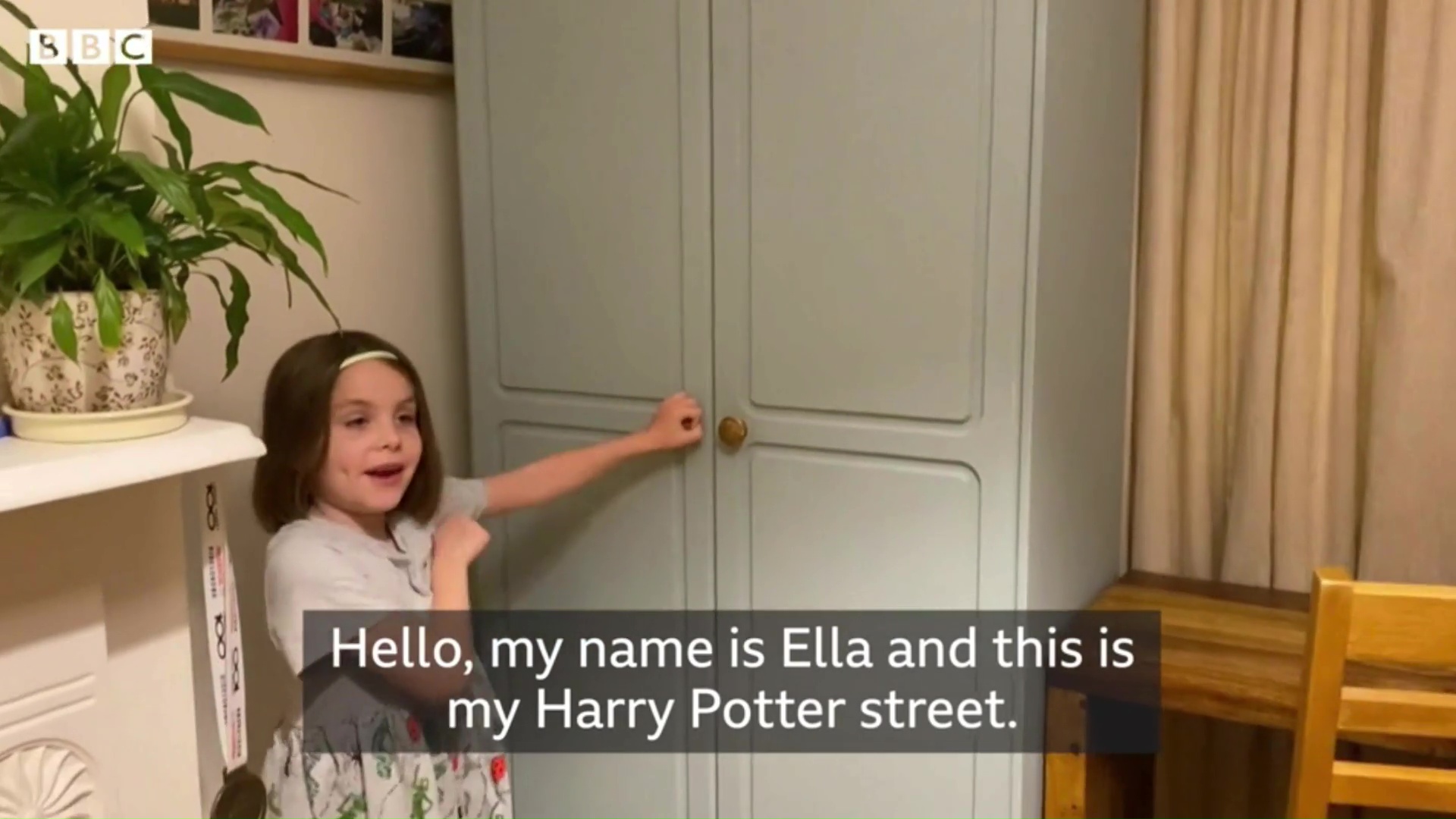 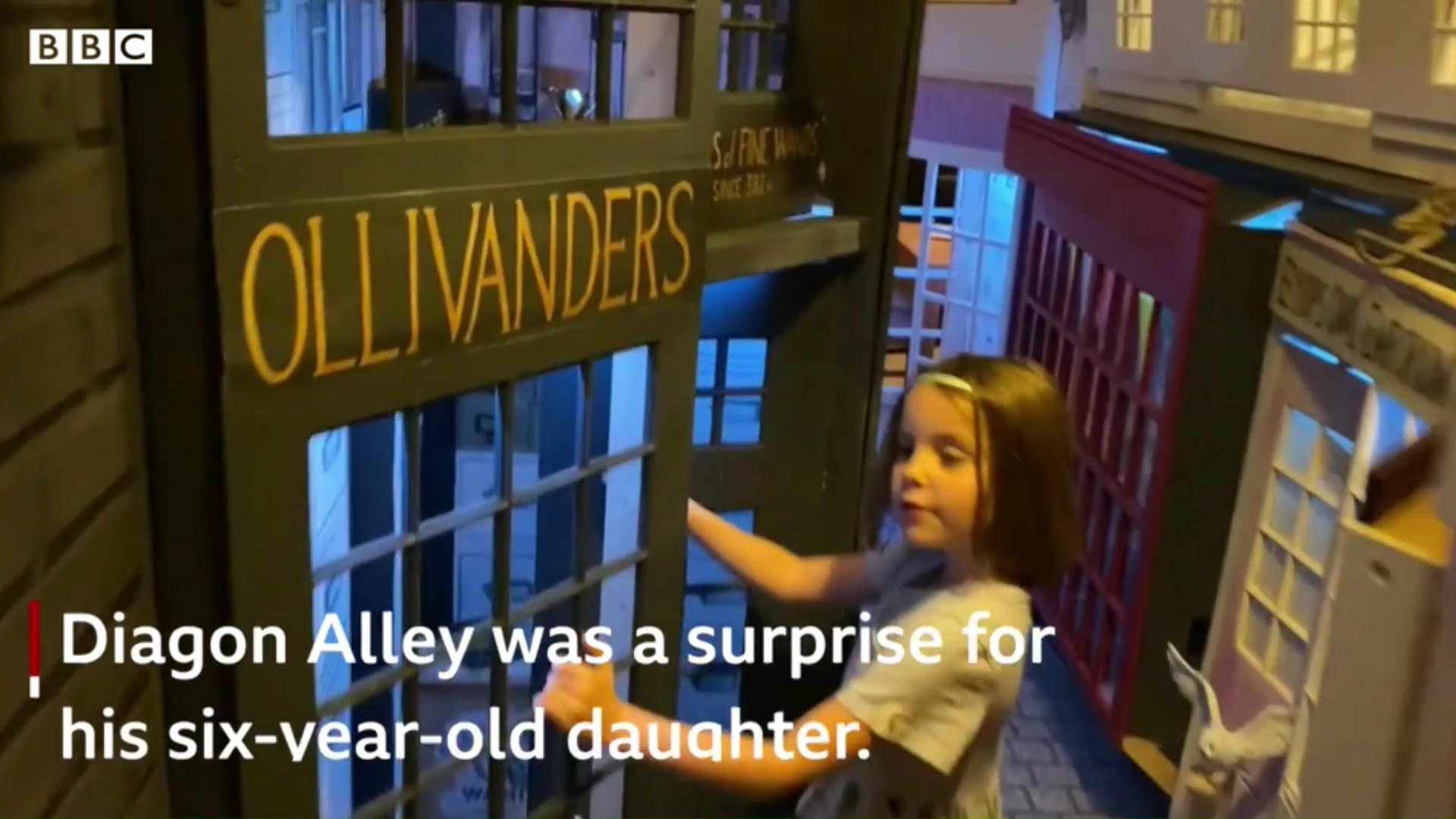 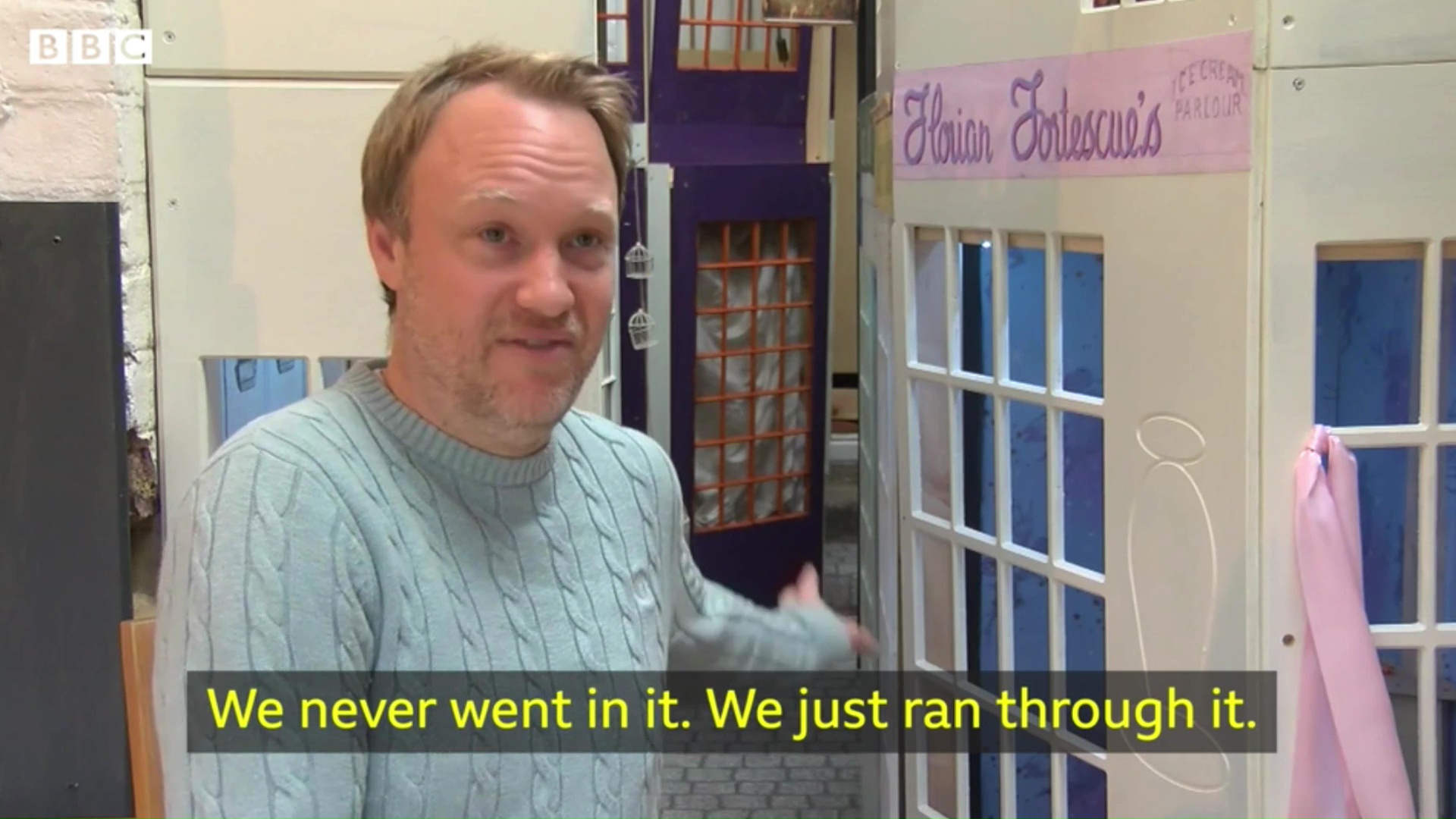 It even features Ollivanders wand shop,Eeylops Owl Emporium, and Fortescue's ice Cream Parlour, and he plans to add more later down the line.

The mystical space even has cobblestone flooring and moody lighting adding to the overall look and feel of the theme.

Ella looks incredibly stoked to have her very own themed room, and it's enough to make any Harry Potter fan green with envy. 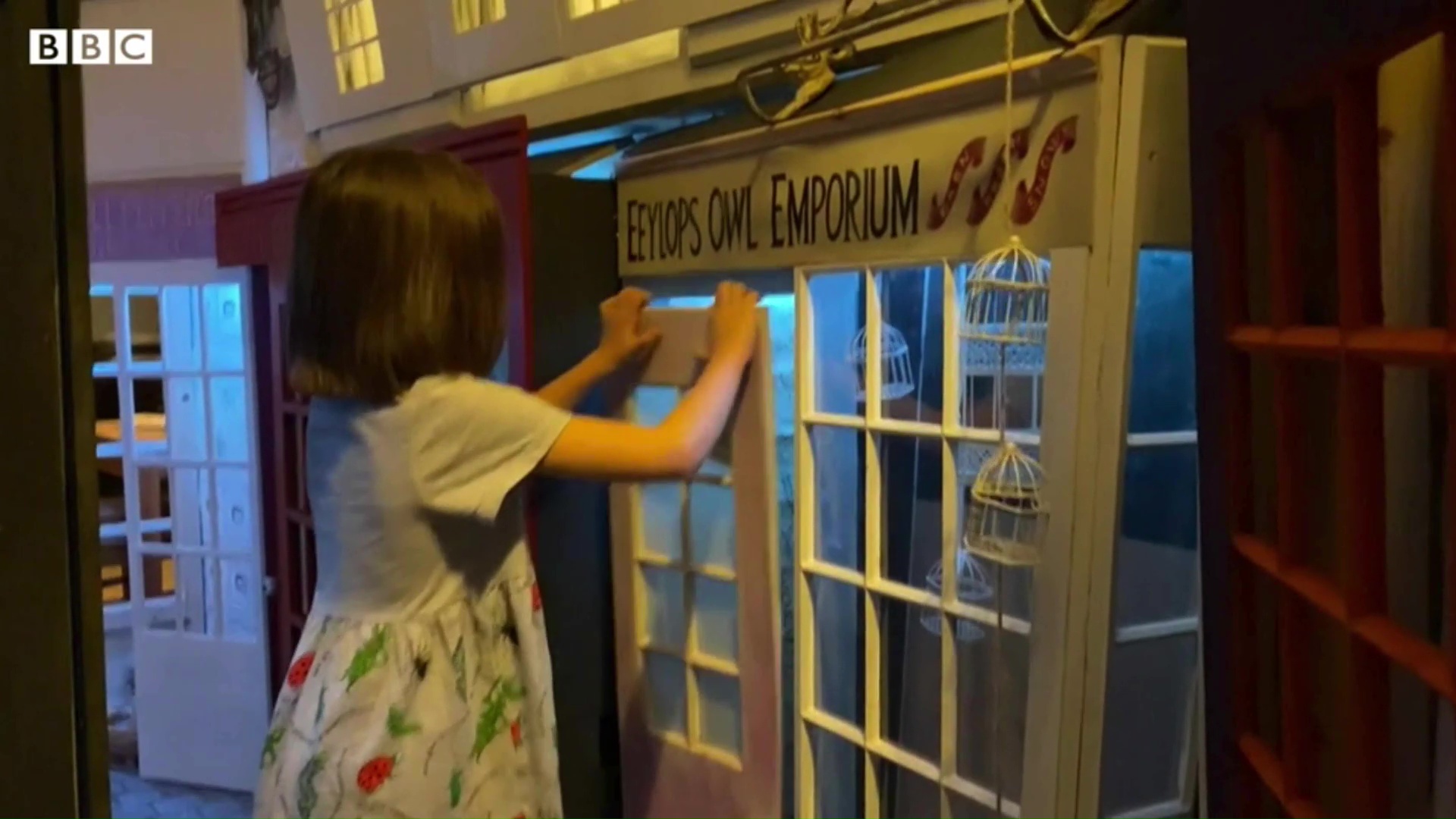 And Primark is selling a magical Harry Potter advent calendar for Christmas and fans are already obsessed.

Plus Tesco is selling a Harry Potter invisibility cloak and it’s perfect for budding witches and wizards.

END_OF_DOCUMENT_TOKEN_TO_BE_REPLACED

END_OF_DOCUMENT_TOKEN_TO_BE_REPLACED
Recent Posts
We and our partners use cookies on this site to improve our service, perform analytics, personalize advertising, measure advertising performance, and remember website preferences.Ok