Emma Weymouth is a fashion model, socialite and television personality who is currently taking part in Strictly Come Dancing. She tied the knot with Ceawlin Thynn, Viscount Weymouth six years ago and was given her title on the day. The Viscountess stole the show wearing a pricey tiara and modern wedding dress at one of the largest weddings ever held at Longleat.

Emma and Ceawlin announced their engagement in November 2012 and they were married seven months later at the family estate, Longleat House.

However, their love story was not without controversy and Ceawlin’s parents, Alexander Thynn, 7th Marquess of Bath, and Anna Gyarmathy, reportedly refused to attend the ceremony after a feud with their son over changes he made at Longleat House.

The feud did not stop the couple from hosting a grand on the Longleat estate which took place on 8 June 2013. 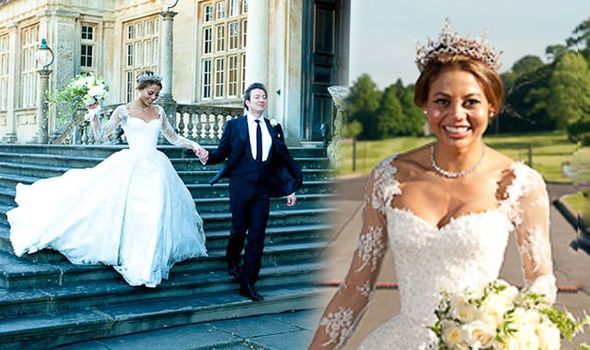 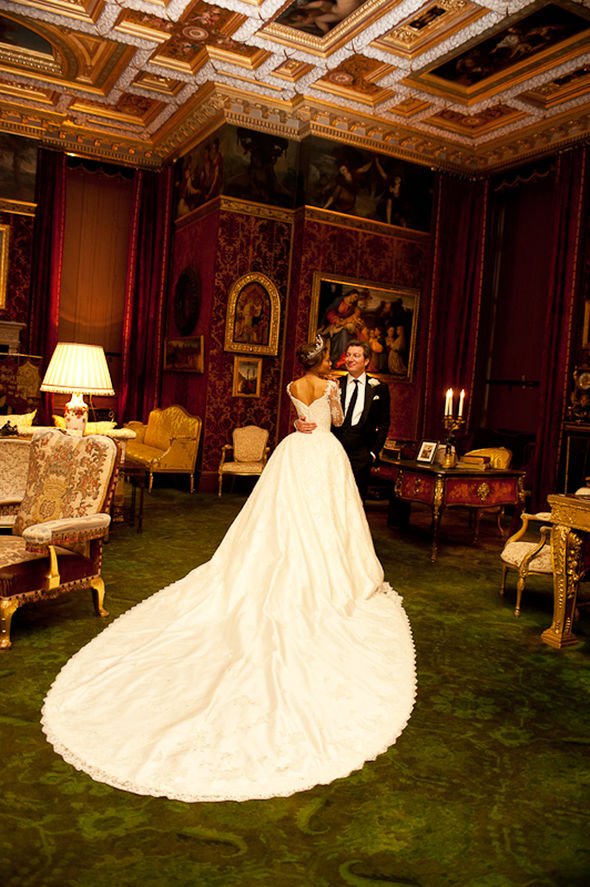 The crown looked fit for the royal collection and had a three peak design covered in diamonds which could have been worth a staggering sum, Ailsa Russell, appraiser prestige pawnbrokers of Channel 4’s Posh Pawn, explained.

“The incredibly graceful graduated design gives the tiara an elegant weightless appearance, while featuring approximately 60-70 carats of perfectly matched bright diamonds set in either white gold or platinum. A beautiful tiara such as this could cost in the region on £500000.

She added a thin silver chain around her neck and a pair of stun diamond earrings.

The Viscountess turned heads at the stunning affair as she walked down the aisle in an Angelina Collarusso dress which was designed by Emma and her mother.

The dress had a flattering square neckline and sheer lace sleeves decorated with the pattern of the traditional Bath flower.

The number had a fit and flare design with a fitted bodice covered in impressive embroidery.

Shortly after getting married, she put her dress on display at Longleat in a special exhibition. 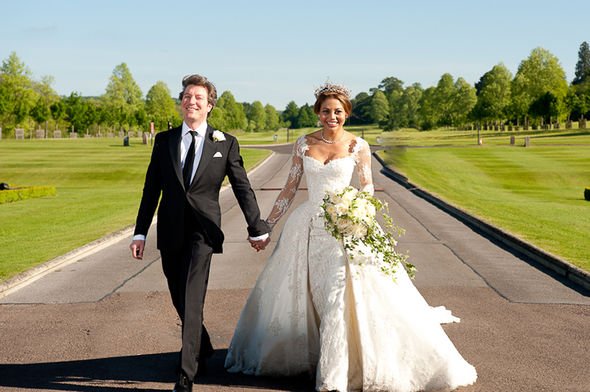 Writing on the Longleat website said: “The exhibition is a lovely reminder of the wedding and it is a great way to showcase all the amazing work and effort others put in to make it such a memorable and joyous occasion.”

She has been showing off her dancing skills on Strictly Come Dancing and is partnered with Aljaz Skorjanec.

Emma is sure to be keeping fit with the intensive training routine for the reality show and has previously opened up about her love of fitness. 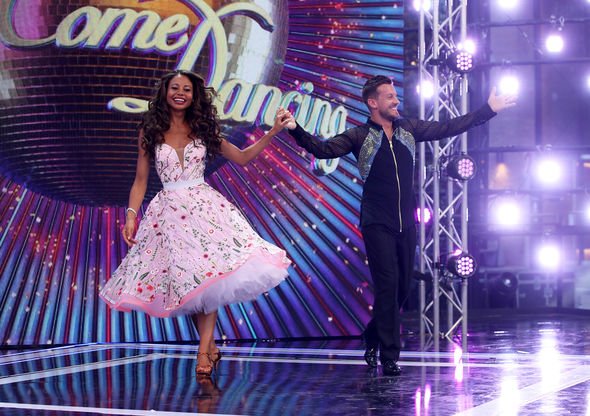 Writing for Vogue magazine, she said: “HIIT exercise has been scientifically proven to be the most effective method when looking to transform or maintain your physique, as well as being an efficient way to build muscle and boost metabolism.

“One such form of this HIIT exercise is Tabata. Tabata consists of 20 seconds on, 10 seconds off, eight times, totalling four minutes.”

She also revealed she will focus on cardio and bodyweight exercises to stay trim.

END_OF_DOCUMENT_TOKEN_TO_BE_REPLACED

END_OF_DOCUMENT_TOKEN_TO_BE_REPLACED
Recent Posts
We and our partners use cookies on this site to improve our service, perform analytics, personalize advertising, measure advertising performance, and remember website preferences.Ok