Home » Fashion » I love living in a cemetery even though the house is haunted – doors slam, our dog barks at walls and we hear footsteps

I love living in a cemetery even though the house is haunted – doors slam, our dog barks at walls and we hear footsteps

Bex Palmer, 38, is a professional ghost hunter and lives in Cheshire with her husband Sean, 38, and their three kids Isabella, 10, Darcy, eight, and Ella, four.

“My heart raced as my husband Sean and I stood in the pitch-black room. With our ghost-detecting equipment set up backstage at a haunted Manchester theatre, we both felt a paranormal presence. 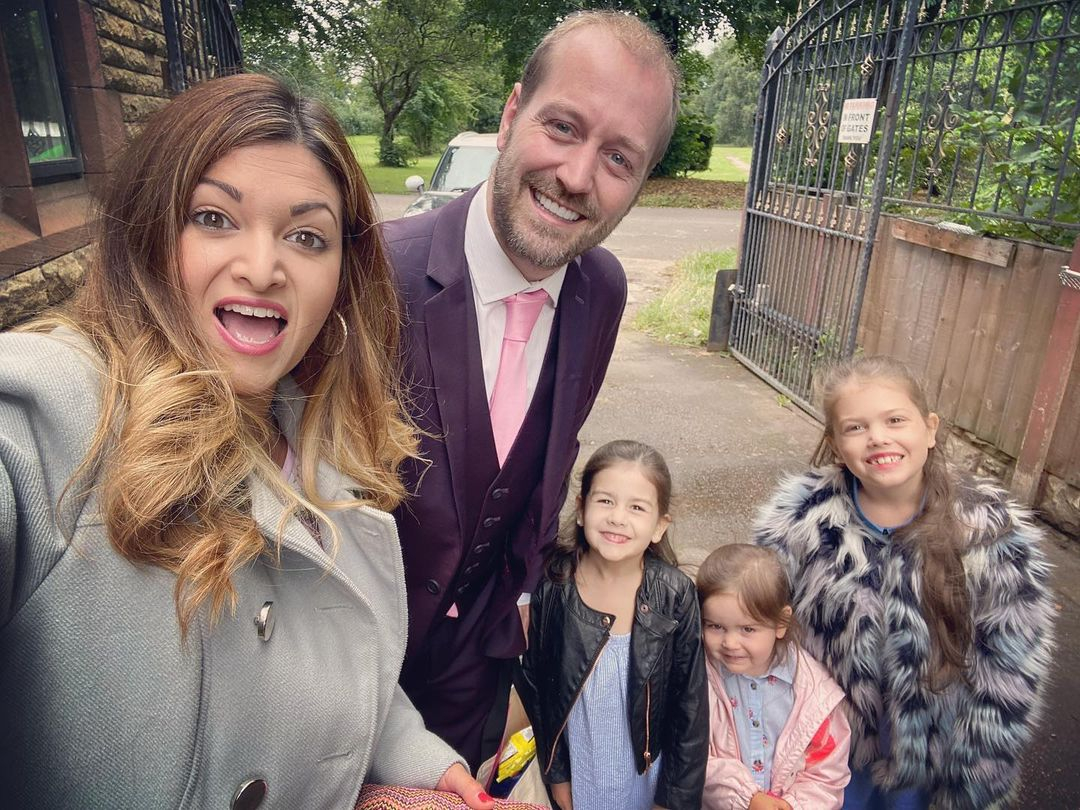 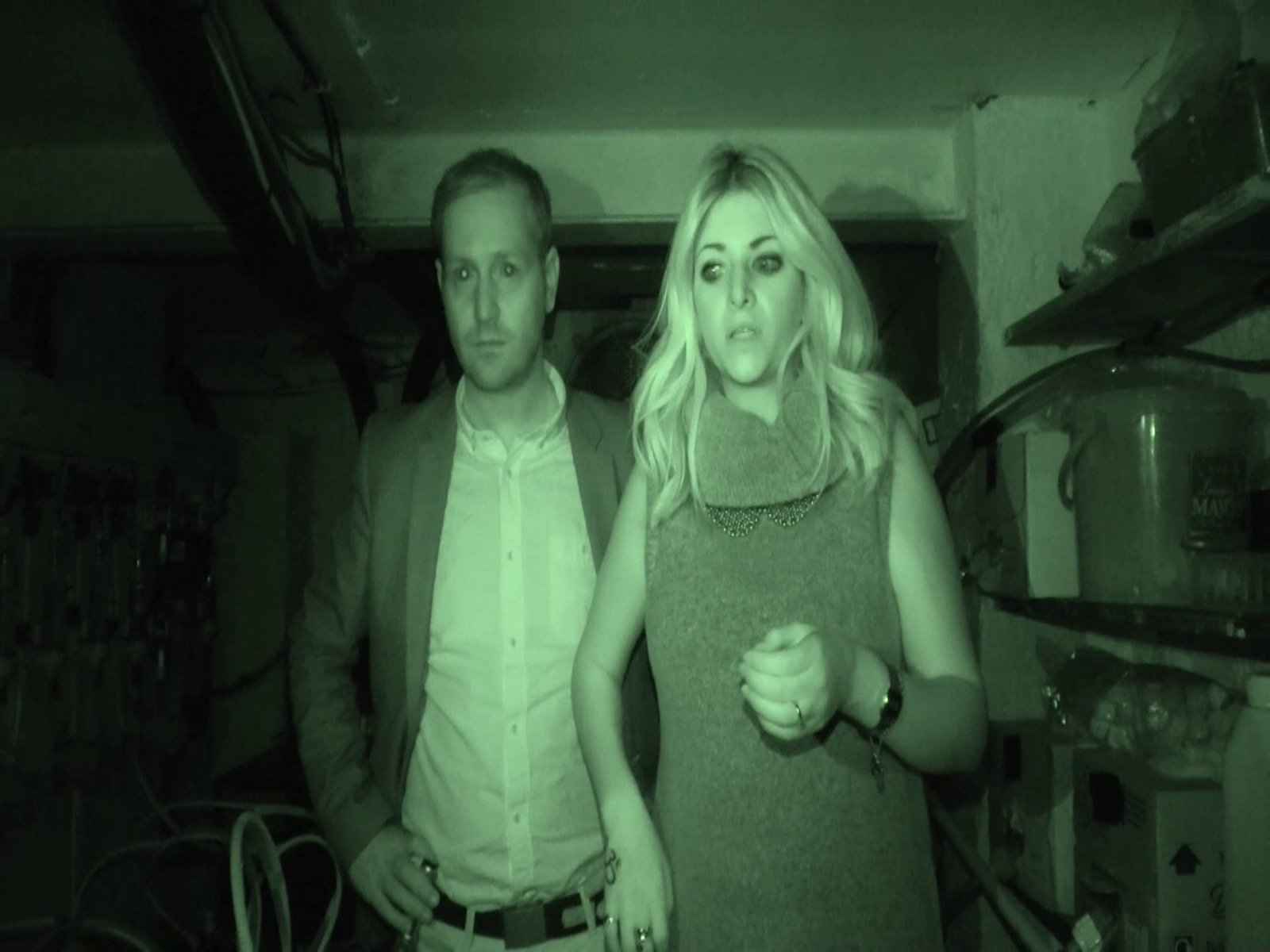 I’ve been fascinated with the occult since I was a kid. My mum Trish, now 77, is a white witch who uses spells to heal.

Growing up, I’d see spirits in our home – there was a very white, pale old man who would get angry when there were visitors.

At first it scared me, but then I realised they meant no harm and it only fuelled my interest in the supernatural.

Sean and I met on a night out in 2006 and bonded over our fascination with the paranormal.

In October 2010, we started going on weekend ghost hunts, including a visit to Newsham Park Asylum in Liverpool where it’s thought, in the ’50s, a boy with autism was left to die in a cubby hole.

There were scratches on the walls where he’d tried to escape. When an orange mist formed, Sean and I both screamed and ran, which we regret – the boy’s spirit was clearly trying to manifest.

In January 2011, we began to host seances for friends in haunted locations. One time, in an old asylum, a spirit whispered Sean’s name, then started to growl and move things in the room.

It got us thinking there was a niche in the market for a ghost-hunting business, with members of the public paying to join us.

At the time, I was working as a carer and Sean ran a telecommunications business.

My mum was supportive of our venture, but other family and friends didn’t think ghost hunting was a ‘real’ job.

But we trained with paranormal investigators and both have diplomas in parapsychology (the study of psychic phenomena) from the Centre of Excellence in Manchester.

We use REM pods (devices with lights to show when a spirit appears) and K-II meters (aerials that measure spikes in electro-magnetism) as well as recording equipment.

In the early days, Sean and I ran tours of haunted sites, charging around £20 a person. But now we’re mostly called out by homeowners to investigate eerie goings-on.

After leaving the kids with my mum, we’ll cleanse a building of a spirit with spells, rituals and incense.

It’s not just old buildings that are haunted. In 2019, ex-footballer Neil Ruddock called us to his new-build house.

Ornaments were falling, doors were slamming, and his wife Leah could sense someone was watching her when she undressed.

We took along our late-friend, TV medium Derek Acorah, who discovered the house was haunted by a Spitfire pilot who’d been shot down during WW2.

After the house was cleansed, we heard a loud popping noise as it departed. Neil and Leah never felt its presence again.

Occasionally we sense malevolent spirits, which can be terrifying. In 2016, we were hunting in tunnels near Birmingham and felt an evil presence.

I was filled with a sense of foreboding and we heard jangling keys and pigs shrieking. We waited to see if a spirit appeared, but none came and I was glad to get out of there.

The following year, we were called to the theatre in Manchester after figures were sighted. The spirit of a little girl attached herself to me – it felt like she’d filled my body – before leaving.

I could tell she’d been looking for her mummy, and, as a mum myself, I was heartbroken.

We moved into our home in 2013 – it’s within the gates of a cemetery that closes at 9pm, surrounded by graves. It might not be everyone’s cup of tea, but we love it.

Unsurprisingly, the house is haunted – doors slam, our dog Trixie barks at walls and we hear footsteps. Our kids know what we do, but we don’t give them the gory details and instead make jokes out of noises at home.

Of course, there are sceptics. But there’s plenty in this world we can’t explain.” 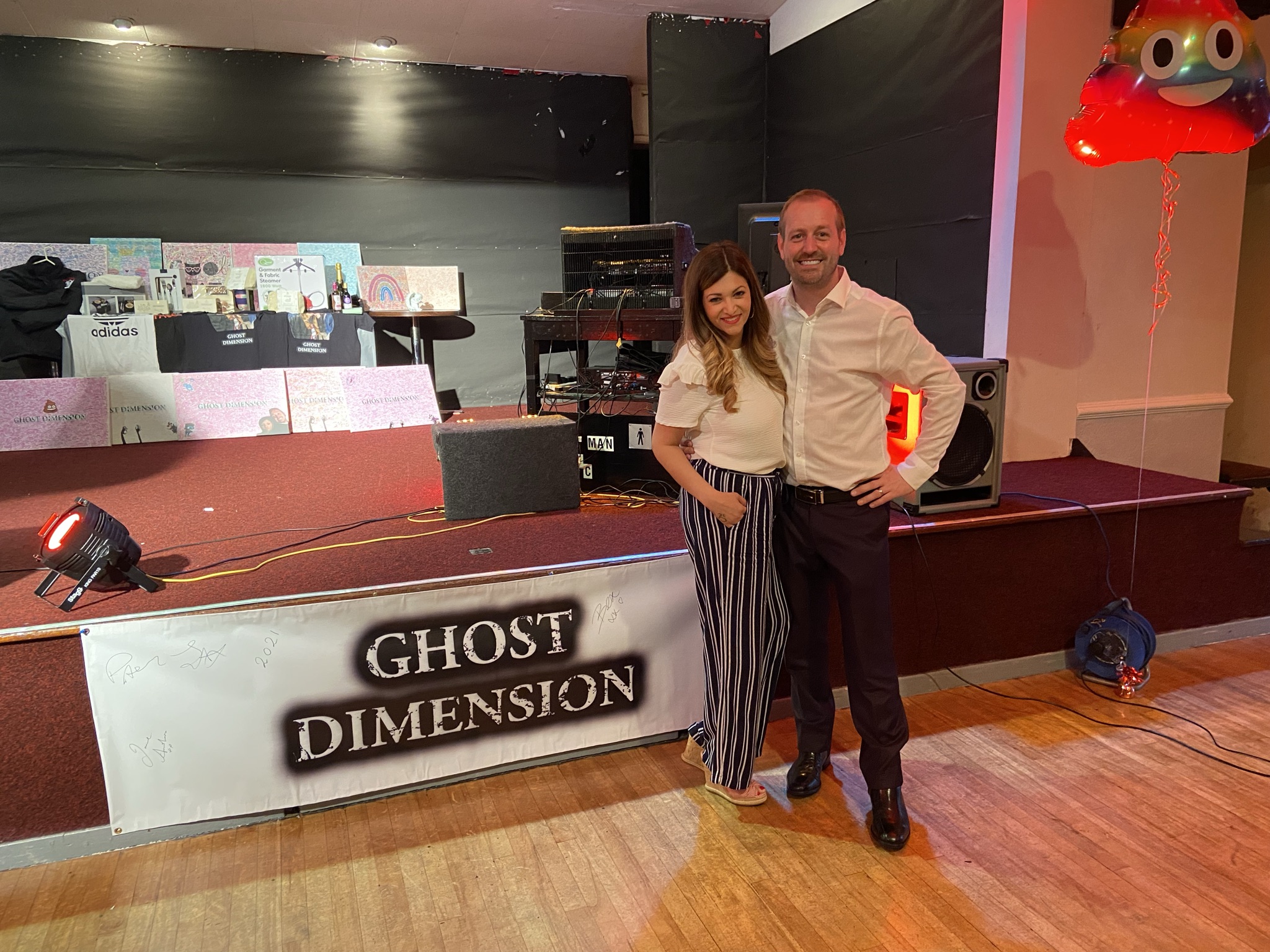 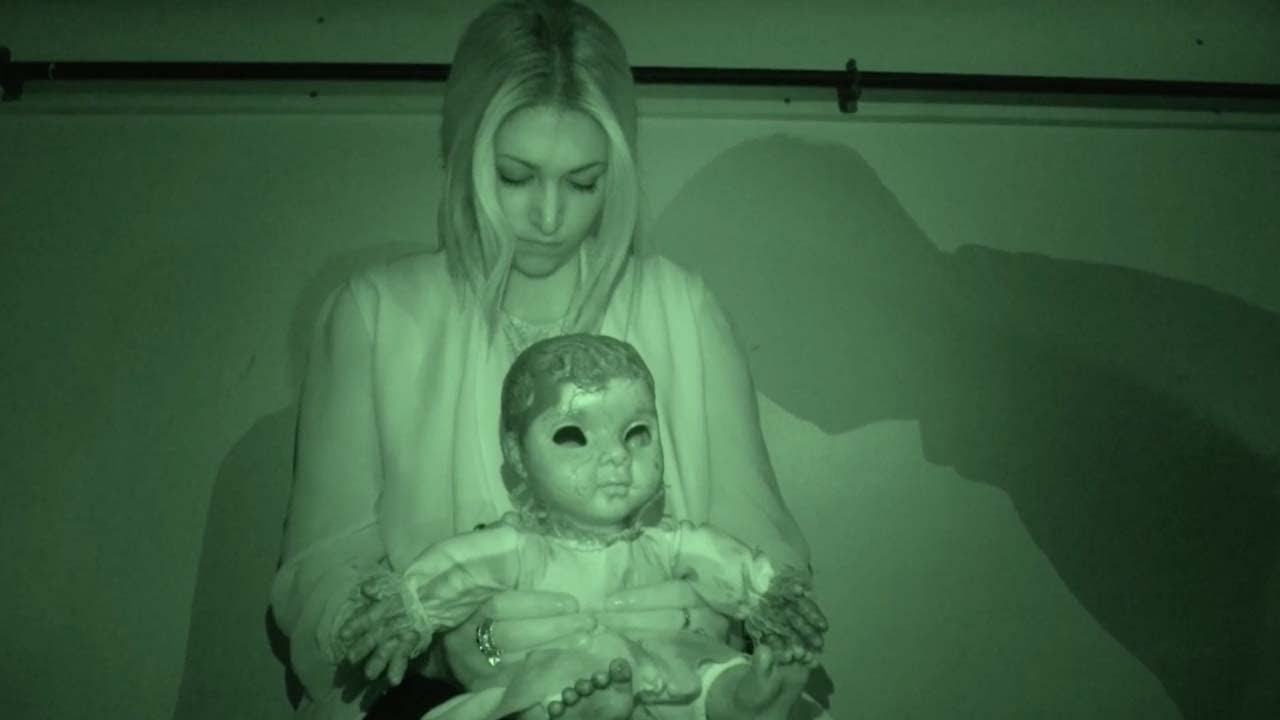 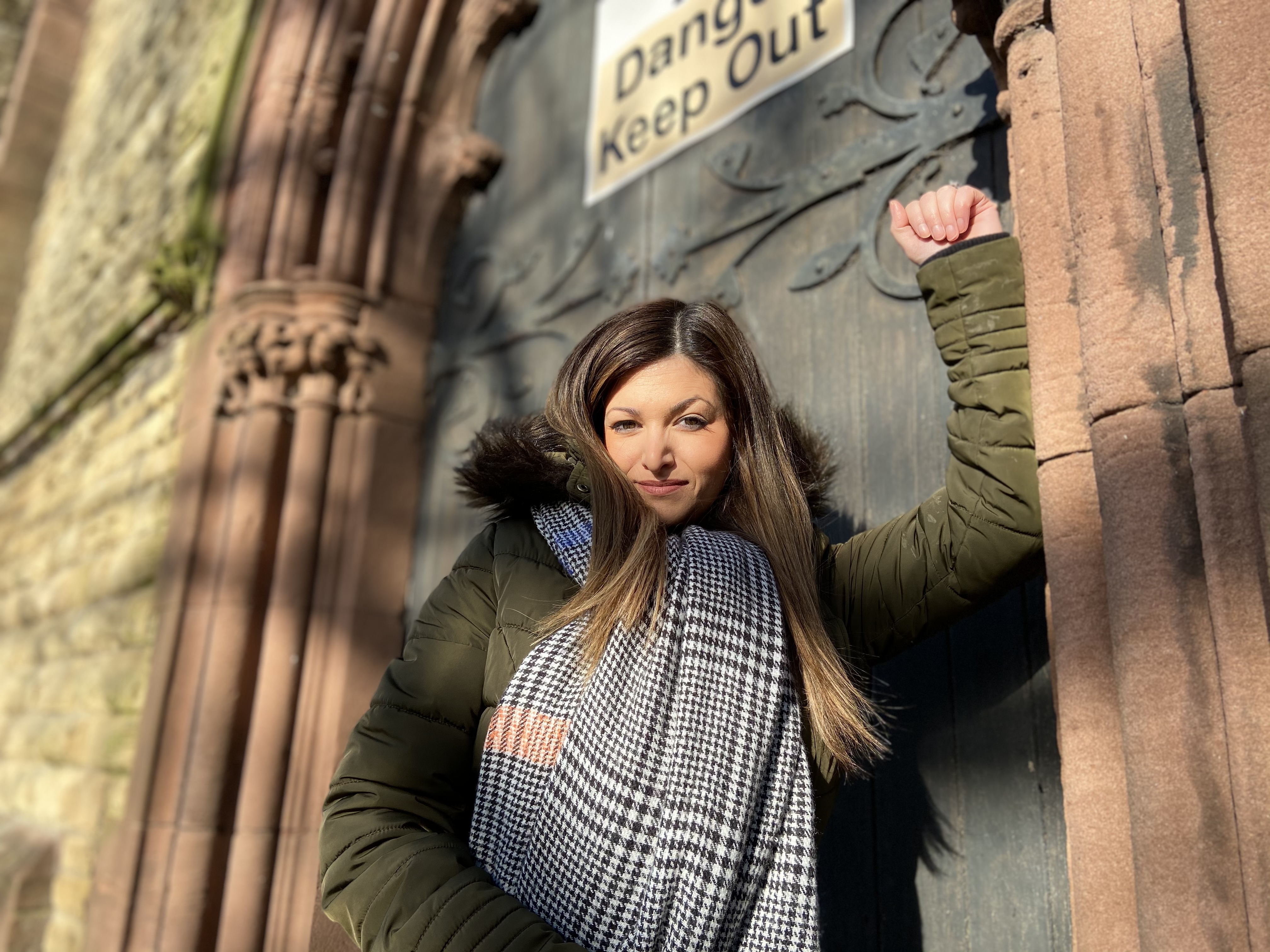