Home » Fashion » I posed for Playboy while battling a fatal brain tumour, docs said I have a year to live but cannabis is keeping me here

I posed for Playboy while battling a fatal brain tumour, docs said I have a year to live but cannabis is keeping me here

A PLAYBOY model who was given just a year to live has revealed how she defied her odds by self-medicating with CANNABIS.

Kerri Parker, 36, from Norwich, shunned chemotherapy in favour of the illegal substance which she claims has stabilised her tumour allowing her to continue modelling. 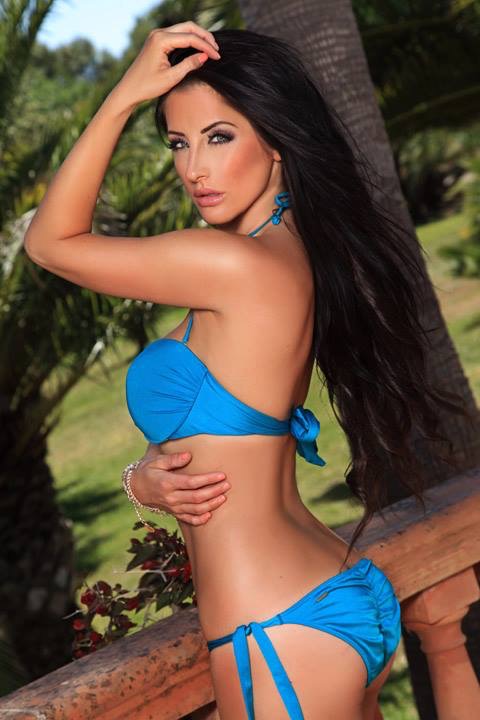 The Playmate, who risks five years behind bars with her illegal treatment, is so convinced of her holistic approach she is even treating her sick dog with cannabis, shunning vet bills in favour of cannabis and magic mushrooms.

Kerri had just embarked on the adventure of a lifetime, relocating to the Playboy mansion in LA when her modelling career ground to a halt.

Speaking exclusively to Fabulous Digital, the former body doublefor Megan Fox explained: “It was the highlight of my modelling career.

“Heff was just the kindest, nicest man you’ve ever met; it wasn’t how people think. 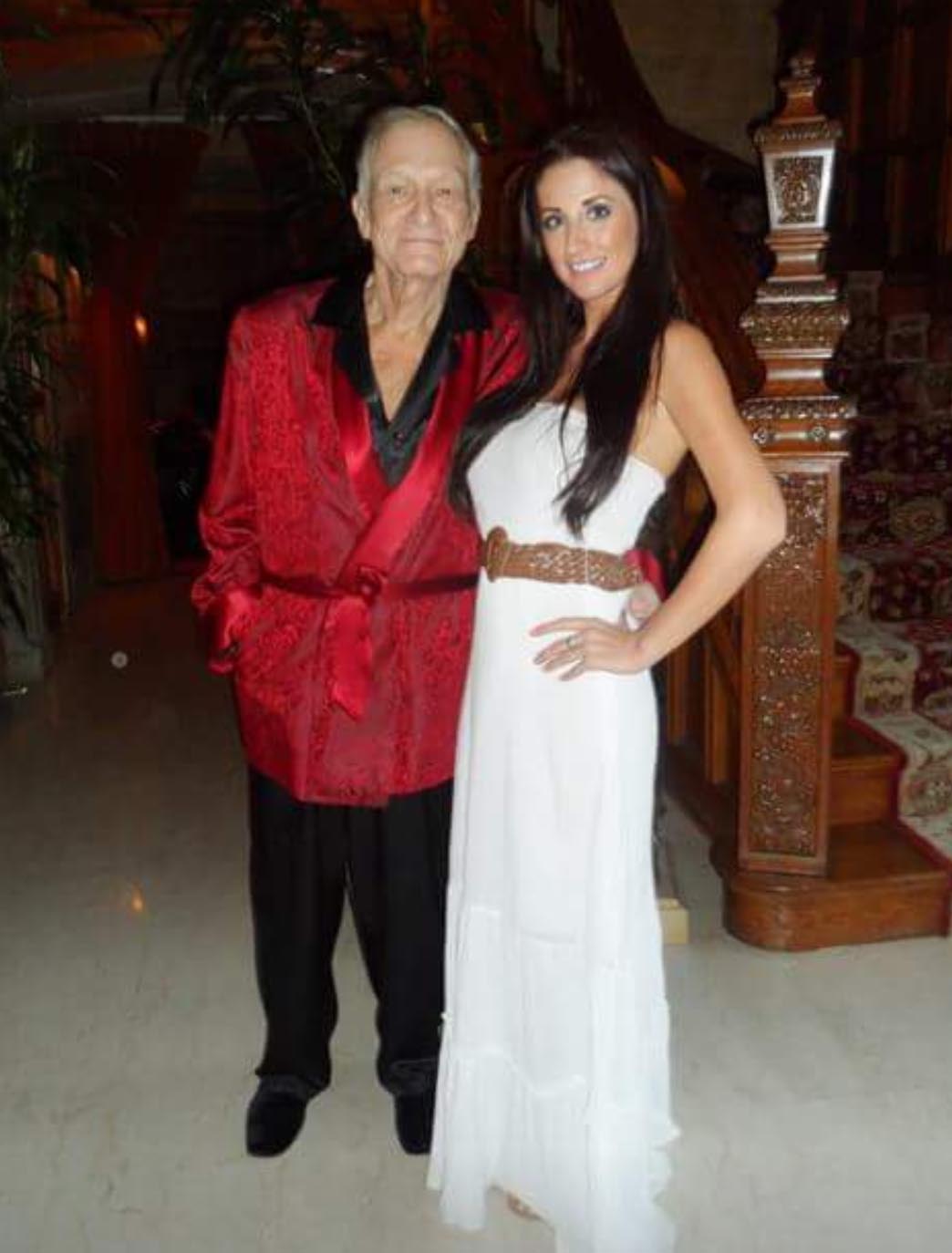 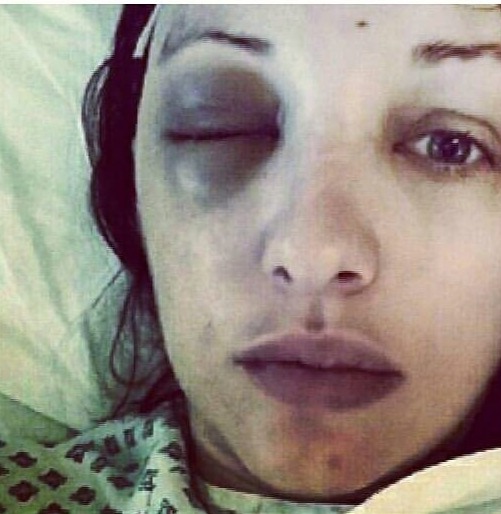 “There weren’t wild parties, he didn’t sleep with the models, it was just like a big family and it was just incredible.”

Then in October 2013 Kerri was forced to return home to her mum in Norwich after she became unwell.

“Doctors initially thought I had meningitis because I had a rash and was struggling to see,” Kerri explained.

“I went to A&E where I ended up staying for a week while doctors struggled to diagnose any viruses. 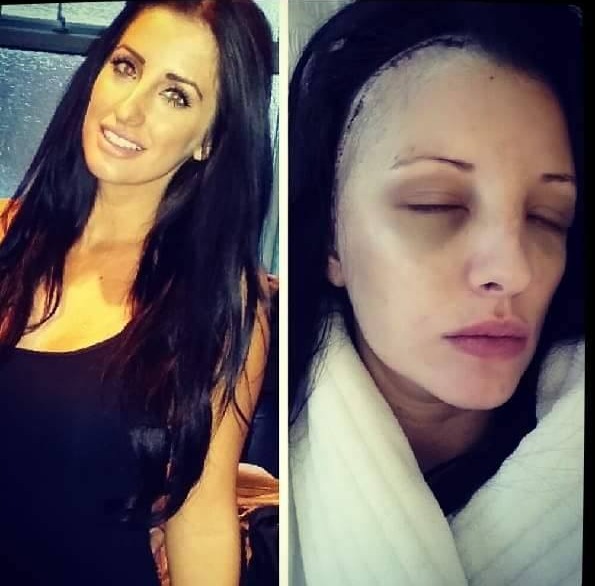 Brain tumours: signs to look out for

A brain tumour is a growth of abnormal cells that grow on the organ and multiply and spread in an uncontrollable way.

According to the NHS, the symptoms of a brain tumour depend on its severity and which part of the brain is affected.

However, there are common signs that people can look out for if they are worried.

These include severe, non-stop headaches, seizures as well as nausea, vomiting and drowsiness.

Other signs can include vision or speech problems, paralysis and even changes to a person's behaviour such as having difficulty remembering things.

These symptoms can appear suddenly or develop slowly over time.

“It was then I was sent in for a brain scan and it was then that they discovered the tumour.”

In February 2014 Kerri went in for brain surgery, and was told that it had been a total success with doctors giving her the all-clear.

But in June 2019 Kerri was given devastating news.

“It turns out that my tumour was becoming terminal and it had been missed on the scans for five years,” she said.

“Out of nowhere I was told I was terminal and the tumours had spread – I was devastated.” 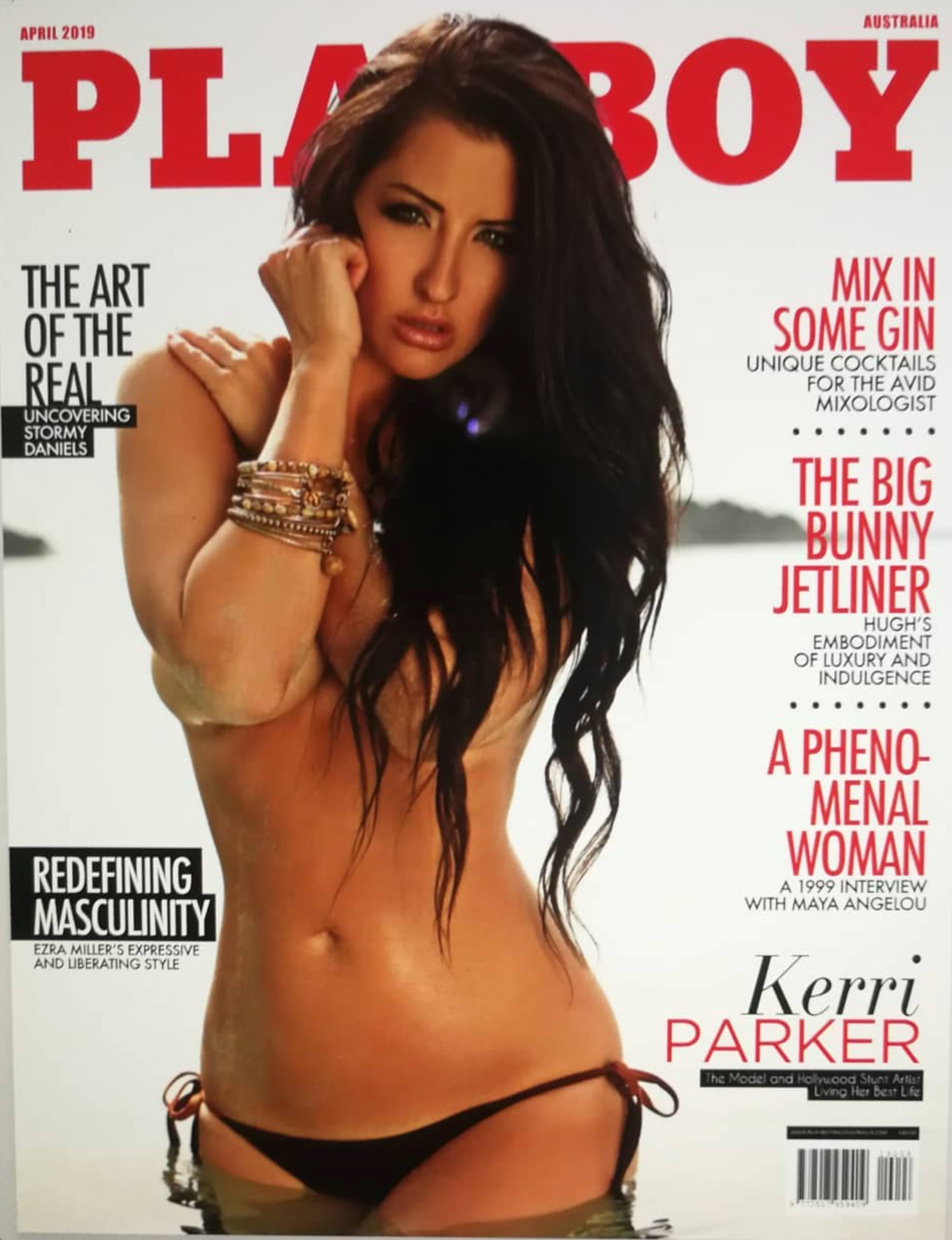 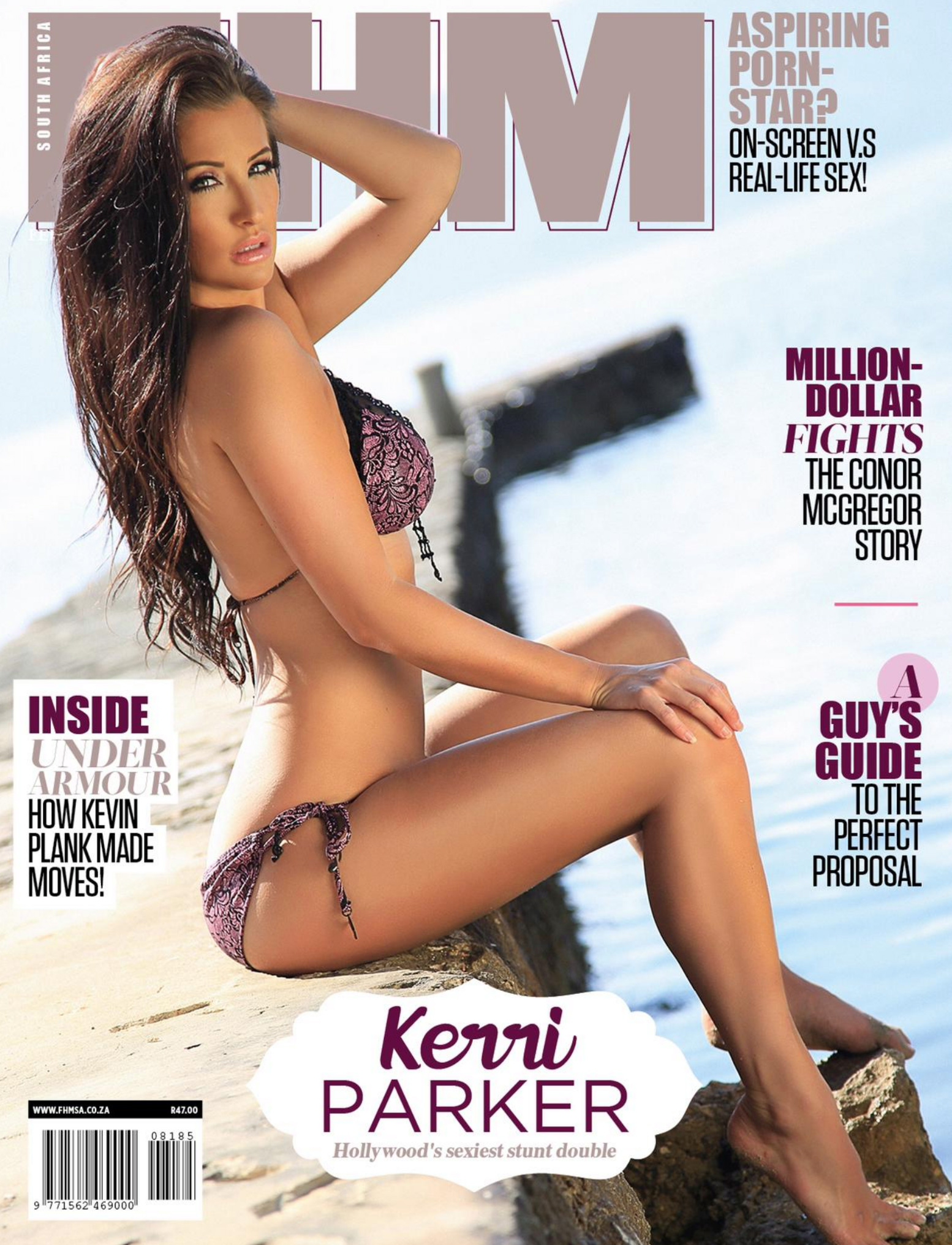 Faced with the prospect of chemotherapy, Kerri desperately searched for an alternative.

She insists that chemotherapy would make her sicker after claiming radiotherapy caused her grandad to develop three further tumours which eventually killed him.

Kerri says she tried everything to battle her evergrowing brain tumour, even digesting frankincense and pet worming tablets.

After going against doctors wishes, she travelled to a hospital in Mexico to have scans and medication before a friend suggested she tried cannabis oil as an alternative.

The Miss World contestant says she began orally taking regular daily amounts of the oil containing 78 per cent THC, way over the 0.05 per cent that is legally available through the NHS in the UK.

People called me a ‘stupid girl who was going to die’ but I proved them all wrong.

She claims the oil helped her body to heal and reduce the huge swelling on her brain.

Kerri said: “Last June we went in for a check up and I was expecting her to tell me that my tumour had grown but she said ‘oh, you’re stable!’

“I could not believe it.

“It’s such an aggressive cancer that was spreading through my brain like fire. If it had gone any further I would have died.

“But I have been stable since and have been able to continue modelling doing my FHM cover and my Playboy cover whilst having cancer.”

Kerri, who also suffers from epilepsy, says she can hope for shrinkage but just being stable is enough for now.

She said: “I’ve been turning down chemo for years now – they told me cannabis wouldn’t work and it’s been the only thing to stop the growth.

“Being stable is being alive, while it’s not the life I want, it is keeping me alive for my mum

“I told the world that cannabis works and it’s kept me stable. I knew in my gut it was the right thing to do.

“The chemo was aggressive and not many people survive it, and radiotherapy usually leads to more brain tumours.

“People called me a ‘stupid girl who was going to die’ but I proved them all wrong.”

Kerri says that she isn’t the only testament to CBD working.

“I have had friends who have taken my holistic approach and actually ended up curing themselves,” she claims.

“I have had people messaging me thanking me for saving their lives as they have now received the all clear.”

In fact Kerri is so convinced of the benefits of the cannabis she is now using it to treat her pug Arnie.

She said: “Arnie had a massive surgery to remove an orange size tumour and he was given a two week survival rate .

“They wanted to give him chemo following the surgery but he wasn’t insured and I couldn’t afford £10k in vets bills.

“I wanted to treat him myself, and I’ve found that CBD works as well as medicinal mushrooms – everything I use I’m giving to him.”

Kerri, who qualified for Miss World last year, is now hoping to travel to Barbados for the competition in 2021.

CANCER patients who opt for alternative therapies over chemotherapy are twice as likely to die, experts have warned.

That's what a team of experts from Yale School of Medicine in the US discovered after comparing treatment success rates for more than 700 cancer patients.

The team combed through 10 years of records in the National Cancer Database to find 280 early stage cancer patients.

They were all diagnosed with either breast cancer, prostate or lung cancer or colorectal forms of the disease and opted for alternative treatments.

The researchers then compared the group to 560 patients with the same type of cancer that chose conventional cancer treatment such as chemotherapy, radiotherapy and hormone therapy.

Patients were followed for about five years.

On average that means cancer patients who chose alternative therapies are 2.5 times more likely to die.

Alternative medicine was also associated with a significantly worse five-year survival rate with all cancers compared to conventional treatment.

“I was given a year to live so to have all these covers and to compete in Miss World was just incredible,” she adds.

“It was my final dream, I was told I was terminal in June and I was told I wouldn’t live to see August so I just held out for it.”

She added: “I try not to look too far ahead as I have scans every three months so you can’t really live for anything longer than three months away.”

In other real life news, this mum-of-five who developed coronavirus while 16 weeks pregnant revealed she’s her had baby – but is now battling cervical cancer.

And this woman has been compared to Quasimodo and had abuse hurled at her for years after flesh-eating bug destroyed half of her face.

Plus this mum who lost 3 babies revealed she’s had TRIPLETS – after spending £20k house deposit on fertility treatment.

END_OF_DOCUMENT_TOKEN_TO_BE_REPLACED

END_OF_DOCUMENT_TOKEN_TO_BE_REPLACED
Recent Posts
We and our partners use cookies on this site to improve our service, perform analytics, personalize advertising, measure advertising performance, and remember website preferences.Ok