US President Donald Trump sent his daughter, Ivanka Trump, to Las Vegas, Nevada to represent the President at the annual Consumer Technology Association trade show. Dressed in an authoritative pinstripe power suit, Ivanka captivated the audience as she spoke on stage with the CTA president and chief executive officer, Gary Shapiro.

The First Daughter stood out in a navy and white, pinstripe Racil power-suit, that retails on Net-A-Porter for $686 (£525.20) which she paired with suede black court heels for the CTA trade show.

The £525 Racil power suit, is made up of a gorgeous pinstripe blazer, embellished with some large white buttons on the front and sleeves, boxy shoulder pads, and an attention-grabbing white lapel.

The blazer is well fitted and tailored to the first daughter’s body. 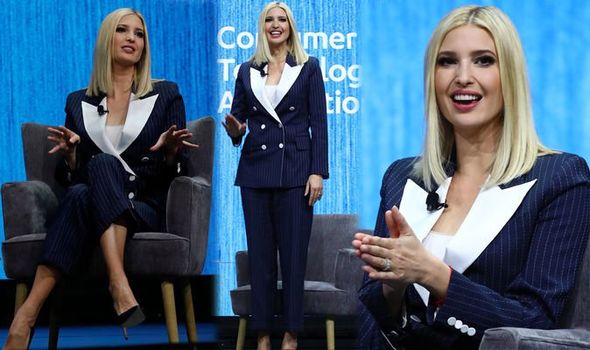 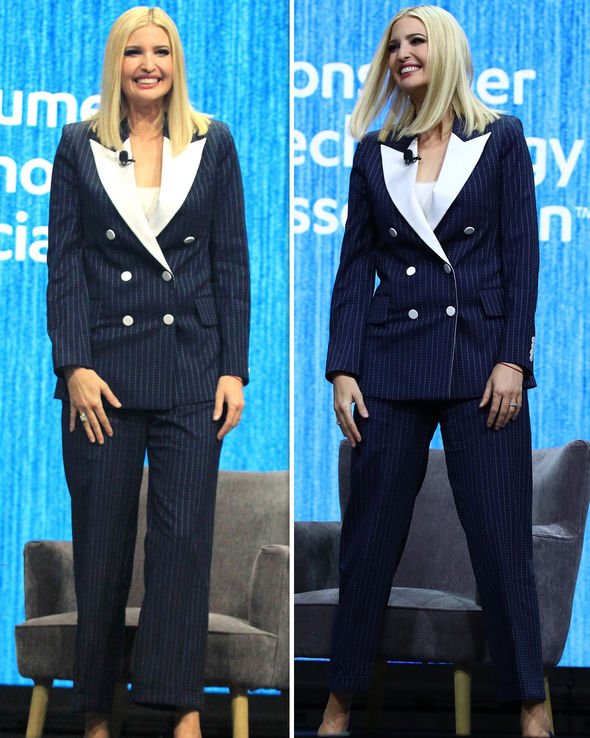 The pinstripe detailing on the blazer helps to accentuate and exaggerate Ivanka’s frame.

Ivanka has decided to wear the matching pinstripe Racil trousers, that come up slightly short on the first daughter and fall just above her ankles. The trousers are chic and designed in a wide-leg style which gives them a fashionable twist from their traditional formal look.

The first daughter opted to wear a simple white t-shirt with a-line neckline beneath the blazer by an unidentified designer.

On her feet Ivanka wore a simple pair of suede court heels to boost her already tall frame (5ft11) by another five-inches, to well above six foot.

The mum-of-three – to Arabella Rose, eight, Joseph, five, and Theodore, three – wore her poker-straight blonde hair in an elegant bob parted down the centre, a style she has favoured since cutting her hair in September.

Later in the day, she went onto her social media accounts to share a number of pictures from the CTA trade show. Captioning the images, she wrote: “We must rethink education in this country. Tech innovations are creating millions of jobs…we must ensure Americans of all ages have the skills ready to fill them.

“Let’s prioritize skills training and expand the career paths available for ALL students and workers. That’s the goal of the #PledgetoAmericasWorkers. #CES2020”

Recently, the first daughter has been favouring power suits for a number of different occasions. 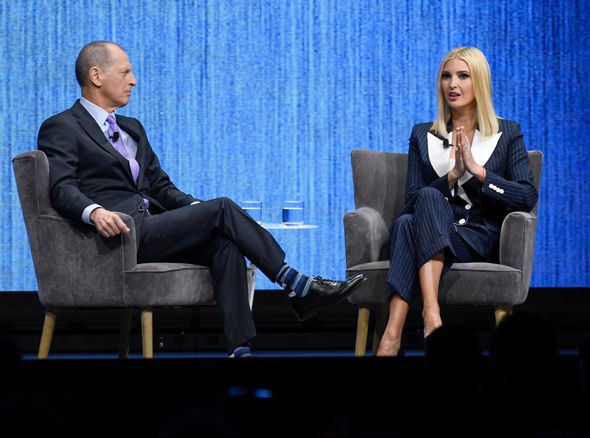 In December, the first daughter stood out in a black and pink Alexander McQueen blazer, which she paired with slightly flared black trousers and heels as she represented Donald Trump at a key Middle Eastern political forum in Qatar.

She looked pretty in pink, opting to wear a two-tone pink Alexander McQueen blazer and black flared trousers for her appearance in Doha, Qatar.

The blazer is tailored and moulded to Ivanka’s body shape.

The design of the blazer accentuated her petite waist as the black part of the blazer starts directly in the middle creating a cinched effect. 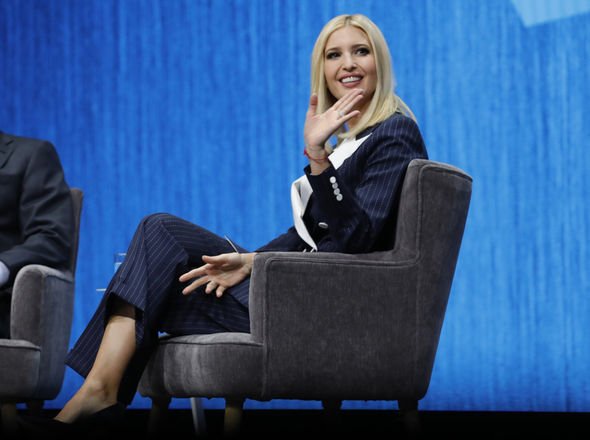 The first daughter opted for a black button-down shirt with a sharp collar by an unidentified designer.

On the bottom, Ivanka wore a pair of black flared trousers and a simple pair of suede court heels.

Ivanka, the senior White House adviser, was at the Doha Forum in the Qatari capital to “participate in the forum ́s programming and meet with government and business leaders regarding key economic objectives,” a US Treasury statement said.

During the event, Ivanka was pictured speaking with several high ranking politicians and business leaders at the event, including Qatari Deputy Prime Minister and Minister of Foreign Affairs Sheikh Mohammed bin Abdulrahman Al-Thani.

END_OF_DOCUMENT_TOKEN_TO_BE_REPLACED

END_OF_DOCUMENT_TOKEN_TO_BE_REPLACED
Recent Posts
We and our partners use cookies on this site to improve our service, perform analytics, personalize advertising, measure advertising performance, and remember website preferences.Ok