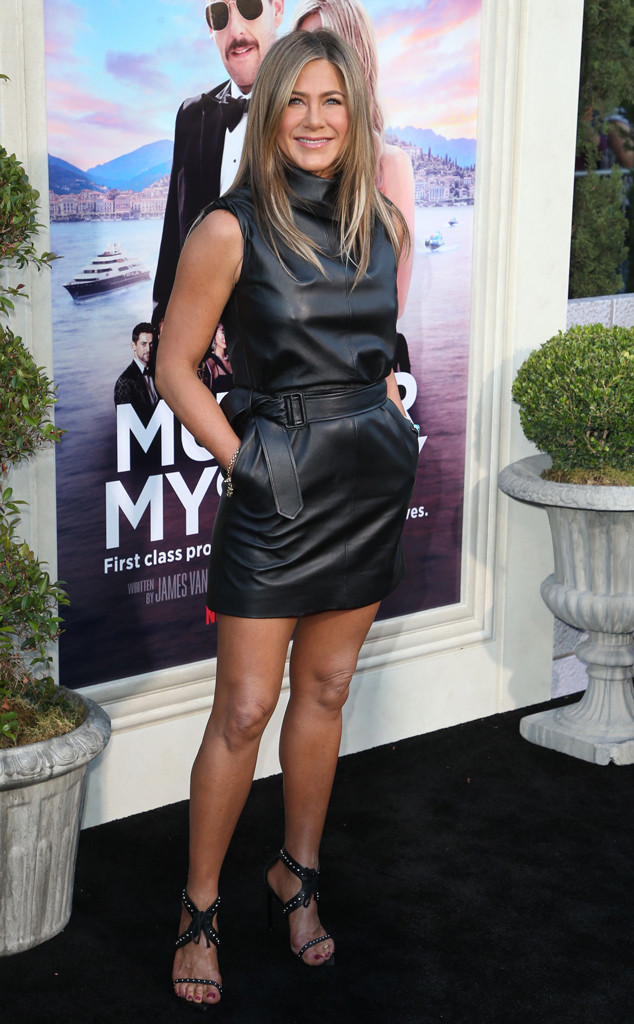 The 50-year-old actress attended the Los Angeles premiere of her new movie, Murder Mystery, on Monday and she totally slayed.

The Friends alumna wore a sleeveless, black leather dress by Celine that featured a stylish belt and turn-up collar. The celebrity also accessorized her look with black sandals and a few bracelets. In addition, she wore her signature ‘do down.

Aniston stars in the movie alongside Adam Sandler, making it their first film together since their 2011 comedy Just Go With It. In the movie, Sandler plays a New York City cop and Aniston plays his hairdresser wife. The two head to Europe for a much-needed getaway but find themselves trying to solve a murder mystery that took place aboard a rich man’s yacht. Plenty of hilarity ensues as they try to crack the case.

Fans can watch the film on Netflix starting June 14.

Aniston’s drop-dead gorgeous look should come as no surprise. After all, the Emmy winner has turned heads on countless red carpets before.