Vice President Kamala Harris’ niece, Meena Harris, followed the monochromatic color scheme seen by many in the Biden and Harris families on Inauguration Day, but hers was an all-green look.

Harris, an author and the founder of clothing label Phenomenal Woman, paired a shearling Coach coat with an Ulla Johnson blouse and skirt from the designer’s fall 2020 collection for the inauguration. She complemented the green look with a pair of sparkling knee-high boots.

While all eyes were on President Joe Biden and Vice President Harris during the inauguration, many members of each politician’s family sparked interest among spectators for their ensembles. Meena Harris’ partner, Nick Ajagu, was one unlikely figure to go viral during the inauguration. Eagle-eyed spectators were quick to point out the Facebook executive was wearing a pair of the highly coveted Dior Air Jordan sneakers, which have a five million person waitlist.

The vice president’s stepdaughter, Ella Emhoff, made an impression on spectators for her inauguration look, which included an embellished Miu Miu coat and prairie-inspired Batsheva dress. Meena Harris posted a photo with Emhoff on her Instagram Stories prior to the inauguration to show the similarity between her Ulla Johnson look and Emhoff’s dress. 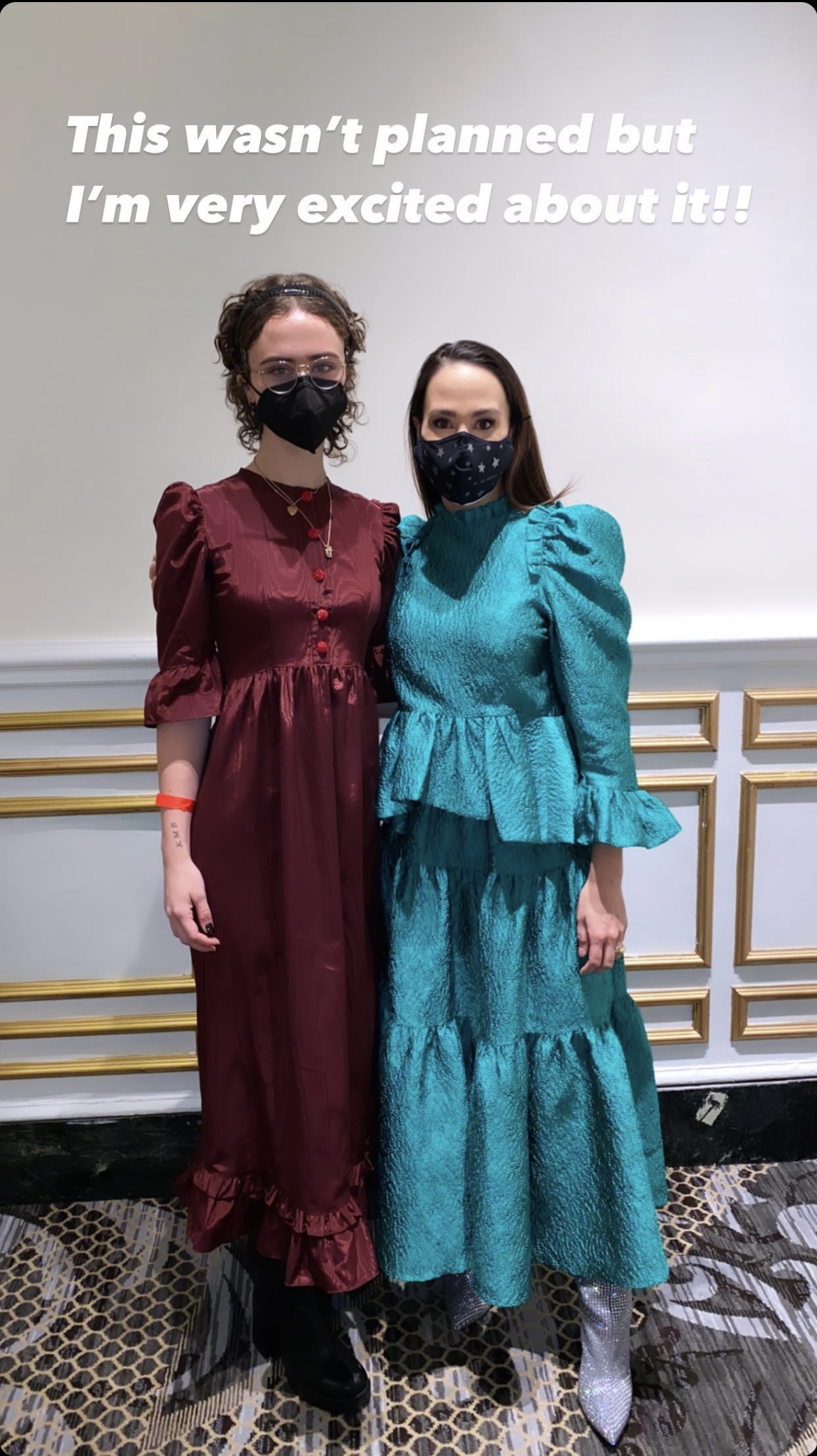 What Will Jill Biden’s Style Look Like as First Lady?