A MUM has issued a heartbreaking warning after her toddler nearly lost his eyesight from playing with dirty bath toys.

Writing on her Facebook page, Eden Strong explained how she was already aware of how easy it is for mould to build up in bath toys and would always squeeze the water out after every bath. 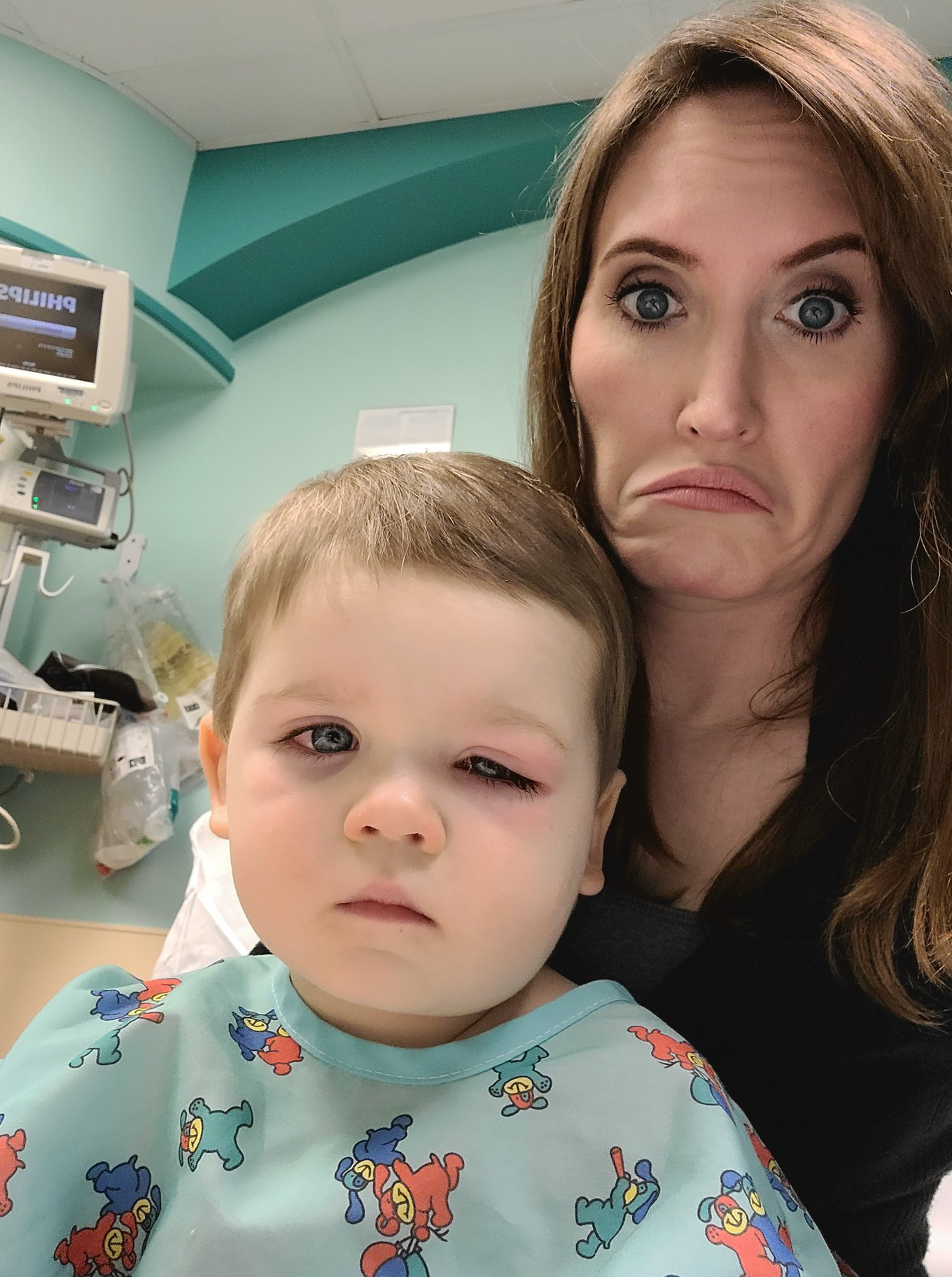 The American mum-of-three wrote: "I’ve seen the posts where mom’s have cut them open and discovered a ridiculous amount of mould inside. I knew.

"So I squeezed them out after each bath, cleaned them out every few weeks with a bleach water solution, and regularly held them up to the light to look for mould."

But despite her treating them with bleach, Eden didn't know that bacteria could still grow inside the toys as they're rarely ever dry.

Earlier this year, Eden's nanny told her that her toddler Baylor had squired himself in the eye with one of the bath toys. 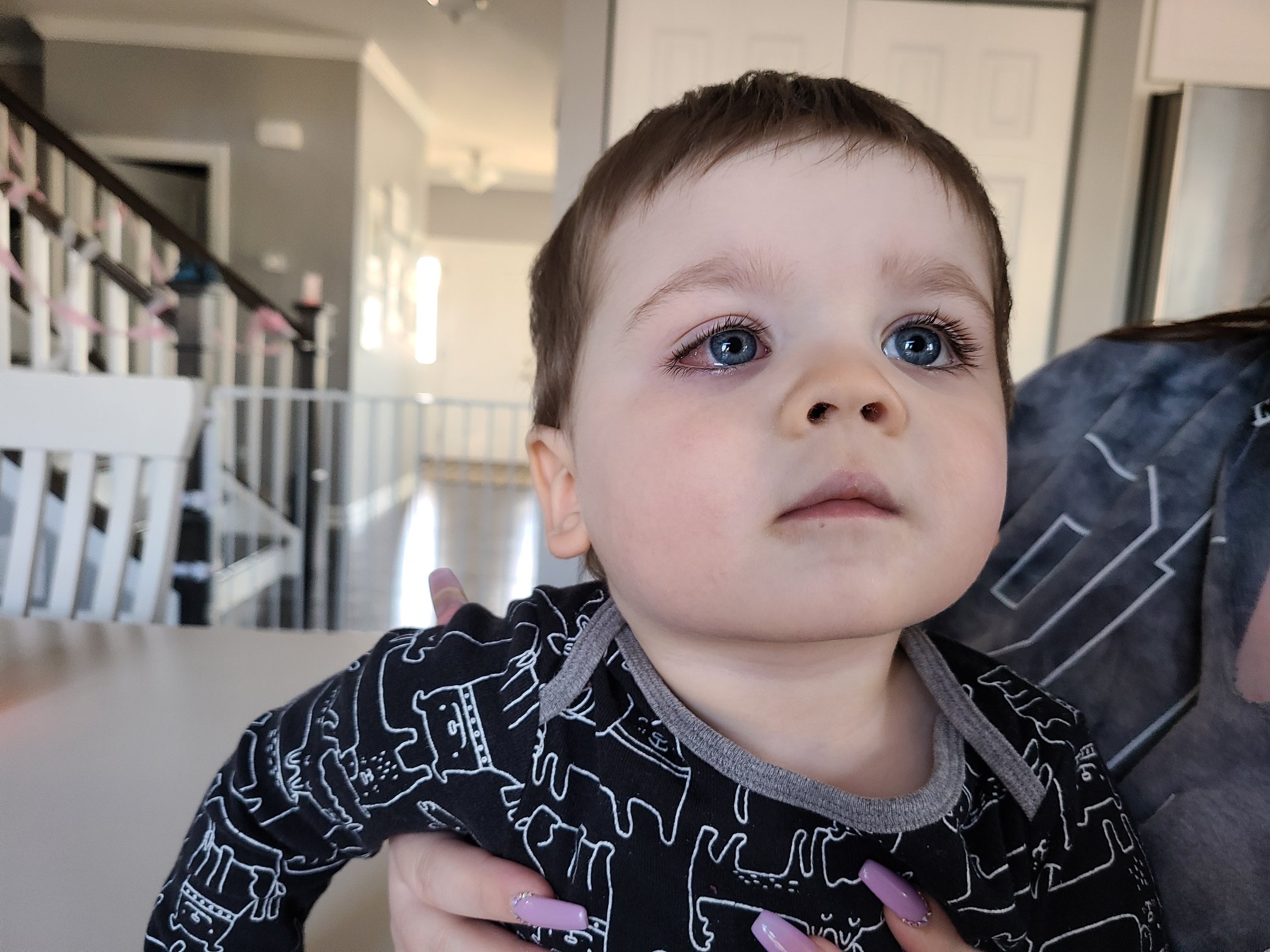 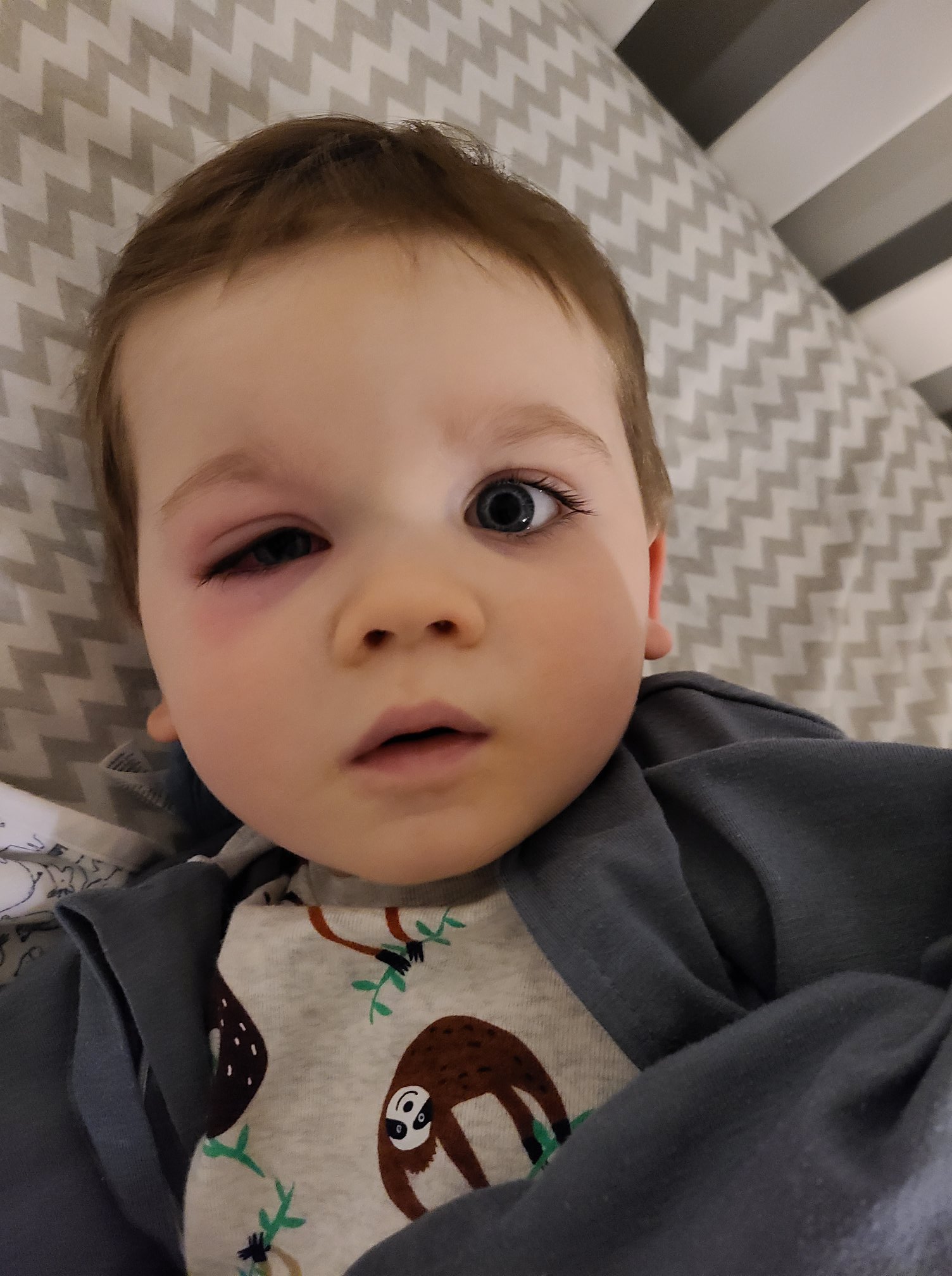 At first, the mum didn't panic because his eye was only slightly red and she couldn't see any mould in the toys.

She continued: "I figured it was just irritated from the water, or maybe the pressure of the water, and so I didn’t think much of it."

By that evening, Baylor's eye was noticeably even more red and so Eden's husband rushed him to hospital as they feared he'd developed pink eye.

"The doctor agreed and I patted myself on the back a bit for being so attentive," Eden wrote. "He got his first dose of eye drops and because I was already priding myself on being attentive, I decided to give him a booster dose in the middle of the night just to assure he would be feeling better by morning." 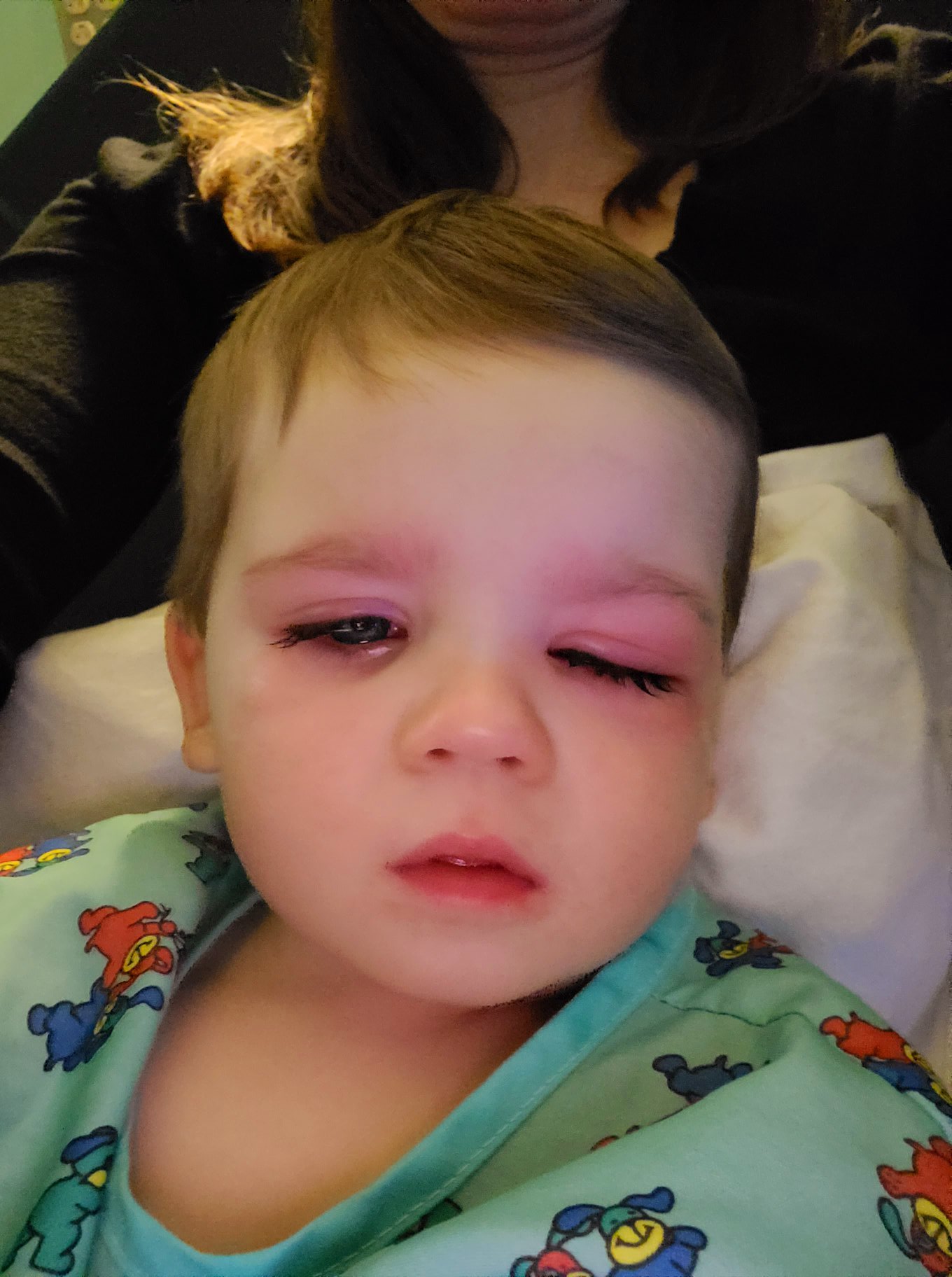 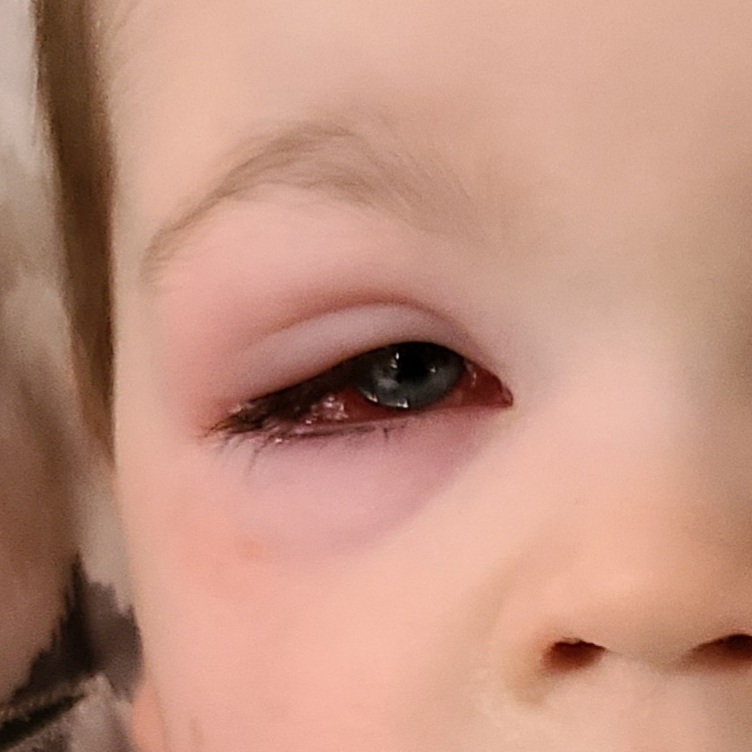 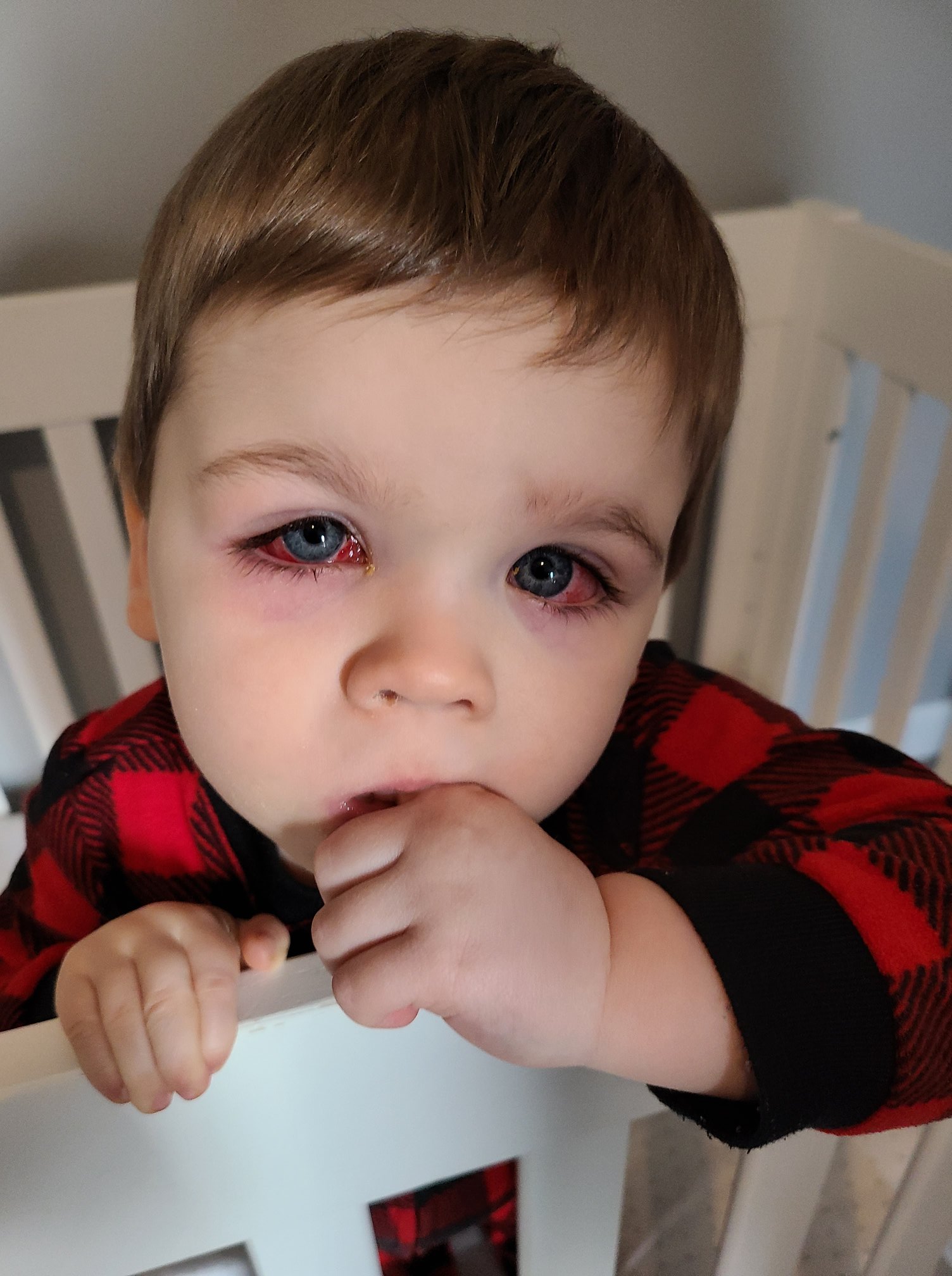 But during the night, Baylor's eye got much much worse – and Eden is grateful she checked on him.

The mum recalled: "I wasn’t expecting to find him in his crib with an eye twice the size as it was when he went to bed, with redness spreading down his cheek.

"As a bit of an internet medical guru, I immediately wondered if he might be developing cellulitis, and so off to the ER we went.

"There, another doctor once again agreed with my diagnosis and wrote him a prescription for oral antibiotics, which we filled and gave him at 2:30am."

How often should you clean bath toys?

Bath toys are a breeding ground for mould, bacteria and worse – and the squeezy ones are the worst offenders.

Water sucked into the toys harbours all sorts of nasties and if it's left inside, it will become a smelly, gungy mess.

A study by ABC examined various bath toys sent in by parents and found mould and bacteria on 100 per cent of them – and many also had traces of faecal matter.

Given how often young children put toys in their mouth, that’s a gross thought.

Experts recommend that you clean your children's bath toys at least once a week.

How to clean bath toys:

A net bag hung above the bath is a good investment as it keeps the toys away from the water when not in use.

Squeeze all the water you can out of them before putting them in the net.

To clean, wash them in hot soapy water first to get rid of dirt on the outside.

Then put three cups of vinegar into a bucket of clean water, squeezing the rubber toys to make sure the vinegar water goes inside.

Leave them overnight, then shake them well, empty and rinse in clean water.

Many children’s toys can also be washed in the dishwasher – but you’ll need to check the packaging first.

But at 6am, Baylor's eye had swollen that he couldn't even close it – and the terrified parents raced him back to hospital.

Fearing her son was going to lose his eye, Eden wrote: "His eye was so swollen that the white part was bulging out from between his eyelid and his iris was being obscured.

"He felt hot to the touch and a temperature check showed that he had a raging fever."

When they arrived back at A&E, Baylor was immediately given antibiotics and had to have a CT scan to check his retina wasn't damaged.

Eden continued: "The next week was pretty scary. He had severe cellulitis that eventually spread down his face and to both eyes.

"They warned me that he may lose vision in the worse eye, but in the end, thank the Lord his eyes healed." 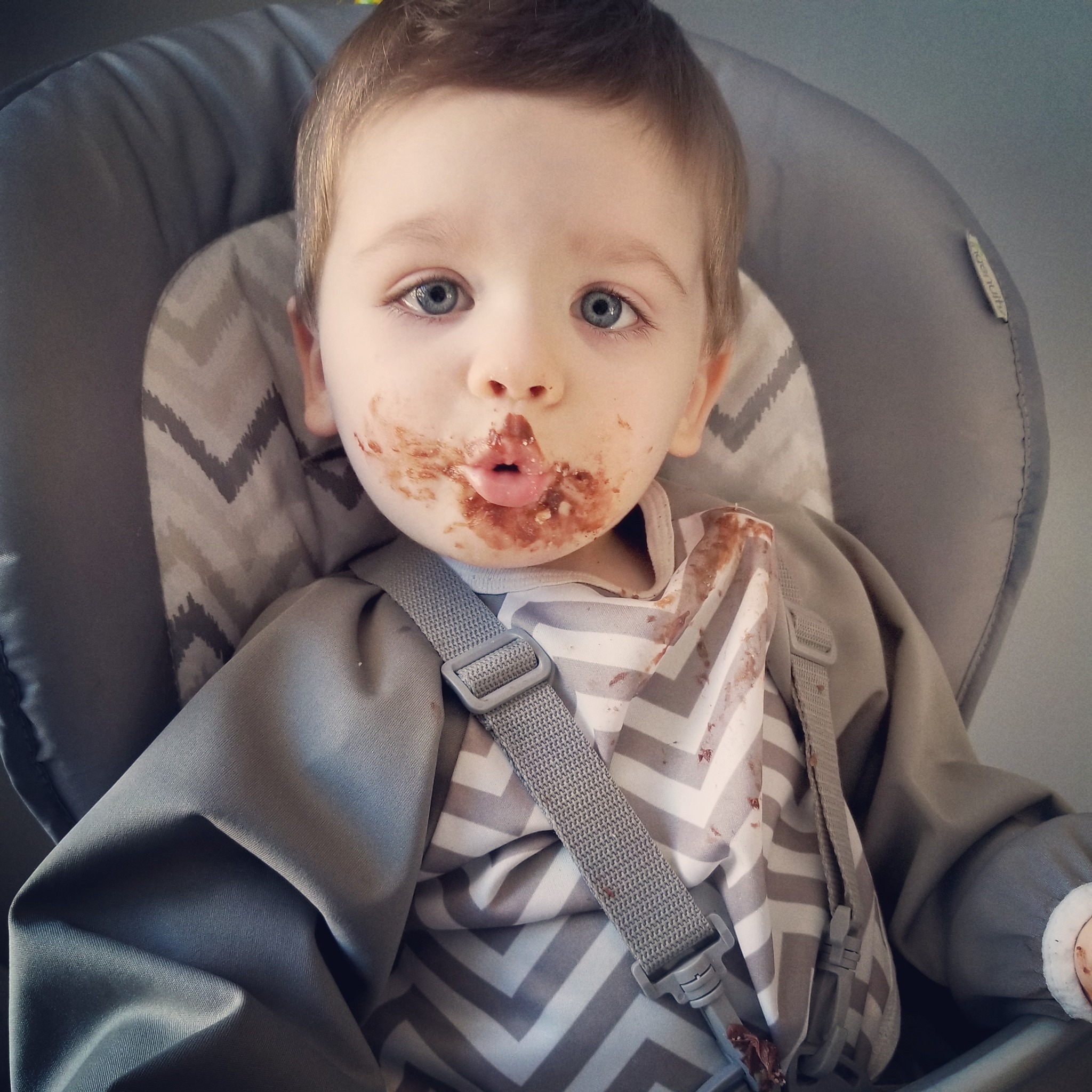 According to the NHS website, Cellulitis is usually caused by a bacterial infection and is a painful condition which mostly affects the hands, legs and feet.

Urging other parents not to make the same mistake, Eden added: "But tub toys? THROW THEM OUT. You cannot clean them, you just can’t.

"I don’t have any mouldy tub toy pictures to show here, because there was never any visible mould to take a picture of.

"You can't see bacteria and I've known that since 6th grade science class but I thought I was better than dirty tub toys. I was wrong.

One replied: "That’s terrifying! I don’t think I have any tub toys and my kids haven’t played in the bath for a while but I’ll check and they’re going on the garbage."

Another added: "Oh that poor little face! I'm so happy to hear his eyes healed completely! Thank you for sharing! I'm sure there are parents out there that didn't know this!!!"

Meanwhile, others recommended using a hot glue gun to cover the hole in bath toys to stop them ever getting water on the inside.

For more real life stories, this woman who survived being kidnapped by a serial killer revealed her horrifying ordeal on TikTok & shared her safety tips.

And these two best friends both got pregnant at the same time using sperm donors and are raising their girls together.

Plus NHS workers revealed the impact of coronavirus frontline on their mental health.

END_OF_DOCUMENT_TOKEN_TO_BE_REPLACED

END_OF_DOCUMENT_TOKEN_TO_BE_REPLACED
Recent Posts
We and our partners use cookies on this site to improve our service, perform analytics, personalize advertising, measure advertising performance, and remember website preferences.Ok