TALK ABOUT embarrassing – a woman revealed the message her date sent her by accident after dropping her off after their movie night.

She quickly broke up with him but he insisted on getting a second chance. 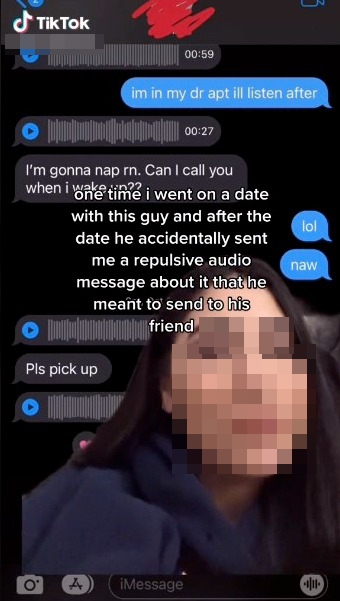 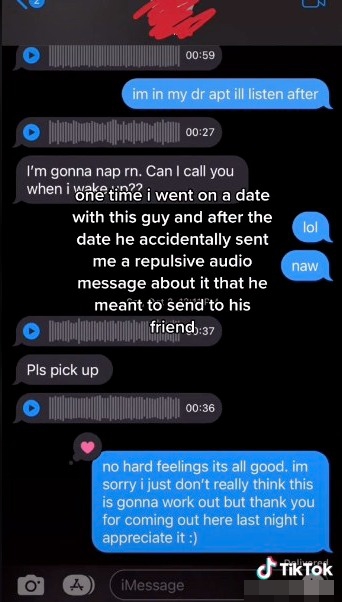 Taking to TikTok, a woman showed the alleged text exchange between her and her date.

She claimed: "One time I went on a date with this guy and after the date, he accidentally sent me a repulsive audio message about it that he meant to send to his friends."

In the audio, he said: "I dropped this girl off after this wack a** date – not going to lie, it was f**king wack.

"I think she had fun, bro. But it was f**king wack for me. I dropped this girl off and I'm parked in front of her apartment."

Immediately after, he sent her another voice note where he claimed: "So I'm an idiot, I meant to send that to my friend to no surprise.

"I just want you to know that I had a great time with you and when I said it was wack, I meant the movie. I thought the movie sucked.

After he tried to call her multiple times, she kept shutting him down which caused him to keep on sending her voice notes.

In his new notes, he continued to repeat him by saying he liked her, he had fun with her, and that he would love to see her again.

But she wasn't biting.

Because he wouldn't leave her alone, she responded with: "No hard feelings, it's all good.

"Sorry I just really don't think this is going to work. But thank you for coming out here, I appreciate it."

He then responded once more, writing: "I completely understand. If you ever want to give it a second shot, I'll be here. I think you're a cool girl and I dig you.

"I promise I was completely referring to the activity. Just don't be a stranger. If you ever want someone to talk to, I'm here." 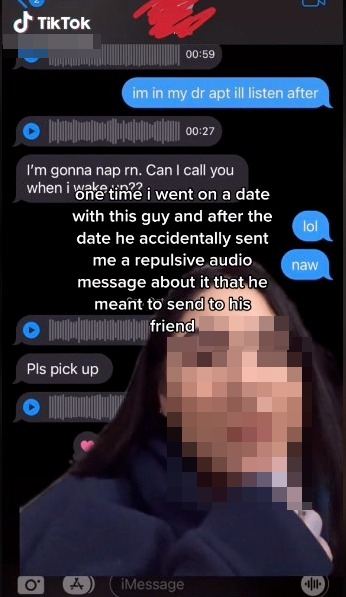