A MUM has revealed how her daughter was set on fire by her evil ex – but testified at his trial from beyond the grave.

Judy Malinowski, then 31, was doused in petrol and set alight by her crazed ex-boyfriend and bravely fought for her life for 700 days. 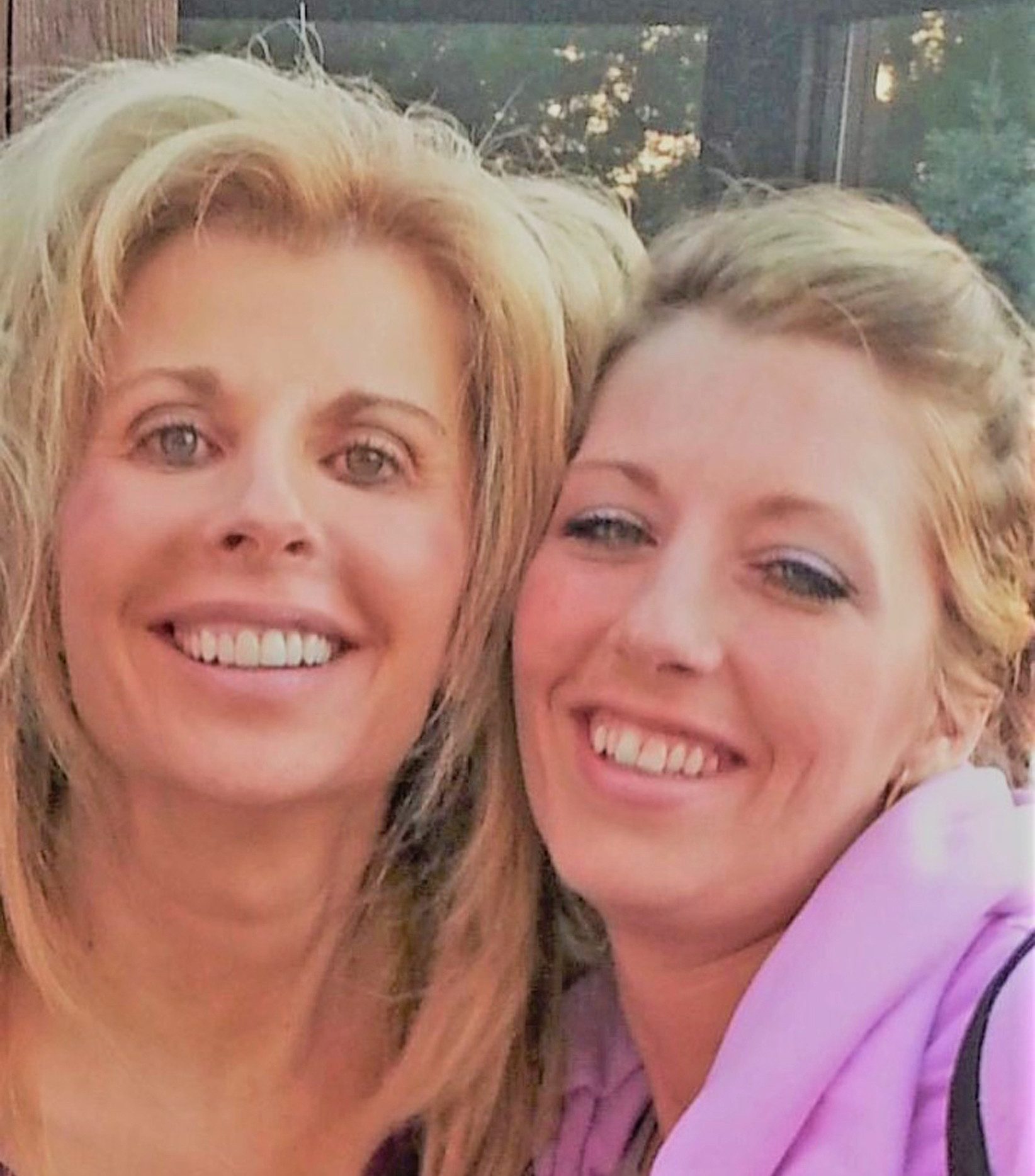 Her mum Bonnie Bowes, 56, of Colombus, Ohio, USA, watched her daughter suffer for almost two years after being attacked by Michael Slager, 43, in August 2015.

Judy suffered with third degree burns across 70 per cent of her body, but managed to survive long enough to give a video statement, declaring that Slager was the one responsible.

The footage was used in evidence against Slager in July 2018, in a groundbreaking move, and he was jailed for life without parole after pleading guilty to murder.

Bonnie, a project manager, told Fabulous Digital: “Nothing could have prepared me for what I saw when I got to Ohio State Hospital. 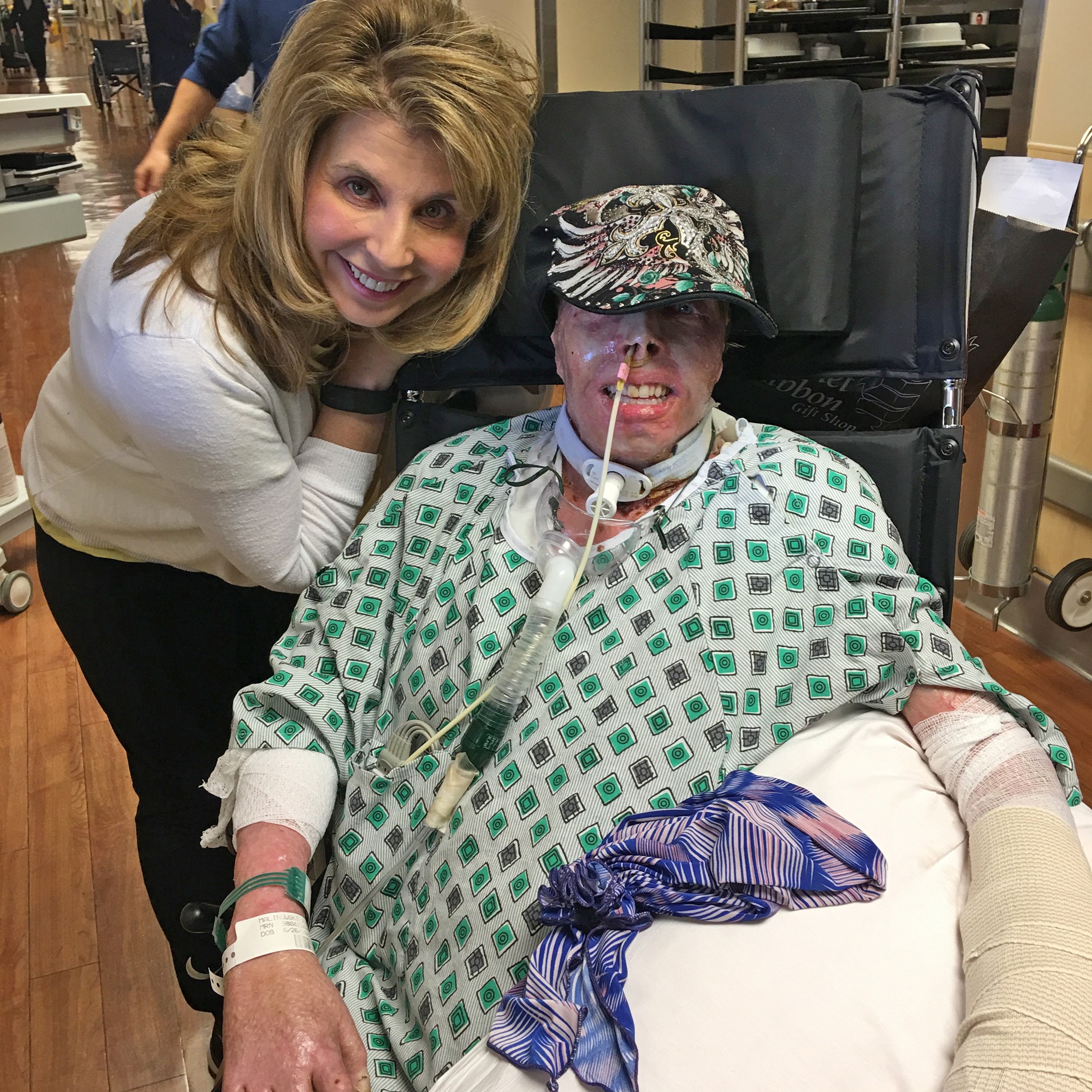 “My beautiful daughter was unrecognisable and in an induced coma.

“Her thick, blonde hair was gone and she’d lost her eyelashes and eyebrows too.

“A doctor revealed that she had third and fourth degree burns over 70 per cent of her body.

“They expected her to die within hours. I was devastated.”

Doctors expected her to die within hours. I was devastated

The next morning, police revealed Slager had followed Judy, a mum-of-two and customer service worker, to a petrol station where they argued.

Judy threw a drink over him and he hit her, before pouring gasoline over her.

Then he set her on fire with a cigarette lighter before callously walking away.

Judy Malinowski died in June 2017, aged 33, two years after she was left with catastrophic burns by ex-partner Michael Slager.

Slager was convicted of aggravated arson and felony assault in December 2016, but prosecutors began preparing a murder case against him after doctors said the mum-of-two would not survive her injuries.

As part of their work, they recorded Judy's sworn testimony from her hospital bed in January 2017, compiling almost two hours of footage

They secured the right to play the video in court.

Ruling the testimony should be heard, Judge Guy Reece said it was the first case he was aware of where a victim had given evidence at their accused killer’s trial.

“The state wanted to preserve her testimony due to her fragile medical condition,” he said.

“She was critically ill and was the only witness who could testify about the events that transpired on the day of her injury.”

Slager was charged with aggravated murder and sentenced to life in prison without the possibility of parole, thanks to the video. 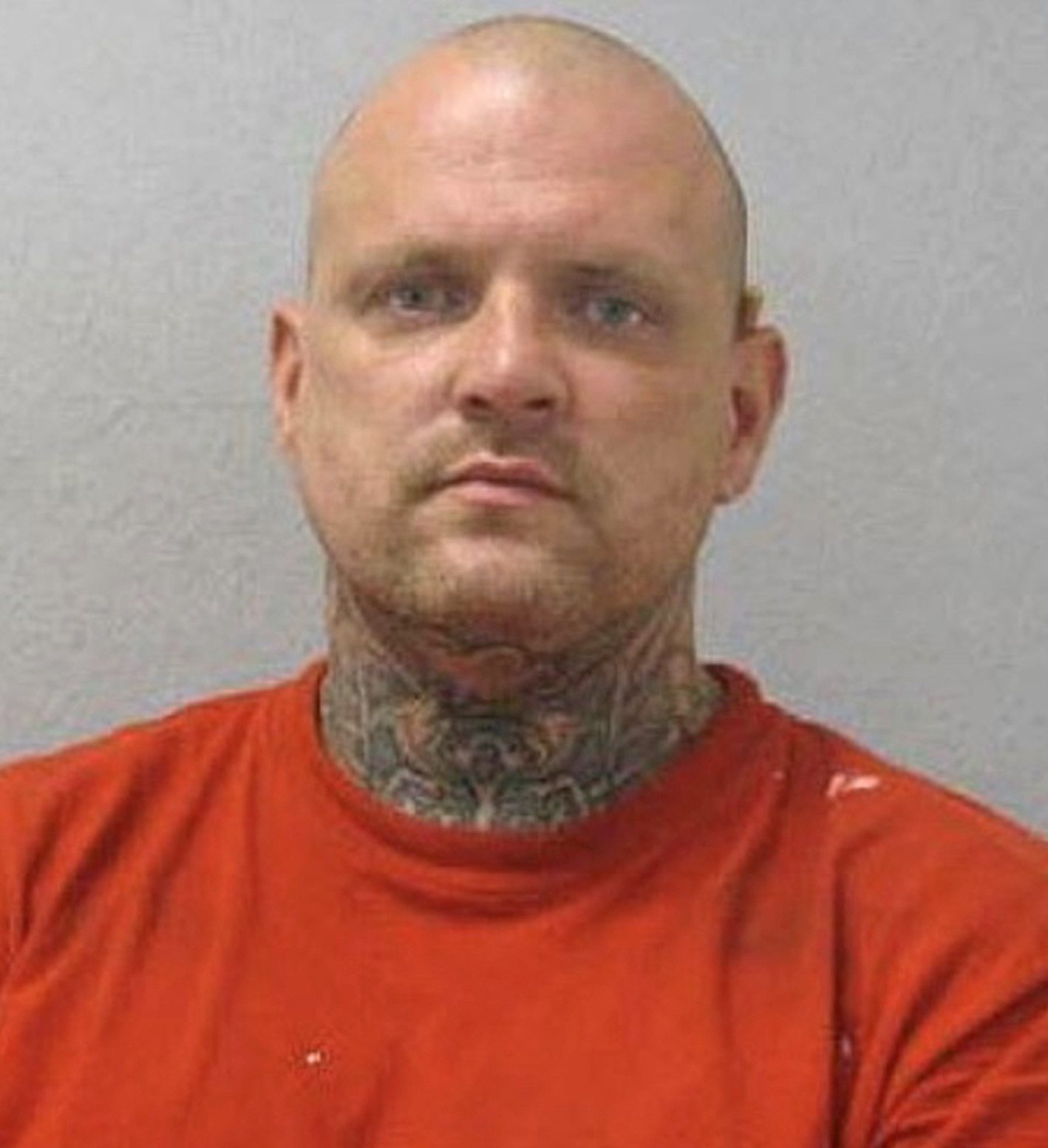 Bonnie said: “I couldn’t get my head around what had happened.

“I told Judy’s daughters that their mum had been hurt by a very bad man and that I’d look after them.

“Judy was forced to undergo 60 surgeries including skin grafts.

“Seven months after her attack, she woke up from the coma. 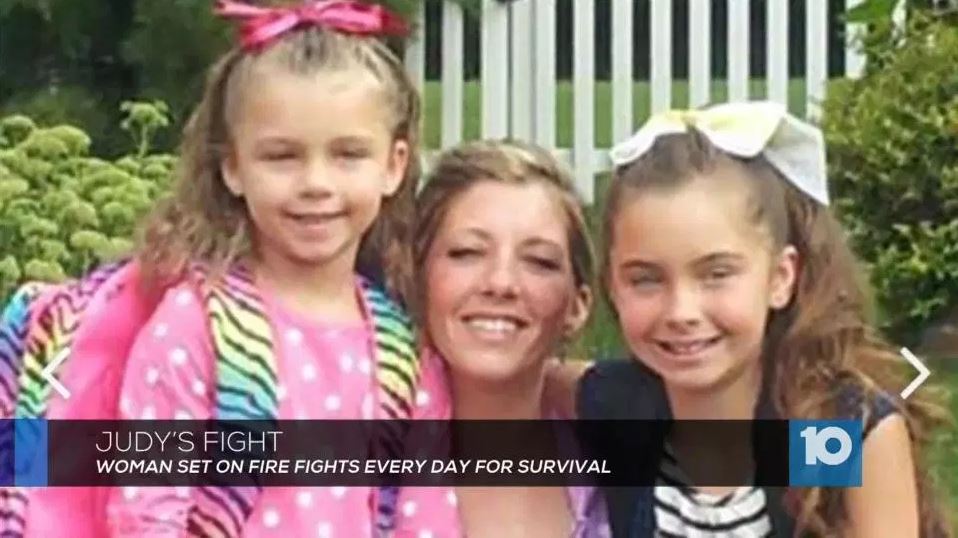 “She was unable to walk and could barely speak above a whisper.

“She lost her ears, fingers and most of her eyesight.

“When she saw herself in a mirror two months later, she vowed that she would help other women.

“Judy even recorded a statement from her hospital bed giving evidence against Mike as she knew she would die from her injuries.”

In April 2006, Judy went through a second battle with ovarian cancer – having already beaten the disease 15 months earlier.

She underwent a full hysterectomy but became hooked on her pain medication.

With the help of a private rehab centre, she overcame her addiction and later went into remission.

Bonnie said: “We’d always been close and spoke every day. I was so glad she’d recovered from her addiction and was getting her life back together.

“Nine years later, in May 2015, she told me she’d been dating a man named Mike. I was pleased that she was happy but I had a bad feeling about him.” 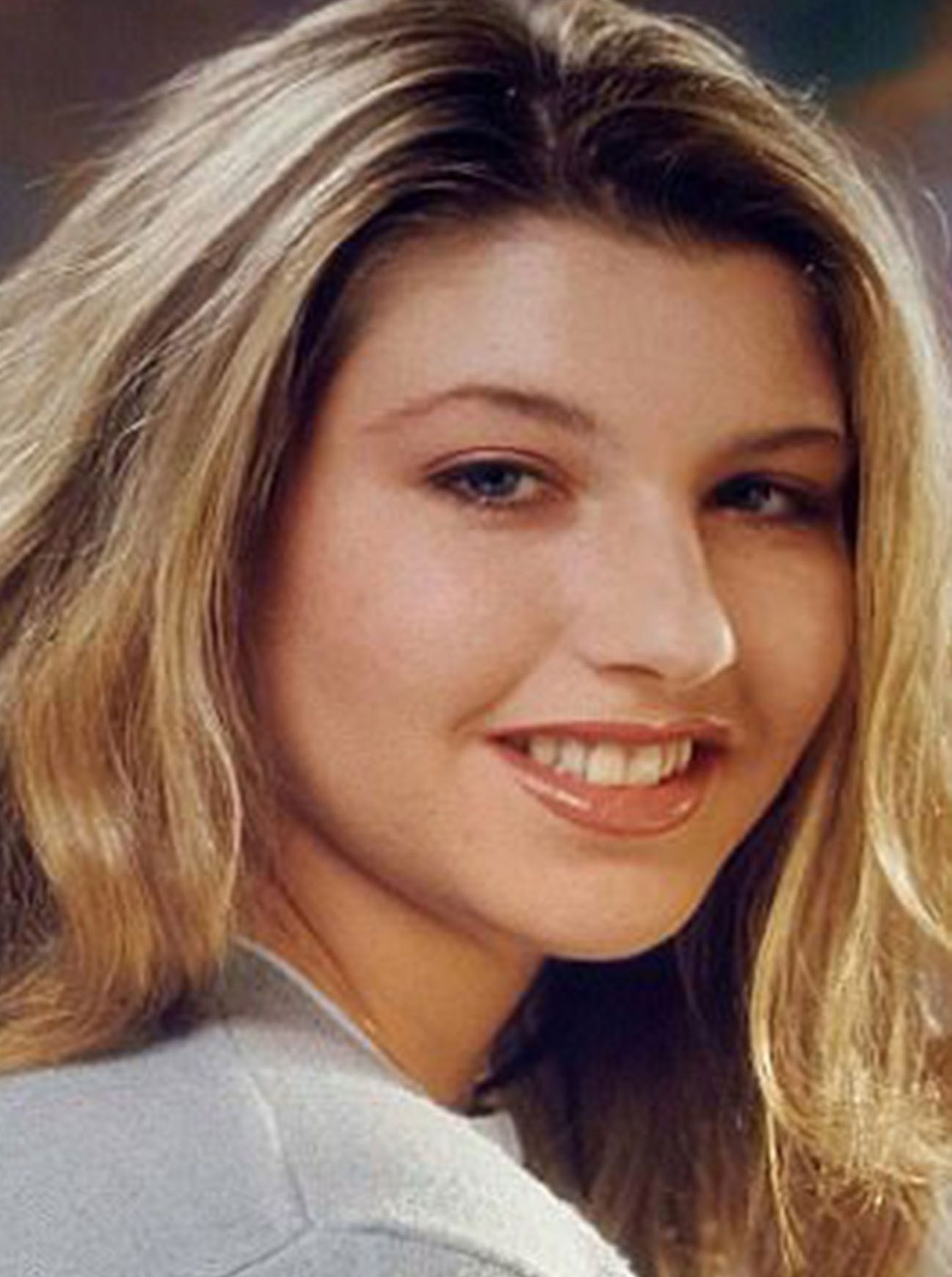 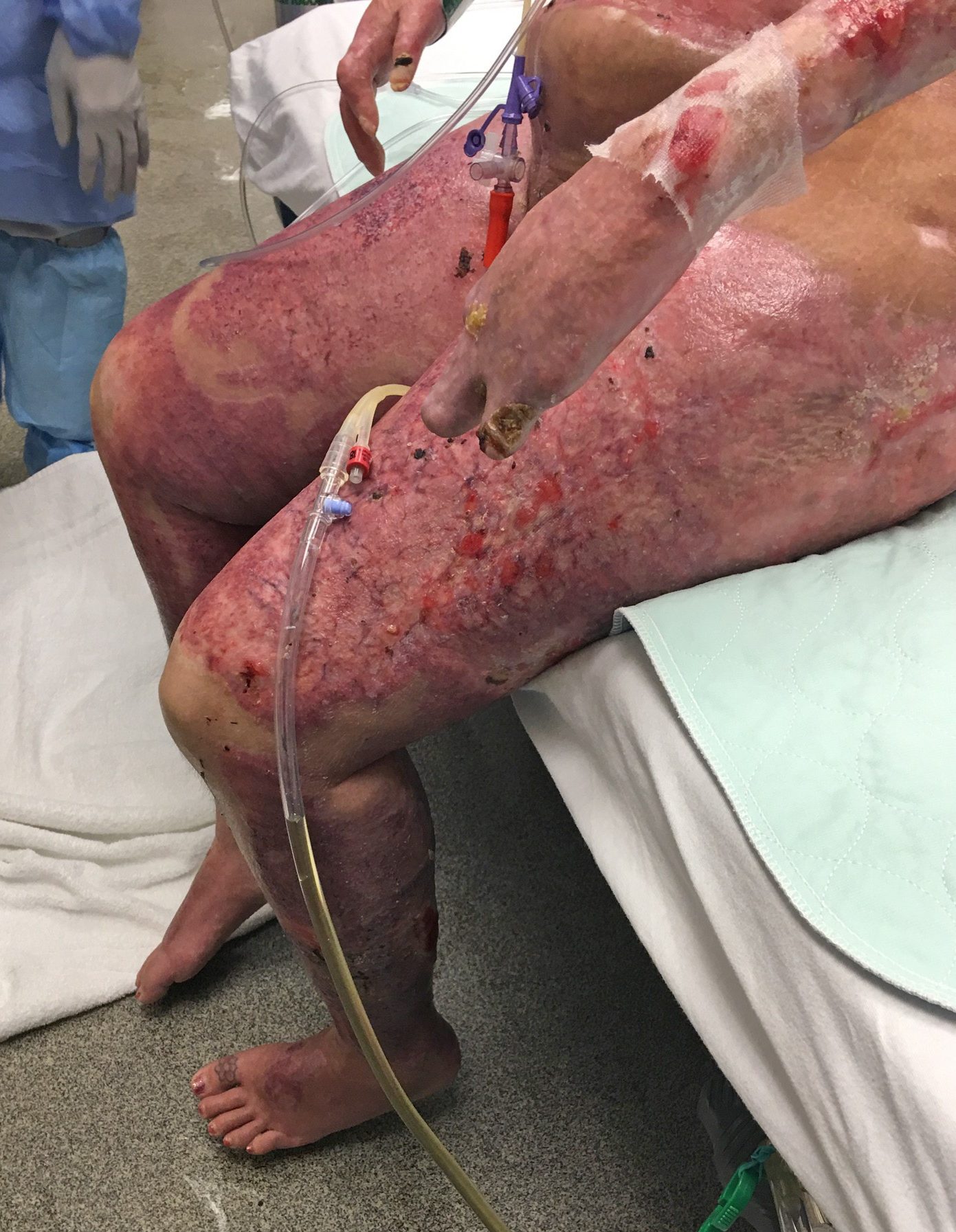 As time passed, Judy confided in her mum that Mike was controlling – and had even put a tracking device on her phone.

Bonnie said: “Police said they couldn’t do anything as there was no evidence. Judy tried to end the relationship but Mike wouldn’t let her go.”

She said: “I rushed to her house where I met Mike for the first time. He seemed really arrogant.

“I told him to leave or I’d call the police. But he sauntered around like he owned the place. 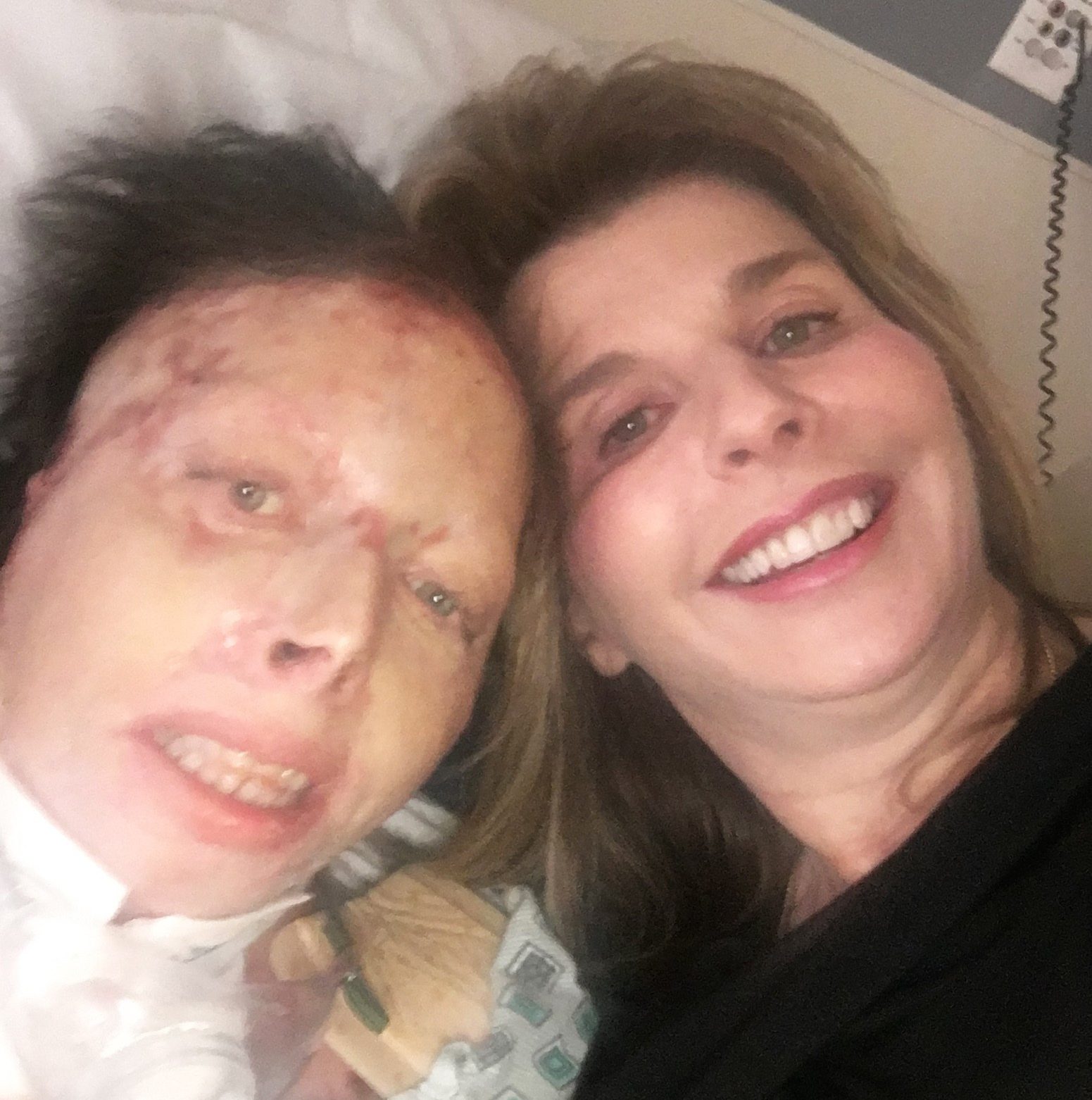 “Judy told me that Mike had been giving her painkillers even though he knew about her previous troubles.

“She decided to return to rehab a week later. She didn’t want Mike to control her anymore.”

Tragically, just a day after Judy left for rehab, she was attacked by Slager at the petrol station.

I always had a bad feeling about Mike

A year after the vicious attack, Slager was convicted of aggravated arson and felonious assault, and jailed for 11 years.

Bonnie says: “Then 700 days after she was attacked, Judy died.”

After her death, state prosecutors charged Slager with aggravated murder and he pleaded guilty to avoid the death penalty, which is legal in Ohio.

During the hearing, the court was shown Judy’s brave testimony filmed from her hospital bed. It was the first time that such evidence was allowed to be shown in court.

He was sentenced to life in prison without the possibility of parole.

Bonnie said: “I’ve dedicated my life to raising her two girls and they make me proud everyday.

Where can I get help support for my burns injuries?

If you are affected by any of the issues raised in this article, you are not alone.

There is a range of help available to you, from support groups to physical rehab, cosmetic procedures, charities and practical advice.

Visit Adult Burns Support UK or The Katie Piper Foundation for more information on the resources available to you.

“Even after going through unimaginable suffering, Judy never wanted Michael to get the death penalty.

“I just hope her story is a warning to women who are in abusive relationships.

“While it will never bring back Judy, I want to help just one woman to escape the clutches of evil.

“Remember the red flags, and get out of that relationship.

“Thanks to Judy, the laws have been toughened here in the US.

“Criminals now receive an extra six years in prison for crimes that result in the victim being permanently disfigured.”

Earlier this week, we brought you the story of a burns survivor nicknamed ‘burnt chicken’ by vile bullies after she was scalded in a hot bath – who's bravely baring her scars.