The Italian fashion company aims to open 10 stores in China dedicated to accessories, with a special focus on its signature Love Bag line, defined by a circular, round logo enriched with two tiny birds. The first unit will open in July at Beijing’s LIVAT Centre shopping mall.

“In China, we discovered something very peculiar: Those buying our ready-to-wear collections don’t purchase our accessories and vice versa,” said Pinko president and chief executive officer Pietro Negra. “So we decided to leverage on this dichotomy creating some stores there that are fully focused on our Love Bag line, whose logo in China is as popular as the Pinko one.”

According to Negra, the Chinese consumers of Pinko‘s accessories are younger than those buying the brand’s ready-to-wear. “Eighty-five percent of the accessories purchased in China are made by shoppers aged 18 to 30,” he said.

China, where Pinko already operates 90 monobrand shops, currently accounts for 20 percent of the company’s total business. “With the opening of the accessories stores, we expect to double our revenues in the market,” Negra said, adding that the company’s sales in China in May increased 59 percent compared to the same period in 2019.

Negra is using 2019 as a basis for comparison because of the anomaly of 2020, when due to the pandemic a large number of the company’s stores were closed for several months.

Stores Reopen for Shoppers in LA and NYC

For 2021, the Italian entrepreneur expects double-digit growth, with sales of 240 million euros compared to 2019, when Pinko posted revenues of 222 million euros. In 2020, the brand’s turnover decreased by around 25 percent, compared to the previous year.

“During the pandemic we kept doing big, rich collections and we didn’t cut marketing investments. I took many risks but it seems that this strategy is paying off,” said Negra. 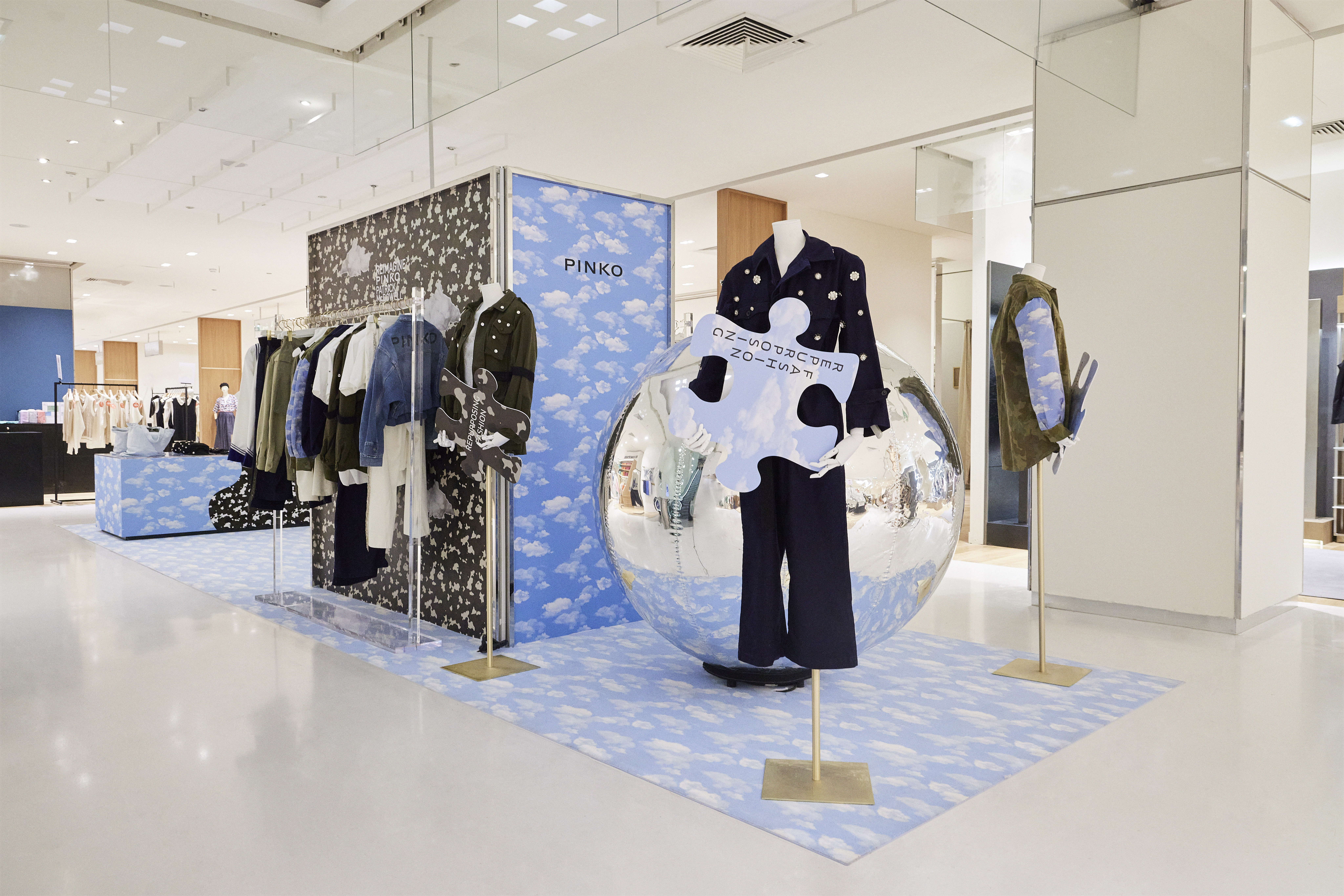 However, the entrepreneur is staying humble and is also reorganizing the company’s retail network in Europe. “We are relocating some of our stores to get a better balance between how we pay for the rents and the actual income of the boutiques,” said Negra, highlighting that while the pandemic drastically reduced the affluence in some districts, rents didn’t decrease at all. “In some cases, we found better deals, in other cases we just took over smaller stores that better fit our current needs and our omnichannel strategy.”

Among the relocations, Pinko is switching spaces on London’s Brompton Road and at the Gum department store in Moscow.

At the same time, the company is opening new units, such as a pop-up shop at Galeries Lafayette in Paris, a store at Milan’s Linate airport, and a boutique at Nice’s Cap3000 shopping mall.

Recently, Pinko, which operates over 250 stores globally, changed its address in New York. After closing its former boutiques on Madison Avenue and West Broadway, it has opened a new 4,951-square-foot flagship on Spring Street. “It’s performing very well and we are reaching the budgets,” said Negra. “I’m sure that positive results are coming not only because of the prestigious, high-profile location, but also because we changed our staff there… we have learnt a lot in the past four years.”

While Italy still accounts for 38 percent of the brand’s business — in May domestic revenues increased almost 11 percent — Pinko is growing across different markets, especially in China, Russia, Eastern Europe and Greece.

“We are suffering more in the most traditional European markets, such as the U.K., Spain and France, which are lamenting the absence of international visitors,” Negra added.