Home » Fashion » Racist trolls called me ‘disgusting’ due to my skin colour but lockdown has taught me to love myself, says Montana Brown

Racist trolls called me ‘disgusting’ due to my skin colour but lockdown has taught me to love myself, says Montana Brown

FACEBOOK, WhatsApp and Instagram going down for hours earlier this week sent the nation into a frenzy.

But for Love Island’s Montana Brown, the enforced respite from Instagram — her main source of income as an influencer — proved to be a welcome relief. 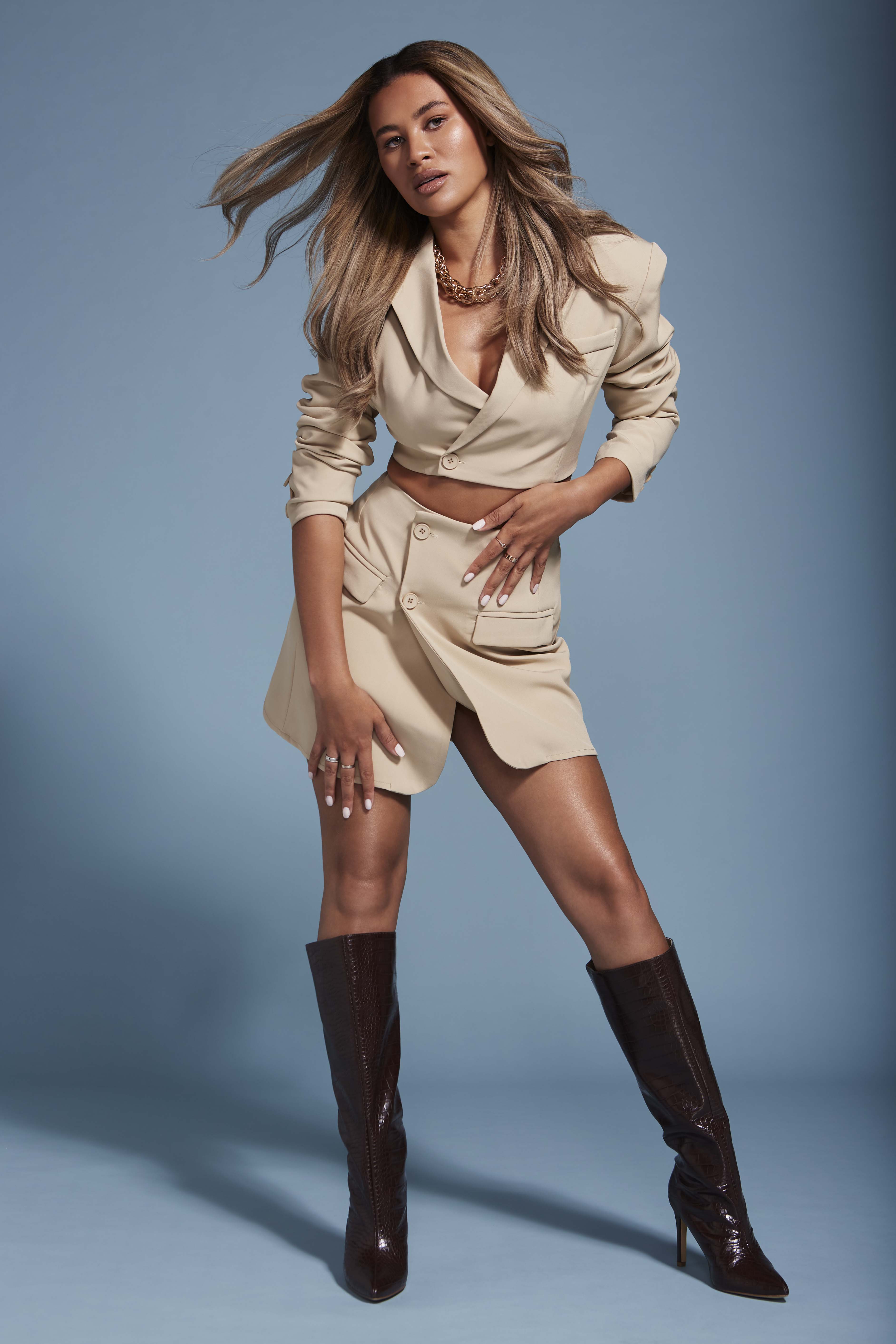 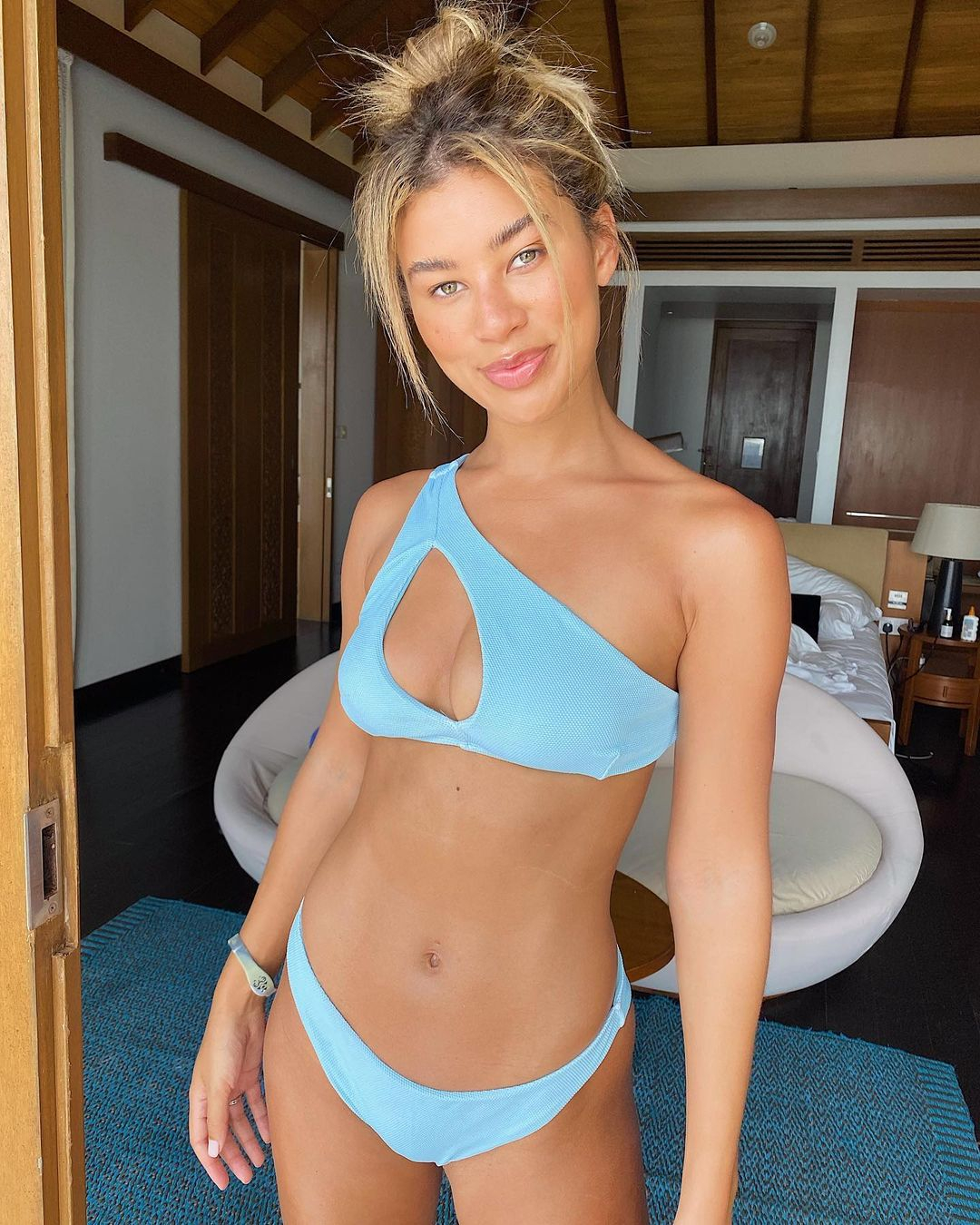 Ever since the 26-year-old finished fifth on the ITV reality show in 2017, she has received lots of abuse on the platform.

Montana, whose parents are both mixed race, has been relentlessly trolled for the colour of her skin, with users calling her vile slurs, including the N-word and “half-caste”.

Speaking during Black History Month, she says: “When I left Love Island I had racist comments online, which were horrible. Blatant racism was something I had never gone through.

“I just thought, ‘Wow, none of my friends treat me any differently but there are some people that do have a problem with my race here’. It was an eye-opener.

“The online hate has definitely been a learning curve for me. It definitely doesn’t make you feel nice. I would get the stereotypical N-word and they’d say that I am disgusting, and didn’t deserve to be on the show.”

She adds: “Because the social media blackout wasn’t planned, it set off a panic because I think people feel like they don’t know how to function without social media now, which is a bit of a shame.

“I definitely loved it, I felt great I just put my phone down. I did have a post planned, but it gave me a reason not to post — it was wonderful. I take regular breaks from social media anyway — as an influencer it is really important, otherwise it just diminishes the quality of your life because you are doing things for the joy of other people rather than for yourself.”

As well as racist attacks, Montana has also faced criticism over her size 8 frame. She says: “I’m always getting skinny-shamed, it’s so frustrating. People say I look unhealthy, and that I should eat more.

“I was on Instagram 24/7, to make sure people were speaking to me and sending me messages saying I looked good. I was struggling to eat from the stress and pressure, and I had paranoia, too.

“It was definitely a bad place for me. I was desperate for work to continue and for me to keep busy. But people are really mean, and it doesn’t help. I had poor self-esteem when I was getting really badly skinny-shamed.”

Facing relentless bullying online, Montana’s mental health took a hit just before the first lockdown last year which saw her weight plummet. She says: “I was definitely underweight as a result of my mental health. When you’re not in a good headspace, the online trolling seems way more important and it causes a ripple effect.

“I’m only human and when you are constantly getting these comments, of course it gets into your head — especially when I am constantly trying to please my followers.

When I left Love Island I had racist comments online, which were horrible. Blatant racism was something I had never gone through.

“The main issue I have now with fame, or being in the public eye, is that I never suffered with anxiety or any mental health beforehand. I was always very confident and comfortable in my own skin, and I never used to care what anyone else thought about anything really.”

But after letting the negative comments take their toll, Montana, who has 1.3million followers on Instagram, is thankful to lockdown for teaching her how to slow down. She says: “I am totally fine now. I focus on progression and if Covid hadn’t have happened I would’ve just put it on the backburner, which is what I’d normally do if I am stressed out.

“I put my phone down and didn’t have the pressure to feel like I constantly need to post things to Instagram — or constantly please everyone. We live in such an immediate culture that you feel the need to share things instantly.”

Montana, who studied economics at the University of Bournemouth, faced a fresh wave of racist abuse in May when she spoke out in support of the Black Lives Matter movement. She says: “Even when I was speaking about the BLM movement, people had something to say about it. They would either disagree or challenge me, but I didn’t give a s**t because I felt comfortable talking about it.

“I don’t let it faze me, because I’m black and I know who I am, so I am not intimidated by the comments. But it gets really frustrating when people mention ‘all lives matter’.

“I remember talking about it once in my story saying I am getting racist comments and it is really upsetting, because I don’t know what to do about the situation.

“You can report on Instagram about the comments, but they are all from fake accounts and there is no accountability there. I feel whatever you say, it is always received wrongly.”

Montana, who coupled up with Alex Beattie on Love Island, believes more needs to be done to combat online abuse. She says: “They are the biggest social media companies in the world and they are telling us that they can’t monitor people who are cyber-bullying. It’s ridiculous.

“People need to be held accountable and that is half the problem. These people who are throwing the abuse never say anything to you in person, but they will say something to you on social media because they are invincible, they are untouchable.

“Cyber-bullying ruins people’s lives. There’s a difference between that and sharing a controversial opinion and expecting a backlash. If someone is trying to do good things, then you get shot down, it makes you think it’s not even worth it.”

Montana also reckons many people get the wrong impression of her based on her social media presence.

She says: “People think I am snobby and up my own a**e just from looking at my Instagram, which is bizarre because I’m not. For someone who comes off a reality TV show it is so much harder to make yourself credible.”

People need to be held accountable and that is half the problem. These people who are throwing the abuse never say anything to you in person.

Love Island has previously been criticised for failing to feature enough people from different ethnic backgrounds, as well as those who have different body types and the LGBT community.

Montana adds: “They need to be more diverse. There is always room for more diversity.

“Yes, they have a mixture of skin colours on the screen, but it’s always predominantly white. I think there is always room for improvement, not just for body shape but for race as well.

"Things that people or the producers don’t understand is that the black and mixed race contestants might not want to jump in the pool, or get their hair wet because their hair is a completely different texture where you can’t get it wet every day because it is coarser.”

Montana, who is dating real estate executive Mark O’Connor, 28, is looking to focus on her swimwear brand before settling down and starting a family. She says: “I definitely want to have kids by the time I’m 30, or in the next two years — a truck full. But it does kind of scare me.

“I already feel like I don’t have enough time to do my hair. Half the time, I don’t really want to make myself look presentable, so I imagine that urge gets even less when you have kids. I don’t even want to know what state I am going to be in when I’m a mum.” 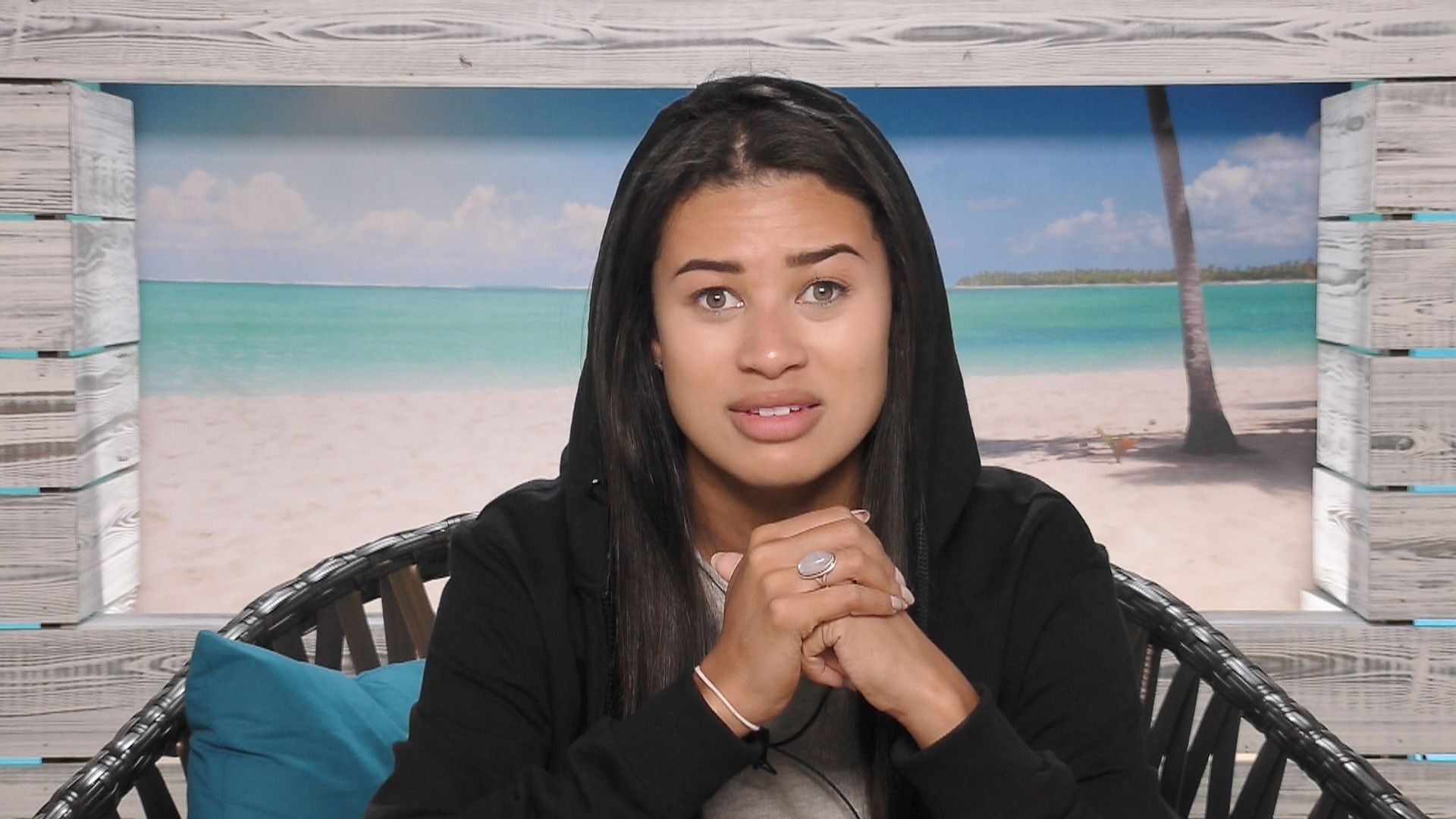 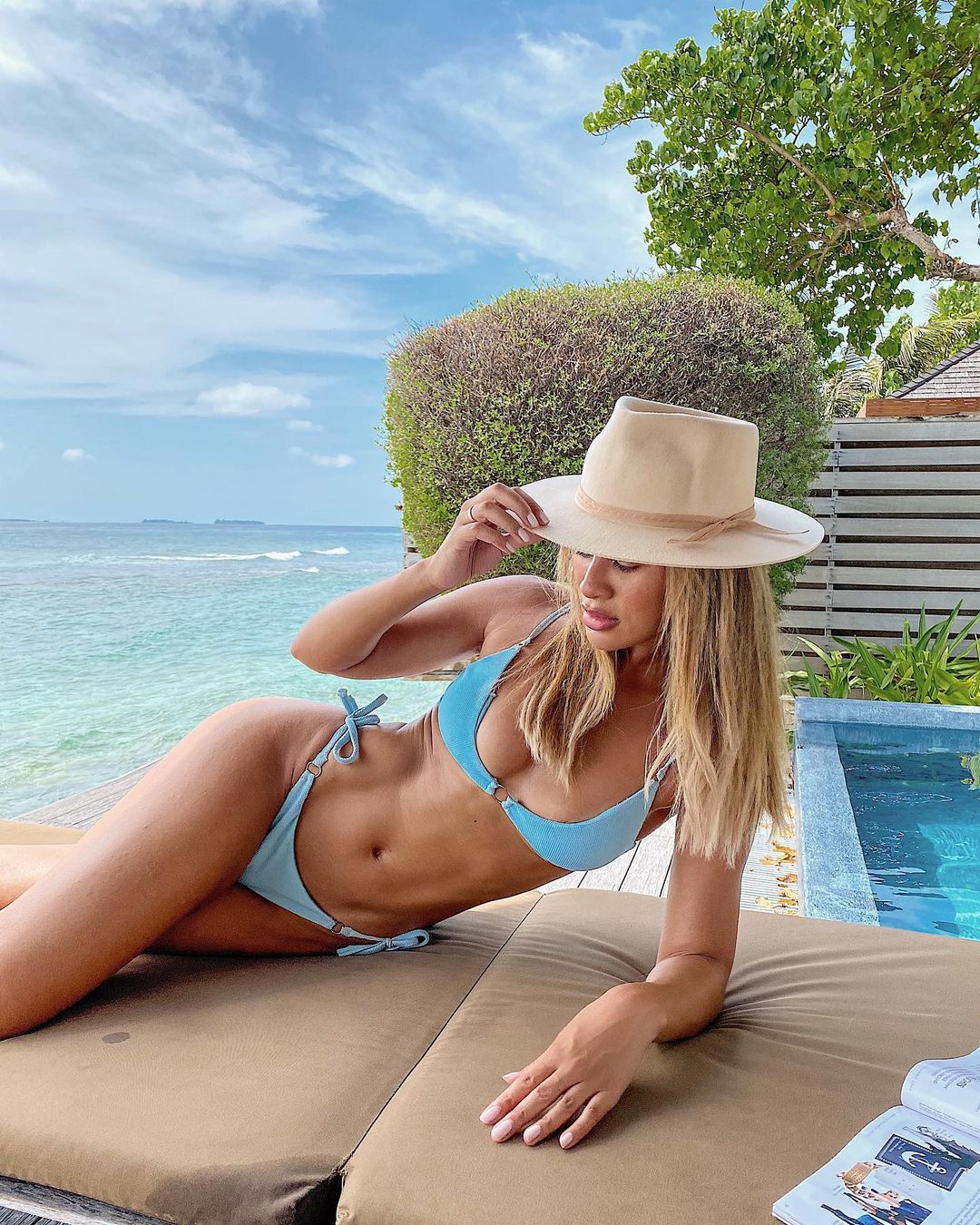 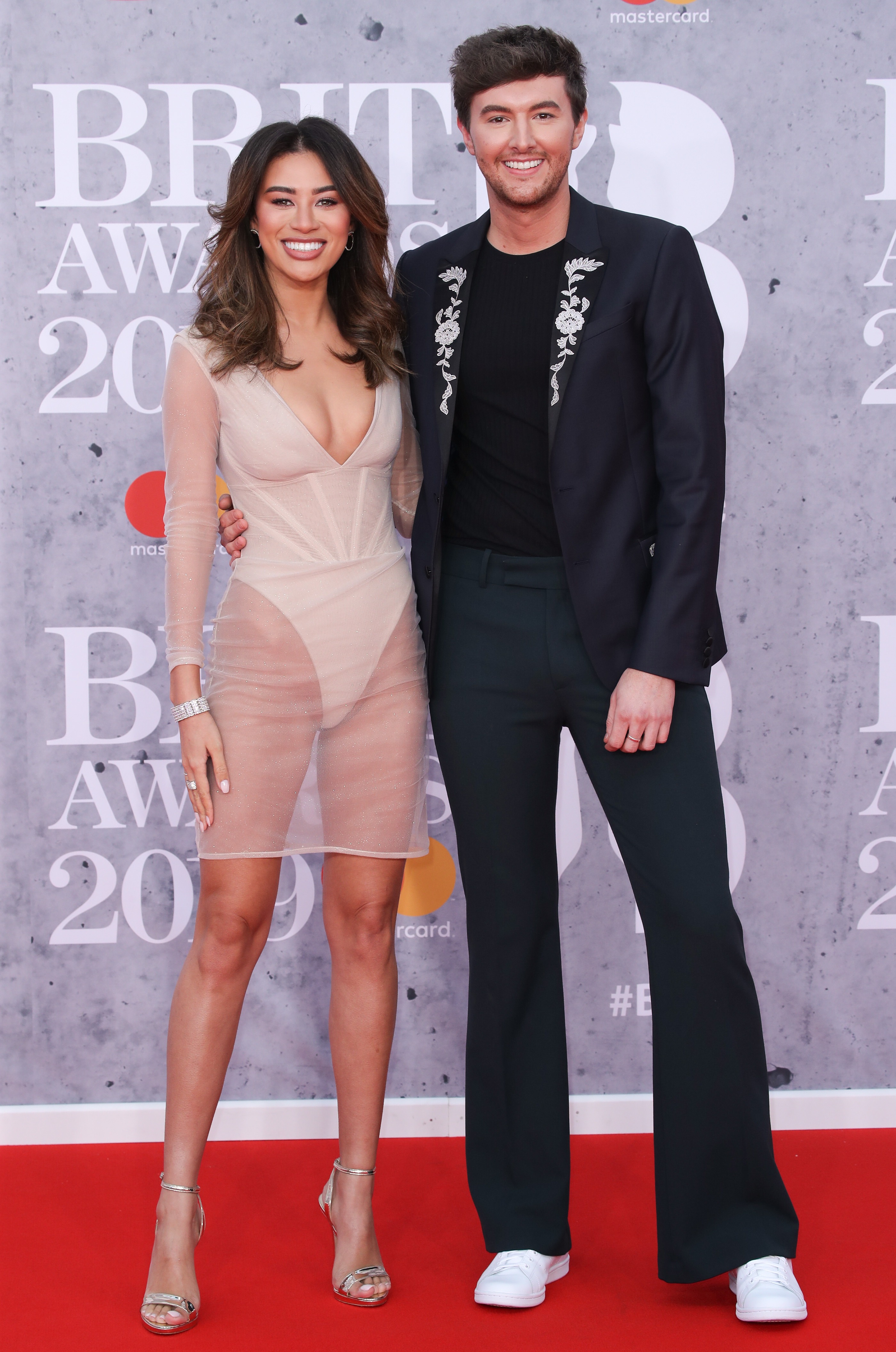