She’s arrived! Tayshia Adams looked beyond stunning in a sequined, backless dress for her debut on ‘The Bachelorette.’

Tayshia Adams will officially begin her journey toward finding love on the Nov. 10 episode of The Bachelorette. After Clare Crawley’s departure last week, Tayshia stepped out of a limo to make her big entrance as the replacement Bachelorette. She looked drop dead gorgeous in an olive green dress, which was covered in sequins and featured a halter neckline. The dress dipped low down Tayshia’s back, which showed some skin on the sides, as well. 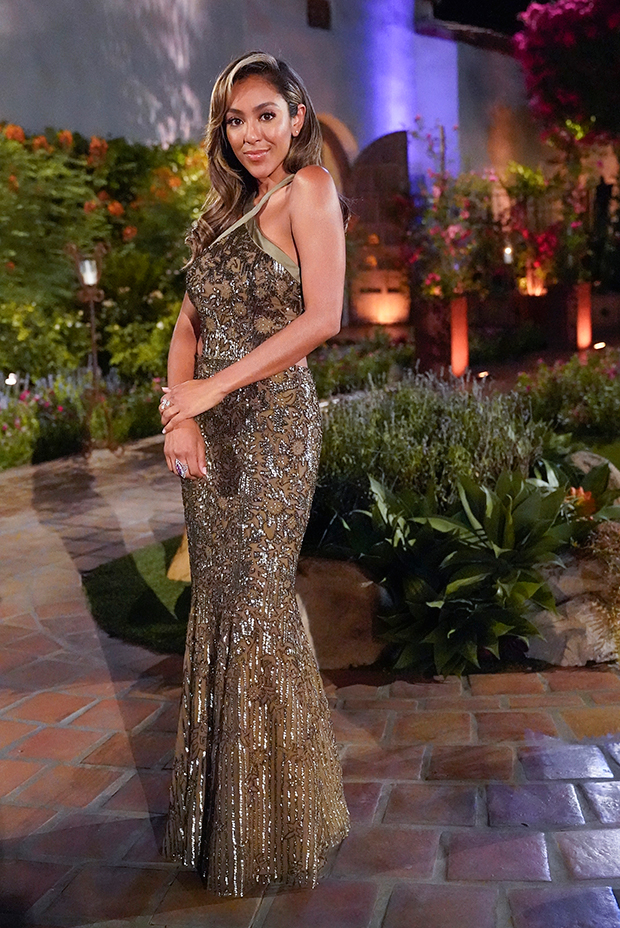 The episode ended quite abruptly after Tayshia’s arrival, so we’ll get to see plenty more of her in this sexy look on Nov. 10. Tayshia will meet the 16 men who Clare dumped (so she could get engaged to Dale Moss), along with four new men who will be joining the cast. She’ll also go on a group date, as well as a one-on-one with Brendan Morais, who she appears to connect with during her first night.

Tayshia has had quite a journey in Bachelor Nation so far. Viewers first got to know her on Colton Underwood’s season of The Bachelor in 2019. She made it all the way to the final three, but was dumped after her fantasy suite date. Colton decided that he only wanted to pursue a relationship with Cassie Randolph at that point, so he broke up with Tayshia and the other remaining finalist, Hannah Godwin. 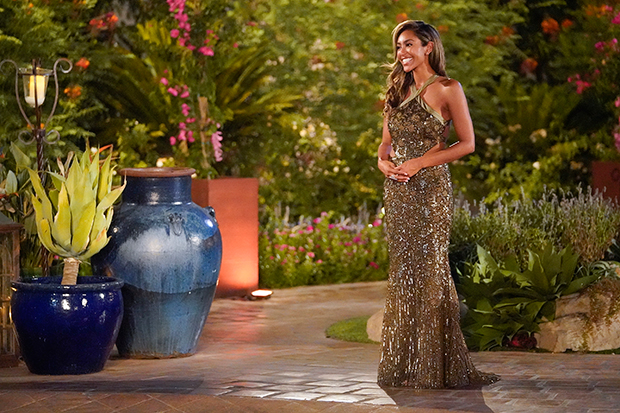 That summer, Tayshia appeared on season six of Bachelor in Paradise. She began a relationship with John Paul Jones, but ended things with him before filming was over. However, afterward, she had a change of heart and they were back together by the reunion show in Sept. 2019. Things eventually fizzled out, though, and Tayshia and JPJ split for good.

As for Clare and Dale — they’re thriving now that they can finally be public with their love! Despite getting engaged after less than two weeks of knowing each other, Clare and Dale are going strong three months after the proposal. Since their engagement aired on Nov. 5, they’ve visited each other’s hometowns and have continued to get to know one another.

END_OF_DOCUMENT_TOKEN_TO_BE_REPLACED

END_OF_DOCUMENT_TOKEN_TO_BE_REPLACED
Recent Posts
We and our partners use cookies on this site to improve our service, perform analytics, personalize advertising, measure advertising performance, and remember website preferences.Ok