The 12 early signs of pregnancy – from feeling tired to headaches

A HEADACHE one day and bloating another – the signs of pregnancy are all too common in every day life.

It can take several weeks before you put them together and realise you could be carrying a baby. 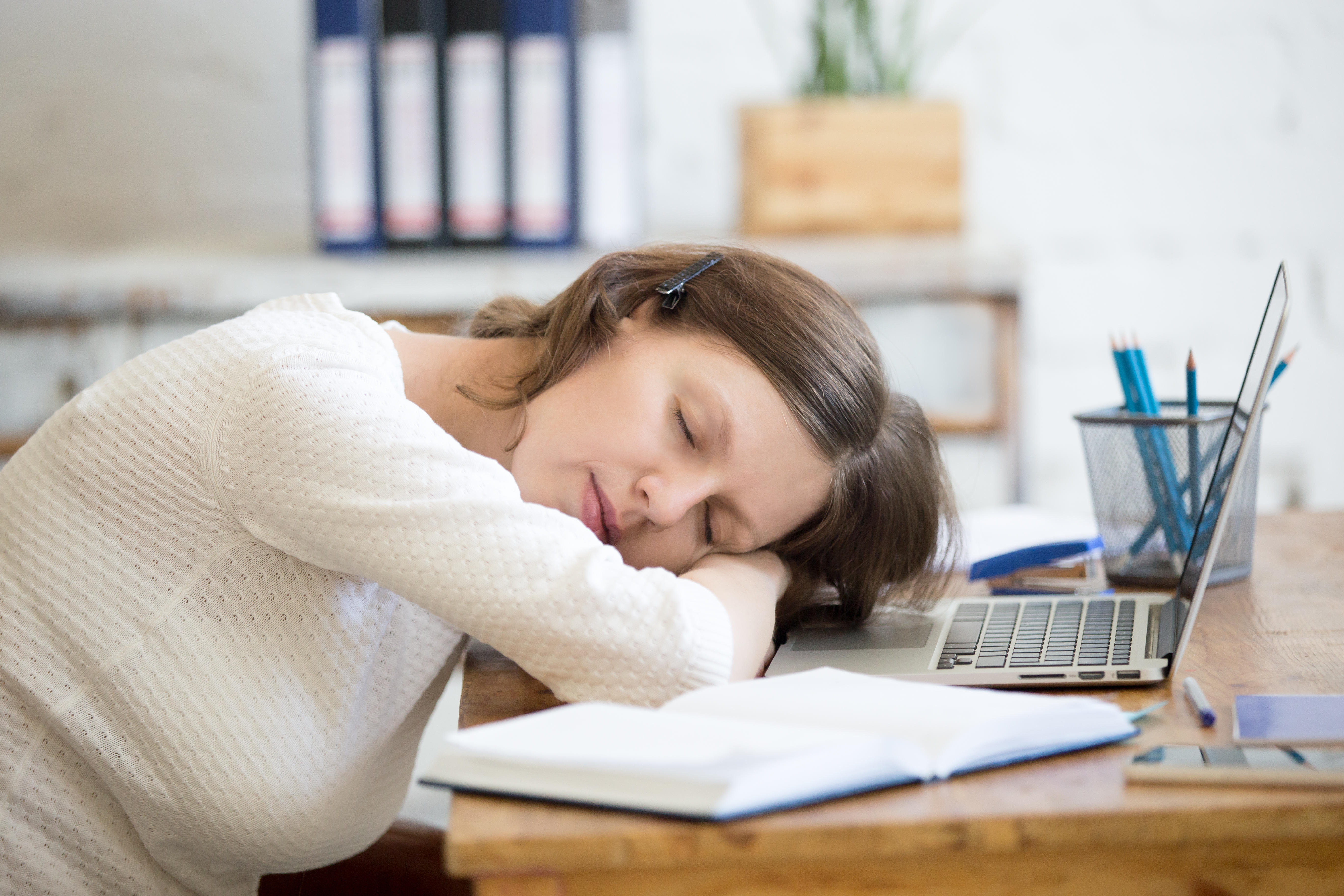 Doctors calculate pregnancy from the first day of a woman’s last period, rather than from the date the baby was conceived – if the parents’ can remember it.

The first obvious sign is usually a missed period.

But even this could go amiss in a small number of women who are used to erratic menstrual cycles, or who simply don’t track their usual pattern.

Not all women experience the same pregnancy symptoms.

But the most common are fatigue, breast tenderness, nausea and bloating, Lia Moss, a certified nurse midwife at Northwestern Medicine, who delivers babies at Prentice Women's Hospital in Chicago, told LiveScience.

Find out more about these signs:

If your period is late, often your first thought is pregnancy, whether that comes with excitement or fear.

Most women have a period every 28 days or so, but it's common to have a slightly shorter or longer cycle than this (from 21 to 40 days), the NHS says.

A woman may put her missed period down to a change in weight, stress, medication or a health condition such as PCOS – all of which are real causes.

The NHS says: “You might be pregnant if you're sexually active and your period is late.

“Pregnancy is a common reason why periods unexpectedly stop.”

And unfortunately, it can sometimes happen if the contraception you're using fails.

Extreme tiredness and lack of energy, known as fatigue, is another early warning sign that you are pregnant.

Moss said this is most common in the first trimester (12 weeks) and just before delivery caused by rising levels of progesterone.

On top of this, your body is going through extreme change as it prepares to grow a baby.

The NHS says the only answer is to “rest as much as possible”.

Excessive tiredness and lack of energy can also be a symptom of iron deficiency anaemia, which is common in pregnancy.

Headaches are common in the first stages of pregnancy but tend to ease up over the months.

Hormonal changes, change in weight, stress, lack of exercise are just a few causes of headaches during pregnancy.

It may also be due to lifestyle changes the mum-to-be makes once she knows she is pregnant, such as ditching coffee or exercise – both of which could cause headaches.

A headache can sometimes be a symptom of pre-eclampsia, a serious condition that usually starts after 20 weeks of pregnancy. 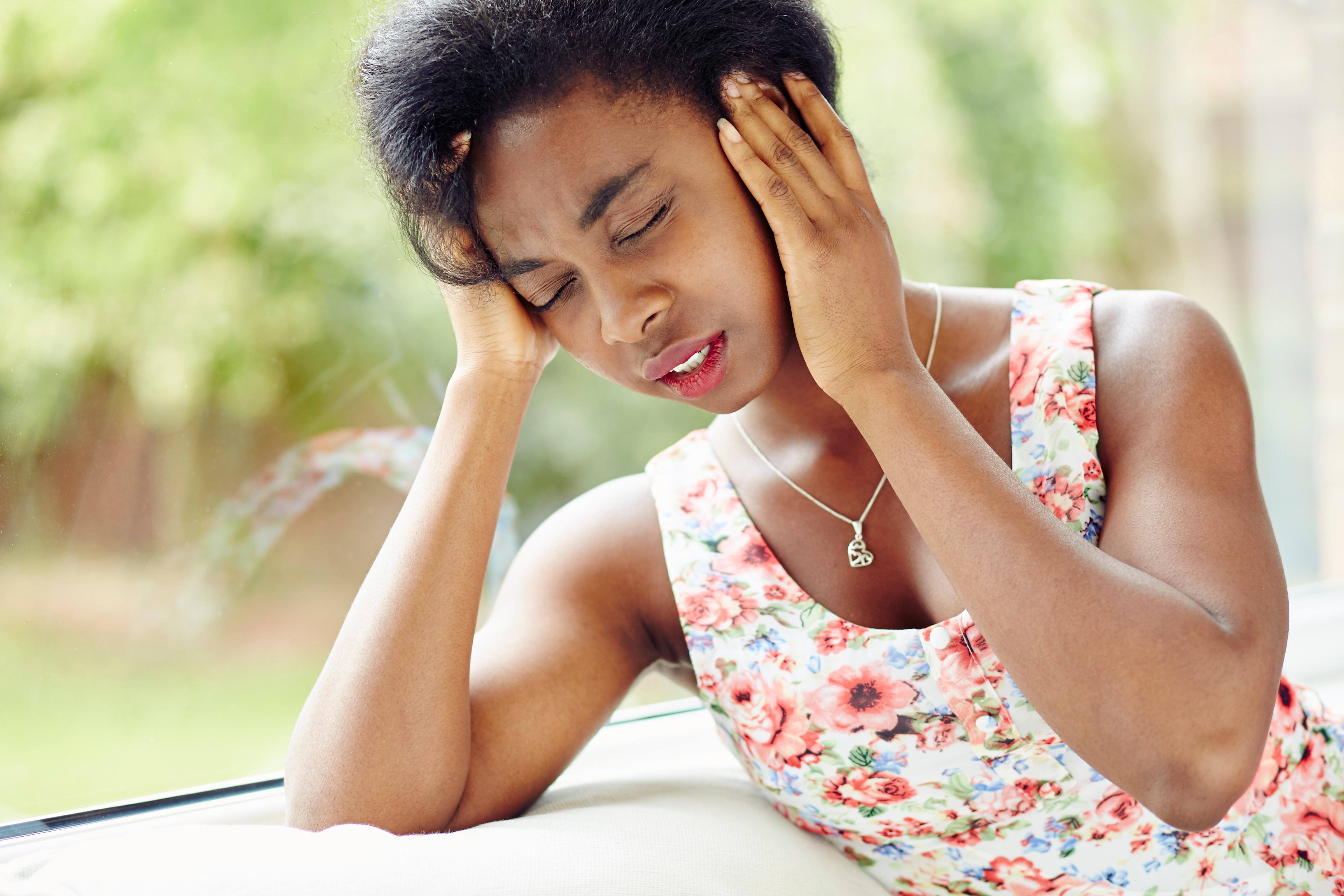 A puffy stomach is easy to put down to simply having a large meal or indulging in one too many sweets.

But it could actually be the first sign that you have conceived.

Although a “bump” doesn’t become noticeable until the second trimester, about 16 weeks in, the tummy can swell much earlier.

The stomach may feel “softer or fuller”, according to Moss, because of increased levels of progesterone.

It’s similar to what happens around a week before your period due to fluctuations in progesterone and oestrogen. 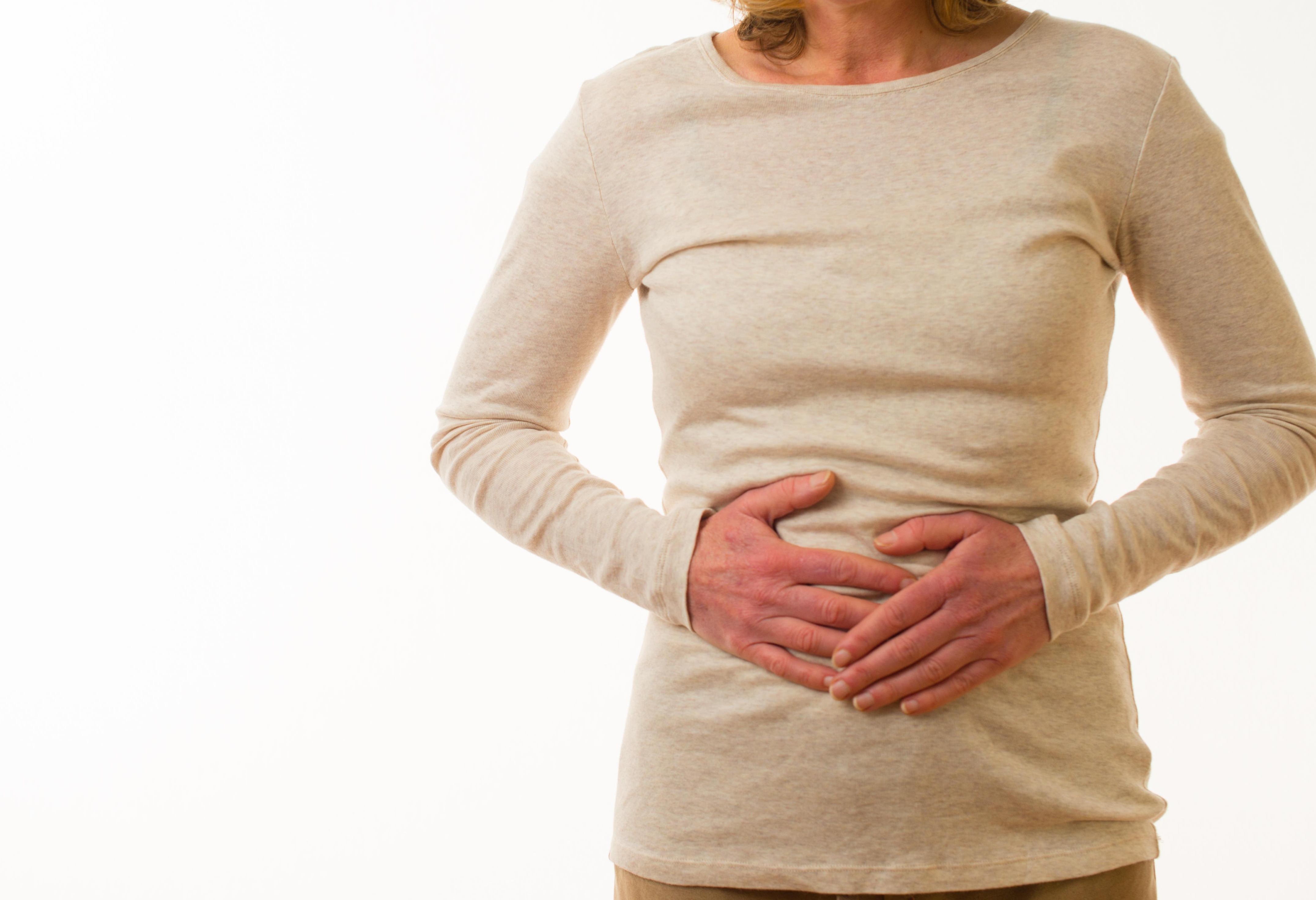 Going to the toilet more often than normal? It could be because your pregnant.

It’s caused by an increase of the hormones progesterone and human chorionic gonadotropin.

As you go through pregnancy, this side effect may go away for various reasons, such as because the kidneys are having to work harder to flush out extra fluid or the uterus is putting pressure on the bladder.

Changes in your poo can also become a problem to content with.

In the early stages of pregnancy, women can get constipated.

One of the more commonly recognised signs of pregnancy, morning sickness plagues a large number of expecting mums.

But women rarely actually vomit, and instead suffer nausea.

Sometimes the alterations in the body as it adjusts to pregnancy make certain smells and tastes unpleasant, making a woman feel woozy.

Other risk factors discovered for the symptom include obesity, a history of migraines or motion sickness, or if it's your first pregnancy.

Luckily it usually goes away after 15 weeks.

You would expect pregnancy to stop any kind of bleeding from the vagina, as it stops periods.

However, two weeks after conception, a pregnant woman may experience a small amount of vaginal bleeding or light spotting, Moss said.

It can give the illusion that a woman is starting her period or "spotting", when in fact it is part and parcel of starting a pregnancy.

It’s caused by a process called implantation – when the egg attaches to the uterus in the womb.

The blood may be pink to brown in color, light, and could be accompanied by mild cramping.

Around one in four women will experience implantation bleeding, according to the American College of Obstetricians and Gynaecologists. 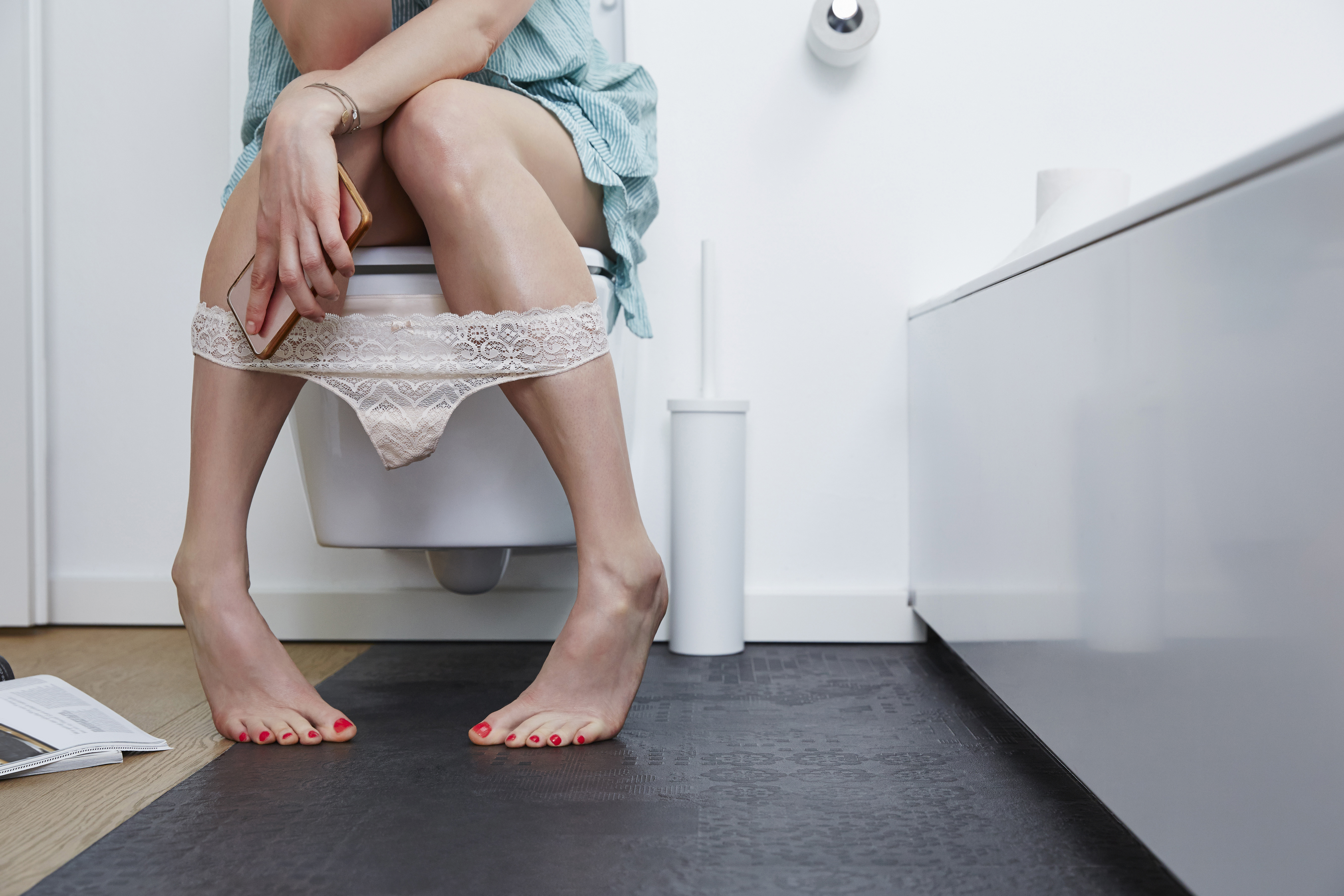 The early months of pregnancy can throw all sorts of horrible side effects your way, including dizziness.

This can make it difficult to carry out daily tasks.

It’s usually related to a drop in blood sugar or dehydration, Moss said, but other reasons include not eating enough calories or anaemia.

Women are usually familiar with breast tenderness, as it is part-and-parcel of having periods.

As a problem on its own, however, it could mean you are pregnant.

Usually two weeks after conception a woman may notice that her breasts feel fuller and her nipples may be more sensitive, Moss said.

This is caused by increased levels of the hormones progesterone and estrogen, as well as increased blood flow to this area, she explained.

Mood changes during pregnancy can send a woman on a rollercoaster of emotions.

In the early stages, it could be assumed to be caused by PMS – the set of symptoms before a period starts.

Pregnancy can leave a woman feeling more irritable or teary, not only due to the chemical changes in the body but due to mental stress or worry about becoming a parent.

We normally associate hot flashes with the menopause or perhaps feeling unwell.

But more than a third of women have hot flashes or night sweats during pregnancy, according to a 2013 study in the journal Fertility and Sterility.

The flashes don’t normally last more than a few minutes.

Doctors think that – once again – rapid fluctuations in hormones such as oestrogen may be behind these changes.

You may be told you have a “glow” during pregnancy.

The NHS says you're likely to feel warmer than usual while growing a baby.

This is due to hormonal changes and an increase in blood supply to the skin, and unfortunately, it can make you sweat more too.