Tyra Banks honored one of her icons during Icons Night on ‘DWTS’ and slayed in a gown that looked almost exactly like Jennifer Lopez’s legendary green Versace dress from the 2000 Grammys.

Tyra Banks, 46, channeled Jennifer Lopez, 51, in the most iconic way during the Nov. 9 episode of Dancing With the Stars. She walked out into the ballroom in a printed dress that was nearly identical to Jennifer’s iconic Versace dress that she wore to the Grammys in 2000. Her grand entrance — to J.Lo’s hit “Jenny from the Block” — could have easily been a Versace runway. 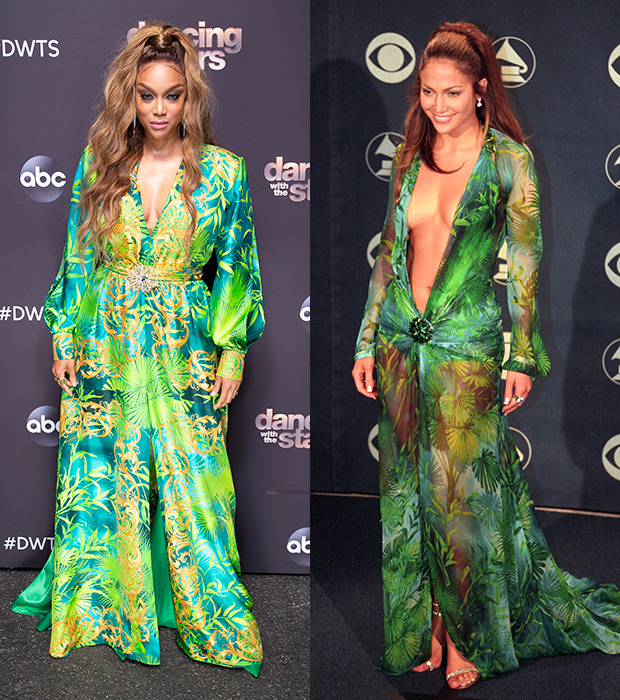 Tyra’s dress did have a few noticeable changes from Jennifer’s iconic printed dress. For one, Tyra’s outfit did not have as much of a plunging neckline as the original dress. Jennifer made a jaw-dropping fashion statement when she walked the Grammys red carpet in that dress that had a neckline that plunged past her navel. 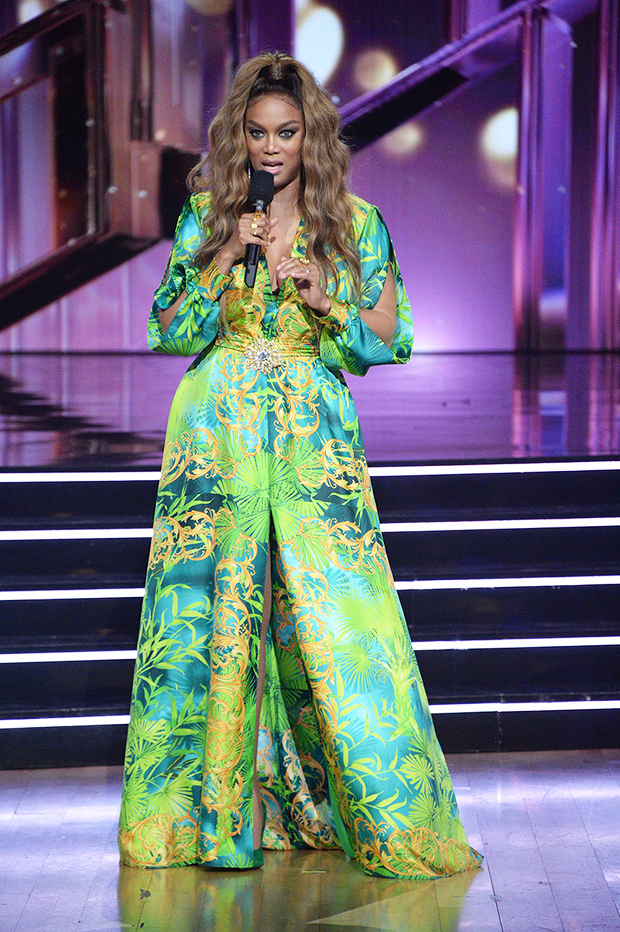 Tyra’s version of the Versace dress did not have a sheer element, but the silk chiffon dress did have a very high slit that showed off Tyra’s legs as she strutted her stuff in her catwalk entrance. Tyra topped off her look with a voluminous half-up, half-down high ponytail. Later on in the night, Tyra changed out of the look-alike Grammys dress and paid homage to Nicki Minaj, 37, by donning a pink wig and a silver outfit similar to one the rapper’s worn in the past. 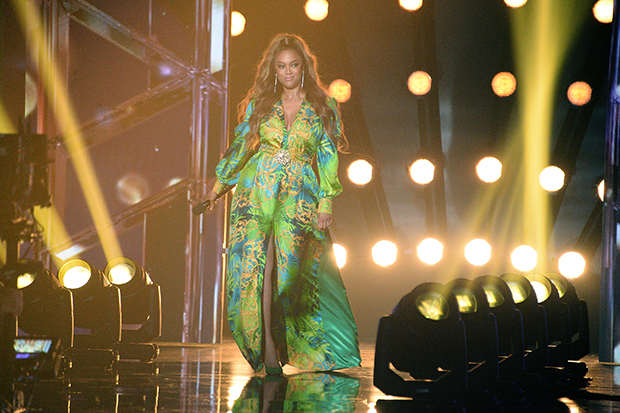 J.Lo changed the fashion game when she debuted the one-of-a-kind Versace dress at the 2000 Grammys. The singer/actress extraordinaire is widely known for inspiring Google image search because everyone at the time wanted to see more pictures of this truly iconic moment!

Jennifer made her official runway debut at Milan Fashion Week in 2019 wearing a replica of her green Versace dress. The replica featured that jaw-dropping plunging neckline just like the original gown. As expected, Jennifer slayed the runway and proved she’s still got it 20 years later.

END_OF_DOCUMENT_TOKEN_TO_BE_REPLACED

END_OF_DOCUMENT_TOKEN_TO_BE_REPLACED
Recent Posts
We and our partners use cookies on this site to improve our service, perform analytics, personalize advertising, measure advertising performance, and remember website preferences.Ok