NO one is too posh to push – not even A-Listers and royalty.  But the pushchair picked by a celeb can say a lot about how they want to be seen. After all, they could be wheeling their pricey purchase along for ­several years.

This week, it was revealed the Duke and Duchess of Sussex have opted for a trendy Bugaboo Fox, shunning the royal tradition of using Silver Cross Balmoral prams, inset.  It is no surprise the image-conscious couple have gone their own way and chosen a brand that is loved by Meghan’s showbiz pals. 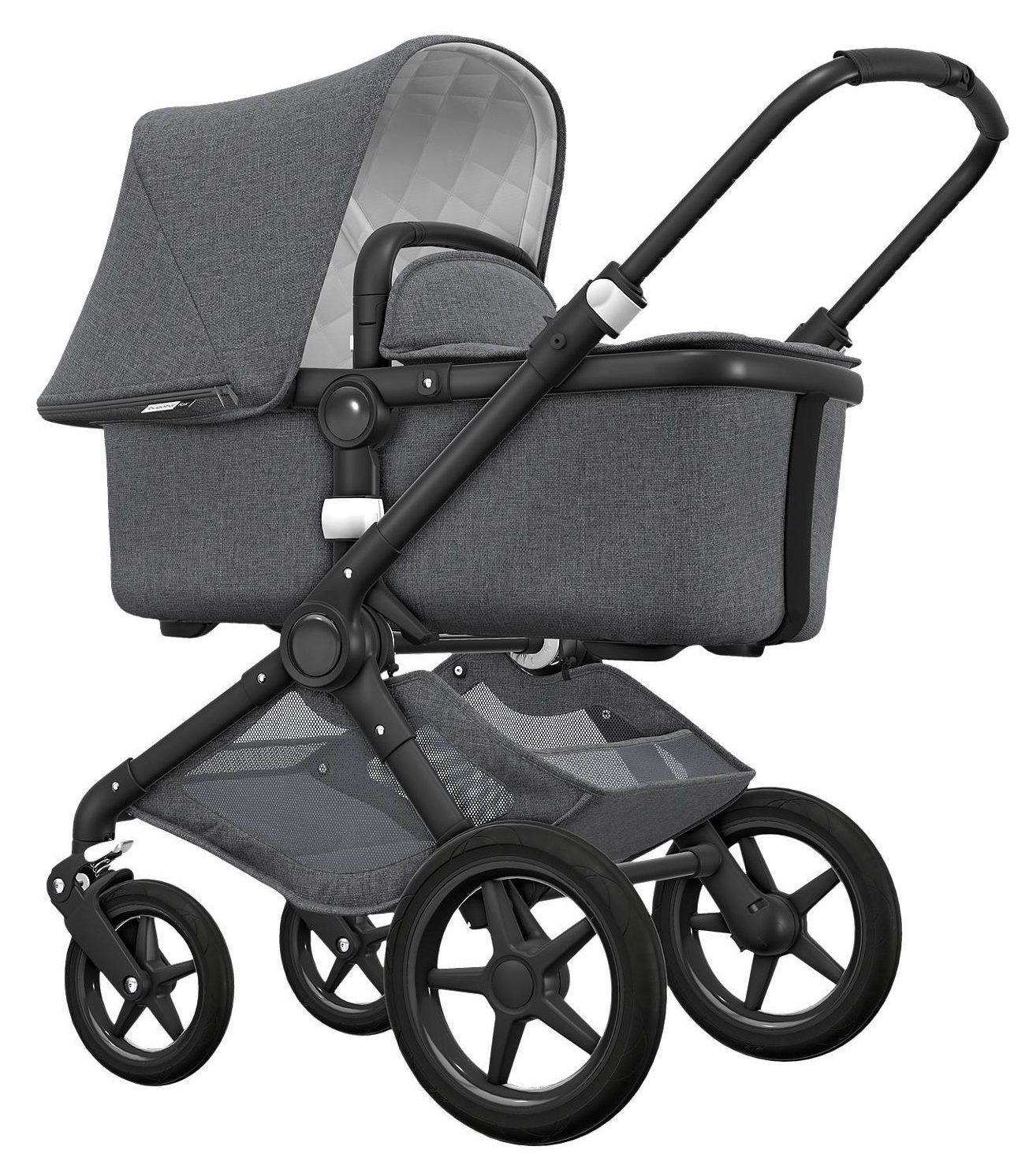 Behavioural psychologist Professor Carolyn Mair agrees that the buggy you choose can say a lot. She adds: “While functionality is important, its symbolism can matter equally. Choosing a buggy makes a statement about your values.”

But which prams do other famous faces choose? Here, LYNSEY HOPE casts an eye over celebrity buggy tribes. 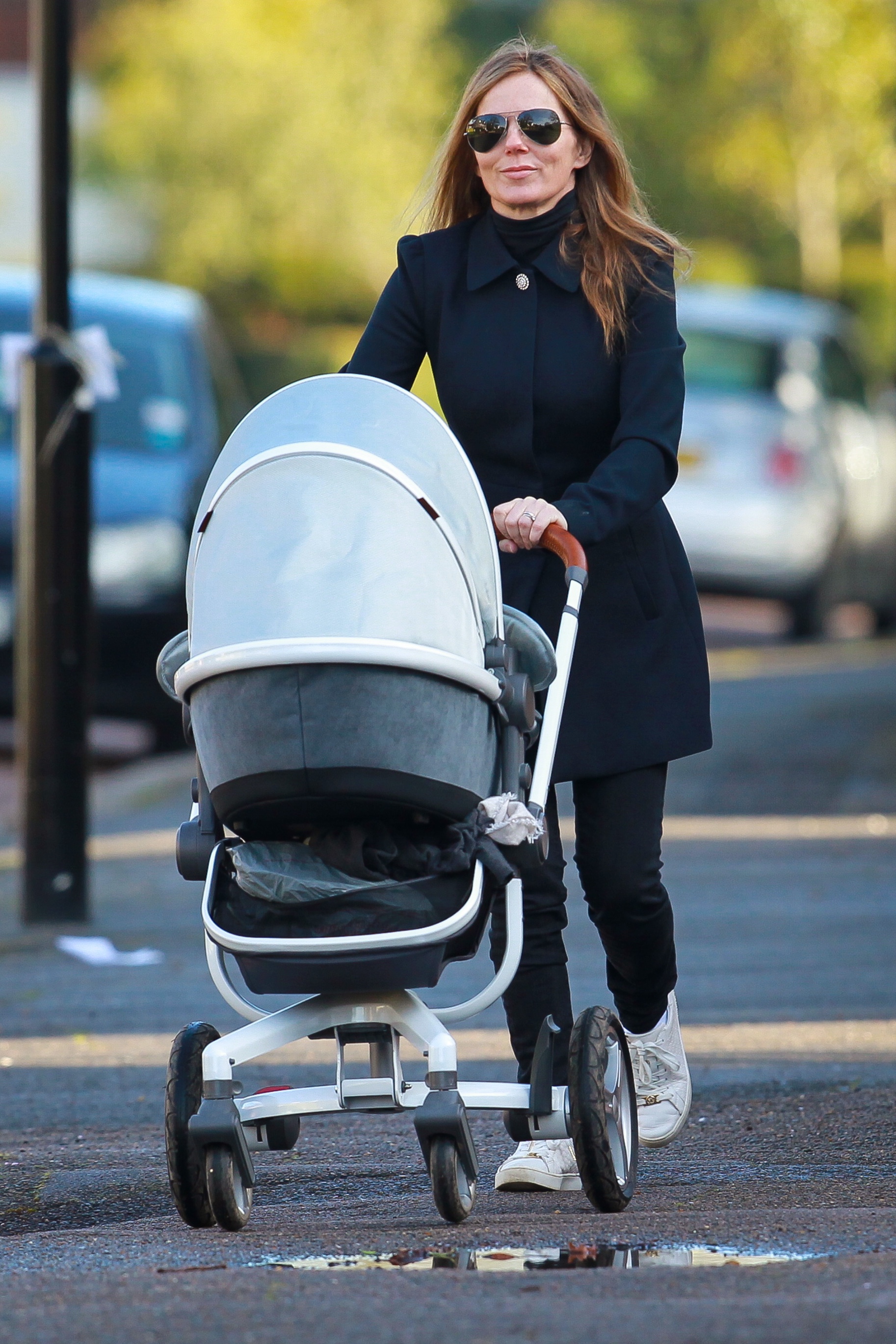 KNOWN as the Rolls-Royce of prams, the Silver Cross dates back to 1877 and has been a favourite with royals for decades.

The Queen was pushed in one and Diana used them for William and Harry. In 2013, Kate pushed George in a £1,600 model at his christening, while Simon ­Cowell and Geri Horner, right, had £3,000 Aston Martin editions.

The Balmoral model used by royals now sells for £1,800, and even the doll’s version costs £300. It has a lever-operated brake with a wooden handle and luxury hand-stitched fabric. 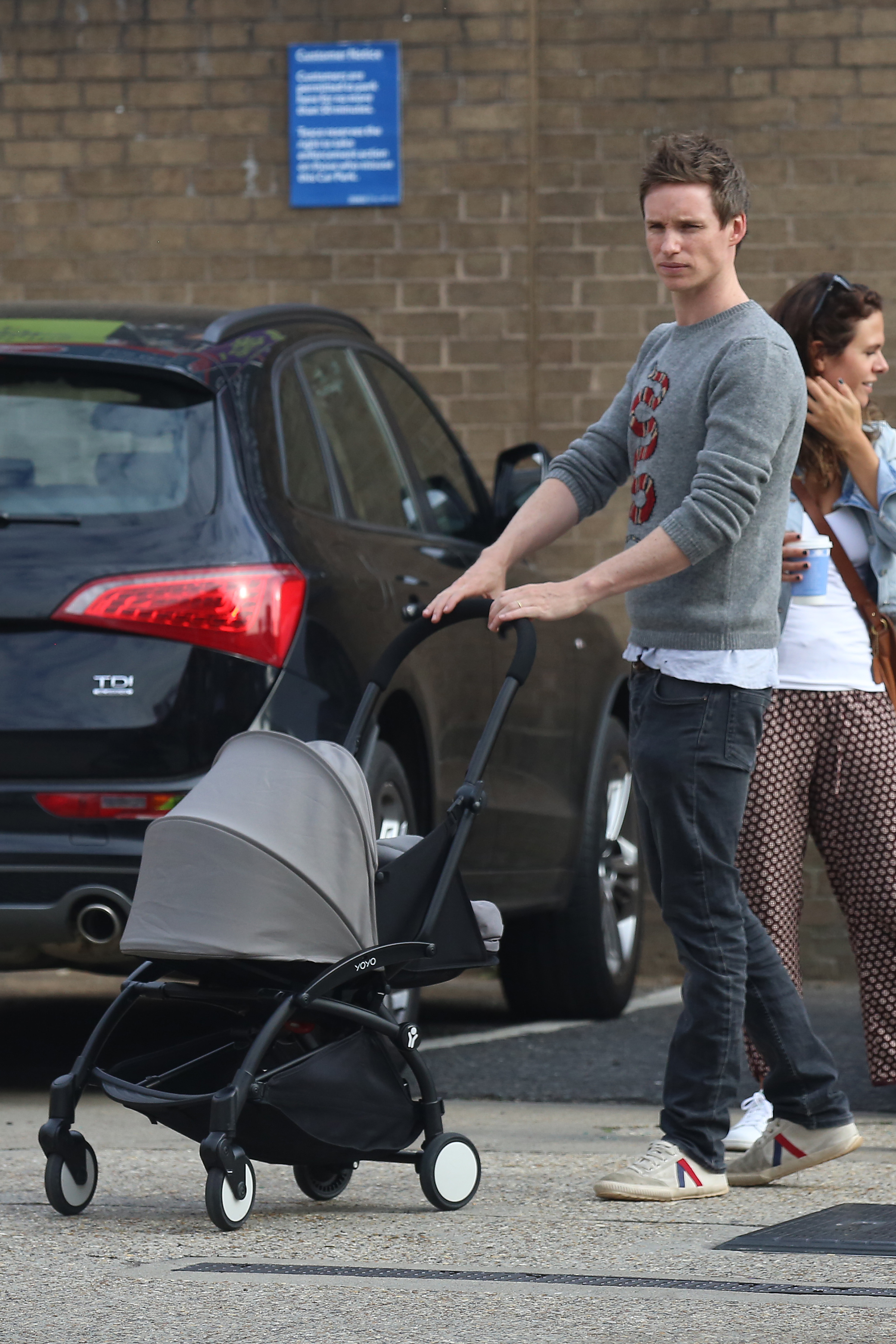 SOME of Hollywood’s finest opt for lightweight Babyzen buggies. Actor Eddie Redmayne has the Babyzen Yoyo+, as do Justin Timberlake and Jessica Biel.

They’re great for jet-setting, and parents should be able to fold the Babyzen down with one hand. It is also the first pushchair to comply with cabin baggage guidelines so you can carry it on to the plane with you.

The Priam Posers – Cardi B 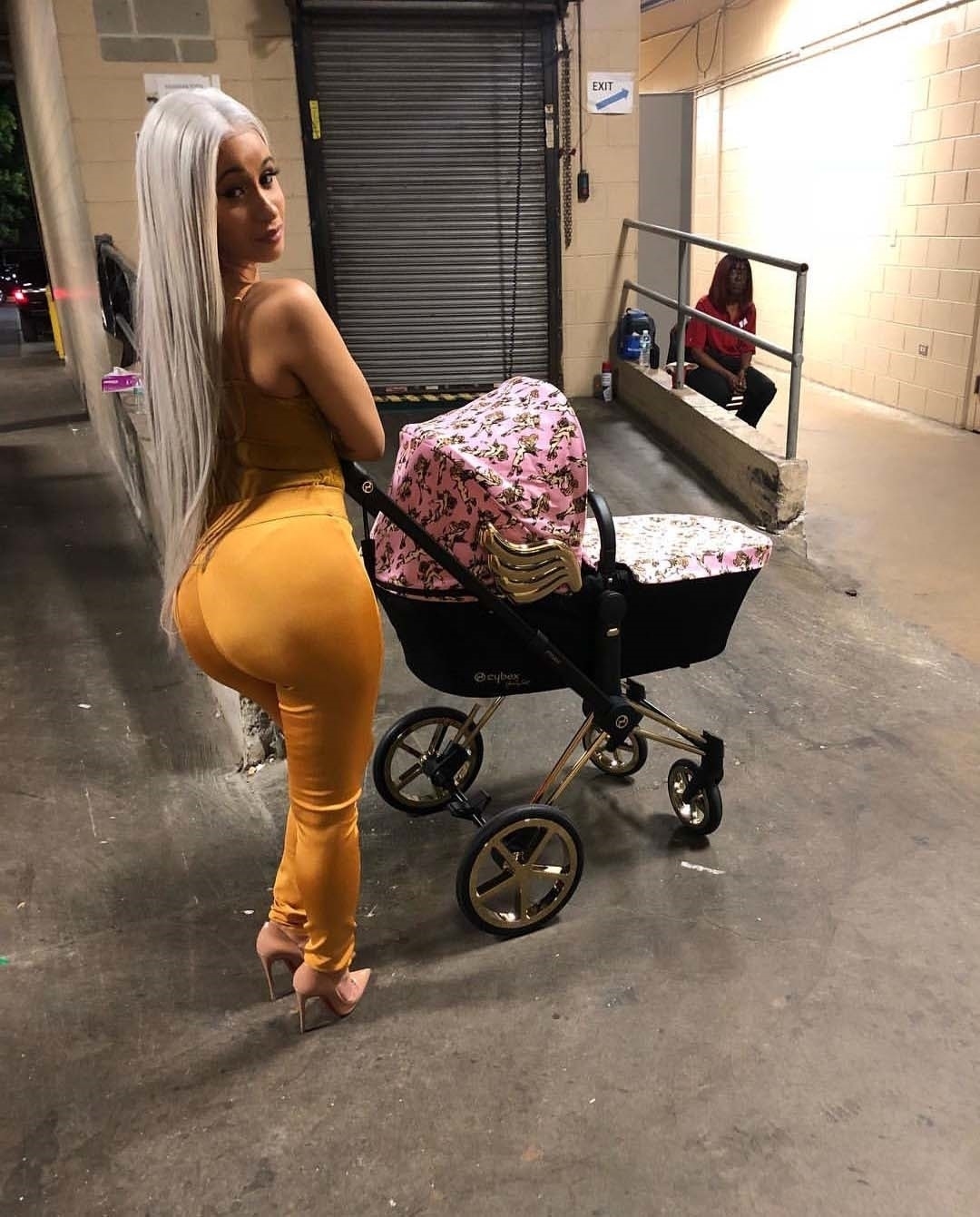 MADE In Chelsea’s Binky Felstead, actress Keira Knightley and US rapper Cardi B, below, have all been spotted with the Cybex Priam.

Cardi B picked a bespoke fabric made by the US fashion designer Jeremy Scott. The full system, including a car seat and carrycot, costs £1,324. It also comes with an extra-large shopping basket and one hand fold suspension. The firm has recently launched an electric version to help tackle steep hills. 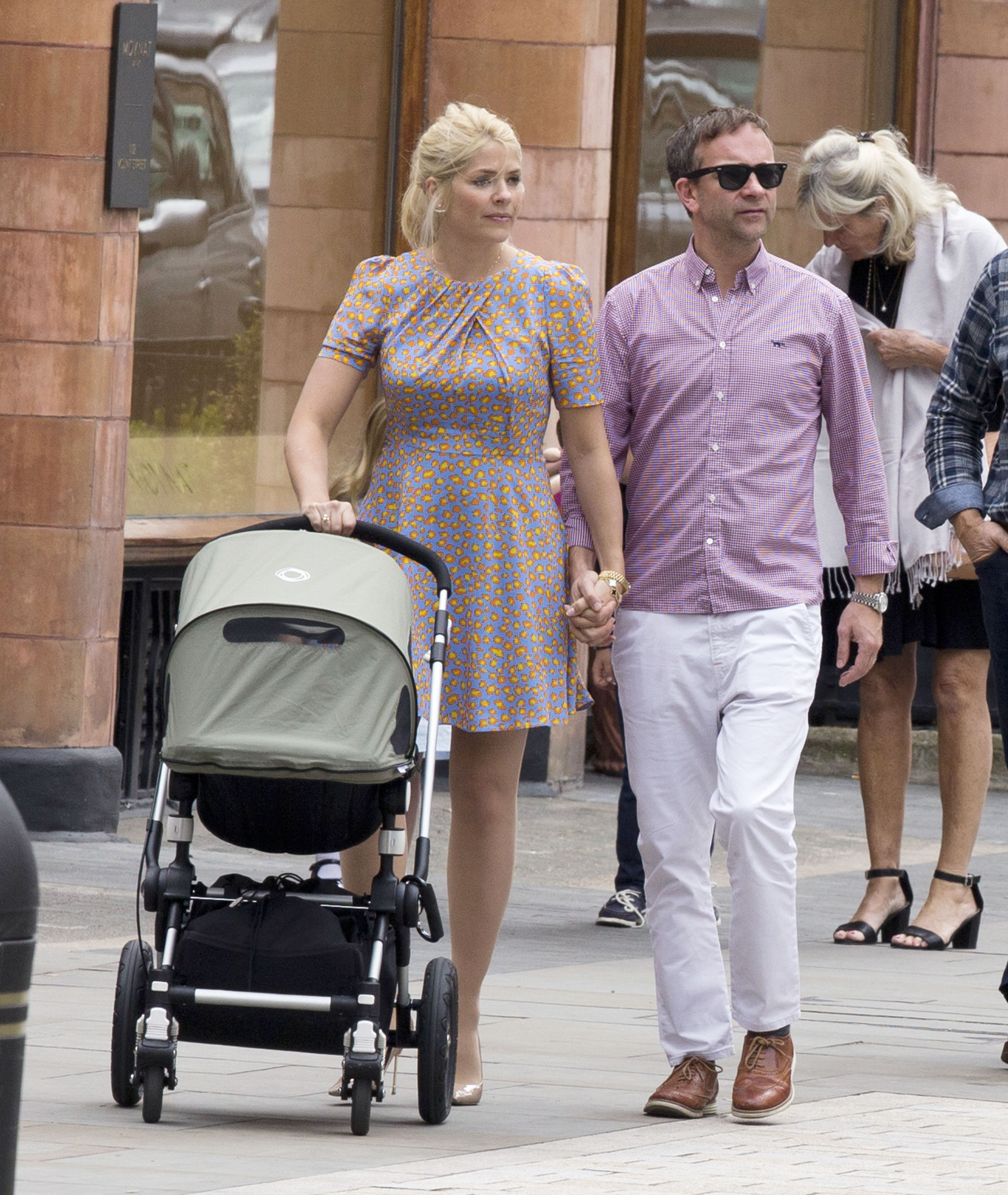 THE British love the Bugaboo, with some of our most famous stars including Elton John, Victoria Beckham, James Corden, Holly ­Willoughby, below, and Declan Donnelly taking their tots for a ride in the stylish strollers.

Before Meghan and Harry, the latest £1,112 Fox model was chosen by Pippa and James Middleton. It has a microfleece lining, carry cot, an all-wheel suspension and can ­collapse into a “cupboard-friendly size”. Its Dutch makers call it “the best in class”. 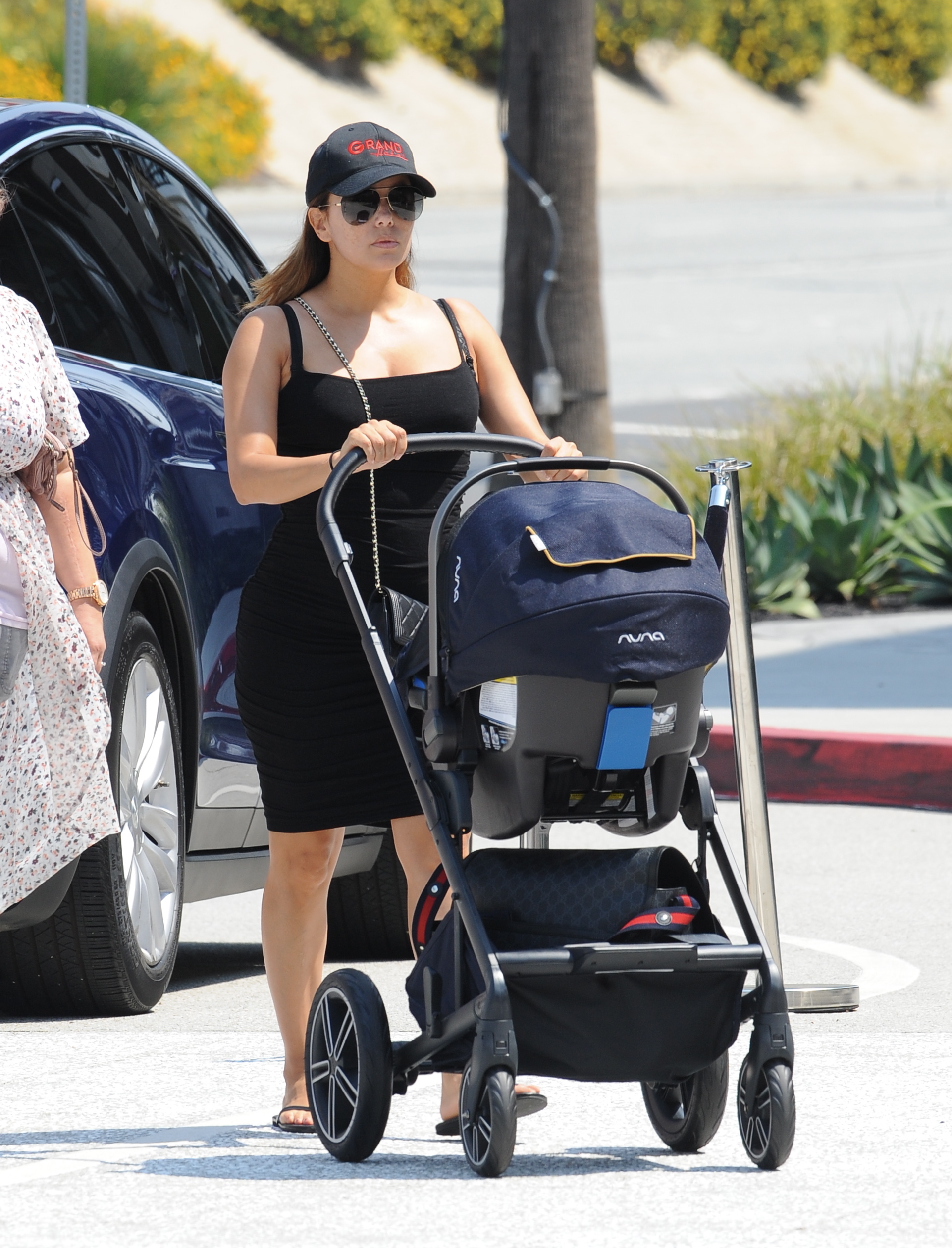 A FAVE with America’s biggest stars, Nuna pushchairs are the pram of choice for Eva Longoria Beyonce and Kylie Jenner.

All three of them chose the Nuna Mixx stroller, which is marketed as the best choice for trips out and weekends away.

It’s cheaper than the likes of iCandy or ­Bugaboo, with prices ranging from £250 to £675, and bosses reckon its “smooth manoeuvrability allows you to push with one hand, for some fun spins”. 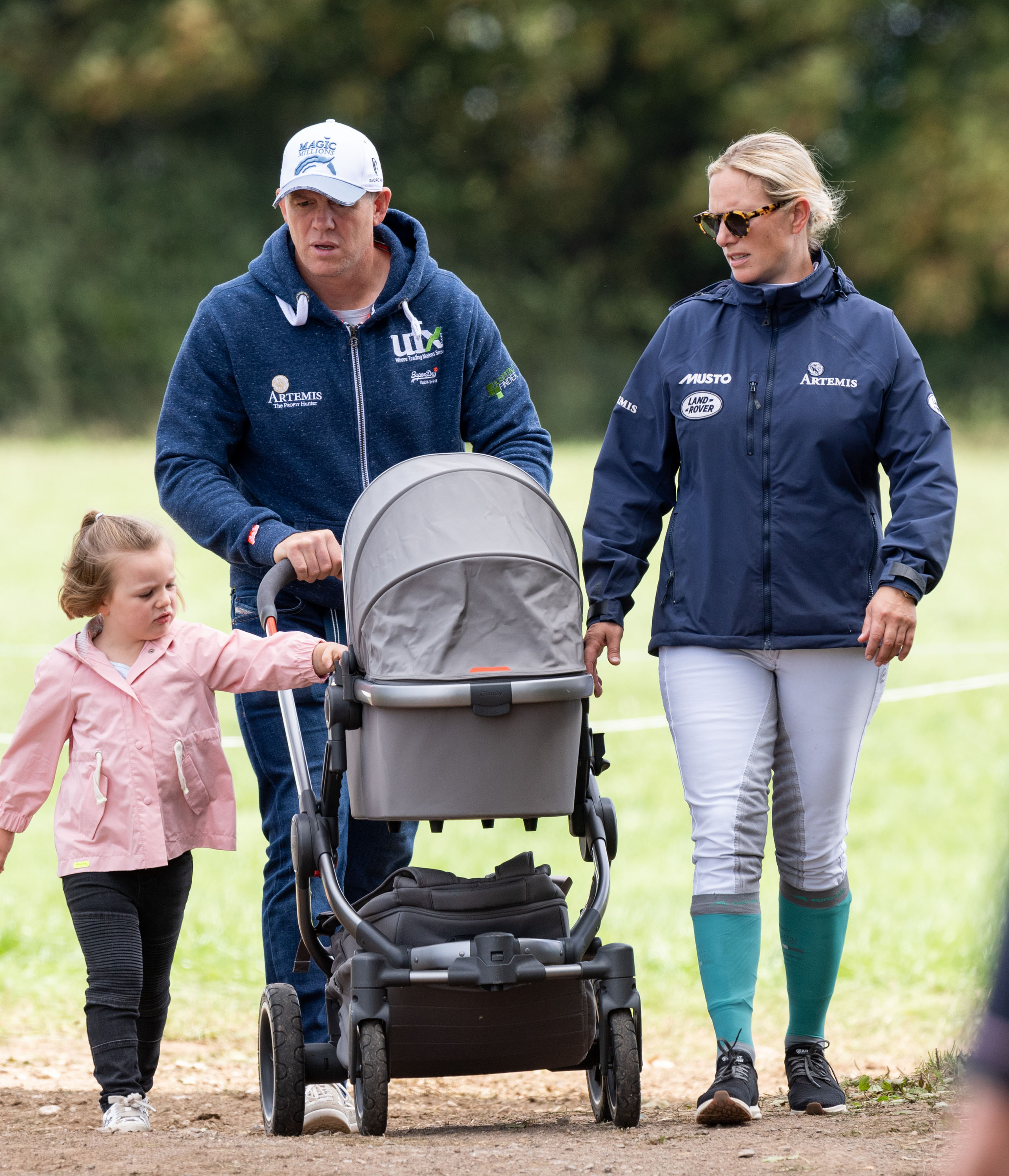 WANT to stand out from the crowd? iCandy strollers come in bright bursts of colour.

MOST READ IN FABULOUS

Vogue Williams and Made In Chelsea star Spencer Matthews chose the trendy iCandy Peach for their baby boy, as did Instagram star Clemmie Hooper. Andy and Kim ­Murray are also fans while Zara Tindall, below with her family, is a brand ambassador.

The latest “All-Terrain” buggy was designed with Land Rover with puncture-proof tyres and an aluminium frame. Most models convert to twins or doubles.