A WOMAN was left horrified after her “cute” bikini photo went viral for appearing to show a “penis.”

TikTok user Madi Marotta shared how a woman’s arm in the background had created an X-rated optical illusion. 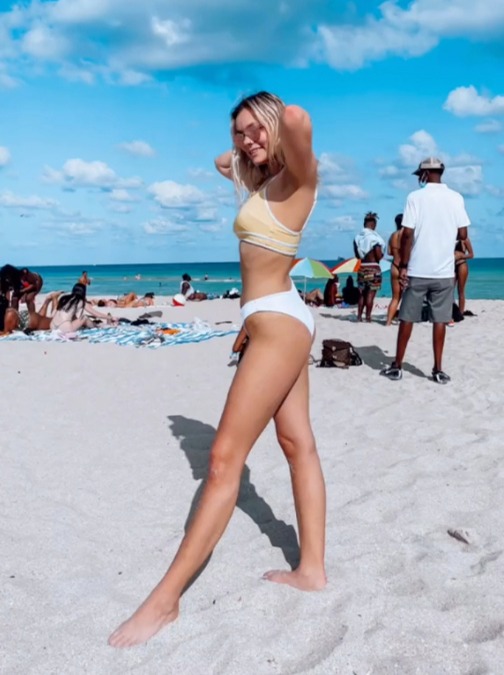 She wrote: "I tried to take a cute pic on South Beach and this lady's arm makes me look like my peen is hanging out. Enjoy."

Her funny clip has racked up four million views with a staggering 693,600 likes.

Another added: "It's a lot worse than I expected." 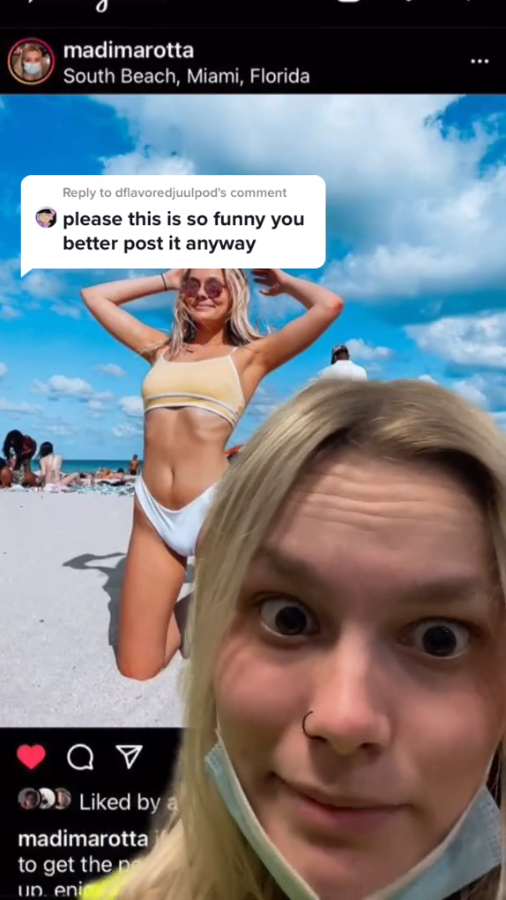 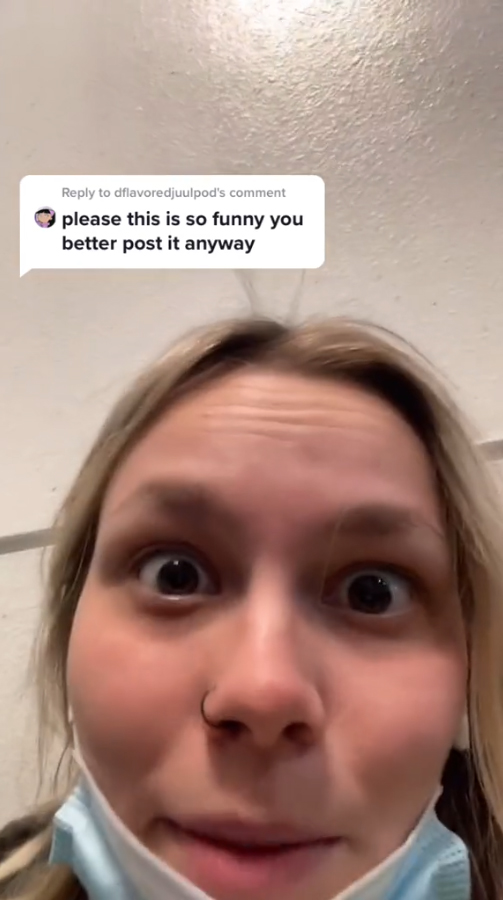 Many people said the arm "lines up perfectly" and was "so realistic", as Madi posed on Miami's famous South Beach.

Madi said she originally posted the photo on Instagram to see if anyone would notice.

She said that one of her friends pointed out the cheeky blunder “within five seconds”, so she originally decided to delete it.

She said: “That's just something I couldn't have on the gram."

Another pal later Photoshopped the woman’s arm out of the pic – but her TikTok video showing it off in all its glory has certainly been a hit.

Previously, these funny optical illusions look VERY rude – can you work out what’s really going on?

Meanwhile, these hilarious children’s drawings look very rude – from an unusual whistle to an extremely friendly monkey and lion.