A MUM who suffered 13 miscarriages in ten years finally had her miracle baby – after taking steroids to strengthen her womb.

Laura Worsley, 35, lost every baby she conceived, with many pregnancies lasting just a few weeks. 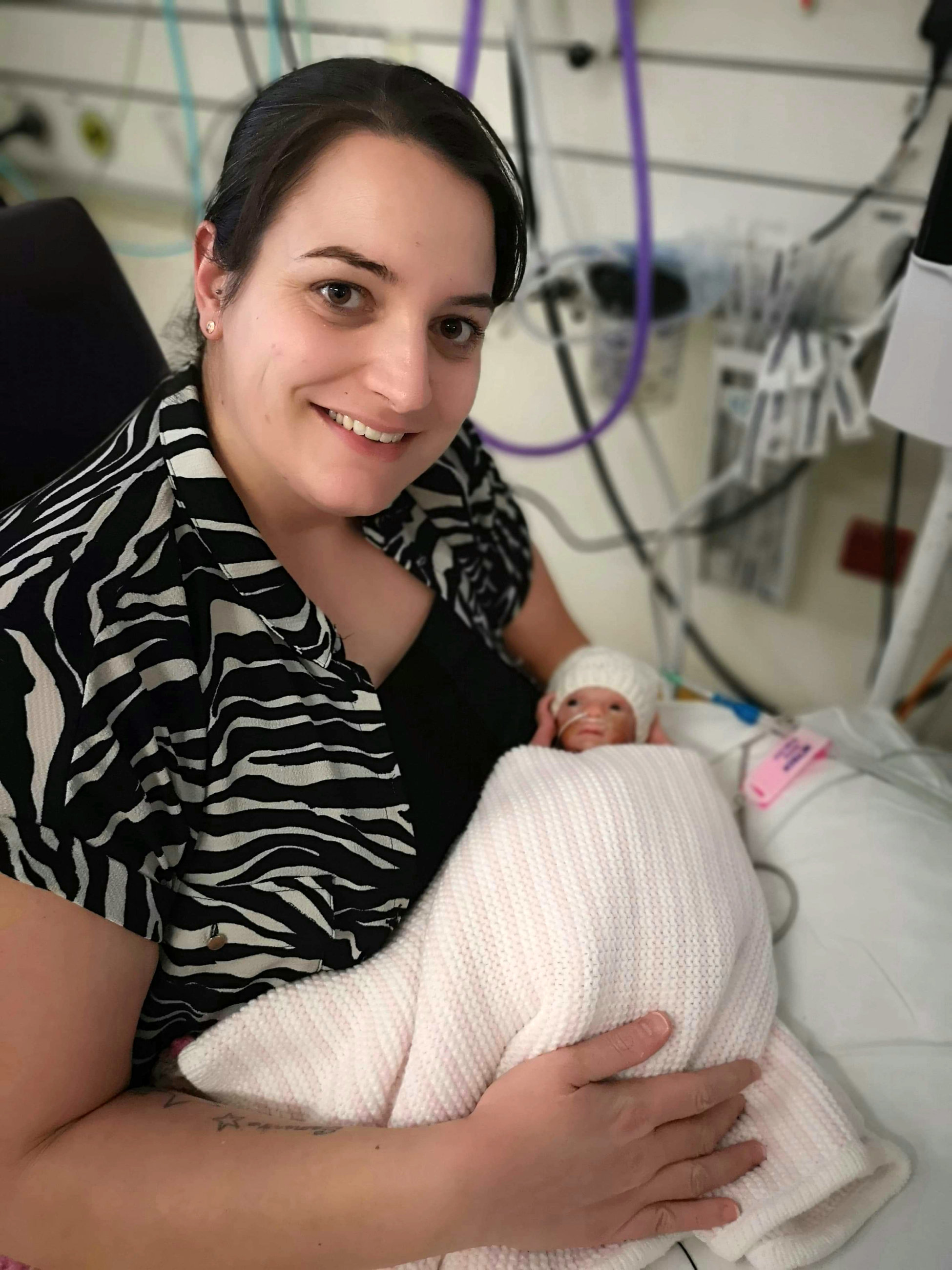 But she never gave up hope of realising her dream of having a child with husband Dave, 48.

The couple suffered their first heartbreak when Laura miscarried in 2008.

She suffered three further miscarriages in the next two years and doctors referred to an innovative medical research team.

Under the expert care of Professor Siobhan Quenby and the Biomedical Research Unit at University Hospital Coventry & Warwickshire (UHCW), she took part in "world-leading" miscarriage research. 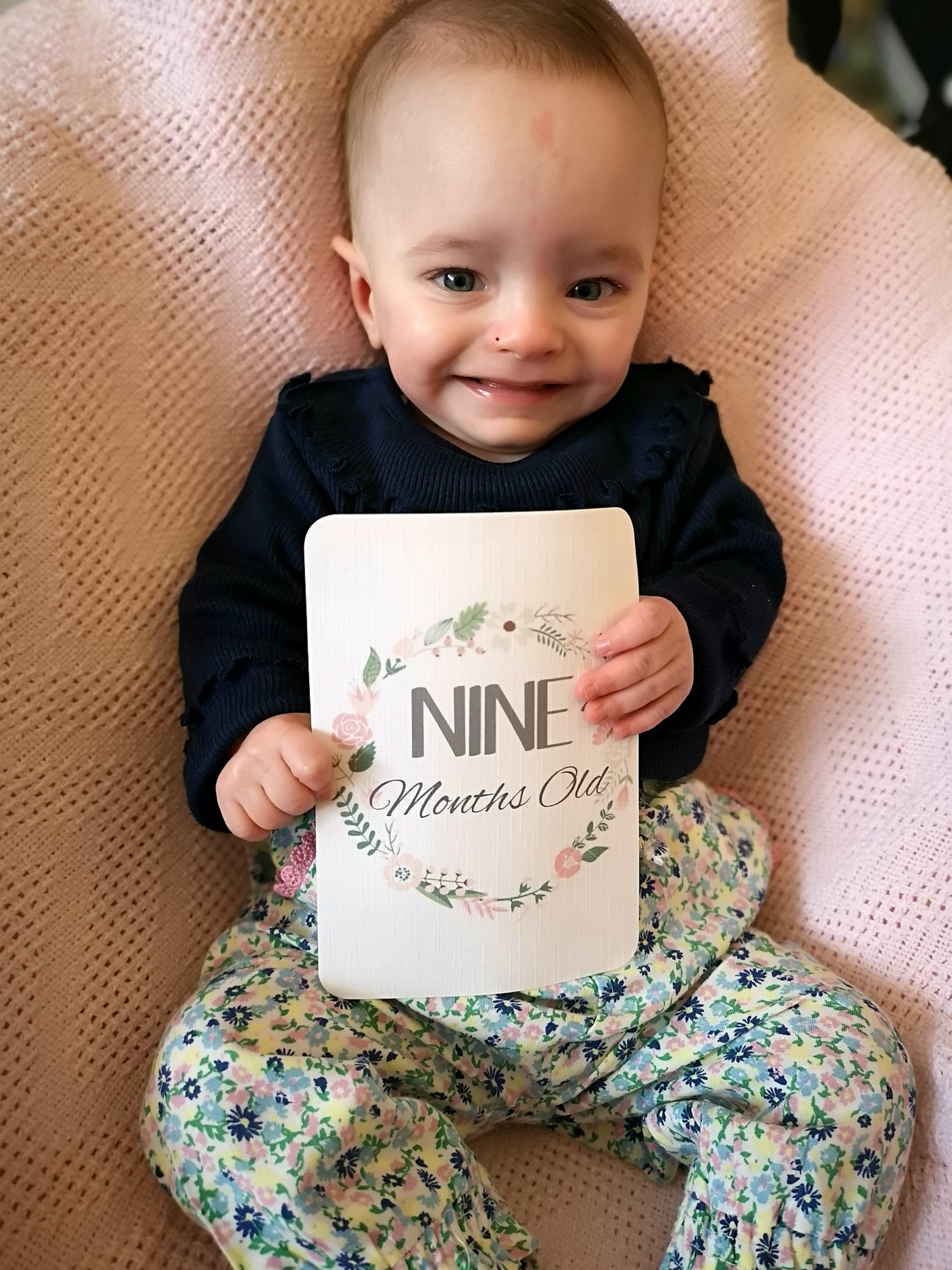 WHAT IS ANTIPHOSPHOLIPID SYNDROME?

Antiphospholipid syndrome (APS), is a disorder of the immune system that causes an increased risk of blood clots.

This means people with APS are at greater risk of developing conditions such as:

Pregnant women with APS also have an increased risk of having a miscarriage, although the exact reasons for this are uncertain.

APS doesn't always cause noticeable problems, but some people have general symptoms that can be similar to those of multiple sclerosis (a common condition affecting the central nervous system).

During their work with the unit, Laura also lost two boys, named Leo and Graceson at 17 weeks and 20 weeks.

Leo's placenta was tested and results showed Laura also had a second condition, Chronic Histiocytic Intervillositis (CHI), which causes the body to reject the pregnancy.

She took steroids to strengthen the lining of her womb and she conceived naturally for the 14th time last March. 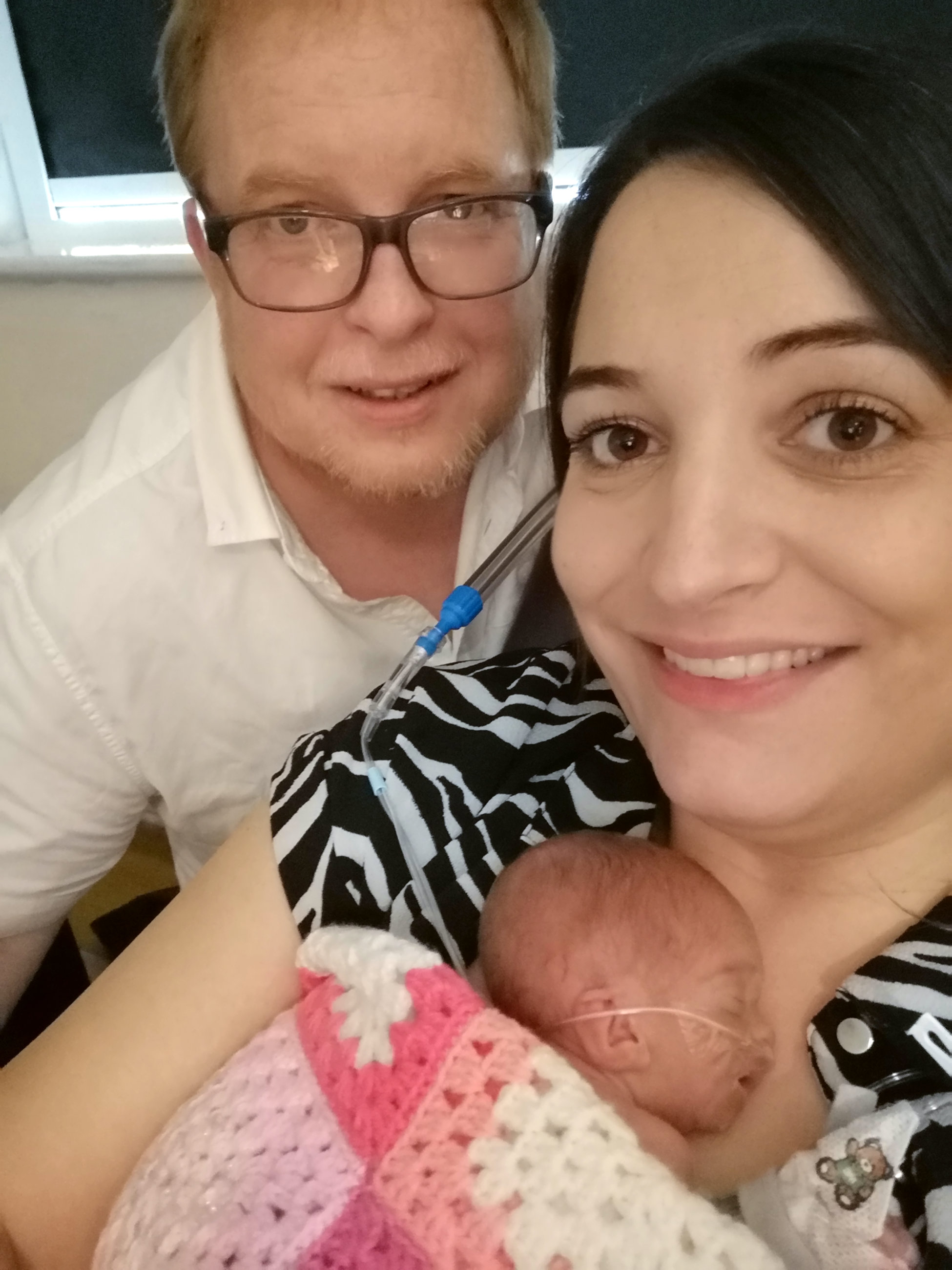 Laura was also given drugs to stop her blood clotting and she finally went into labour at 30 weeks.

Ivy was placed in a neonatal incubator in intensive care but after 11 weeks until she was strong enough to be taken home.

Laura, of Kenilworth, Warwickshire, said: "Even now, nine months on, I can't believe she's actually mine.

"I cannot thank the research and the maternity teams at University Hospital enough, they have helped me to have the baby I always dreamt of.

"It feels like all of my Christmases have come at once. 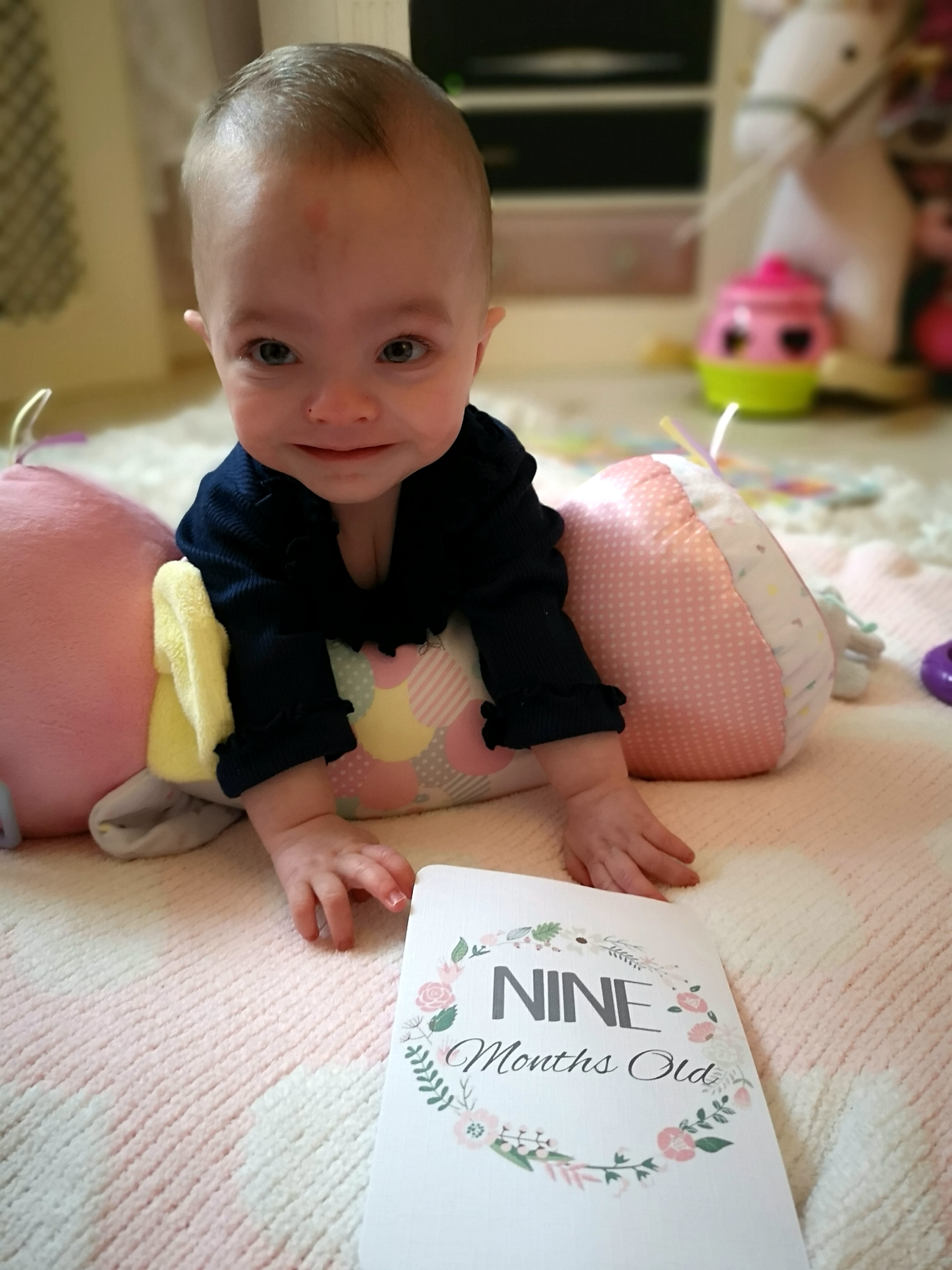 "It's so important to be able to make a difference for anyone else going through what I went through.

"Through my story I want to give others the hope and strength to carry on even when things seem impossible.

"[While suffering the miscarriages], we were told a high dose of folic acid might sort it, but it didn't.

"We took part in trials, did all the tests and tried different medications, hoping something would work.

"I don't know how I coped, to be honest. Dave stayed strong for me but when we lost the boys, he really struggled with that. 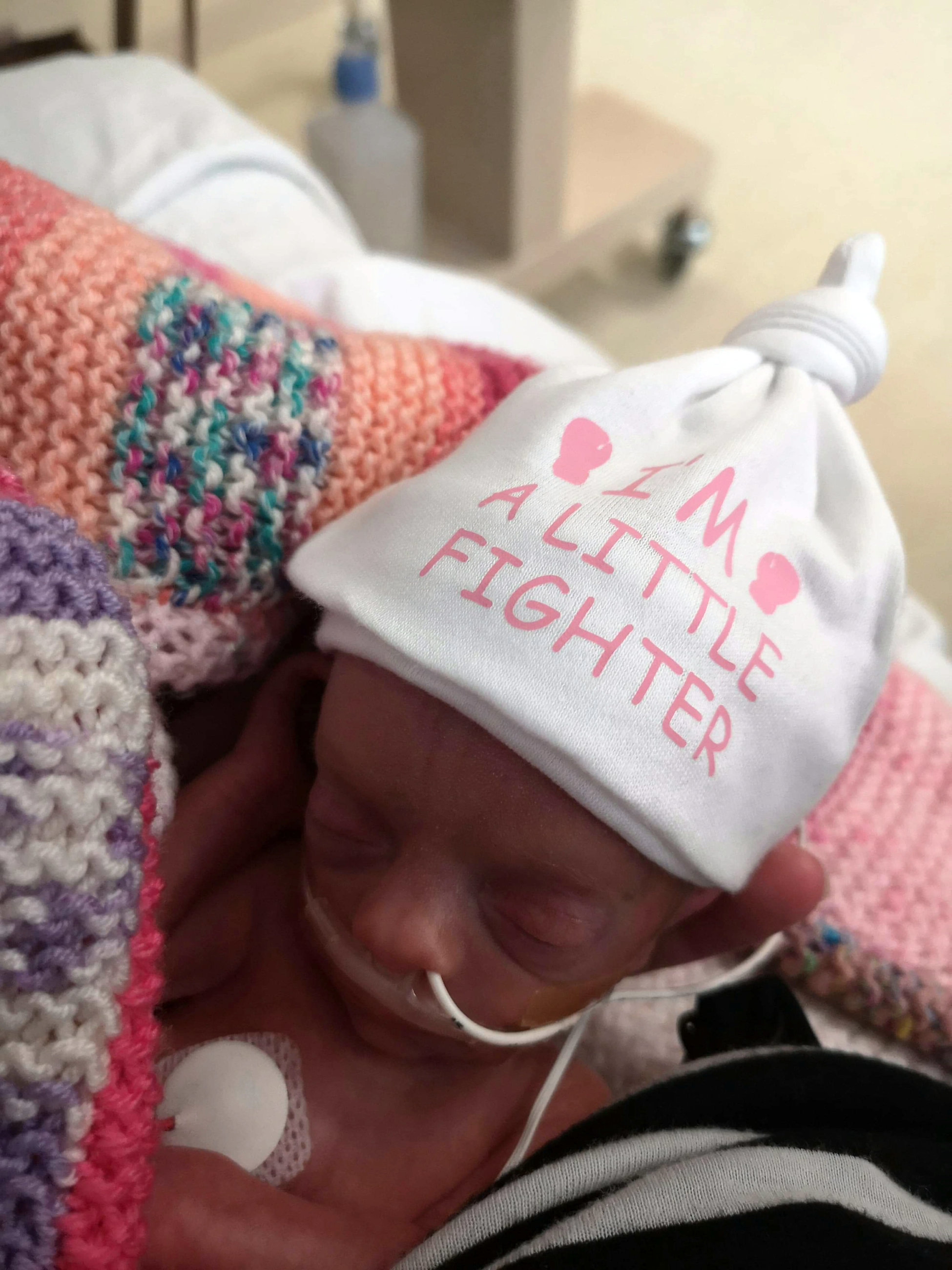 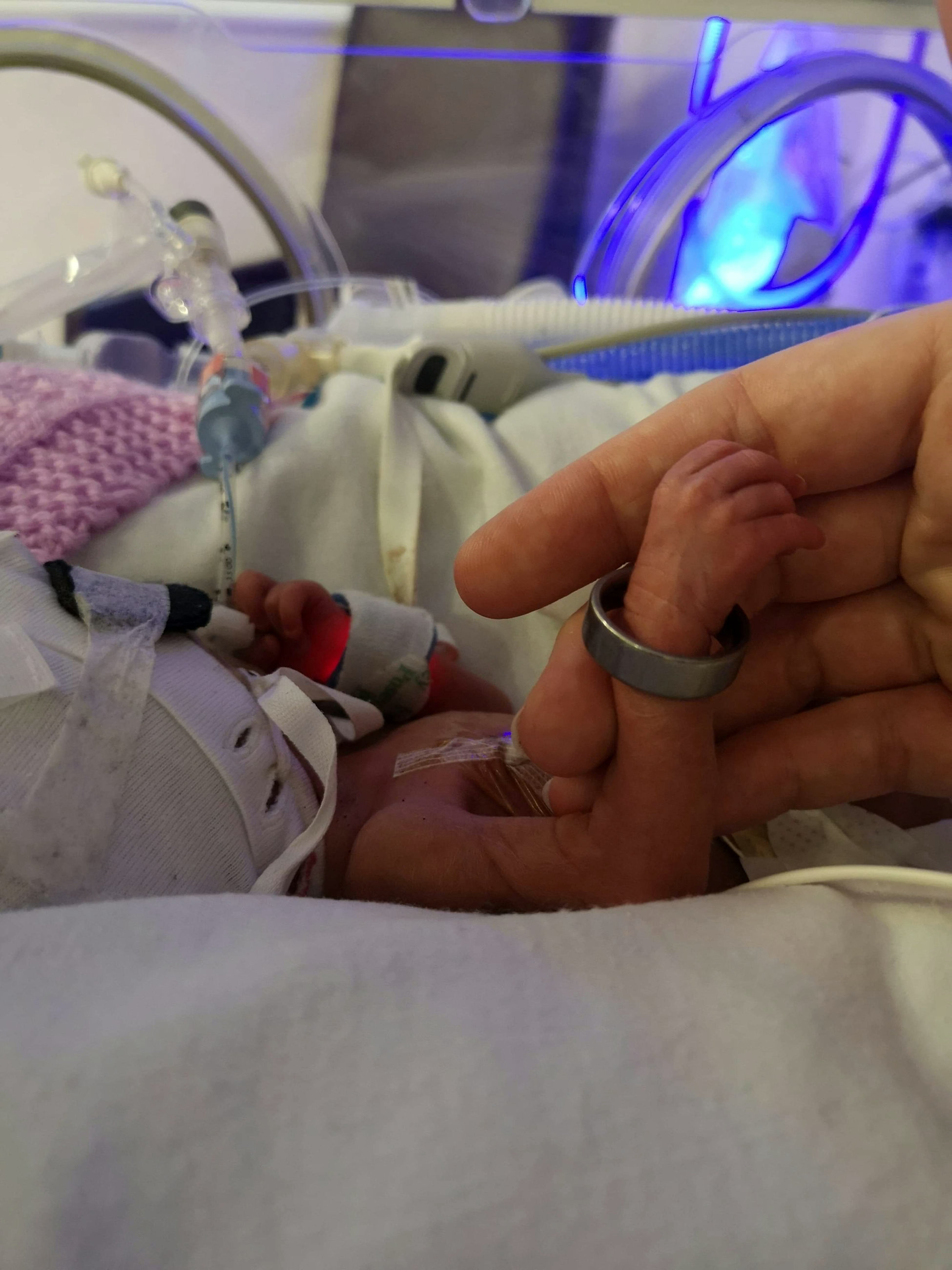 "It was all I lived for – I lost years of my life. I just thought, if I can't have a baby I don't see a point in my life.

"[The CHI] was causing my placenta to die in places.

"I wasn't sure I wanted to try again. But Professor Quenby said she had helped women with this successfully.

"I thought if there's that one bit of hope, I had to try again. I spoke to Dave about it and he felt the same.

"I told myself, this is the last time I'm doing this. 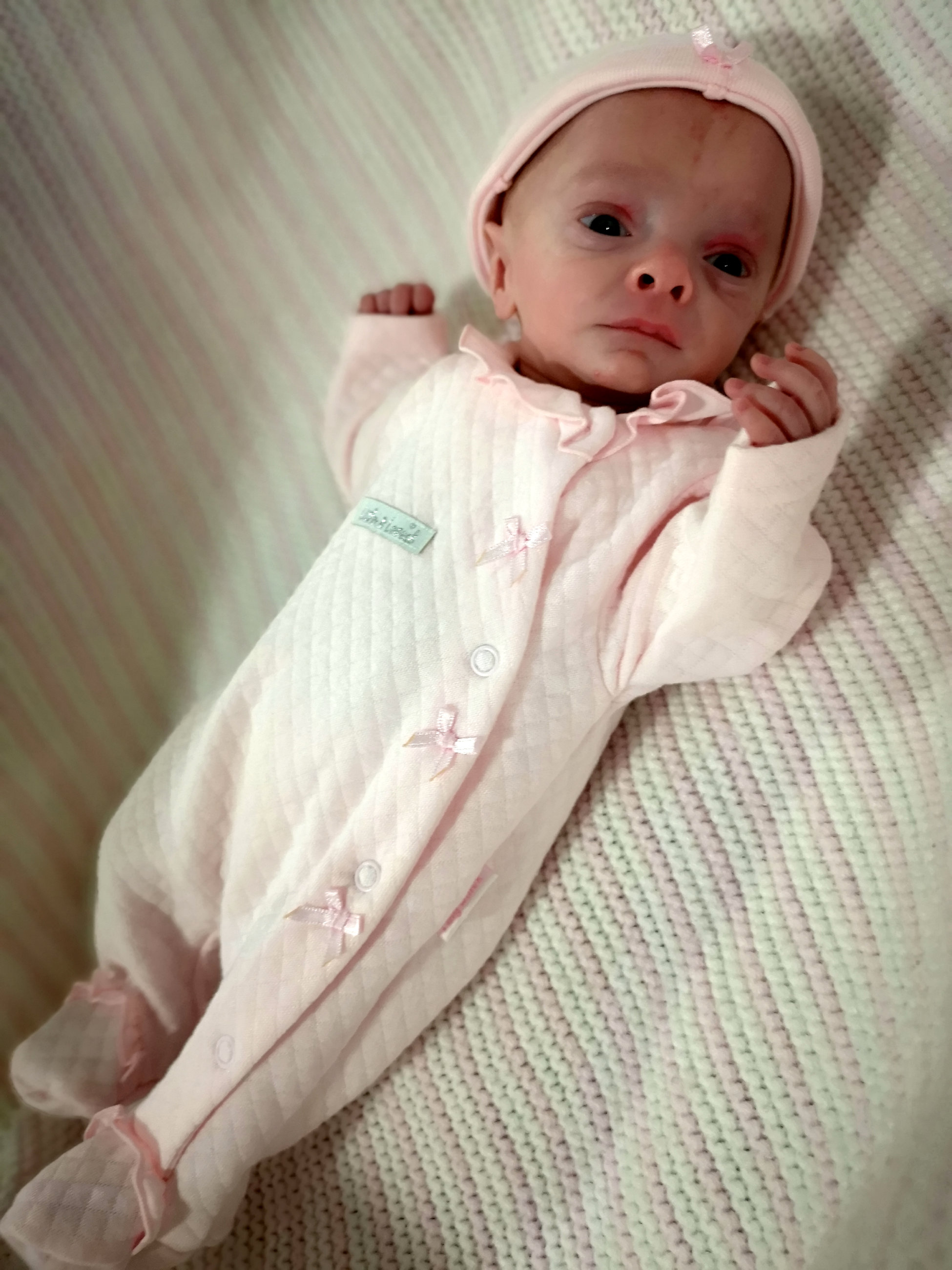 "I just kept thinking if we tell people, we're going to jinx it.

"My husband saw Ivy first. He showed me a photo of her when I woke up.

"I just thought, she's a fighter. She just kept going forward all the time, she never went back.

"I look at her and think 'miracles do happen'. I'd read about other people's miracles, and now I've got mine."

Prof Quenby said: "The steroids do have side effects. But we both decided it was worth one more go.

"I was delighted [Ivy] was here but I just couldn't bear to see her until I knew she was OK. I'd ask the nurses to go and see her for me but I was too scared.

"Laura's case is benefiting people across the world. Many in her situation would have given up, but she just kept going."

In other real life news, a mum who went through menopause at 29, but was finally able to conceive after £23,000 IVF.

And a woman has revealed how she donated her uterus to a woman who desperately wanted to become a mum.