A look at transgender representation on TV for Pride Month

It’s officially Pride Month, so it’s time to celebrate people from all walks of life who are living their truth and loving someone who makes them feel as special as they truly are.

Still, Hollywood has some work to do when it comes to representation of the trans community in major motion pictures. According to a study released last month by GLAAD, transgender characters were “entirely absent” for the 110 major studio releases in 2018.

The study wasn’t all bad news, as more than 18% of those films included characters within the LGBTQ community, a large increase from the year prior. 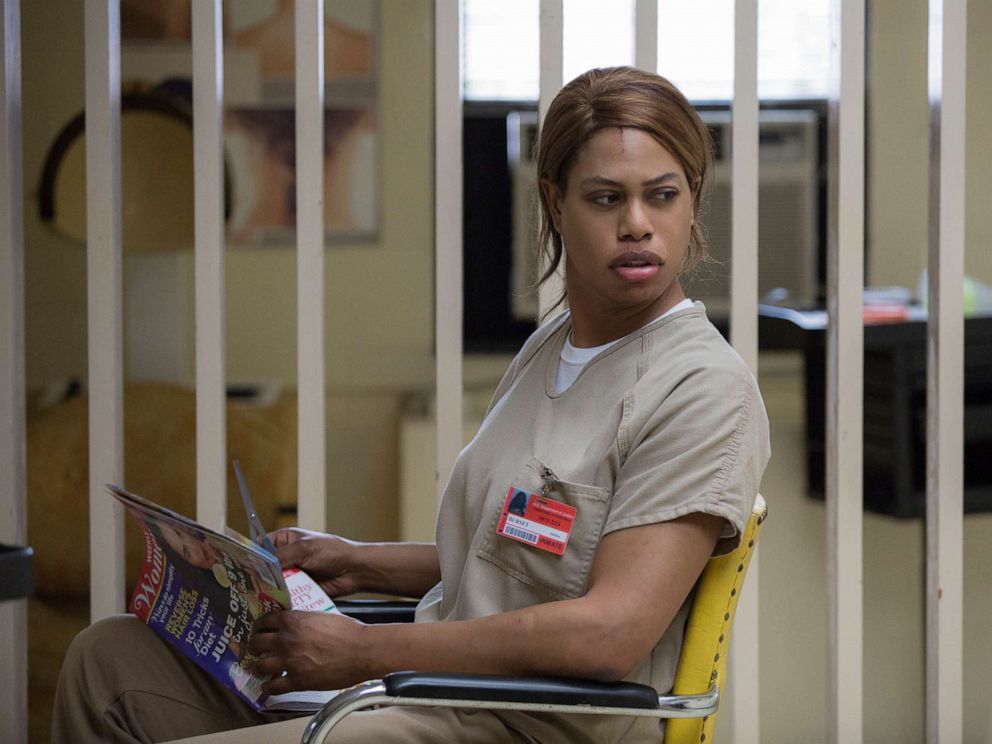 Here’s a look at some of the successful actors and characters TV viewers have grown to love and admire over the past few years.

You can’t talk about transgender characters without looking at Cox’s Sophia Burset, who burst on to the scene way back in 2013 and immediately made an impact.

As the show did with many of its major players, it took a look back at Burset’s former life prior to transition, including a wife and child.

But the beloved Litchfield inmate (on the show) was never confined to the role of a transgender convict, as she was a loyal friend, struggling with the same issues as anyone else in “Orange.”

As part of the ensemble, she fit right in and was a great compliment to the rest of the cast.

Out magazine recently named Cox one of 20 LGBTQ+ people who “changed the world.”

Talk about an empowering superhero.

Nicole Maines stepped into the CW’s “Supergirl” last year and her character was so much more than a gender.

In fact, they didn’t even introduce that fact until way later into her first season.

The character was a source of strength and morality for the rest of the cast long before she told Supergirl and the gang she was transgender.

Later, she donned a proper costume fit for a true hero and saved lives in the process.

Fletcher is a very successful actor, who has starred on “The Fosters,” “Shameless” and much more.

From 2016 to 2018, Fletcher played Trevor on the popular Showtime dramedy. Trevor was a transgender man who eventually became the love interest of Ian Gallagher.

But not only does Fletcher steal Ian’s heart, on the show he works for an LGBTQ organization that helps to find homes for runaway teens.

Off-screen, Fletcher makes his presence felt on social media, where the actor speaks out not only for trans rights but the rights of all people.

His feed is filled with inspiring message of love.

Playing Buck Vu, Ian Alexander has starred in “The OA” since 2016.

The 18-year-old’s portrayal of the transgender young man was partially based on his own experiences growing up.

The powerful young actor has said in interviews that seeing a casting call for an Asian transgender actor was a real inspiration and validation for himself.

The creators of the show, Zal Batmanglij and Brit Marling, believed in Alexander so much that they asked for his input as a writer and crafter of the character.

Alexander let the world in and his character became one of the most popular within the cast of characters alongside Marling on the show.

As you binge the episodes, you really get a sense of who Buck is on the inside, just as important as who he is on the outside.

You knew we weren’t going to ignore this iconic program.

Through 11 seasons, including a few Emmy Awards, “Drag Race” has become a cult phenomenon.

Many of the competitors over the years have come out as transgender and discussed their transition on the show in hopes of inspiring others and normalizing the community.

Those like Sonique, Kenya Michaels and more have bared their hearts in front of millions.

And who can forget Peppermint, who competed in season 9 and was actually a finalist.

There are several others making an impact on TV for the LGBTQ community and beyond, like non-binary actor Asia Kate Dillon, a core member of the “Billions” cast, and the ground-breaking cast and crew of “Pose,” but representation should and will continue to spread throughout streaming, cable and network shows.

But on the film side, producers and studios obviously need to do a better job to make sure all people are represented moving forward.