The ABC’s Melbourne radio audience in the breakfast and mornings slots is less than half of what it was a year ago, according to the results of the latest ratings survey. 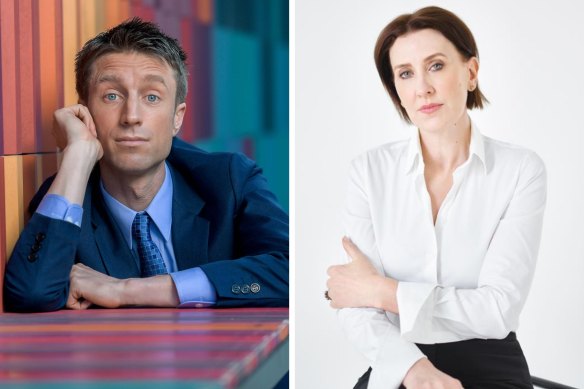 That represented a slight drop for Sammy J (from a 9 per cent share to 8.6) in the most recent survey, and a slight gain for Trioli (up from 7.5 to 7.7), but more broadly reflected the downward trend in the ABC’s listenership outside of times of crisis.

Across the entire week (all sessions, all seven days, excluding midnight to 5.30am), the average audience for ABC Melbourne has dropped from 68,000 to just 36,000 over the past 12 months

Talk rival 3AW, owned by Nine which also owns this masthead, has also suffered a decline in both share (down 1.2 points from the previous survey to a 14.5 per cent share) and audience, but it remains the clear leader in the Melbourne market.

The latest ratings survey covered the period May 22 to August 13, minus two weeks for school holidays. Audiences are measured by time slot rather than program, meaning results do not always correlate precisely with actual shows or presenters.

Both Ross Stevenson and Russel Howcroft in breakfast (down 1.5 to a 17.6 per cent share) and Neil Mitchell in mornings (down 1.3 to 17.7) dipped, but remain comfortably in front overall. They have both shed listeners from the same time last year – when Melbourne was in the grip of yet another COVID lockdown – but the fall away has been far less precipitous than it has been for the ABC.

The gap between 3AW on the AM dial and its nearest rival, FM station Gold, has narrowed significantly, though. Racking up its 21st consecutive victory as the top-ranking FM station, Gold suffered a small drop (down 0.2 points to an 11.8 per cent share) but is now just 2.7 points behind 3AW.

With his 18th straight FM breakfast win, Christian O’Connell might seem unassailable as the king of that space were it not for the fact there were big gains from a couple of rivals while the Englishman was going backwards (from an 11.2 percent share to 10.5). 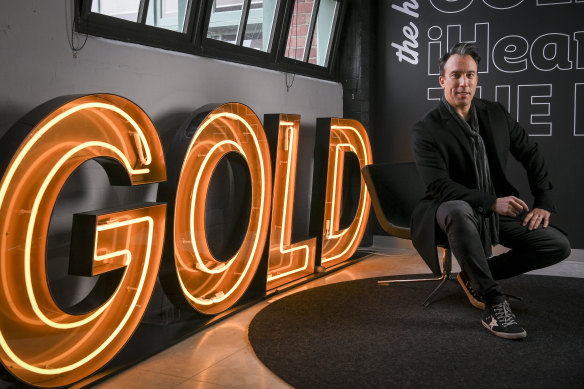 The big movers in this survey were Fox’s breakfast team of Fifi Box, Brendan Fevola and Nick Cody (up 1.2 points to a 9.5 per cent share), Nova’s Chrissie Swan, Sam Pang and Jonathan Brown (up 1.4 to 9.5 per cent), and Lauren Phillips and Jason Hawkins on KIIS, who climbed from 6.5 to 8.1 per cent share. In fact, KIIS enjoyed a lift across every session, to see its overall share grow 1.1 points this survey period.

One of the most significant shifts remains the defection of younger listeners from Triple J to Smooth FM. The shifts across the board for both were small this survey period – the ABC’s supposed youth station was down 0.2 points (to 3.7 per cent), while its “easy-listening” rival was up 0.1 (to 9.3 per cent) – but there was mass movement in the crucial 18-24 demographic, where Smooth gained 4.6 percentage points in that segment while Triple J lost the same amount.

In fact, more people aged 10-17 are listening to 3AW than to Triple J, a sure sign that the station is struggling in its stated brief of appealing to young listeners.