This time around, it wasn’t Antonio Brown who was topless.

Despite getting unceremoniously fired by his team last week, we’re told Brown was a “fun, happy guy” as he dropped new music at a strip club on the Upper East Side on Sunday.

But as usual, drama wasn’t far behind the NFL star — because security was on high alert for a woman he didn’t want to see.

On January 2, the Tampa Bay Buccaneers star removed his jersey midgame, threw it into the crowd and ran off the field, later claiming that it was in protest against a coach who tried to force him to play even though he had serious ankle pain. He was quickly kicked off the team.

But by the weekend Brown was contentedly working on his side hustle as a rapper, celebrating the release of his new song “Pit Not The Palace” at jiggle joint Sapphire.

“He was a fun, happy guy. He was dancing and taking pictures nonstop — engaging with everyone,” a spy told Page Six.

We’re told Brown — who released his debut track “Whole Lotta Money” in 2020 — was welcomed to the strip joint by a flock of photographers and once inside, “instead of throwing jerseys, he was throwing singles at the dancers and the crowd,” the source said. 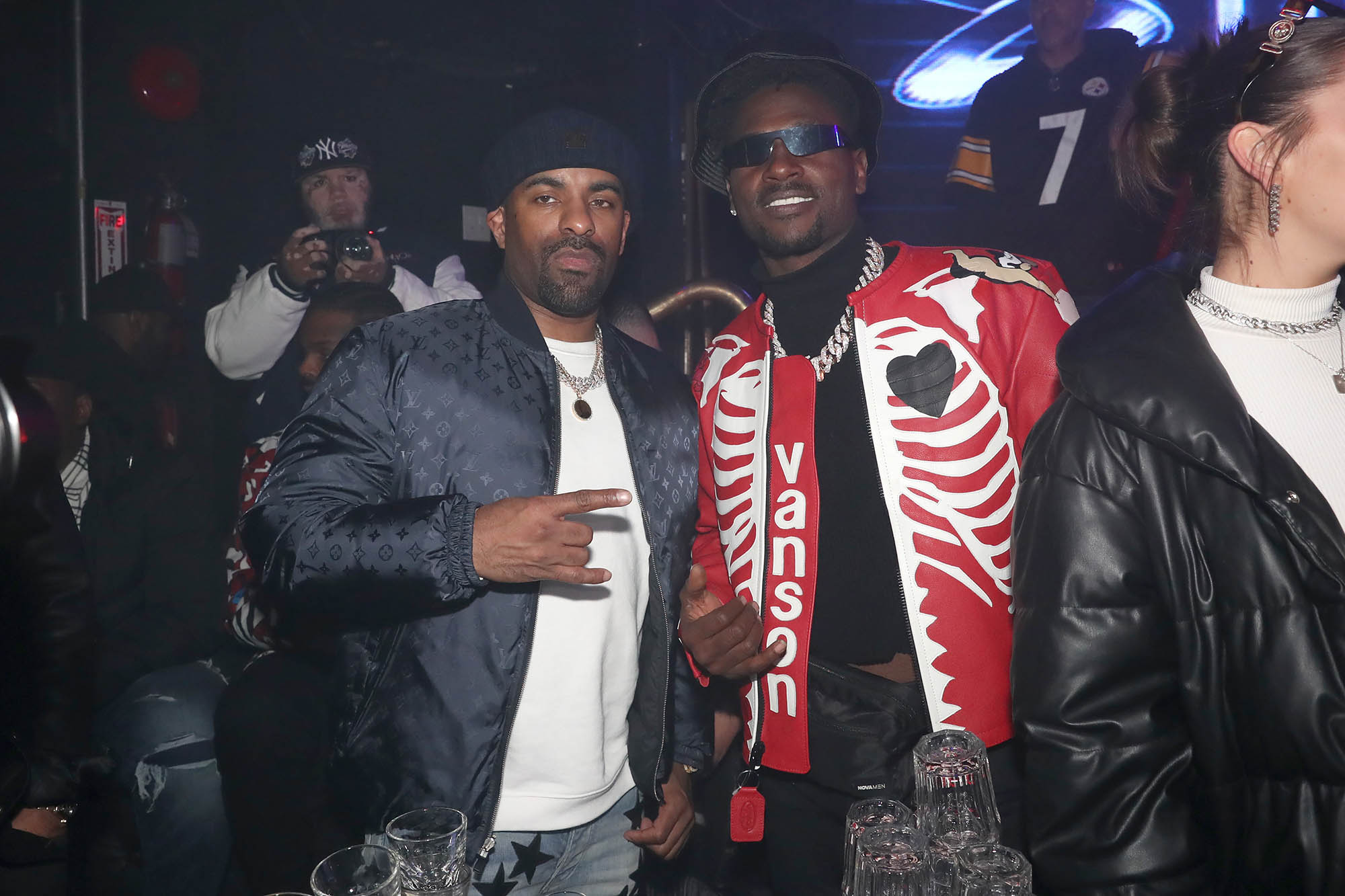 Brown hit the stage with Richie Romero, Andrew Stone and some of the dancers to perform his new single. The crowd threw money at him and he even gave them a little striptease by flashing his abs, we’re told.

Meanwhile, insiders told us the club took precautions in case model Ava Louise, who claimed to The Post that she and Brown hooked up before his on-field meltdown last week, was spotted at the venue.

“There were strict instructions not to let her in… or he wouldn’t ,” the insider said, “A few girls who looked like her weren’t allowed in because they weren’t sure if it was her.”

For someone who is suddenly unemployed, Brown has certainly been busy. His club appearance came after he donned a crazy fur jacket to shoot a music video for the song in the Diamond District over the weekend. On Friday, he was spotted at Harbor NYC celebrating Misa Hylton’s birthday. Hylton’s son with Diddy, Justin Combs, and Mary J. Blige also attended.

Publicist JP Andrade, who just launched The Born Pablo Collective branding company told us he and Brown are teaming up.

“We are planning to work together and there are very big things planned. We’re working on a project that will grow my new company and his music career. [We] plan on disrupting the entire entertainment industry,” Andrade said.