Greening Australia and the pharmaceutical giant AstraZeneca will begin a project to plant 25 million trees on degraded landscapes in what will be one of the nation's largest-ever privately funded restoration projects.

The project will result in around 20,000 hectares planted and 4.25 million tonnes of carbon dioxide sequestered over the next 25 years, equivalent to taking nearly a million cars off the road for a year.

The project is part of AstraZeneca’s efforts to reach net zero carbon emissions by 2025 and be carbon negative by 2030. As part of that project AstraZeneca has committed to planting 50 million trees around the world in a program called AZ Forest. Due to the Black Summer fires, the company decided to plant half those trees in Australia. 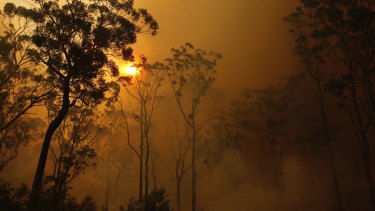 “Australia has a very tangible need for reforestation after last year’s devastating bushfires, so it makes sense to put our efforts where they are most needed,” said Liz Chatwin, AstraZeneca Australia and New Zealand president.

The project will rely on stock from seed banks that Greening Australia began expanding in February, with a $5 million top-up grant from the Morrison government's wildlife recovery funding.

The project will begin on Tuesday with the planting of 20,000 trees at Arthursleigh in the NSW Southern Highlands on land owned by the University of Sydney, and five million trees will be planted per year across Victoria, New South Wales, Western Australia, South Australia and Tasmania to reach a total of 25 million trees by 2025. 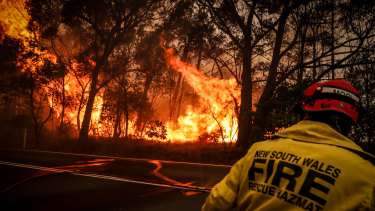 The new trees will be the equivalent of taking a million cars off the road for a year. Credit:Getty Images

The project will create and preserve habitat and habitat corridors for endangered species affected by the bushfires, with a focus on species such as Eucalyptus punctata and Eucalyptus melliodora trees to increase access to food supply for the koala and Regent honeyeater, as well as she-oak trees, an important food supply for the threatened glossy black cockatoo.

Other endangered species such as the sandhill dunnart, malleefowl, honey possum and black-gloved wallaby are also expected to benefit from increased habitat.

Under the Greening Australia program, private landholders with areas of high-priority landscape and habitat are identified and commercial arrangements are made so farmers can access funding to care for and preserve the new habitat. 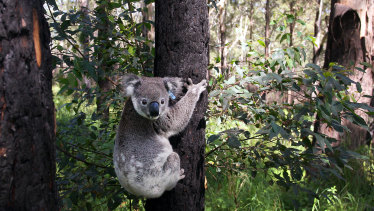 The trees will be chosen to help create habitats for species in need. Credit:Getty

According to Greening Australia chief executive Brendan Foran the project could create as many as 890 regional jobs over the next five years, engaging up to 150 Indigenous and non-Indigenous business subcontractors, seed suppliers and nurseries.

Mr Foran said, since he joined Greening Australia in 2010, the organisation had planted around 60 million trees, but that group was determined to scale up its operations to plant 500 million trees across 330 hectares by 2030.

The most important news, analysis and insights delivered to your inbox at the start and end of each day. Sign up to The Sydney Morning Herald’s newsletter here, to The Age’s newsletter here and Brisbane Times‘ here.

END_OF_DOCUMENT_TOKEN_TO_BE_REPLACED

END_OF_DOCUMENT_TOKEN_TO_BE_REPLACED
Recent Posts
We and our partners use cookies on this site to improve our service, perform analytics, personalize advertising, measure advertising performance, and remember website preferences.Ok