She was more interested in proposed versions featuring Beyonce and Will Smith.

After three different versions of “A Star Is Born” starring Janet Gaynor, Judy Garland and Barbra Streisand, was a fourth incarnation necessary?

If it’s one starring Lady Gaga and Bradley Cooper, the answer is not really … at least according to Streisand herself.

In a new interview with The Sunday Project looking back at her entire career, Streisand was asked about the 1976 film in which she starred with Kris Kristofferson. She said that when she heard a new version was going to be made, names like Will Smith and Beyoncé were being thrown out to star — and that was something she was into.

“I thought, ‘That’s interesting,'” she recalled, “Really make it different again, different kind of music, integrated actors. I thought that was a great idea. So, I was surprised when I saw how alike it was to the version that I did in 1976.”

“I thought it was the wrong idea,” she added of the 2018 remake, before acknowledging how successful the film wound up being.

“I can’t argue with success,” said Streisand. “But I don’t care so much about success as I do originality.” 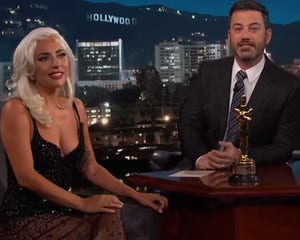 As Barbra noted, the 2018 movie was a massive blockbuster at the box office — taking in more than $430 million on a $36 million budget. It was also nominated for eight Oscar nominations, including Best Picture and Best Actress for Lady Gaga, and won for Best Original Song for “Shallow.”

Streisand’s 1976 film was also a box office success story and, just like Gaga, won her an Oscar for Best Song.

Streisand previously said that while she hadn’t yet watched the whole movie, she liked how the remake differentiated itself by starting with Gaga’s character working at a drag bar. “I thought that was new and interesting,” she said — while, in another interview, she revealed she advised Gaga to sing live throughout the film.