Home » Lifestyle » Before you join the Great Resignation, ask yourself these questions

Before you join the Great Resignation, ask yourself these questions

The Great Resignation was coined in response to the huge number of US workers quitting their jobs this year. Australia is predicted to follow suit around March as workers seek a fresh start after an exhausting couple of COVID-impacted work years.

But is it a legitimate hunger for change or a hasty reaction to working from home burnout? 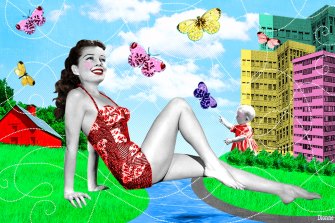 Careers coach Jane Jackson says it’s likely a bit of both, and is urging anyone considering changing jobs to do some deep contemplating first to articulate what’s driving your desire to quit.

“If you’re thinking about The Great Resignation [you need to] understand yourself and have career clarity – people mustn’t leave without knowing why they’re leaving and what they’re leaving for,” says Jackson, who is the founder of The Careers Academy and author of Navigating Career Crossroads.

“I’m a little bit concerned [that] it’s become such a trending topic – some people are thinking, ‘The Great Resignation is happening all around the world, I’m going to join in’ [often] without anything to go to.”

Jackson believes that after adapting so well to WFH, many workers have also discovered newfound confidence in their ability to change and are less willing to tolerate a job that they once may have stuck at.

“We’ve been forced into change over the past 18-20 months and people have realised, ‘Oh, I can adapt to something different’,” she says.

“Because they’ve had this taste of flexible work and enjoying being home a bit more, they’ve really reassessed, ‘How much do I really need to earn in order to be able to live the life that I want?’”

Social researcher Mark McCrindle is not at all surprised that so many people are rethinking their careers and priorities after the “biggest change to work in a century” coupled with unprecedented moves to regional areas.

“People have been up-skilling and re-training and saying to themselves, ‘As soon as I’m out of this cloudy era, I’m going to reposition my career’,” he says.

“People generally don’t leave at the end of the year – they want to have Christmas holidays knowing they’ve got something to go to [in the new year]. By the time we settle into 2022, assuming that the economy is still growing and COVID is under control, I think that’s when people will have the confidence to really start looking at their next chapter.”

Younger employees are expected to make up a large portion of the workforce choosing to pack in their current roles, with a recent Afterpay survey finding as many as 55 per cent of Millennials and Gen Z want to change careers.

Younger employees are expected to make up a large portion of the workforce choosing to pack in their current roles.

Data from people-management platform Employment Hero shows 31 percent of Australians cited lack of career opportunities as the top reason they wanted to leave, while 30 per cent reported no pay rise and 26 per cent said a lack of appreciation or recognition was swaying their decision.

It was this lack of career opportunity that saw Bel Sorrentino, 26, join the trend early, resigning from her fashion retail job last December after COVID stymied the designer promotion she’d been set to start.

She used lockdown retail closures to launch her own label Sorrentino Studios as a side hustle and by the end of 2020 was ready to join the great resignation and be her own boss full time.

“I felt so sick for a week leading up to resigning – I’d been in the job for a while and in the [economic] climate, you didn’t know what was going to happen,” she recalls.

“But I’ve got no regrets – I’m so happy. My income is not as stable and running your own label means you are constantly thinking about the financial side, but I’m so fulfilled.”

Before you throw in the towel, Jackson suggests doing a career inventory, writing down the hours, salary, culture, flexibility and work-life balance in your current role and comparing that to what’s likely in a prospective gig.

“Before you change jobs, you need to think about the values that really drive you in life – is it status, recognition, money, gaining knowledge, work-life balance? What is not being met in your current role that makes you want to make the change?” she asks.

“Make sure that you talk to people, you network and you do your research so that you know if the next environment is going to be better, the same or worse than what you’ve currently got.“

Sorrentino recommends anyone considering joining the great resignation has some savings to see them through.

“If you start planning now for your resignation and build your savings, it will calm you down. [I find] thinking about everyone else having a bit of anxiety about resignation [helps] you feel calmer knowing everyone goes through this.”

McCrindle also urges caution amongst all the optimism.

“We’re in an era where some level of risk assessment and caution is needed [if] they’re jumping out of one thing without a clear direction as to what’s next,” he says.

“Asset prices are not being based on earnings; we’re seeing similar things on the stock market; we’re seeing inflation start to rise a little; there’s geopolitical uncertainties in the region; and no one really knows what the next phase of COVID is going to do with variants.”

Can you tweak what you’ve got?

With flexible arrangements predicted to be the new norm, McCrindle says now could be a great time for employees to negotiate new conditions in their current workplace – especially if some of your colleagues have joined the great resignation and opened up new opportunities.

“If something is not quite right, why not take the opportunity to try to solve that?” he asks.

“You’ve got employers willing to be flexible and adaptive because they’ve had to be for a year and a half and they’re not in a position to deal with too much loss of talent and experience at this point. And if it’s done well and respectfully, employees may well get their wish.”

In fact, McCrindle says that employees who have been with a company since pre-COVID times may even find they’re valued bastions of culture and knowledge.

“The people that remember the pre-COVID ‘good old days’ are the safe-keepers of the culture and have a great role to play in bringing some of that back as people move back to in-office work,” he says.

When you decide it’s time to change roles, it can be tempting to spend every waking minute trawling job ads and tweaking your cover letter, but Jackson says sometimes job hunters ought to start the process with self-care to ensure they can put their best foot forward, especially after the tiring year many Australians have endured.

“If you really want to make a change, it’s important to ensure you have the energy and mental capacity to conduct a job search,” she says.

“When you’re burnt out, you won’t be projecting your best professional self – you need to take care of your mental health and your physical health and get enough sleep and good nutrition. If you’re able to take some time to rest and recuperate and have a little bit of downtime and thinking time, you’ll feel so much clearer in the way that you think about things or make decisions.”

She also suggests engaging a mentor, good friend or a coach to be a sounding board through the recruitment process.

“[Sometimes you can’t] see the forest for the trees and they can help you take a step back, get the clarity that you need [and work out] what is it that you really want to do next.”

Make the most of your health, relationships, fitness and nutrition with our Live Well newsletter. Get it in your inbox every Monday.