Sound advice! Colin Macy-O’Toole and Bobby Giancola reflected on costar Malia White‘s breakup with her ex Tom Checketts during an exclusive interview with Us Weekly.

Former ‘Below Deck’ Stars: Where Are They Now?

“Apparently he cheated on her. Nobody really knows. Obviously, I never got his side. But we would all hang out all the time and that’s just what happens,” Bobby, 36, exclusively told Us about the situation. 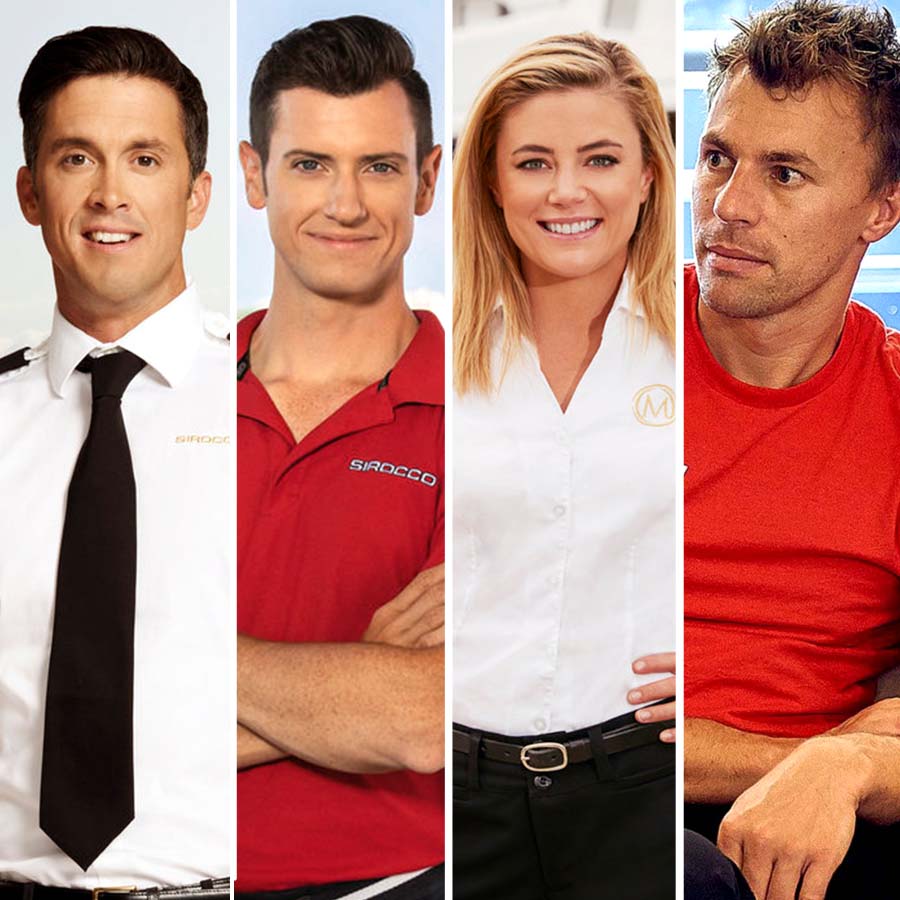 The yacht broker further explained that this is a pattern that exists in their industry.

“In the yachting world, which is kind of one of the reasons I wanted to get out of, you just can’t have a relationship unless you’re on the same boat,” he noted to Us. “Even then can be hard, because then you’re instantly living with your loved one and working together in small quarters right off the bat.”

The former deckhand admitted that “it’s best to just stay single” because the reality can get very messy otherwise.

Below Deck’s Biggest Drama Through the Years

“Everybody gets lonely and eventually somebody ends up attracted to somebody else and their inhibitions get low. Probably [from] drinking or partying. Then somebody makes a mistake,” Bobby added.

Colin, for his part, agreed that having a more structured schedule allows for more “drama free” relationships.

“Yachting, like Bobby said, you’re on top of each other 24/7, essentially,” the Below Deck Mediterranean alum clarified. “If you are single there’s probably going to be a little more hookup situations.”

Malia, 31, confirmed in September 2020 that she split from Tom after they worked together on season 5 of the Bravo show.

“My personal life seems to be quite the topic at the moment. I am not on Twitter. I don’t do a lot of Instagram Lives, so I thought I would send out a message in my own words,” the bosun said in an Instagram video at the time. “Yes, Tom and I have split. The details surrounding all of it I am trying to keep a little private just out of respect to him and I. But yes, I am single.”

More recently, the reality star opened up to Us about how she found out that the chef was allegedly cheating on her.

“Yeah, we were, you know, working on different boats,” she told Us in July. “It was in the pandemic [that] had just happened. So, it was impossible for us to see each other. It was right when the show is coming out, it’s obviously a lot going on in our lives. And, yeah, he found someone else on his boats, and I didn’t know for a couple of months.”

Malia clarified that she learned the news “through a friend” before “all hell broke loose” between the pair. Tom has not commented on the split or on the rumored infidelity at this time, but fans did see him trying to contact his ex during season 6 of Below Deck Med. (Us Weekly reached out to Tom for comment last month.)

‘Below Deck’ Cast Through the Years: A Guide to Who’s Dated Who

For the Bravolebrity, the relationship offered her a lesson about working with a partner on the same boat.

“I think, in hindsight, I probably would not have loved for him to come on the show. I was never really dying to work with him on the show. I kind of wished we would’ve kept those two things separate. I think that would have helped our relationship a lot,” she added.

Below Deck Mediterranean airs on Bravo Mondays at 9 p.m. ET. New episodes will drop one week early on Mondays on Peacock.

Below Deck Galley Talk airs on Bravo Fridays at 8 p.m. ET. A new episode will air at a special timeslot on Monday, August 9 at 8 p.m. ET.

With reporting by Mandie DeCamp