Blake Jenner alleged Melissa Benoist also abused him during their marriage, but apologized to the star for his actions, including throwing an iPhone at her face. 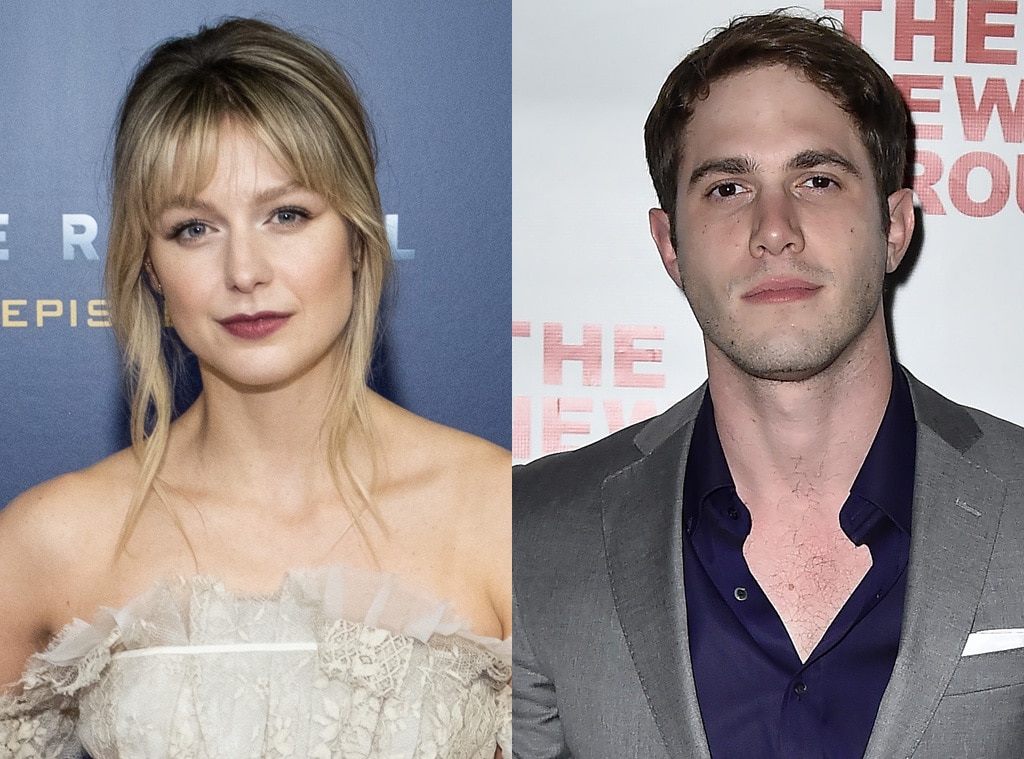 In the lengthy statement posted to his Instagram on Thursday, Oct. 8, the actor wrote that in the 11 months since the actress went public with her claims, he's reflected on their time together, explaining that he stayed silent "out of shame and fear." He continued, "But I know this is something that needs to be addressed, not just publicly, but also privately with the individual directly affected and with myself."

He went on to explain that his marriage to Melissa was filled with "moments of jealousy, bouts of insecurity, and volatility," which he claimed was caused by broken childhoods.

Blake then added that he wanted to divorce Melissa, but chose not to out of a sense of obligation. "Even in those moments where I was determined to leave because it would have been the healthier choice, I felt as though I couldn't leave when someone I loved was asking me to stay. It was a relationship with a foundation rooted in co-dependency, which had dire consequences," he explained.

Blake also stated he takes "full responsibility and accountability" for being "emotionally, mentally and yes, physically" abusive towards the Supergirl star. He confirmed he did throw his phone at Melissa, but claimed that it was done so "in a moment of frustration" and that he threw it "aimlessly."

"I froze in a state of shock and horror as my then-partner screamed in anguish, her eye immediately swollen shut from the impact of the phone," he recalled. "It's a moment that I will regret for the rest of my life. She sat there crying and I can only imagine the pain, fear, and shame she must have felt in that moment. If I could do anything to take it back, I would."

Blake continued, "However, as hard as it has been to come to terms with it and as hard as it is for me to even describe that moment in detail now, whatever the intention may have been I am responsible for the pain that I caused her in that moment and beyond. And it is something I am still working on forgiving myself for."

However, he wrote that it's "important" to share his account of their time together, because she allegedly "inflicted" pain on him as well. He stated, "I also do believe that when allegations and information are brought forth about someone, that accountability goes both ways and one has a right to defend oneself when deemed necessary."

The star went on to claim "there was mental, emotional and physical abuse inflicted from both ends," writing that he and Melissa consulted with a therapist on how to end the "toxic cycle" they were stuck in.

But they never broke the cycle, with Blake blaming Melissa for beginning the "mental and emotional abuse."

"I was made to pass on numerous jobs and opportunities because of jealousy of perspective [sic] female co-stars. I was discouraged from and threatened to not develop relationships with and take photos with female co-stars at professional events. Threats and derogatory comments were made regarding female colleagues I had worked or was working with," he alleged. "I was made to feel guilty for working as I received calls from my former partner while I was away, threatening self-harm out of depression and a deep-seated feat [sic] of abandonment."

He also claimed Melissa "scratched," "slapped" and "punched" him on numerous occasions, forcing him to "conceal and make up lies about many visible injuries." Blake also alleged, "I was physically assaulted in the shower, leaving me with a traumatic injury that I do not want to delve into at this time."

As for Melissa's account, he claimed there are "discrepancies" in her version of events. However, he stated he wouldn't discuss these details out of respect for his ex and to avoid further discussion on the topic, stating, "That is the last thing I believe anyone wants."

He returned to his motivations for speaking out now, almost a year later, explaining that this is part of his healing process. "In speaking about my experiences, I wish there was a way to convey that it is truly not my wish to drag her down in any way. This is something that I feel as though many people do not understand: I want her to heal, but I, too want heal—and I chose to believe that the two are not mutually exclusive," he shared. "And I think that has probably been one of the most difficult things to navigate because it feels as though my voice no longer matters, Ultimately, however, I want to be the man that I know I can be, extending empathy onto others, and living a life of forgiveness. For others. And for myself."

Blake concluded his statement by once again apologizing to Melissa. He stated, "There are many things that I wish I could have done differently; and while I wish it did not take the pain that was suffered throughout the course of our relationship, I will never regress to making the same mistakes ever again. I will never stop doing the work necessary to better myself in all areas of my life. I wish you and your family nothing but good health, joy and love."

He concluded, "After nearly four years since we parted ways, I can unequivocally say that I know who I am and know that I have grown and learned from the mistakes I have made throughout a long period of self-examination and work, but very much understand that I can always learn and continually grow; and I know that is not a lone journey."

E! News reached out to Melissa's rep for comment but has not heard back.

The CW star previously recalled her experience with domestic abuse in Nov. 2019, but did not name her abuser. Instead, she described her former partner as being younger than her and quite mature.

Like Blake, she alleged that she was manipulated and isolated from friends during the course of her relationship. However, she claimed things turned violent.

"The stark truth is I learned what it felt like to be pinned down and slapped repeatedly, punched so hard the wind was knocked out of me, dragged by my hair across pavement, head butted, pinched until my skin broke, shoved into a wall so hard the drywall broke, choked," she recalled. "I learned to lock myself in rooms but quickly stopped because the door was inevitably broken down. I learned to not value any of my property—replaceable and irreplaceable. I learned not to value myself."

She also recalled the time he threw his iPhone at her eye, which she said motivated her to leave him once and for all. She claimed, "The impact tore my iris, nearly ruptured my eyeball, lacerated my skin and broke my nose. My left eye swelled shut. I had a fat lip… Something inside of me broke, this was too far."

Since divorcing Blake in 2016, Melissa has since married Supergirl co-star Chris Wood, who she welcomed her first child with this summer.

END_OF_DOCUMENT_TOKEN_TO_BE_REPLACED

END_OF_DOCUMENT_TOKEN_TO_BE_REPLACED
Recent Posts
We and our partners use cookies on this site to improve our service, perform analytics, personalize advertising, measure advertising performance, and remember website preferences.Ok