Home » Lifestyle » Britney Spears Gets Married! — Parents, Sister and Sons Weren't There, But These Celebs Were

Britney Spears Gets Married! — Parents, Sister and Sons Weren't There, But These Celebs Were

Spears' first husband, Jason Alexander, was arrested and booked after he tried to crash the festivities, streaming it live on Instagram.

After an unexpected bit of drama and activity before the big moment, Britney Spears and Sam Asghari reportedly tied the knot in an intimate ceremony on Thursday, June 9.

Streaming live on Instagram, Spears’ first husband, Jason Alexander, surprised her security — and pretty much everyone else — when he tried to crash the wedding, per TMZ, shouting that Spears was his first and only wife and even insisting she’d invited him. 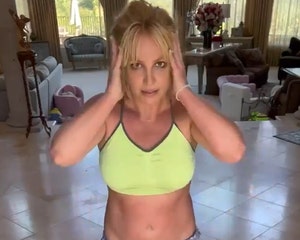 TMZ additionally reports that Alexander was arrested and booked for trespassing, vandalism and two charges of battery for getting physical with Spears’ security. The outlet says he remains in custody at this time.

It seems pretty unlikely that Alexander had an invitation, though, when you consider who else in Spears’ life didn’t have one. Her sons with Kevin Federline, 16-year-old Sean Preston and 15-year-old Jayden James were not  in attendance, and neither were here parents, Lynne and Jamie, or her younger sister, Jamie Lynn.

While Spears’ sons opted out of attending, per several media outlets, Federline’s attorney told TMZ that Federline and the boys “are happy for Britney and wish her and Sam all the best going forward.”

Spears has not been shy in expressing her frustration and outright anger at her family as she fought and ultimately secured her independence out from under a conservatorship that had come to dominate her life and professional career. 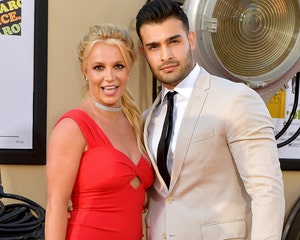 Even though it was an intimate affair, though, Spears and her new husband Sam Asghari did have some A-list celebrities in attendance, including Donatella Versace, whom Britney previously called the “mastermind” behind her dress.

Drew Barrymore, Madonna, Selena Gomez, Maria Menounos, Paris Hilton, and her mom Kathy were among the 60 or so total guests, per People. Versace shared a short video to her Instagram Stories of her making her way to a limousine in black.

After the ceremony, Asghari’s manager Brandon Cohen, told People, “I am very ecstatic this day has come, and they are married. I know he wanted this for so long. He is so caring and supportive every step of the way.”

There have been no glimpses yet of Spears’ dress, or of her and Asghari on their special day. Both have been silent on their usually active Instagram pages — but they did kind of have a thing going on.

According to People, Spears walked down the aisle to Elvis Presley’s “Can’t Help Falling in Love.” Congratulations to the happy couple!