Britney Spears gets to choose her own lawyer in conservatorship case

Britney Spears has won the right to choose her own lawyer to help her end the 13-year-long conservatorship that controls her personal and business affairs, the New York Times reported.

The Los Angeles judge overseeing the conservatorship on Thursday approved her choice at a hearing three weeks after the singer made an emotional address in which she called the arrangement abusive. 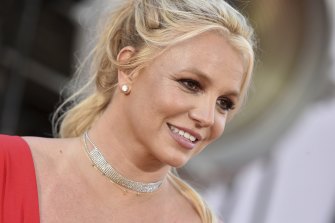 With the hearing still in session, the newspaper reported that former federal prosecutor Mathew Rosengart would take the place of the court-appointed attorney who has been representing her since 2008. That attorney, Samuel Igham, stepped down last week.

Spears, 39, made clear in emotional testimony last month that she wanted to bring an end to the legal arrangement, calling it abusive, stupid and embarrassing.

In June, the pop star complained of restrictions on her freedom. She said she had been prevented from marrying or having more children, and she was compelled to take medication against her will.

Spears was placed under the conservatorship in 2008 after a mental health breakdown. Her mental health issues have not been publicly disclosed.

Rosengart’s first job is likely to be filing a formal document asking for the conservatorship to be terminated.