sex and the city

Bridget Moynahan returns as Natasha on ‘And Just Like That…’ set

To paraphrase Anthony Marantino: “The lead wore a dress by no one.”

Last week, Sarah Jessica Parker was photographed on the set of HBO Max’s buzzy “Sex and the City” reboot wearing a paisley-printed maxi dress that was quickly identified as Forever 21 by @justlikethatcloset, an Instagram page devoted to tracking the revival’s wardrobe in detail.

Suffice to say longtime fans of the series were not pleased to see their perennially stylish heroine pivoting from designer duds to (gasp!) fast fashion.

“Can’t you let us dream a bit? Forever 21 is a no,” one person commented on the post, while another simply wrote, “Carrie would NEVER.”

But it wasn’t long until another brand cast doubt on the dress ID; over the weekend, Venice Beach boutique Raga, whose wares are stocked at Anthropologie, claimed the look as its own on social media.

While some seemed relieved — “Thank god it’s not Forever 21,” one person commented — others remained unconvinced.

“You can tell if you compare them side by side they are not the same. Many details are different,” one skeptic wrote, referencing the brown wooden buttons and colorful tassel ties on Raga’s “Avah” ruffle-strap maxi ($145); SJP’s look featured white buttons and a simple drawstring waist.

“Why would [a] stylist purchase yours and modify it to match the cheaper dupe? Make it make sense,” the commenter added. 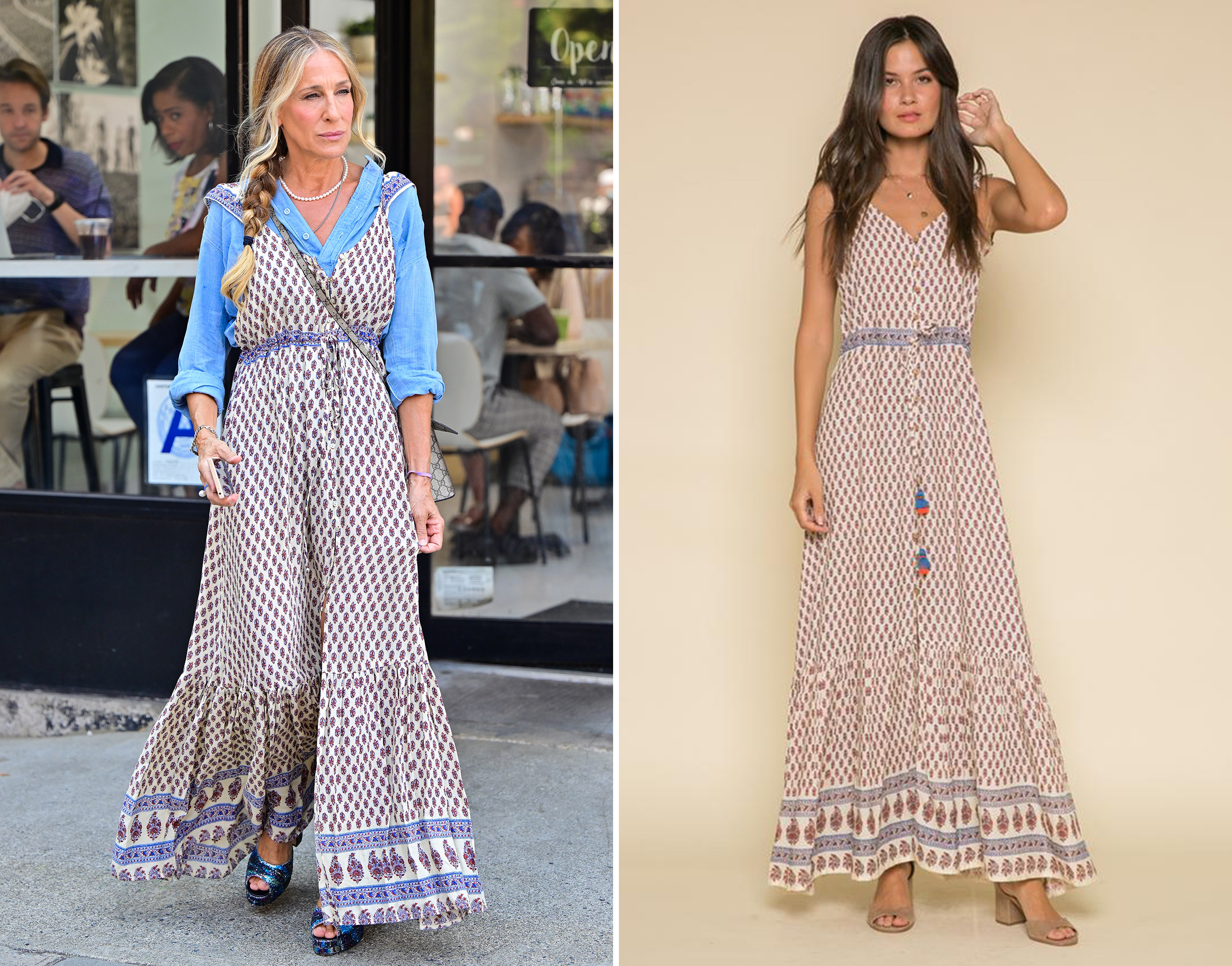 Chelsea Fairless and Lauren Garroni of @everyoutfitonsatc, who’ve been cataloguing “Sex and the City” looks for half a decade, are doubtful that Carrie would ever go the fast fashion route.

“We were slightly skeptical of this theory from the beginning, because we can’t imagine a world where SJP would see a Forever 21 dress hanging on a rack and not run screaming in the opposite direction,” the pair posted on Instagram Sunday.

But a tip from costume designer Danny Santiago — who along with Patricia Field protégée Molly Rogers is overseeing the “And Just Like That…” wardrobe — has more or less put the debate to rest.

“We recently learned that the dress was purchased without a label, so [its] true origin will remain a mystery,” Fairless and Garroni added.

Page Six Style has reached out to Santiago for further comment — but at the end of the day, perhaps the source of the apparently tag-less dress isn’t the real issue here.

As one @everyoutfitonsatc commenter put it: “The look is still a mess regardless of whoever made it.”