Amanda Schull, Zoe Saldana, Ethan Stiefel and Sascha Radetsky reunited to discuss the impact that Center Stage continues to have on their lives 20 years later. 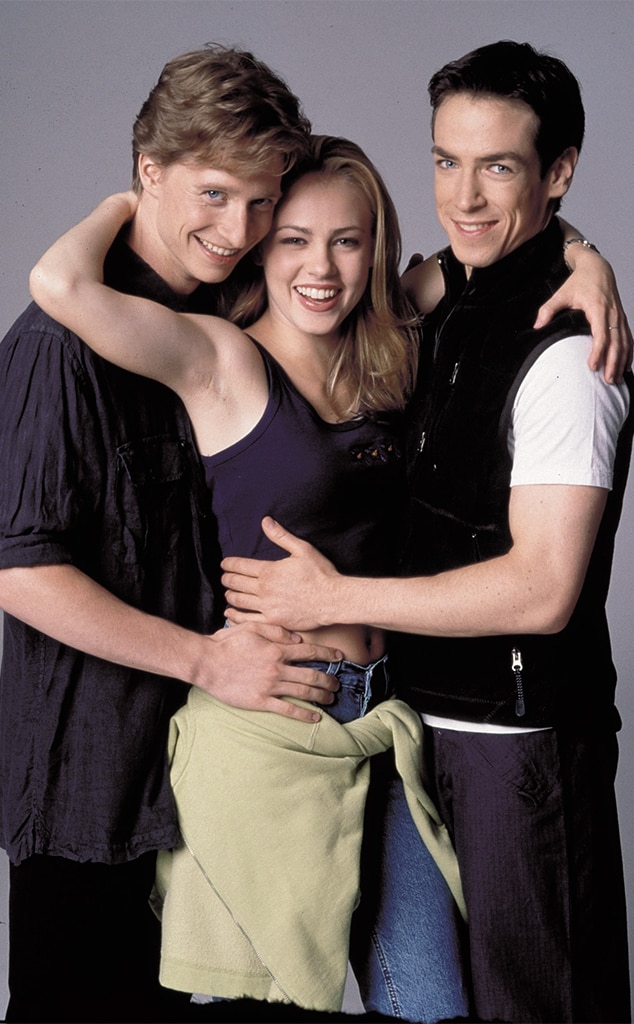 Amanda Schull, Zoe Saldana, Ethan Stiefel and Sascha Radetsky are reuniting to discuss the impact that Center Stage continues to have on their lives 20 years later.

As fans of the drama will recall, this film was one of the first dance focused movies of the early 'aughts, with Julia Stiles' Save the Last Dance following the next year.

It launched the careers of Amanda and Zoe, both of whom admitted during the reunion that this movie helped them realize that they truly wanted to devote their life to acting.

As Zoe explained it, she had given up on becoming a dancer prior to landing the role. "Booking Center Stage was beyond my wildest dreams… Two or three years before that I moved back from the Caribbean to New York and I wanted to continue and try to maybe pursue a professional career in ballet. But I was incredibly discouraged with the lack of diversity in the classical form of dance," she shared, adding that this role "sealed the deal" of her becoming an actress.

Speaking of diversity, they all touched on the importance of representation in this film, particularly in putting an end to the stereotypes of male dancers. They each said that since making the film, they've heard from countless fans who felt empowered by their characters.

The Truth About the Royal Family's Reaction to Princess Diana's Death

Sascha remarked, "All of us who are men in the dance world have stories of harassment or just stupid stuff growing up because there are some stereotypes associated with male dancers. And unfortunately they seem to endure but yes, Center Stage I think has been really effective in dispelling some of those stereotypes and opening people's eyes to the beauty, power, athleticism and other ineffable virtues of dance and male dance in particular."

Ethan agreed, adding that he knew this role was a "huge responsibility."

Conversation later turned to more lighthearted topics with Ethan revealing that his infamous bike scene was added to the film after he was casted, largely because of his passion. He explained, "It just seemed to fit Cooper's approach and point of view."

They also talked about deleted scenes, kissing and more behind-the-scenes moments, which you can hear about in the above video.

The reunion, hosted by the American Ballet Theater and moderated by CNN's Poppy Harlow, comes as the movie is being made into a series by Sony Pictures. Details are forthcoming, but it's safe to say the show will be en pointe.

END_OF_DOCUMENT_TOKEN_TO_BE_REPLACED

END_OF_DOCUMENT_TOKEN_TO_BE_REPLACED
Recent Posts
We and our partners use cookies on this site to improve our service, perform analytics, personalize advertising, measure advertising performance, and remember website preferences.Ok