The FBI is looking into allegations that 21-year-old Cheer star Jerry Harris solicited sexually explicit photos and sex from minors. Get the latest on the investigation. 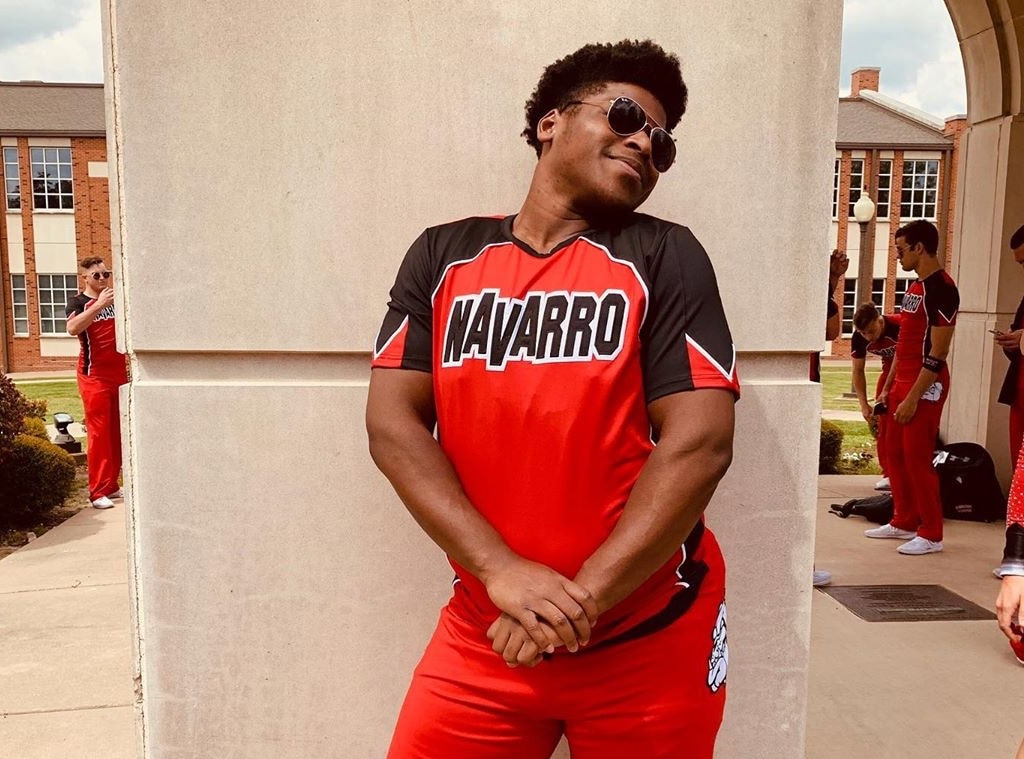 Jerry Harris is being investigated by the FBI.

According to USA Today, who cite multiple sources, authorities are looking into allegations that the 21-year-old Cheer star solicited sexually explicit photos and sex from minors.

The publication reported that agents executed a search warrant on Monday, Sept. 14 at a home in Naperville, Illinois as part of the investigation. E! News has yet to independently confirm the property is Jerry's house.

"The FBI is conducting court-authorized law enforcement activity in the area," Chicago FBI special agent and public affairs officer Siobhan Johnson told E! News. "There is no further information at this time."

In response to the report, a spokesperson for Jerry told E! News, "We categorically dispute the claims made against Jerry Harris, which are alleged to have occurred when he was a teenager. We are confident that when the investigation is completed the true facts will be revealed."

E! News has learned that none of the allegations involve any physical contact and the accusations are from when Jerry was a teenager.

According to USA Today, the criminal investigation is based on allegations that were reported separately to police by Varsity, a private company in the cheerleading industry.

In an August letter to police in both Florida and Texas, Varsity's chief legal officer Burton Brillhart said the company had learned of "inappropriate sexual conduct" allegations made against Jerry.  As a result, they were reporting the information to authorities.

"As a result of the recent allegation, we have barred this person from having any affiliation with Varsity Brands or any of its subsidiaries or affiliates, now and in the future," Burton wrote via USA Today.

In a statement to E! News, Varsity said, "We can't comment on an active law enforcement investigation; we continue to cooperate with authorities in their inquiries on this matter."

E! News has reached out to police and has yet to hear back. Jerry has not been criminally charged with a crime.

Fans first met Jerry when he appeared on Netflix's hit show, Cheer. The docu-series followed a group of Navarro College cheerleaders in their quest for a national title. Thanks to his positive mat talks, Jerry quickly developed a large fan base with more than 1.2 million Instagram followers. In fact, Ellen DeGeneres invited him to cover the 2020 Oscars on the red carpet.

His most recent Instagram showcased the love he has for his Cheer teammates and coach Monica Aldama. "Family isn't always blood," Jerry wrote. "It's the people in your life who want you in theirs. The ones who accept you for who you are. The ones who would do anything to see you smile, and who love you no matter what."

END_OF_DOCUMENT_TOKEN_TO_BE_REPLACED

END_OF_DOCUMENT_TOKEN_TO_BE_REPLACED
Recent Posts
We and our partners use cookies on this site to improve our service, perform analytics, personalize advertising, measure advertising performance, and remember website preferences.Ok