Home » Lifestyle » Covid shut our museum for the first time in 180 years: volunteers got me through

Covid shut our museum for the first time in 180 years: volunteers got me through 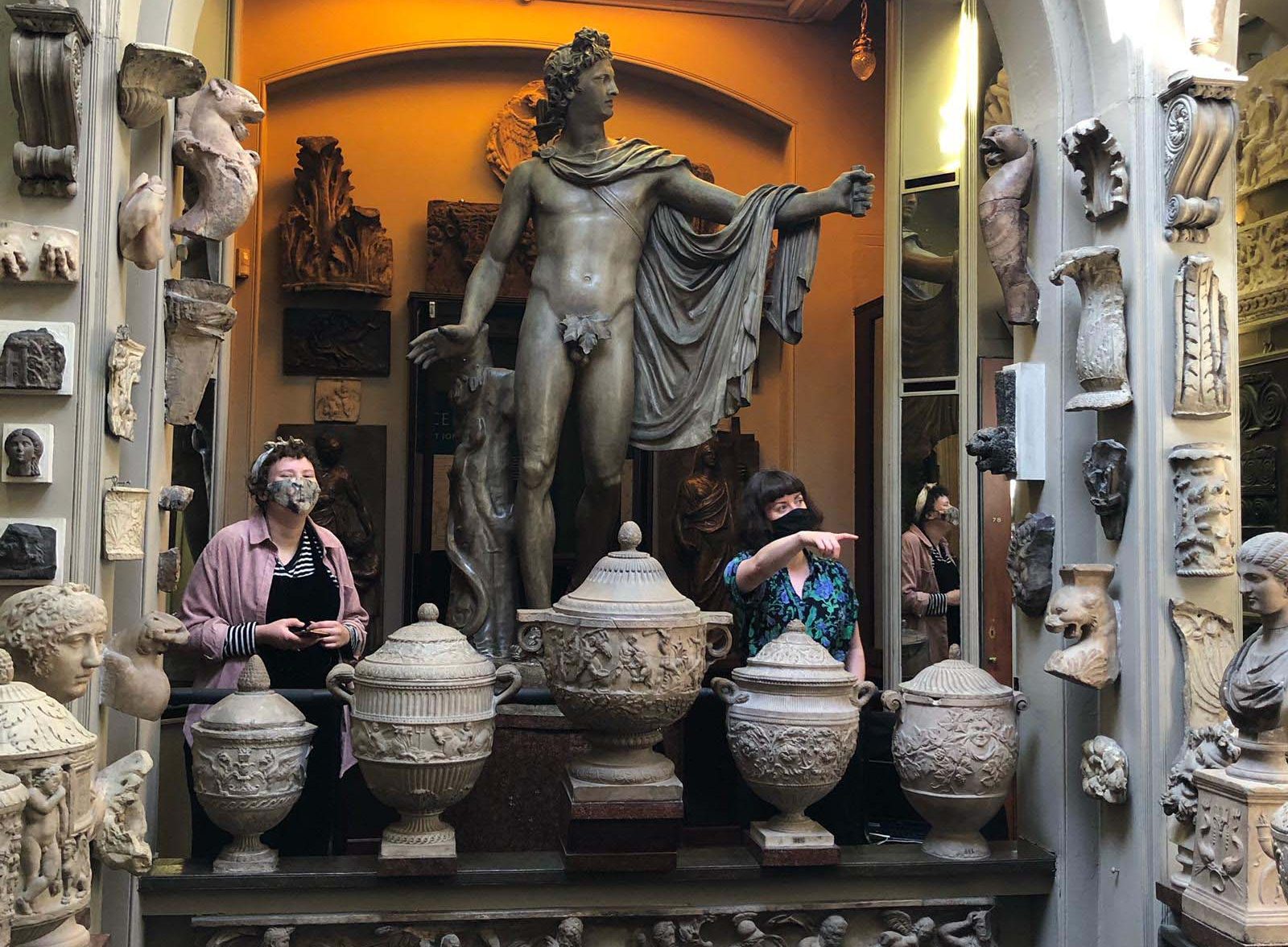 When I first visited Sir John Soane’s Museum 14 years ago, I thought it was going to be your run-of-the-mill historical house.

But as soon as I walked in, I was absolutely blown away because it’s not like any other museum across the UK. It’s essentially a temple to architecture at the back of a grand property that features elaborate passageways filled with brilliant natural light.

Sir John Soane’s house, museum and library – at No.13 Lincoln’s Inn Fields – has been a national museum since the early 19th century. He was a famous architect and a dedicated collector of paintings, sculpture, architectural fragments, books, drawings and furniture.

After his death in 1837, a Board of Trustees took on the responsibility of preserving his house and collection – as they continue to do today.

As you’re making your way through the museum, it truly feels like you’re on an adventure and after that very first visit, I fell in love.

So I jumped at the opportunity to become the museum’s volunteer manager five years ago, which means overseeing around 100 volunteers from all over the world, ranging from 16 to 80+ years old – and it’s been an absolute dream come true.

Most of my teen years and 20s were spent volunteering in museums and doing unpaid internships with the National Trust and smaller museums like the South Wales Miners Museum, so I know what it’s like to want to get the most out of the experience.

I like to describe my role at Sir John Soane’s as someone who looks after everyone who donates their time to the museum. So on top of recruiting and training, I support our team of volunteers to ensure they get what they want from the role.

A majority of our volunteers are volunteer visitor assistants, which means they help our visitors understand what on Earth they’re looking at – as we don’t have written interpretations of the artworks or objects.

Our team help to interpret spaces and objects like the crypt with the famous sarcophagus of pharaoh Seti I, and the unique Colonnade – a long sequence of columns – accompanying a cast of the Apollo Belvedere sculpture.

We also have volunteers assisting in departments like retail, learning and development and we have an amazing youth panel helping us to advise on what young people would like out of museums.

Without this army of people, there’s no way we’d be able to do the work we do. That includes when the pandemic hit last year and the museum was forced to close for – as far as I’m aware – the first time since it opened in 1837.

I wasn’t furloughed so I was mostly working from home but also part of a staff rota to ensure the museum was as secure as possible and in case of emergencies, such as flooding.

It felt odd to have no visitors or volunteers but also lovely to appreciate the museum at its most peaceful state.

Lockdown was an emotional time for all involved because our voluntary team are all passionate about what they do, but we could no longer see them.

This meant I had to find ways of making sure everyone felt connected and supported.

So we devised a ‘Postcard from the Soane’ initiative that encouraged both volunteers and staff to send in things that they were doing as a little snapshot to stay connected. There were lots of pictures of flowers and baking and it was just a really lovely way of keeping in touch with everyone.

We also did weekly interviews spotlighting different people in the team, Q&As with museum directors, a film club, countless zoom quizzes and even a Christmas party complete with a silly raffle – all in an effort to keep spirits high.

Then in October, we were allowed to reopen and the mood was electric. I didn’t think we’d have many people coming back – just because some might be shielding – but we were inundated with around 50 volunteers ready to go.

They’re not just volunteers, they’re an invaluable part of the museum and it struck me just how passionate everyone was.

So we re-trained every one of them to adhere to social distancing – which was hard because we all love to talk! – and opened the museum doors once more.

During pre-pandemic times, only 90 visitors are allowed in the museum at any given time so we had to reduce our capacity even further in line with social distancing, to under 30 people, which was difficult.

The demand for tickets was through the roof and we’d usually have lots of international visitors but it was all just people from London looking for things to do.

Unfortunately, we were open for just 25 days in total before we were forced to close once more.

When we were plunged back into lockdown, it was devastating but we just resumed everything we were doing online and readied ourselves for when we were allowed to reopen again.

Thankfully – as of 17 May – that’s been possible and it feels like a new beginning. In preparation, I recruited and trained or retrained all of the volunteer staff, which was quite hectic. But it’s been a whirlwind and we’ve been busier than ever.

Our current exhibition is called Romance of Ruins and it’s really good because it showcases a series of poetic watercolours made on an expedition to discover ancient Greek ruins in Ionia (in modern Turkey) and Athens in 1764. I would really love to travel again at the moment and the exhibition is helping to reduce my wanderlust.

What I love about the Sir John Soane’s Museum is that nothing’s behind glass or in a case – everything’s just everywhere. It’s all just barnacled around the museum and it’s gloriously eccentric – much like we all are.

Everyone is so friendly and without all of their time and effort, we wouldn’t be able to do what we do. I can’t thank them enough and I look forward to welcoming even more volunteers into our lovely family.

Volunteers’ Week takes place 1-7 June and highlights the amazing ways people can give back and help others. To get involved click here.