Does it really matter who wrote the book? Why Father’s Day lists need more women

“Reads for Rad Dads” says the promotion from the Dymocks bookstore chain for Father’s Day tomorrow. I’m not sure what a Rad Dad is, but he seems to like reading books about men, written by men.

Father’s Day books divide into two categories. One is children’s books that dads can read to their kids. Bluey’s dad, Muffy’s dad and the rest of the dads can be daggy and silly and make terrible jokes, but they are all adorable.

The other category is adult books for dads to read when relaxing from parenting duties. Here’s where I hoped booksellers and publishers might be taking up an opportunity to get past the usual stereotypes about what blokes want to read and promote books by both men and women, about anything at all, as long as they are good books. 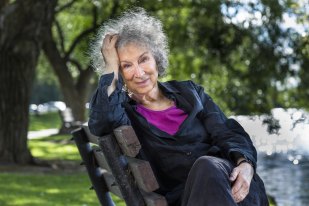 Margaret Atwood is one of the world’s bestselling writers, but only 19 per cent of her readers are men.Credit:Liam Sharp

But it seems we still have a way to go. I did a quick count of the books in the Dymocks Father’s Day catalogue. Rad Dads are offered a total of 133 books by men and 25 by women.

There are no books at all by women listed under sport, and all these books are about male heroes. Not a single woman writer turns up on the lists for business and finance, fantasy, mindfulness and food and drink.

Then I checked Hachette’s list of six books that will get “Dad’s stamp of approval” – yes, all by men – and “eight stories dad can enjoy”. Seven of these are by men. The eighth, Jennifer Cossins’ The Daddy Animal Book, is a children’s book for dads to read to their kids. Readings’ recommended adult books for Father’s Day is a more balanced list: 17 by men, 12 by women.

No doubt the industry expects higher sales from promoting mostly men’s books. And why not let the blokes read what they want? Does it really matter who wrote the book? 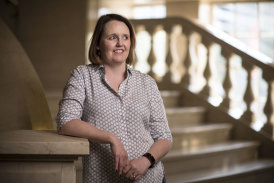 If you know a dad who likes crime fiction, he should try Dervla McTiernan’s books.Credit:Wolter Peeters

I think it does. Most of these books are bought as presents by Rad Mums or Rad Kids. They usually have a good idea of the reading interests of the dad in their lives, and it would not be hard to find books by women to meet those interests, if they were more widely promoted.

Mary Ann Sieghart, who wrote about men’s reluctance to read women’s books in her book The Authority Gap, feels men are missing out. “Men can gain a huge amount from broadening their minds and their tastes,” she writes in The Guardian. “It opens their eyes to what it’s like to live as a woman in the world, the first step to learning empathy.”

So if you’re looking for a last-minute present for a Rad Dad, please consider the few women on the Dymocks list. Is he a military history buff? Try Christine Helliwell’s Semut. A thriller fan? Go for Dervla McTiernan’s The Good Turn. A true crime devotee? Pick Meshel Laurie’s CSI Told You Lies. He’ll be happy.

The Booklist is a weekly newsletter for book lovers from books editor Jason Steger. Get it delivered every Friday.